What's behind door number 11 of the RPS Advent Calendar, you ask? Not sure. Could be a shortcut. Could be a giant boss. The door itself has an unusual posture. 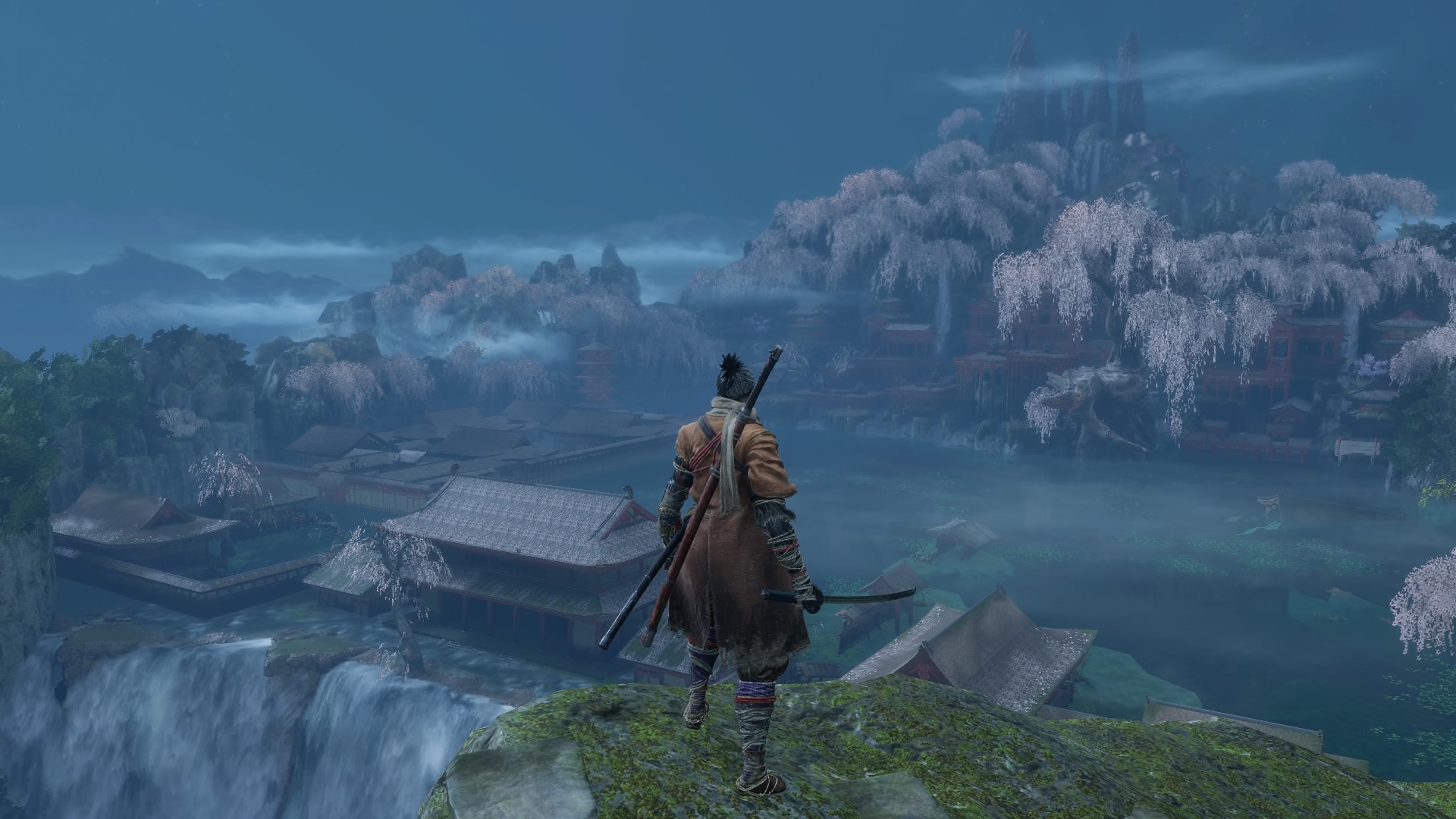 Dave: FromSoftware have always done something in their games to surprise me. In Sekiro: Shadows Die Twice, that thing was this mad lad in Ashina Tower. He got a lot of us, in fairness. Sekiro is a game full of surprises, some that are terrifying and others that are empowering.

Combat is very precise, more so than perhaps any other FromSoft game, with parrying and managing posture - a gauge in combat that's roughly analogous with the poise stat in Dark Souls - making all the difference between life and death. That said, if you do die, you can get back up - provided that you have enough charge to resuscitate yourself and have another go. Does it make the game easier? No, not by a long shot.

Sekiro is exquisitely crafted. It was even pleasure to write guides for it. In fact, the only thing I don't like about it at all is the bit where you chase an invisible monkey across rooftops.

Video Matthew: Wait, Sekiro has invisible monkeys? Reader, a confession: despite voting for Sekiro, I have yet to complete it. I’m still stuck on that motherfucker in the tower. Everyone tells me that this is the make-or-break point in Sekiro, the moment where you prove your grasp of the fundamentals and, in doing so, that you have the skills to comfortably face whatever is to come. Which, I’m now told, is an invisible monkey. This is not how I expected this story to go.

It’s an ignoble way to end (temporarily, I hope) my Sekiro journey, which is otherwise my favourite FromSoftware game to date. The ninja fantasy is more compelling than the corpse knight fantasy or the Whatever The Hell Is Going On With The Guy In The Coat In Bloodborne fantasy. And that dash of Tenchu DNA - in the grappling ropes and stealth kills - makes linking my way from boss to boss that bit more varied and exciting.

Hilariously, I’ve got a popular Sekiro tips video on YouTube, despite it ending at the precise point I’ve not yet been able to beat. That I managed to spend a very happy 30 hours in these opening areas - another fantastic FromSoft network of surprise shortcuts and interlinking cleverness - speaks to the pull of this world and its combat. Far from the sluggish stamina dance of earlier games, Sekiro asks you to push forwards and break an enemy’s spirit. Too many games pander to my timidity, and it’s refreshing to be coaxed out of my shell. Well, halfway out of my shell. Come on, don’t judge: there are invisible monkeys out there.