From Software's latest game - Sekiro: Shadow's Die Twice, has made a massive impact, and a recent patch was released that fixed one of the boss fights to how it was intended. There's plenty to discover about From Software's latest game. With the last boss falling to our katana and ninja gadgets, we've now got a complete compendium of all the boss battles in Sekiro: Shadows Die Twice, how to beat them. There's also plenty of other secrets that you should be aware of. If you just want tips to get you started, we have plenty of those as well.

Our Sekiro: Shadows Die Twice guide hub has tips for fighting every one of the main bosses in the game. It also feature a primer on skills, what exactly Dragonrot is and how to cure it, along with some general tips and tricks for those new to From Software games, and indeed tips for veterans who may find this game a little different from what they were expecting. Since the first edition, there have been a few secrets, endings, and other details that each have their own guide for you to peruse. 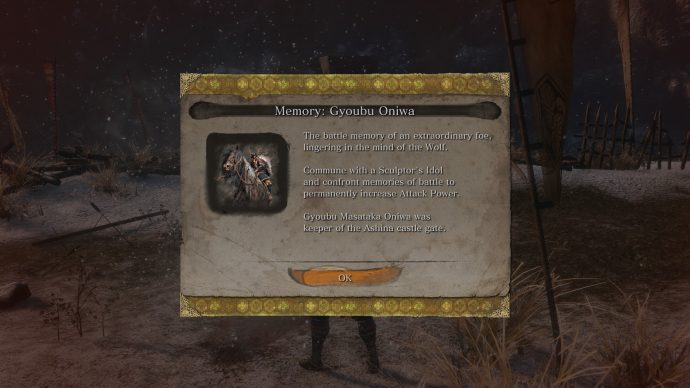 Unlike Dark Souls and Bloodborne, Sekiro doesn't feature a traditional experience system. Any experience you do get goes into skill levels, meaning that your actual stats are upgraded via other means. Defeating the sub-bosses will reward you with a prayer bead, which you need four of to upgrade your health at the Sculptor's Idol. Defeating main story bosses gives you their memory instead, which upon redeeming it at the idol will bolster your physical attack. You can also upgrade your attack with five skill points if you have the mask completely assembled - for how to do just that, our Sekiro: Shadows Die Twice masks guide should sort you out. There are other upgrades that you get by defeating certain bosses which improve how much you heal for when using restorative items. 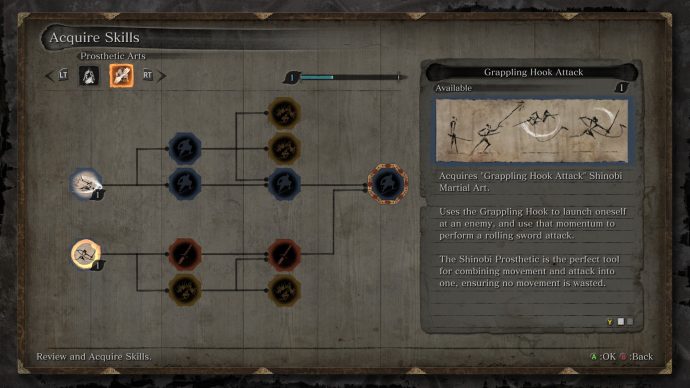 As you progress through the game, you'll be handed scrolls by various NPCs. These scrolls require skill points, which are accumulated through normal play by defeating enemies. Dying does reduce your experience that you've accumulated that level by half, but it should not wipe any full skill points earned. It's a little more forgiving in this regard. That said, there are ways to farm experience and I highly recommend looking at our Sekiro: Shadows Die Twice skill point farming guide for more information on accumulating experience quickly.

Once you've gained the scrolls and some skill points, head to any Sculptor's Idol and select Acquire Skills. You'll then be given a list of skills depending on how many of the trees you have unlocked. While we will go into the individual skills as we delve further into the game, I highly recommend taking the Mikiri Counter passive skill from the Shinobi Arts tree, and the Combat Arts skill "Whirlwind Slash" that you'll need to equip in the pause menu. These will get you started with some techniques, along with the equipable Prosthetics that you can turn into the old man at the shrine.

Eventually you'll also unlock Ninjitsus. These are similar to combat arts in that you need to equip them, but their use is situational - for example, one requires you to backstab an enemy first - and it costs Spirit Emblems to activate.

Here's an interesting tip mid-combat. If you use the Bite Down item, or its unlimited use version - Hidden Tooth - just before you die, the black stripe that blocks out the rest of your lives will not appear upon resurrection. This effectively doubles your chances of succeeding in any fight. Once you've run out of revive stocks though, the Hidden Tooth/Bite Down item will just kill you outright, so try to not accidentally use it on your last life. 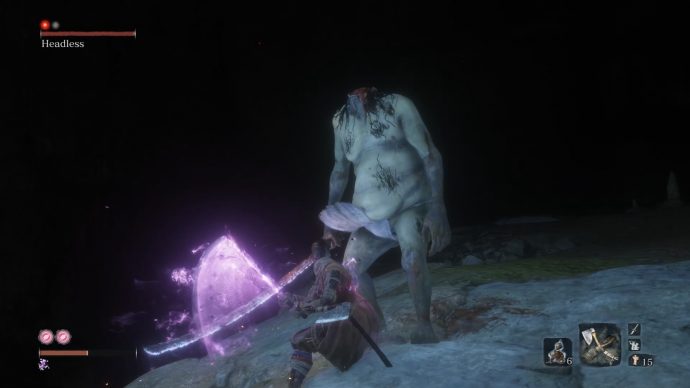 Where to get lots of Divine Confetti

Divine Confetti is an item that you should always have on your person, because some enemies are significantly harder to deal with without them. While they're definitely helpful against most enemies by default, they are best suited for the Headless and Shichimen Warrior fights. Find out why in our Sekiro: Shadows Die Twice Headless and Sekiro: Shadows Die Shichimen Warrior guides respectively.

The enemies you're seeking are the samurai chaps inside of Ashina Castle - the ones clad in blue garb. They're found close to the Sculptor's Idol in Ashina Castle - Upper Tower Antechamber. They are the only enemies that drop this item and the recent patch notes - details of which can be found in our Sekiro: Shadows Die Twice patch notes guide. 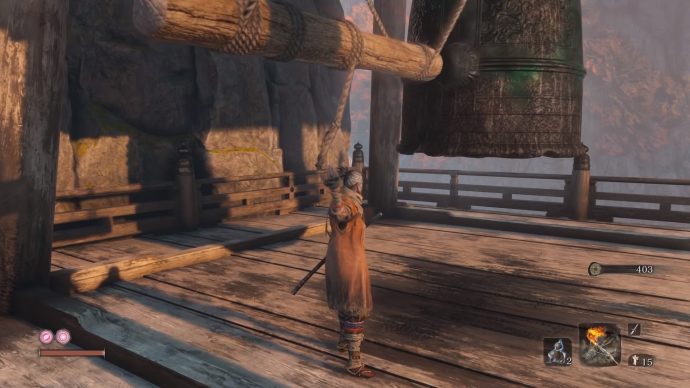 How to unlock harder enemies in Sekiro: Shadows Die Twice

Are the enemies proving not to be much of a challenge? In Ashina Outskirts, close to where you fight the Chained Ogre, there is a bell that you can ring to trigger hard mode. To get there, leap into the building, go past the guards in the next area and instead of going towards the snake, head around the perimeter. There'll be a sign that warns of a monster that people couldn't kill with their normal weapons. Swing across to the branch, jump to the ledge and shimmy across it, ignore the Headless as you jump down (our Sekiro: Shadows Die Twice Headless guide will help you if you want to fight him), and go through the hole until you find a note and a wall with a painted man. Hug the wall and it will take you into a room with a claw man. Turn to the left and head outside to find the bell.

You can also get here from the Shugendo Idol in Senpou Temple. From the Idol, head up until you reach the bridge with the Armored Warrior. Turn around and head towards the small garden of figurines and pinwheels. There's a small path to the left as you approach. Jump down to the platform, then leap to the wooden path just behind you. Follow it around and leap across, making sure you grab onto the ledge. You now can't return. Take out the lizards as you make your way up. When you wall jump, make sure you pick up the White Pinwheel. Continue onward to find the door to the bell. This way also has some more items that aren't otherwise accessible, so ensure you head this way at least once. The shortcut has the added bonus of giving you a route back to Ashina Outskirts once you trigger the endgame state in one of the endings.

Ringing it will give you a "Sinister Burden", which makes enemies a tiny bit, but not overwhelmingly tougher. The same can't be said for bosses, which do get significantly more aggressive. Of course, you are able to reverse this at any time by using the Bell Demon item you obtain from ringing the bell. This will cause the demon to leave, reducing the strength of enemies around you, though ringing the bell again will give you another one. They do stack as well, in case you really want a big challenge. 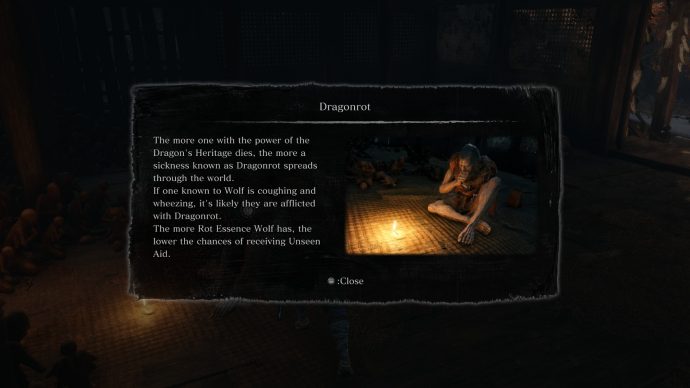 Even though Sekiro is more accessible than any other From Software game out there, it has many ways to throw you a curveball. One such thing is Dragonrot - a mysterious illness that afflicts NPCs as you perish in battle - meaning that yes, you are causing this with your constant dying. Doing so will reduce "Unseen Aid", which can prevent you losing Sen - the game's currency - and half your experience towards a new skill level upon dying.

Play through the game, revisiting the Shrine until you see the doctor - Emma - go to tend to the old man in the temple. She'll ask for a sample of blood. This can be found from the second character who the game lists among the infected, which can be anyone from the old woman or her son close to the Outskirts Wall - Gate Path Sculptor's Idol. The merchant just a little way back from the Chained Ogre boss fight can also become infected. Regardless of who it is, take the blood sample and return to Emma. When you next speak to her, she'll give you a Dragon's Blood Droplet to use at the Idol in order to cure everyone who is affected.

After this point, there are a few things to note about Dragonrot. It can reinfect people who have been cured, but merchants across the world of Sekiro will offer the cures on sale for a small amount. You can also stockpile one extra cure to use when you need it. 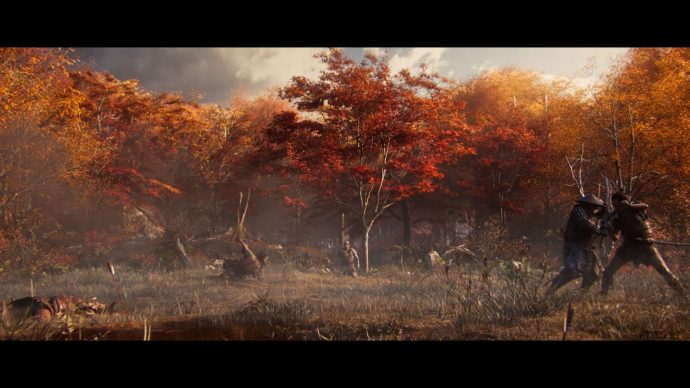 Finally, before we disappear back into the game, we've got a bunch of tips and tricks that you may want to keep in mind as you wade your way through countless enemies and over the deep chasms below. Since there are now so many, I've now separated them into categories.

And there you have it. While all the bosses have been conquered and some secrets found. Do be sure to check back whenever you need to, and we'll see more updates as soon as From Software announce some expansions for the game.