Here it is then: officially the best game of 2019. Prepare for takeoff. 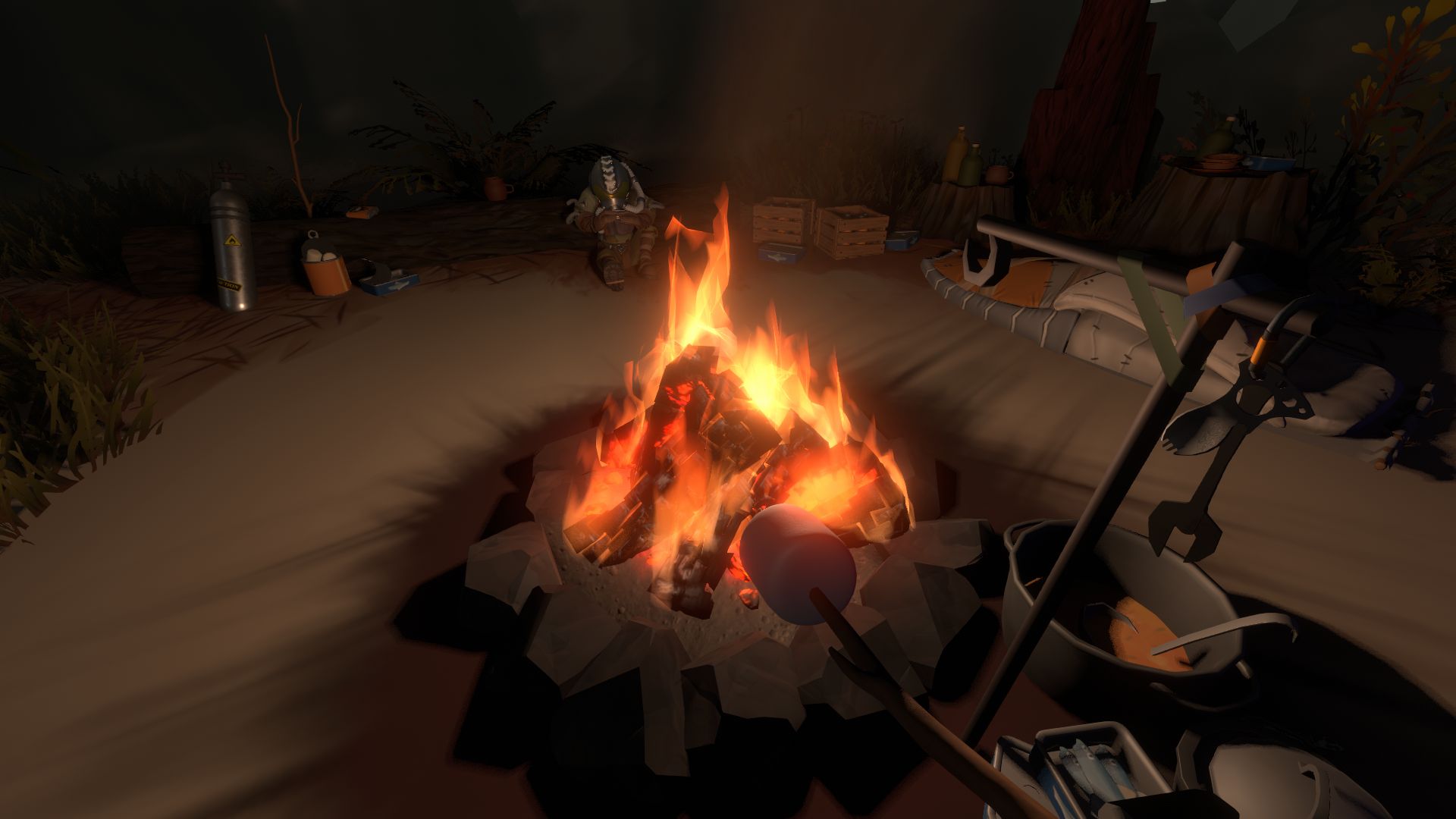 Alice Bee: In Outer Wilds you are a member of a small race of aliens, who live on a very small planet (its moon is almost the same size as it is). But still, your people looked to the stars, and have been doing space travel for a few years now, in ships that look like big fish tanks with a coupla bins and an outboard motor duct taped to them. When you raise your scanner to the skies, you can pick up your fellow 'nauts, the ones who went before you, playing instruments on distant worlds. It's such a lovely feeling of hope, of going beyond what you can reach and trying to do the impossible. Good thing to have as we go into 2020.

The catch in Outer Wilds is that the sun in your small solar system goes supernova, roughly every 20 minutes - but you wake up at the start of the day again, every time. So the challenge is to solve the puzzle of the entire universe, almost. Each time you take to the skies you are a little more prepared.

You're a little bit better at piloting your ship. You know how to reach the heart of the Dark Bramble, but haven't figured out what to do with the knowledge you found there. You know that there's something to be found at the black hole, but maybe you're not ready to go there yet.

To play Outer Wilds is to hold a beautiful little kaleidoscope in your hands, and to see something new each time you look through it. 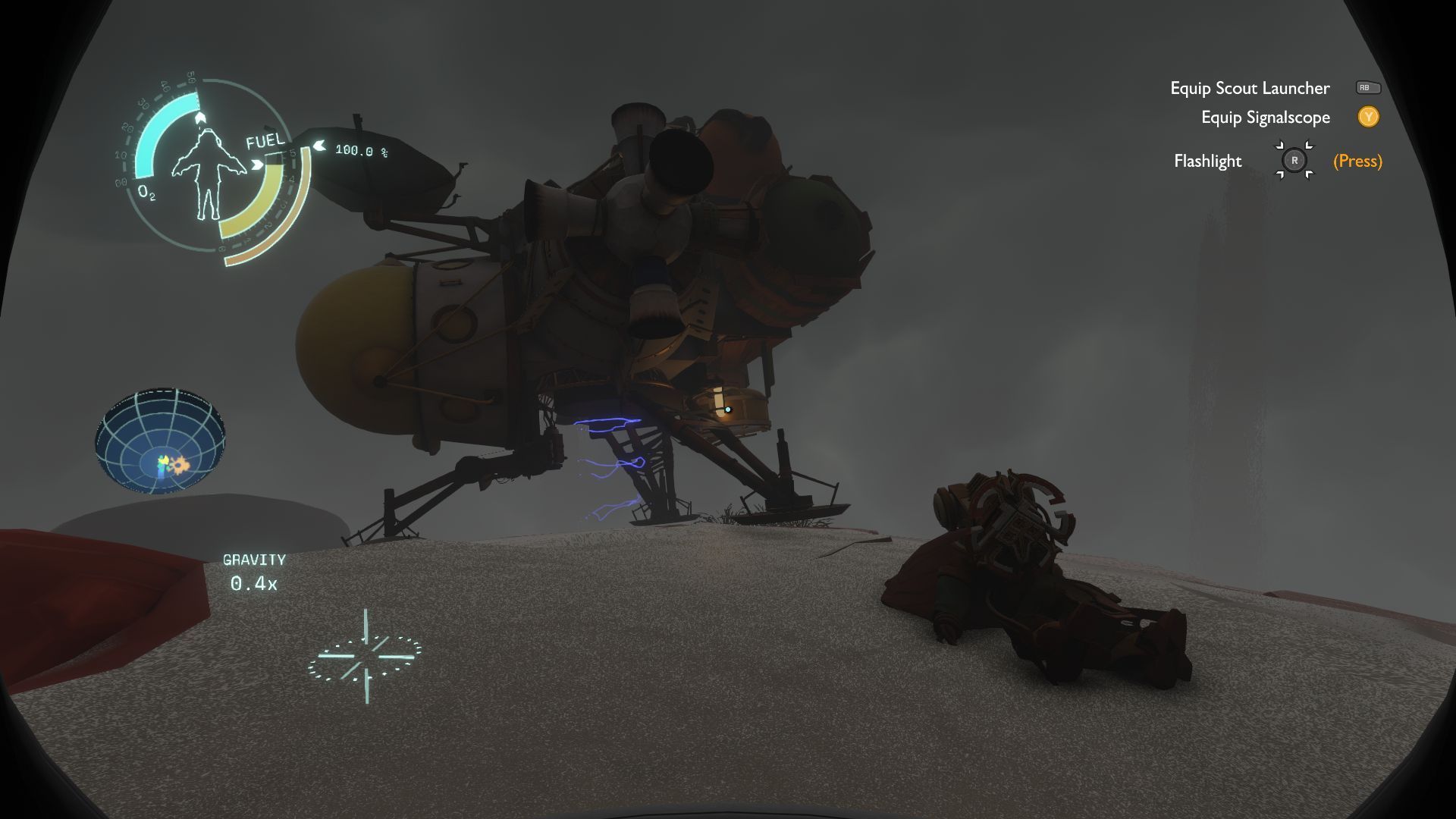 Katharine: Outer Wilds is cut from the same cloth as Return Of The Obra Dinn and Heaven's Vault - that is, games that give you a nice juicy mystery to solve with almost zero clues on how to go about it - and it turns out I like these sorts of games very much. Who knew!

What elevates Outer Wilds above Heaven's Vault for me this year, though, is a) I like its version of a spaceship a lot, but also b) watching quantum rocks disappear in and out of existence, cruising super quiet through reefs of deadly, giant angler fish, sailing into a cyclone and getting accidentally chucked into space and falling through a black hole on the other side of the universe is more exciting! And chewier, and knottier, and more teasing for my brain. It's everything I could hope for in a game, and it's all backed by a jaunty yet melancholic soundtrack that somehow manages to make getting obliterated by the end of the universe the most peaceful experience on the planet.

I love that this epic space detective drama was such a surprise, too. It's great when a game comes out of nowhere and completely knocks the socks off you, and I would like to see more of that in 2020, please.

Alice L: This game was a lot of fun. I, however, was very bad at it. I streamed the whole thing and was judged by my viewers on my flying skills, my landing skills, my detective skills, and literally everything else I did kind of wrong. But that couldn't diminish what a wonderful game this is. Absolutely beautiful, genuinely unforgettable. And that ending. Oh boy.

Dave: I also struggled a fair bit with the flying at first, but soon I realised it didn't matter. Death is inevitable in The Outer Wilds, but the Groundhog Day structure means that it doesn't matter if you stack it directly into the sun because you told the autopilot to fly you to a planet on the other side of it. But it also makes exploration and discovery a that much more special.

I'll never forget the feeling when I discovered what was happening with the twin ember planets - rocky, sandy places orbiting the closest to the sun, as they orbited each other. They're also an hourglass of galactic proportions, with a pillar of sand falling in a roaring space-waterfall from one of them, and gradually filling the caves and canyons of the second. You have limited time to explore the latter, and can only explore the former near the very end of a cycle.

Outer Wilds has an emphasis on discovery and symbolism that we rarely see in games. I recommend that, after you finish Outer Wilds, you read Kaleidoscope from Ray Bradbury's short story collection The Illustrated Man. They're startling similar in their central themes. 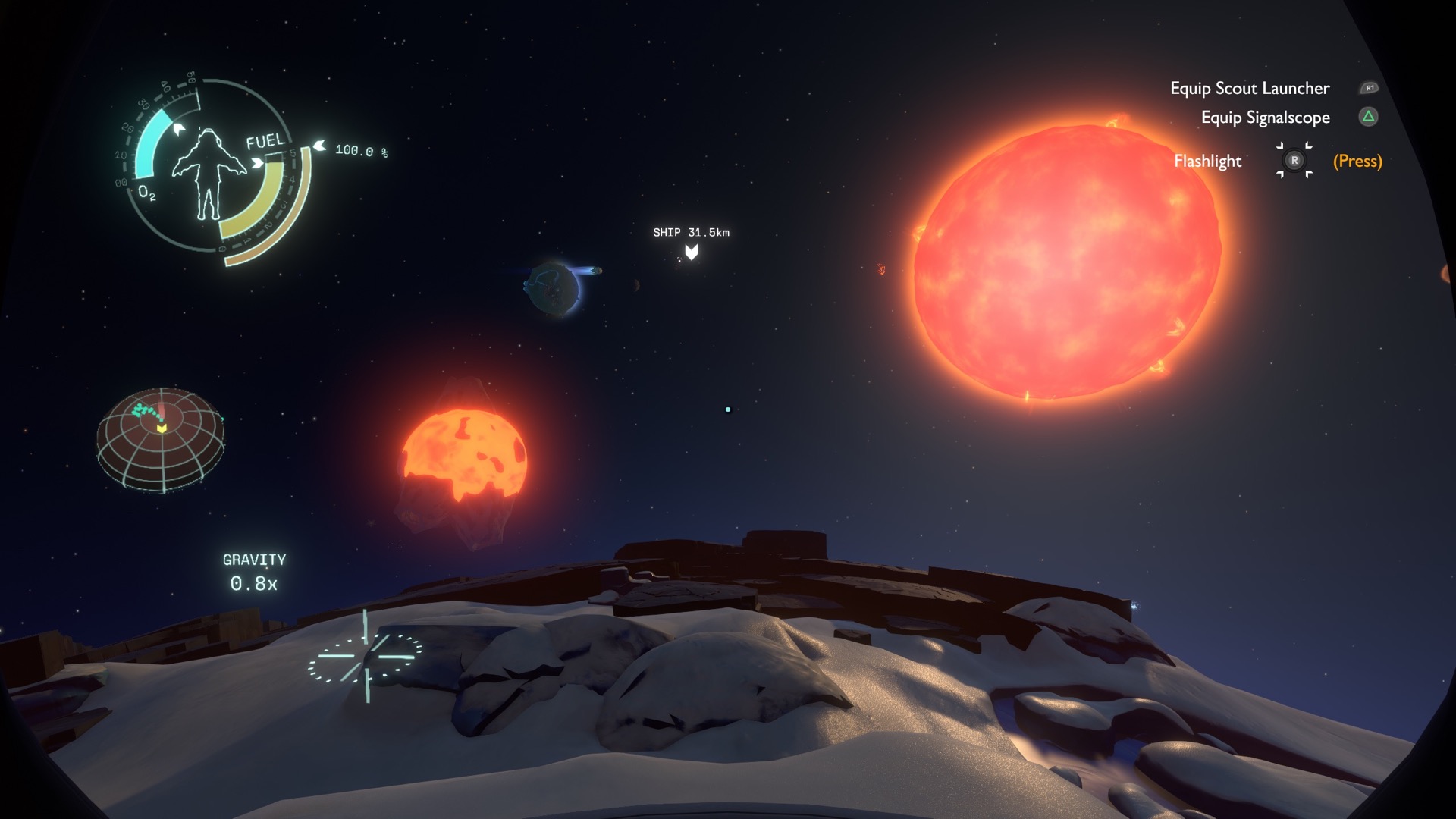 Nate: 2019 has been the first year I've ever ended feeling genuinely guilty for not managing to play all the big deal PC game releases. Historically I've been content to sit in my bubble, sinking hundreds of hours into my chosen vices and letting the rest pass me by. But now this is my job, I feel like I ought to have at least had a wiggle with all the landmark releases, so I've got something to say about them. Hence my sadness that I'm hurtling towards the end of the year like a bin bag full of sick falling from the roof of a multistory carpark, and I've not found time for the Outer Wilds.

I think maybe the word "mystery" put me off, as I have a complete absence of whatever mental wiring makes most people intrigued by a who/what/whydunnit. I enjoy discovery, and the piecing together of an understanding, but once something's framed with the M word, I cross the street to avoid it. It's why I've missed out on Obra Dinn too, despite being assured I'd love it. Totally irrational.

Anyway, we had our company Christmas din-dins recently, and over a withered log of turkey, Katharine totally sold me on the Outer Wilds. She's a very good explainer, and managed to get me properly thrilled about the idea of the game, in a way that completely sidestepped any mention of obligation to solve a mystery.

Maybe, as happened with famous literary duck Scrooge, there's still hope for a Christmas miracle. Maybe I'll wake up on the 25th and roar out of my bedroom window for an urchin to run to old Mr Steam's shop, and buy me the fattest copy of Outer Wilds hanging in the window. Maybe. But I'll have to finish Lightning Returns first.

Matt:  No game has made me curse my impatience like the Outer Wilds. It has so many wonders to discover, but it also asks you spend an awful lot of time trudging back to them. Waiting is woven into the fabric of the Wilds, with such cleverness that I can hardly complain. Honestly, I go on about how much I like surprises, then something spectacular like this comes along and I get uppity about having to earn them. It's my fault I haven't finished. I'll be back.