After making Thomas Was Alone and John Wick Hex, intense cyberpunk solitaire wasn't exactly what I was expecting from Bithell Games. Yesterday, the studio announced The Solitaire Conspiracy, a new game in the developers' experimental "Shorts" series, which previously brought us the sci-fi adventures Subsurface Circular and Quarantine Circular. This new Short is a step away from those, though, placing you in the shoes of a Spymaster tasked with taking down a supervillain… with playing cards.

"So... what if Solitaire, but extra, with powers and a full FMV storied campaign, time attack and skirmish modes!" Bithell tweeted.

Alright, so it's a tiny bit more complex than Windows Solitaire, then. 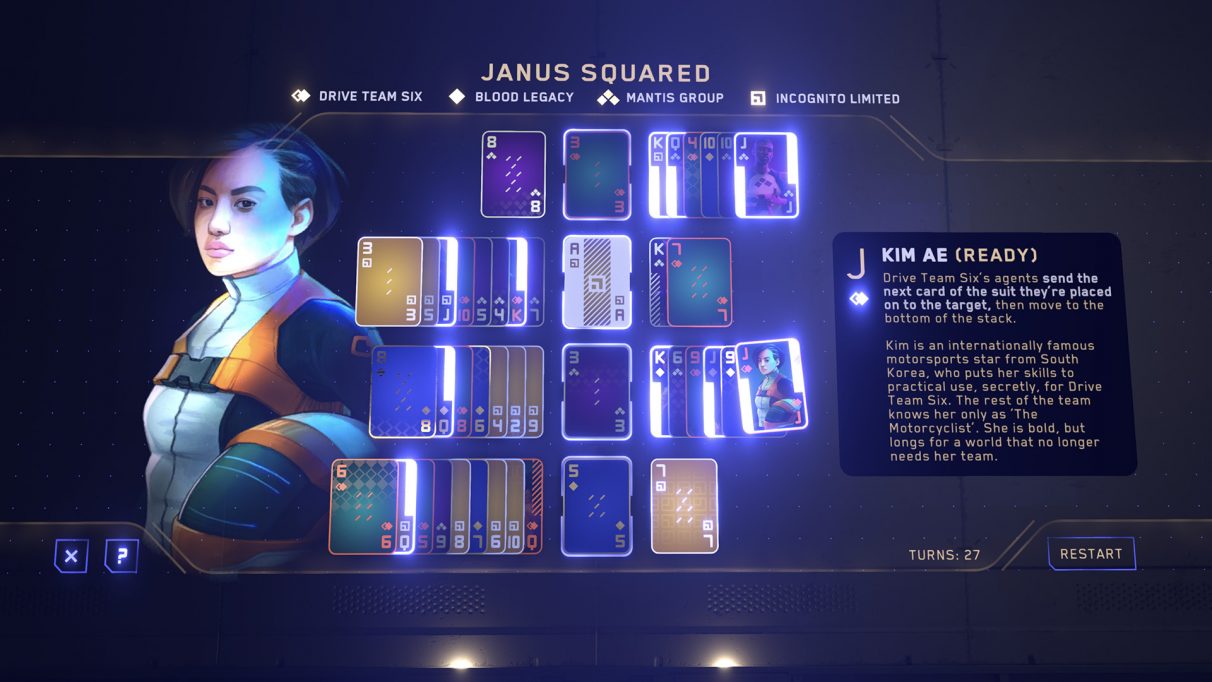 The Solitaire Conspiracy sets you on a world-saving mission after your spy agency has been destroyed. You'll do this by playing variations of solitaire games using cards which represent the spies and powers under your command.

You'll be guided through all of this by your analyst, who happens to be Kinda Funny's Greg Miller. British actor and comedian Inel Tomlinson plays a character in it, too.

Previous Bithell Shorts have launched pretty much out of nowhere. This time, though, Bithell Studios felt they needed a bit more time to catch people's attention among this year's big releases.

"You know, 2020," Bithell says. "It feels like we probably need to spend a bit more time building up some interest and, crucially, wishlists and follows, to give our next Short a fighting chance. We thought 2 weeks."

So, The Solitaire Conspiracy comes out on October 6th, and you can check out the trailer on Steam and the Epic Games Store right now.