Okay, so there may be one or two. But they're not the focal point of the piece, which is more than could be said for Jacob Janerka's previous attempt to snag wishlists for The Dungeon Experience. After failing to draw eyes on the game by way of viral embarrassment, the Aussie dev is trying a more traditional approach with a proper reveal trailer. Sometimes you've just gotta stick with what works, y'know?

It's also a much better way of letting me know what the hell your game's about, mind.

Back in March, Janerka posted a short comic on Twitter regarding an embarrassing moment regarding his nipples and a mailman. It "did numbers", so to speak, so the dev tried what everyone does when a Tweet goes viral and tried to ride that wave with a link to his new game. Unfortunately, it turns out nips don't sell games, and less than 100 people ended up wishlisting his irreverent fantasy romp through the tweet.

"The Steam page was bad, that's probably why there was barely any steam wishlists," was the thrust of the feedback, Janerka told me this week. "Which was totally true at the time, we had a temporary page, but I wanted to scramble to take advantage of any virality. Also, the thought of nips driving sales was hilarious". 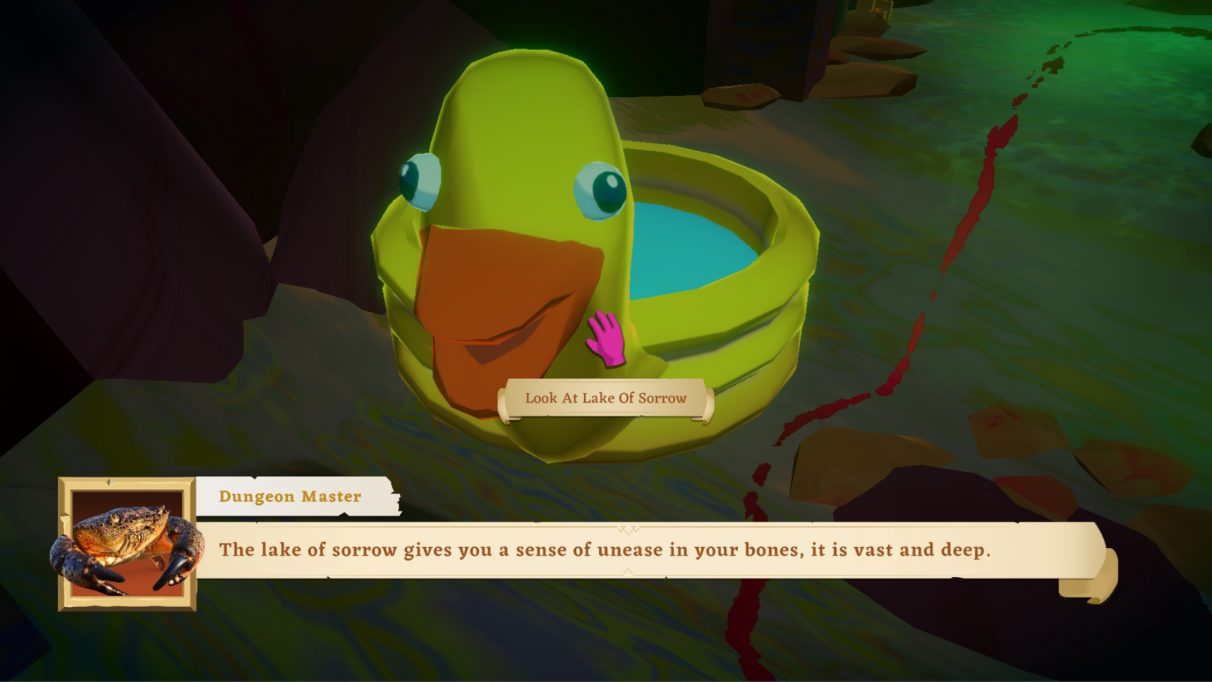 Now, at least, we can finally talk about The Dungeon Experience as a game and not an accessory to toplessness. And you know what? It looks pretty neat - a surreal first-person comedy game about a dungeon theme-park set up by a level-1 crab turned entrepreneur. There's a real Crows Crows Crows vibe to both the trailer (which interrupts itself to go all Windows Movie Maker halfway through) and the game itself, which promises roughly two hours of actually-quite-gorgeous metatextual gags.

The Dungeon Experience is set to release on Steam when the four moons of Xogris align and the Messiah Khidrius returns. Their words, not mine.