According to an ancient Sussex proverb, there are as many factions in the 20-year-old Total War series as there are sand grains on a beach, as there are angels dancing upon the head of a pin, as there are grenadiers in the armies of his Imperial Majesty Napoleon I, Emperor of the French, King of Italy, Protector of the Confederation of the Rhine, Co-Prince of Andorra. This is providing, of course, the answer in each case is “between 100 and 200, depending on whether you include the DLC and think Sicily is a real country.”

From stinky hill tribes through trim Teutonic phalanxes to bawling rivers of undead, Total Warring has certainly come in all shapes and sizes. At a recent hands-on event for Total War: Three Kingdoms, a heinous idea occurred to me: why not confuse and upset all the developers in attendance (plus a couple more over email) by asking them to pick a favourite faction? The results, which involved surprisingly few headbutts, are below. 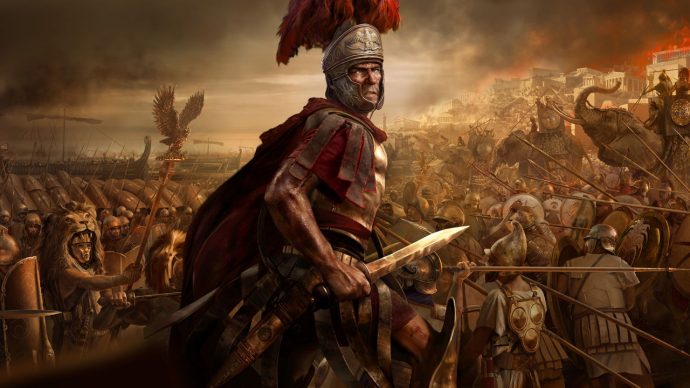 If I had to pick any one, because as you say there are like a couple of hundred, I really liked playing as the Julii in Rome 1. Because I always like when there's a technological divide between factions, like swords versus muskets, I love that whole concept - and it's really great to be the Romans, and have these high-ranking Hastati and Triarii as your bulk troops along with your family tree and your generals, fighting Germanic and Gallic barbarians. You're fighting through and establishing yourself before everything breaks back down again, and you have to deal with the other Romans. I love that thing where the tech breaks up in that fashion. That's quite a formative Total War experience, for me. 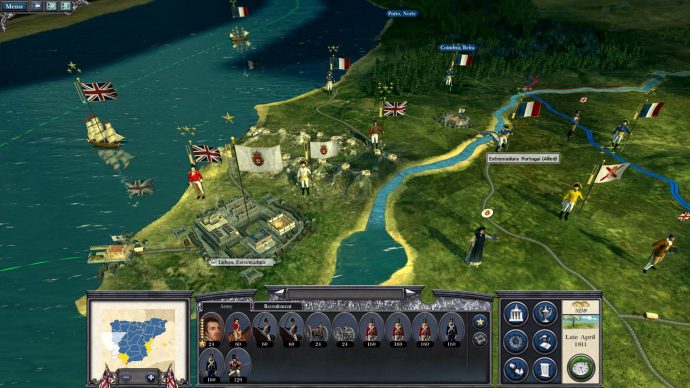 I like the French in Napoleon's Peninsular campaign. They have an absolutely insane starting position – you are the biggest, you're the strongest, but you always feel that you're behind the curve, and there's a lot of running around after rebels, and the British are just sending in troops... It's a real challenge and super-interesting. I also like, for similar reasons, the Western Roman Empire in Attila. You are in a losing situation to start with, and have to decide what to sacrifice first – contract to be able to expand. That was something we hadn't done much before. And then the Dwarves in Warhammer as well – it's just really nice, that feeling where they're smaller units and I almost feel like I know every single Dwarf by name. 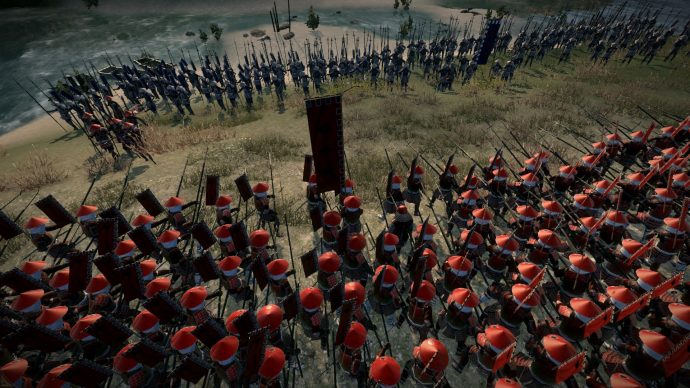 You've put me on the spot, but back in the very beginning, on Shogun 1, I would always play as Uesugi. I was delighted when Shogun 2 was announced and they added him as one of the lords. So I started playing as him - and to this day, and I always play on the top difficulty, I have never finished a Shogun 2 campaign as Uesugi. As a player, I love him, I think he's the coolest character, but as a designer, I think he's probably too hard! But maybe I'm just not that good at Shogun 2. I've completed dozens of campaigns with other factions, just never ever as Uesugi. From a design point of view, I think I really like the Sassanids in Attila. I think it's a good entry point for people in what is quite a difficult game – the Sassanids ease you into that world. You can sort of watch the craziness happen while you're over in the east, building up on top of the old Parthian Empire, and then spreading out and seeing how you do. And then after that, you feel like you could maybe take on the Eastern Roman Empire, and maybe if you're feeling super-dangerous, the West. 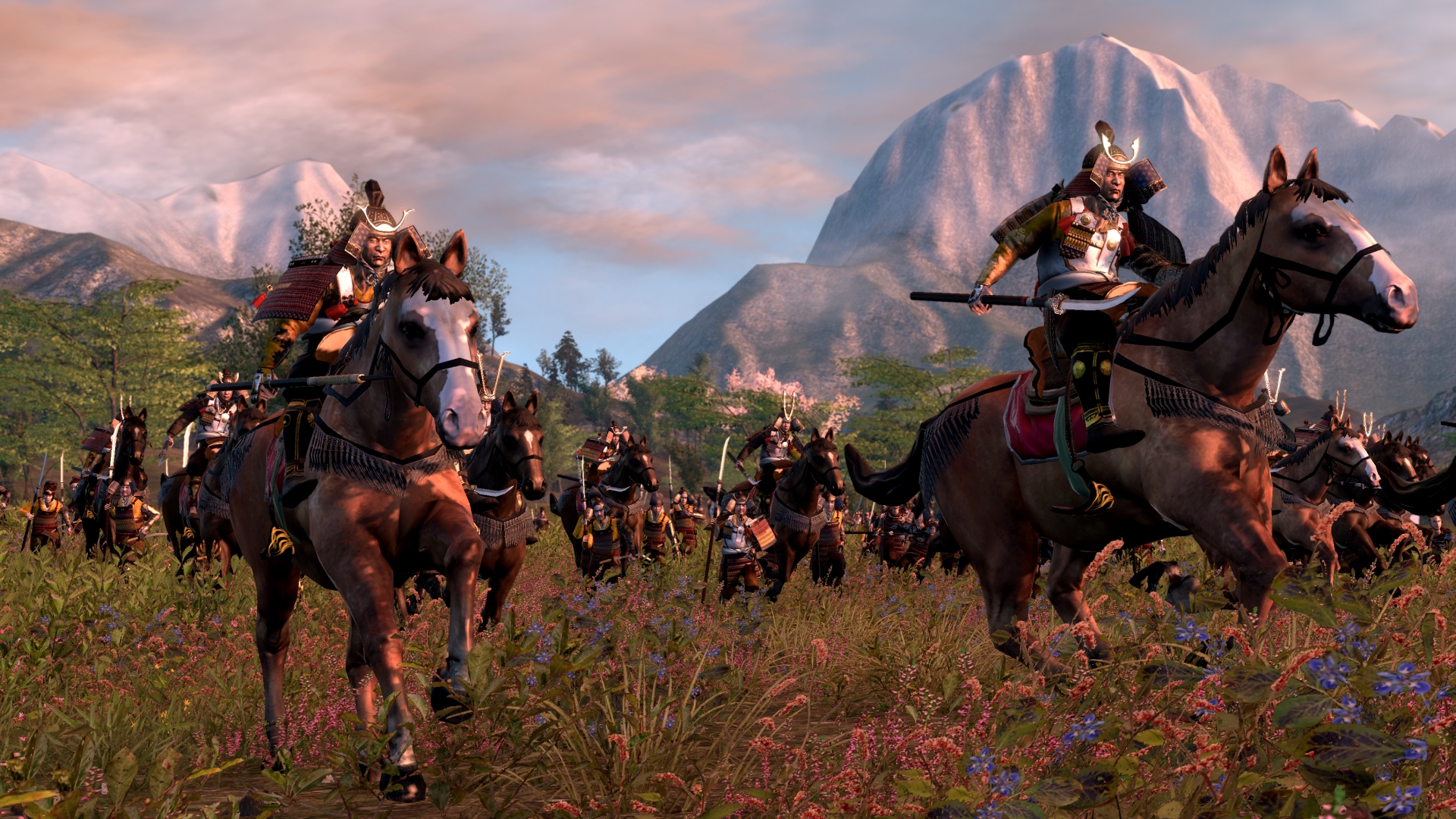 It's not a single faction, but I really like the horde factions in Attila, where you can pack your things and seek your fortune somewhere else. It feels like there's a lot of narrative around you and your tribe - you abandon your settlement and struggle for survival a bit, and then you find your new lands. I find that very interesting as a designer. And as a player, my fondest memories are of the Taira in Total War: Shogun 2's Rise of the Samurai campaign, because it's super-hard but tightly balanced. It was a great experience.

Richard Aldridge - senior then lead designer for Warhammer, Warhammer II and its DLC 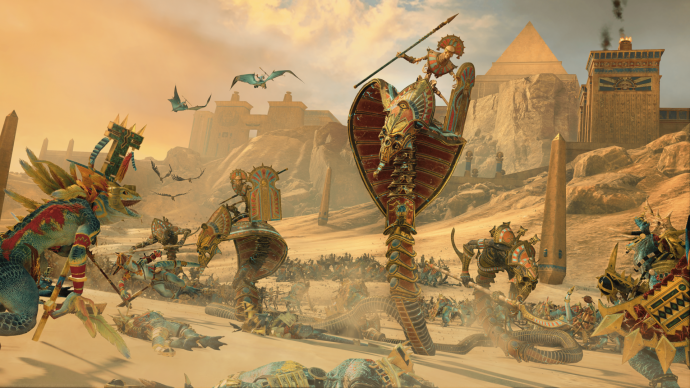 My favourite faction both from a player and developer's point of view has to be the Tomb Kings. They certainly presented a great challenge to design and create. One challenge was how to make the characters and units feel alive when they are made of stone and sand. On paper this sounded easy, but in practice it took many hours to get right. The idle animations proved particularly difficult for the construct units, as initially they looked broken – some people internally thought the animations were placeholder and missing. So we looked at other ways to bring movement to the constructs while static, adding cloth which could blow in the wind or a pulsing VFX.

Additionally, we gave ourselves quite the challenge in removing one of the core mechanical pillars of a Total War game, unit upkeep and recruitment cost. It's one of our staples in how we balance our factions and games, particularly in the later stages of a campaign. Taking this factor out of the equation certainly made us think a lot more about the core gameplay loop that the user would experience. Bringing back the use of unit caps and army caps proved to be a defining choice - it really shaped the way the Tomb Kings played and made them so different from anything we've done in a Total War game, while not letting them steamroll everyone else. 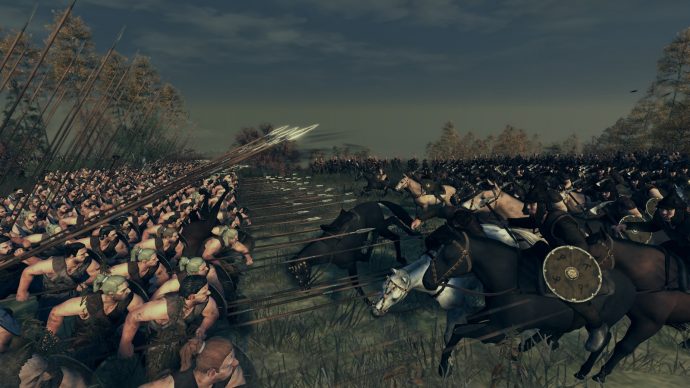 I think my favourite faction... Oh god, it's so difficult! Well, the one that straightaway comes to mind is Ostragoths in Attila. They're essentially a migratory faction but you could acquire Roman settlements and train up Roman units, and yeah, I loved them. A close second for me is the Polish empire in Empire, both because I'm Polish and because I was in the game as well. I was one of the character rigs. I was very happy about that! 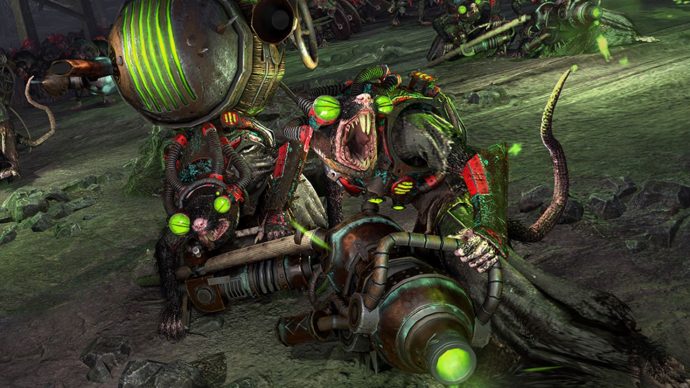 I’m a well-known Skaven player – when I was the writer on White Dwarf I was often featured in those hallowed pages losing with my beloved rats in battle reports. The arrival of the Skavens in Total War allowed me to address that, well, in the privacy of my own campaign. Now I can manically laugh as my under-empire grows and I cover the world in an unrelenting vermintide - yes-yes, all shall bow-submit to Warlord Hallscurry. I also love playing with the Empire because it’s always annoyed me in the fiction that the city of Marienburg had the gall to secede from the nation 70 years before the campaign starts. So, on principle, I always send Karl Franz north-west to take Marienburg first, even if it means losing a good portion of the south to the vampires. And from a developer’s perspective it has to be the Vampire Coast. It was a real joy to work with Games Workshop on building out this area of Warhammer Fantasy Battles into a full faction. I found myself in the strange and delightful position of writing shanties for zombie pirates and forging a new legend in Cylostra Direfin. 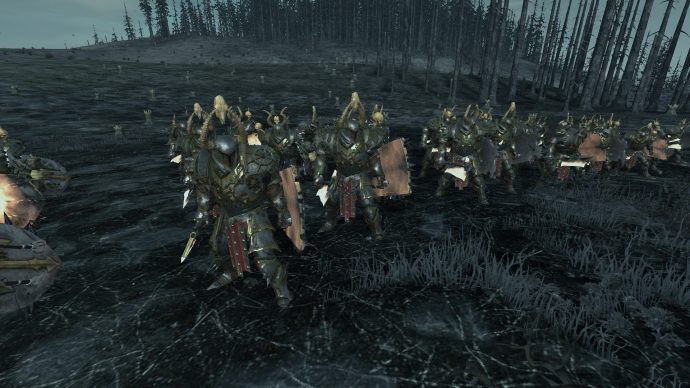 Personally I would say Huns. They're a unique faction - you can't settle, the whole concept is that you have to be on the road, constantly expanding. You're like a shark, if you stop moving forward you just die. And on the battles side, I think their horse archers come together really well. If you can surround your enemy with horse archers, and you're poking at them from different sides... I have this lovely story, actually! Somebody at work, one of our producers I think, was playing multiplayer with me at lunchtime, and he was one of the infantry factions, the Visigoths. And five minutes into the battle, when I disposed of his cavalry, he was like 'I'm beaten, I can't do anything, I surrender'. Because if you play them really well, you can harass the other player to the point that it's impossible to counter. You really have to micro it. And if it's not a historical faction, my favourite faction is Chaos. It's a similar concept to the Huns, you have to be very aggressive, you can't stop. You just have to take over the world.