Thief of Thieves, an adaptation of a comic concept from the writer of The Walking Dead, boasts bags of style and the allure of stealthy heists twinned with a story that reacts to your decisions and failures.

For some, the selling point of Thief of Thieves is that it's set in the world of a comic series created (though not actually written) by Robert Kirkman. For me, who's not read the funnybook in question, it was this trailer:

Flashy cinematography and XIII-y panels and music and UI-as-map-annotations and heists and oh boy.

Nothing in that trailer is a lie. Thief of Thieves does all those things. Its faux-inked style is lovely and its statement-of-intent opening section, a side-on view of the main character's legs as you steer them around a busy airport in time to a bombastic soundtrack, could have come straight from a box office-ruling Elmore Leonard adaptation.

From there, it eases into an interrogation scene, in which you, playing as apprentice uber-thief Celia, engage in a battle of wits with an agent who knows exactly who you are and what you've done, but can't prove it. The game oozes confidence, casually dropping all manner of stylistic flourishes and sharp dialogue. 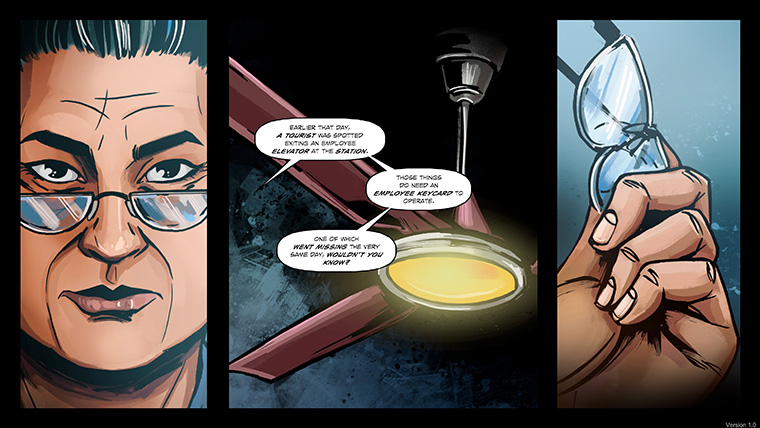 It wobbles but doesn't topple when it moves to its first stealth section, which involves stealing a rare motorbike from an odious Hollywood millionaire's mansion. The zoomed-out, third-person perspective looks cinematic, but the fixed camera causes immediate headaches - you're at the mercy of whatever the game decides to show you, unable to glance at anything off-screen.

At this early stage, without too many guards to avoid, the rough and rudimentary stealth systems are annoying but bearable. The mechanical enemy AI manages to be both easily exploited and maddeningly psychic, and there's very little flexibility in terms of how you get where you need to go.

It walks like Hitman, it quacks like Hitman, but it ain't no Hitman. ToT's creative energies are spent on style, with its wobbly stealth left to bring up the rear. It's full of canny setpieces - the quiet house with the yappy dog and creaky floorboards, the busy train station in broad daylight - but in practice they're finicky and robotic. They irritate rather than thrill. 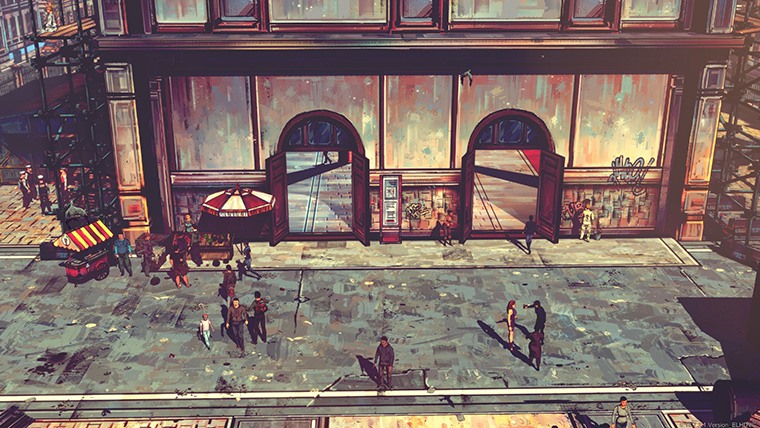 It reaches a crescendo of misery later on into its first two episodes - three and four will follow as an update - for instance with a return to an area you've already had to navigate once, but now on high-alert. (Thief of Thieves often uses its mission locations a second time - it's justified in-plot, but does feel like padding). I have to seriously question whether anyone outside of the game's development studio played this section before release: it's flip-the-table stuff.

All these guards and cameras patrolling a huge space with few hiding places, no camera control so you can see who's about to walk into sight of you, no saving and minimal checkpoints to spare you the inherent repetition of instant-fail when caught, arbitrary restrictions on which obstacles can and can't be vaulted over, a barely-visible lighting effect to denote where security cameras are pointed, guards who patrol just a little too fast...

Rocks to dash yourself against time and again, with none of the flexibility or thinking-on-your-feet of a good Hitman or Deus Ex level. It's an exercise in repeated misery, damned by its fixed camera, openly robotic AI and deeply inconsiderate attitude towards its players' time. Go play some Gunpoint, Thief of Thieves. A manual save system would spare a lot of pain, but that would only be a band aid over bad design. 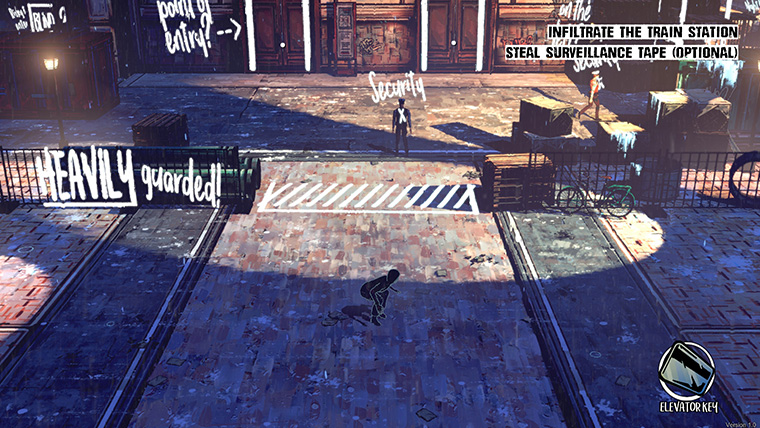 It ebbs and flows - some sequences are better, others worse, but in the end ToT had me snarling too often to consider returning for the other episodes. I might not be saying that if the plot and characters had gotten more hooks into me. There's a fine line between confidence and smugness - the lead character's acid-tongued self-belief is impressive at first, but becomes increasingly inhuman as the tale wears on. She's also joined by a crew who can, during heists, be called upon to provide distractions or open locks remotely, and from whom we're supposed to enjoy an Ocean's 11-style best frenemies dynamic. 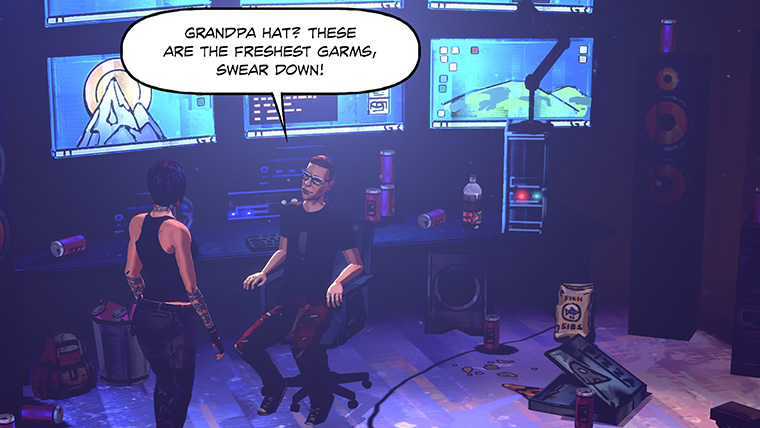 It looks so good, like a Telltale game where someone really thought about all the cool things they could do with that kaleidoscopic line-art aesthetic. It sounds good too, with a strong soundtrack and a cocksure lead performance from Cissy Jones, her-out-of-Firewatch. I'm impressed, too, by how the flash-forward interrogation scene cinematics it switches to between missions react to how you handled certain situations.

There's the infrastructure for something really meaty here, a rare pairing of pure stealth and responsive storytelling. But if Thief of Thieves: Season One is ever to have a season two, it needs to go away and have a long, hard think about why it isn't any fun.

Thief of Thieves: Season One is out now via Steam, costing £17.54/20.69€/$22.49. Currently it contains only two of its four episodes, but the remainder will follow over the next two weeks.