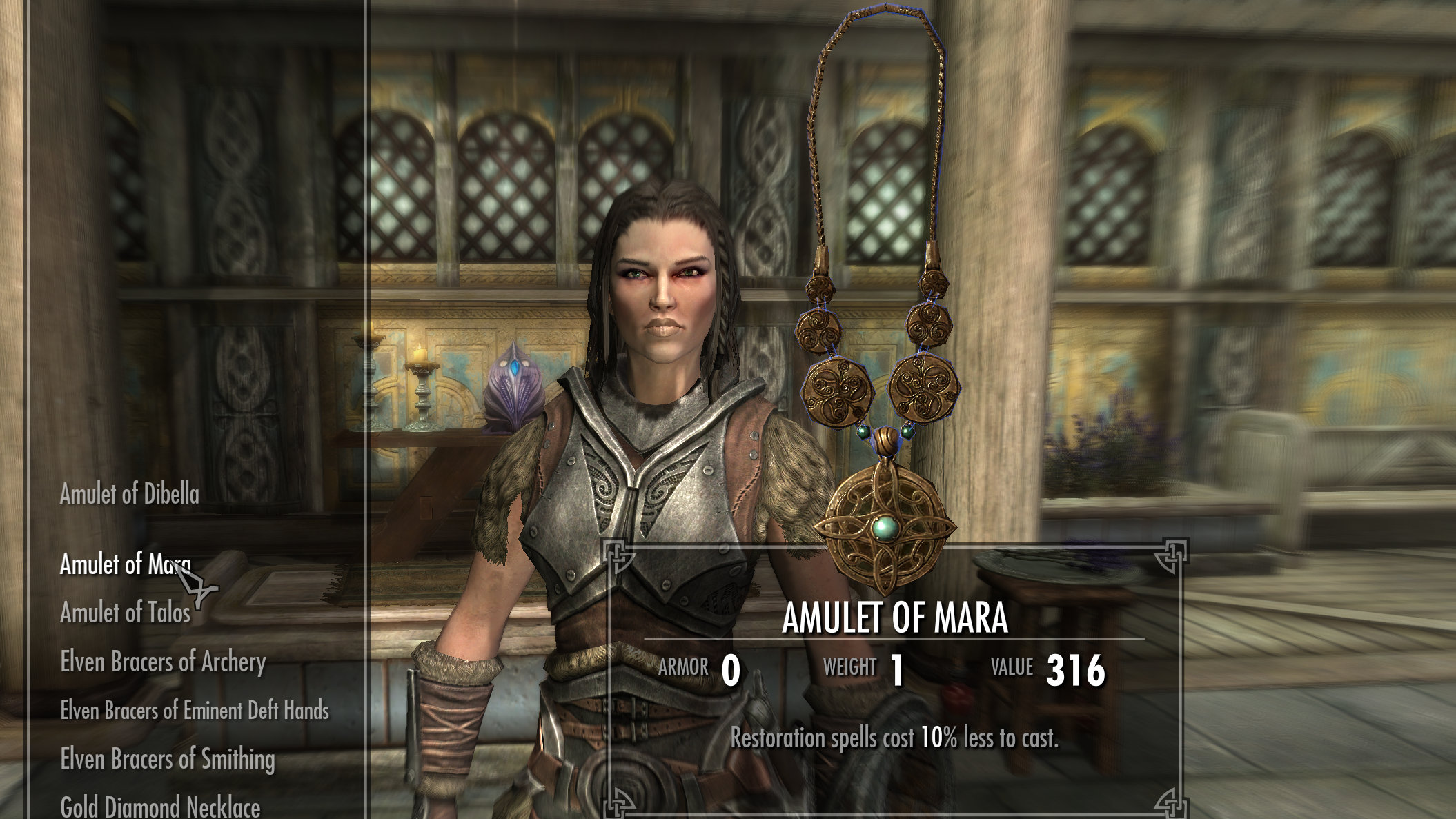 When you want to marry an NPC in Skyrim, you propose using an Amulet of Mara. In real life, you can now buy an official 10-karat gold ring based on the amulet's design. For $1000, you can make your proposal hella Skyrim. I have previously heard of at least one person proposing with a custom ring based on the amulet, and one who proposed with an actual replica amulet.

Bethesda's merch store now stocks rings inspired by the Amulet of Mara, engraved with "With this ring and Mara's blessing" on the inside. You can get it in sterling silver for $85 (£69 [nice -ed.]) or in 10k gold for $1000 (£719). These arrived on the store this month, following a cheap 'n' cheerful actual amulet last year. You've only got until February 14th (International Love Day) to order the rings, mind.

In Skyrim, you don't even need to be dating to get engaged. Just pop on an Amulet of Mara and say hullo to a hot single in your area. Bit more complicated with these rings.

The amulet-inspired rings are designed by Allison Cimino of RockLove Jewelry, who's also done lines based on League Of Legends, Twin Peaks, and Disney doodads. She said on Twitter that "the soft warmth of 10K gold felt most accurate in colour to the original concept art." And because they come in a wide range of sizes, she adds "YES, they can be your matching wedding bands!"

This is curious merch. It's a ring to give to a romantic partner, no doubt. Would be tragic to buy it for yourself, even if - especially if - you do consider your right hand your romantic partner. And while £69 [etc -ed.] isn't much for a fun gift for a partner who likes Skyrim, £719 is definitely getting into the realm of big gestures. And boy howdy, proposing with a video game reference would be a bold one. You have to be really, really sure they're into it.

I have heard of Skyrim fans invoking the tradition of Mara before. Back in 2016, someone posted on Reddit about the Amulet Of Mara-inspired engagement ring their fiancé proposed with. That went down well! Then I remembered this 2019 post on the 'Am I The Asshole' board (where people ask rubberneckers to judge personal dramas then typically refuse to listen) where someone proposed with a replica amulet. Their partner was not wholly thrilled with that instead of a ring, though the couple did later pick out a ring and marry, bless 'em.

If someone fell to one knee before me and proposed with a video game reference, I would immediately gnaw off my ring finger and swallow it. But I fully believe that other people's relationships should work in whichever way is safe and happy for them. Every relationship is different. My own wife, the sea, is emotionally distant and tempestuous. The only marital gifts she wants are body heat and the occasional spurt of barnacle-gouged blood, and I wouldn't have her any other way (don't worry, blood grows back).

Though I do believe that if you are going to propose the Skyrim way in real life, you really should do it like in your man JinnKid's amazing Skyrim IRL videos: