THQ Nordic have gobbled up yet more studios, today announcing they've bought Bugbear Entertainment and Coffee Stain Studios. Bugbear are the smash-happy Finnish studio behind racing games including Wreckfest and the first three FlatOuts, while Coffee Stain made FPS tower defence series Sanctum and wack 'em up Goat Simulator as well as publishing games including Deep Rock Galatic. It sounds like they broadly plan to have the studios continue to do their things, with Bugbear making roughhousing racers and Coffee Stain both making and publishing games.

Bugbear are currently working on console versions of Wreckfest but surely a Wreckfest 2 will follow.

"Coffee Stain will continue to operate as an independent group under the parent company, a highly complementary third leg in THQ Nordic," they said about their other acquisition in a separate announcement for investors. That includes the IP rights to Sanctum, Goat Sim, and Coffee Stain's upcoming 'Factorio but first-person' factory-building game Satisfactory, plus publishing rights to Deep Rock Galactic. 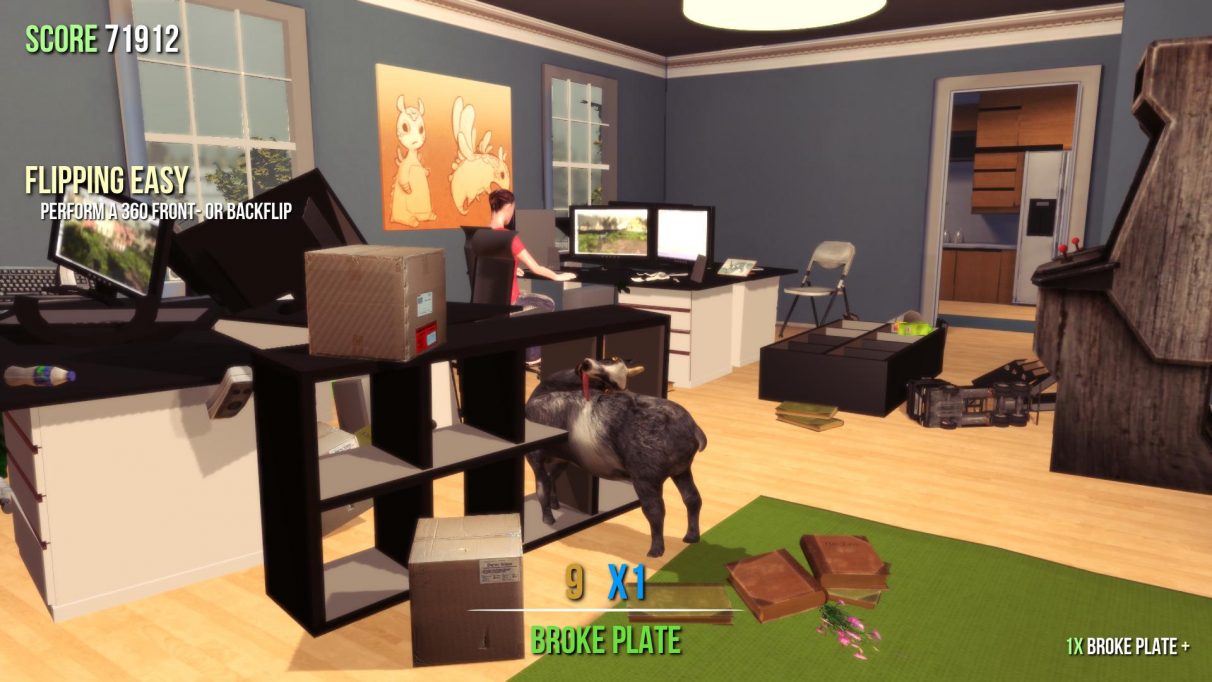 THQ Nordic are interested in Coffee Stain for the games they make, obvs, but they always fancy picking up their connections and experience.

"The plan is also to strengthen the publishing position in the Nordic market with A/AA developers and continue to evaluate minority investments in conjunction with publishing opportunities," they said. "In addition to this, THQ Nordic sees potential for synergies within distribution, marketing, know-how and IP development."

This makes four big acquisitions for THQ Nordic so far this year, having previously picked up mobile studio HandyGames and Koch Media. The big purchase was Koch, which included publishers Deep Silver and their big catalogue of games and studios bought after American publishers THQ shut down, including Saints Row and Metro. Yes, even THQ Nordic's name is an acquisition; they're Austrian publishers formerly known as Nordic Games (it's complicated), who picked up the THQ name in their bankruptcy fire sale. Oh, and they're planning a new TimeSplitters too. Goodness me, they're slowing buying up the whole mid-tier games industry.