Things are looking bleak right now, y'all. Between global pandemics, environmental and economic collapse, and just about everything happening with politics, it's often hard to look on the bright side - let alone start planning for a better tomorrow. But Utopias: Navigating Without Coordinates, released today, is trying its hardest to do just that. A collectivist work from collectivist artists, Utopias wants to explore what it means for games to be "utopian", by way of alien house-parties, anti-bullets and bird emancipation.

Utopias is the work of Berlin / Moscow arts collective AAA Software. Each of the game(?)'s nine worlds is a self-described personal utopia - a collaborative work designed to explore each member's individual vision for a utopian game-space.

They're bloody bizarre spaces, too, with even that short glimpse in the trailer flashing through fluid pools; the launch bay for definitely-not-a-Gundam, a stock third-person Unity character controller sprinting through colours and noise, and a cryptic android that could've stepped out of the box art for any graphics card released pre-2010. Its store page sports some great features, from "free a bird" and "shoot bio-bullets to spawn life" to simply "die". Neat!

That act of weirdness is deliberate intent - positioned by the creators as acid games on their equally acidic website, a "collective psychedelia" to position their works in direct opposition to capitalist norms.

"Something that we keep coming back to as a collective is an attraction to weirdness, a poetic kind of not-making-sense. What happens if you take away the traditional narrative scaffolding? How do you respond to the discomfort, confusion, and frustration that arises from travelling without coordinates, when you don't really know where your next step will lead you? How does it feel to be lost? To be unproductive? To be unusable?" 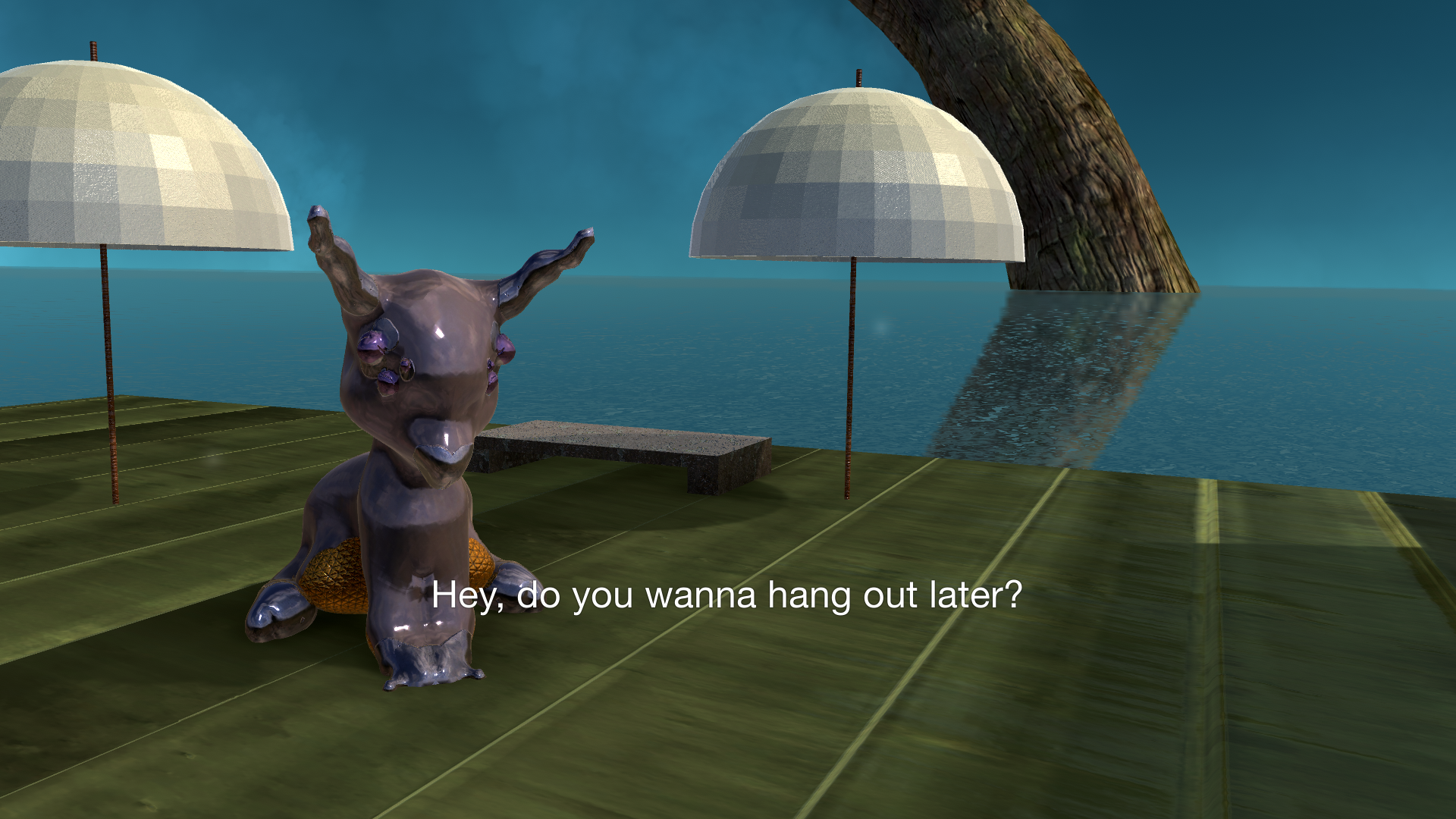 Is Utopias successful by its own metrics? Does it - can it - achieve its radical utopian ideals? I flatly don't know. Regrettably, Utopias was released too late in the day for me to explore these dreamscapes myself before my shift closed.

But then, it seems neither do AAA, who saw their own definitions shift over the course of development. If the works aren't radical enough, then perhaps the means in which they came to be can fill in the gaps.

"We are uncertain if we can achieve our utopian ideals and we have come to embrace that. During the long development time of the project, we became aware that “utopia” was not necessarily a place or an idea we could attain but rather a process of trying to navigate the territory that lies between us and change.

"This very much describes the practical process of learning to organize a collective. Utopias is a viewport into this process."

Regardless, what we're left with is a bounty of weird, surreal spaces to pull apart. It's perhaps easy to write off as "haha, so random" at a glance, and maybe that's the case once I jump in proper. But for now, I'm fascinated by the web of rituals, worship, nature, bird simulations and unapologetic colour being offered up by Utopias.

Utopias: Navigating Without Coordinates is available for free / pay-what-you-want over on Itch.io.