Valve have introduced some new features to improve the Steam store search function. It basically boils down to putting a bunch of fields in so you can better filter what you're looking for. Now whenever you use the search bar, you'll have some options down the side so you can narrow your searches by price, genre tag, whether it's single player or multiplayer, and so on. With the sheer number of games on the platform, it's strange to think Steam never had this sort of feature in the first place.

Say for example, I fancy myself a nice Star Wars game. I don't know exactly which one I want, but I know I don't wanna spend over £20 on it, and I'd quite like it to be a multiplayer shooter. (In my heart I know I've just described the old Star Wars: Battlefront games, but stick with me for the sake of the example.) 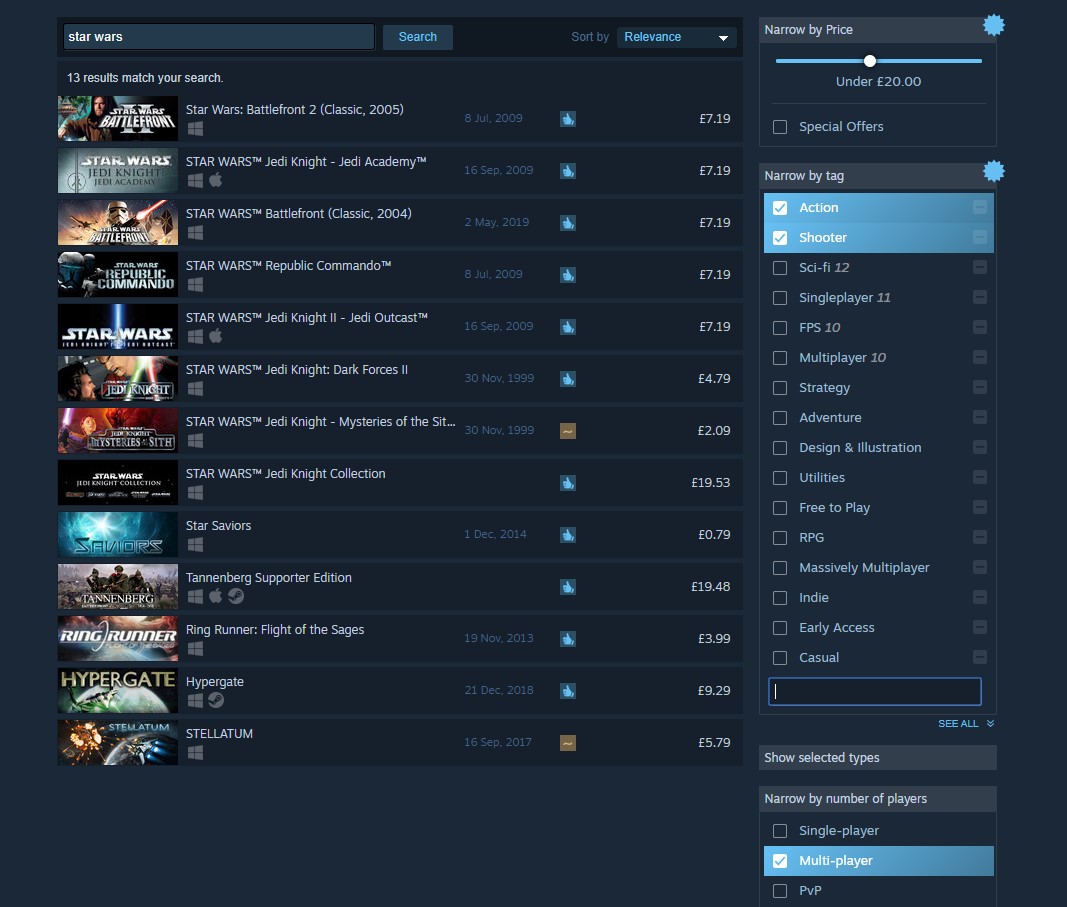 Oh look! The old Star Wars: Battlefront 2 multiplayer shooter for £7.19, don't mind if I do.

It's pretty useful for narrowing stuff down if you don't quite know what you're looking for, and there are fields to hide games you already know about and exclude stuff like VR-only games, too. There's even an infinite scroll now so you no longer need to click through pages and pages of games you don't care about.

One of the only issues I see with it is that you can't have a minimum and maximum price set, but I suppose that could change seeing as that's what these experiments are all about.

This search stuff is a recent graduate of Steam Labs, the part of Steam set aside to mess around with experimental features, and get community feedback on whether or not they're actually useful. One of its other most recent ones still in development is Play Next, a feature which tells you what it thinks you should play based off of what you already own.

You can learn more about the new search stuff over on the community post, or take a look at the Steam Labs home page to check out the other quite useful experiments on the go right now.