When it comes to 24in AMD FreeSync gaming monitors with high 144Hz refresh rates, there are few that do it better than AOC's G2460PF. An oldie but a goodie, this £209 / $190 height-adjustable gaming display has long been the best gaming monitor to buy in this particular category, but today a new contender has stepped up to the plate in the form of the Viewsonic Elite XG240R.

Like the AOC, the Elite XG240R has a height-adjustable stand that can tilt, swivel and rotate, but it also has a more modern selection of ports, including two USB3s, and an equally good 1920x1080 TN panel. Oh, and it's also got RGB lighting round the back that can sync up with other system-wide RGB gear from Razer, Cooler Master and Thermaltake, if you're into that sort of thing - all of which is arguably quite tempting for just another £70 / $70 over the AOC. Has the G2460PF finally met its match? Let's find out.

Starting with the TN panel itself, I must admit I was a bit skeptical about the Elite XG240R when I first turned it on. Not only was the screen overly green in its default FPS gaming mode, but my X-Rite i1 DisplayPro calibrator also only returned an sRGB coverage score of 85.8%. In general TN panel terms, that's fairly average, but compared to the 95.2% coverage offered by the AOC's TN panel straight out of the box, it's pretty poor show.

Fortunately, I was able to bump that up to an even more impressive 95.8% once I'd switched over to its Realistic Colour Focus profile and tweaked the XG240R's Full Colour Control colour temperature setting by reining in the monitor's green value a bit. That's pretty darn great for this type of panel. Normally, I'd only expect IPS screens to be hitting this kind of accuracy level outside of Nvidia's rigorously-tested TN-based G-Sync screens, so it's great to see that Viewsonic have gone with a high quality panel here, even if its does require a bit of fiddling to get it looking its best.

In addition to rich and vibrant colours, the Elite XG240R also had a very commendable black level of 0.35cd/m2 (the closer to 0.00cd/m2, the better), and an excellent contrast ratio of 1026:1. Combined, this meant dark scenes were full of detail while still offering decent, inky shadow areas. Add in a peak brightness of around 366cd/m2, and you've also got plenty of leeway to find a comfortable setting no what lighting condition you happen to find yourself in.

Viewsonic's onboard menu is pretty easy to get to grips with as well - which is more than can be said of AOC's current interface - and you get a wide variety of options to help fine tune its picture even further. This includes a 22-level black stabilization feature, which can make black areas on screen appear darker or lighter, colour saturation, six different gamma levels and a blue light filter in addition to the usual brightness, contrast and sharpness settings. 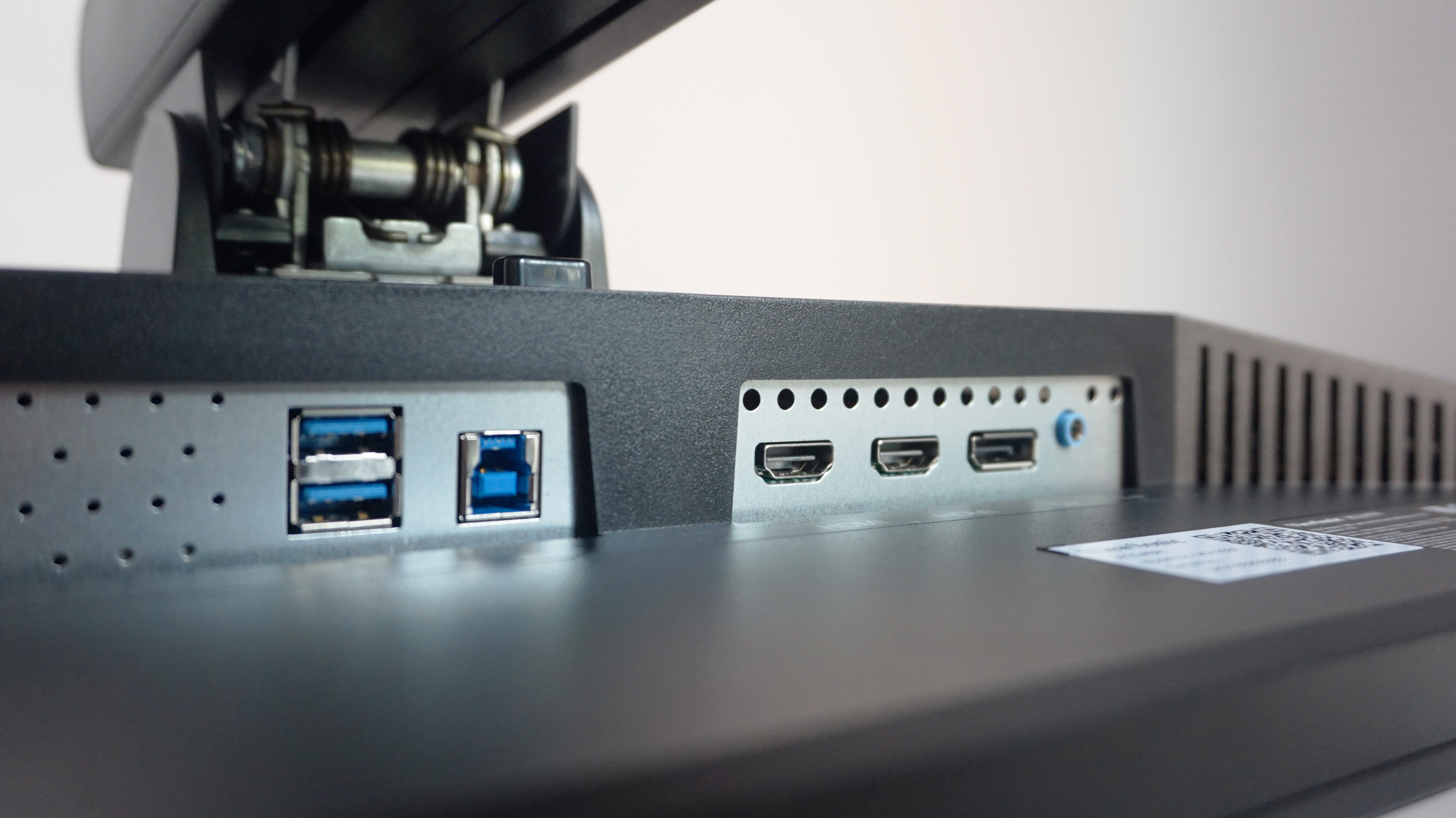 For an AMD FreeSync screen, I'd say it also does a damn good Nvidia G-Sync impression. While it's not technically one of Nvidia's officially sanctioned G-Sync Compatible monitors (yet - they're still in the process of adding more to their currently highly selective list), I didn't see any signs of blanking or pulsing or any of the other defects I've seen occur on FreeSync screens that definitely aren't compatible with Nvidia's G-Sync-enabling driver, and I reckon it would be an equally good buy for Nvidia and AMD graphics card owners alike.

Just steer clear of the XG240R's various gaming modes if you want to maintain the monitor's colour accuracy, though, as everything from its so-called 'Speed Focused' FPS, MOBA and Battle Royale modes to its Console-based Speed and Colour profiles booted all those hard-won colour settings out the window. They also lock off a swathe of other options, too, including its colour temperature settings and the black stabilization option to name just a few.

Indeed, the only thing the Elite XG240R is really lacking is something to help keep its cables nice and tidy. Even the AOC G2460PF had a little plastic clip on the bottom of the stand, but those eyeing up the Viewsonic will have to make do with letting them dangle where they lie. It's not the end of the world, all told, but it seems a strange oversight given its wealth of features elsewhere. 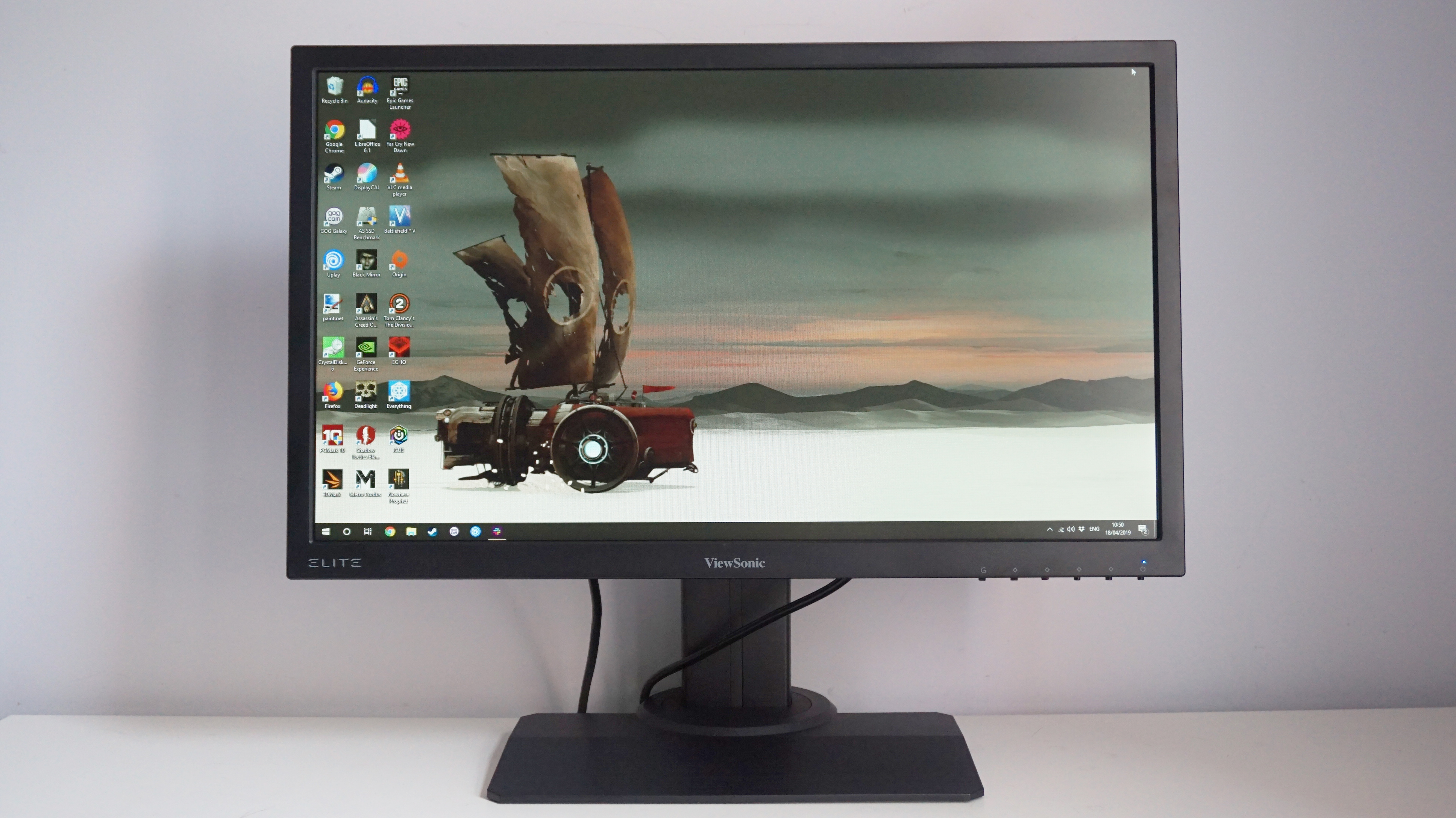 Still, there's definitely a lot to like about the £281 / $260 Viewsonic Elite XG240R, and I think it's a great buy for those looking for something a little more upmarket than the AOC. Personally I'd still err on the side of the AOC as the ultimate 24in FreeSync monitor in our best gaming monitor rankings, if only due to its lower price and out of the box brilliance, but if you'd rather have two USB3 ports instead of four USB2s, plus a second HDMI input instead of DVI and VGA options (and, of course, RGB lighting), then by all means go for the Viewsonic.

I'd also be happy recommending the Viewsonic to those after a sure-fire Nvidia G-Sync experience, although admittedly I can't say for certain whether the G2460PF is better or worse on this front at the moment as I haven't been able to get it back in for additional testing. I'll update this review (and the AOC's) once I do, but for now, I think the AOC still has more than enough going for it in order to hold onto its bestest best crown. The Viewsonic, meanwhile, comes highly commended as a worthy alternative.