The whole RPS staff is meeting up next week so ignore whatever we say about playing video games this weekend: in truth, we're all bulking up on protein drinks and press-ups to win the Annual RPS Pose-Off.

What are you playing this weekend? Here's what we're clicking on.

Adam: XCOM 2: War of the Chosen. Probably around 48 hours of it. 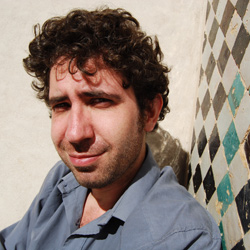 Alice: It's me, your old pal Predictable Alice, again playing Plunkbat and The Binding of Isaac: Afterbirth+. For a while I was only playing the Isaac daily runs but now I'm back on regular runs too. It's certainly improving my daily scores and heck, it's just plain fun. Maybe I'll even return to those final two challenges to 'complete' Isaac completely, even if they are boring and do suck. Oh! And I guess Absolver is out now.

Brendan: I've been inefffectually biffing and powing my betters in Absolver, getting summarily boxed to the floor, and trying to understand why my Drunken Master style of kung fu looks less like Jackie Chan and more like Rab C Nesbitt. I'll need to put in some more hours in the dojo and learn to land these pissed kicks, or I'll be the laughing stock of the whole internet.

Graham: I finished Titanfall 2's campaign last weekend and enjoyed it a lot. I tried queuing for the multiplayer mid-week - I loved the original's - and couldn't even get into a game. A real shame. So this weekend I'm at a loose end. I might play my most recently installed game: The Shrouded Isle, a doomsday-cult-story-management game which looks and sounds as if it might scratch the King of Dragon's Pass itch I've had these past five years.

John: I really want to play a ton more Songbringer, because it's just so fab. But I SUPPOSE I should spend some time with my wife and son, who are going away next week without me. Woohoo! I mean, boo hoo, I'll miss them soooo much as I get to play games in the evening instead of fight a two year old to sleep.

Philippa: This weekend I will be playing Plunkbat. I could also visit the pub. If there's time I should try to fit in a spot of nerding out over some cakes.