World Of Warcraft Classic has a bot problem. Harking back to the days when MMOs required a hell of a lotta grind, Blizzard's throwback MMO is filled with folk looking for an easy out. Following a particularly nasty few months of scripted heroes, game-breaking exploits and a parade of Orcs marching against cheaters, this month saw the developers wipe the realms clean of over 74,000 accounts suspected of using bots to give them an edge over their human counterparts.

If endgame World Of Warcraft is a demanding hobby these days, Classic may as well be a full-time job. Naturally, this leaves plenty of players looking for ways to skip the grind. A report from Wired suggests that, for the last few months, end-game zones have been swarming with "clusters of bot-driven accounts", rotating through valuable monster locations with a brutal efficiency.

Besides robbing human players of valuable loot, it's also had a destabilising effect on the in-game economy - pumping artificially-earned gold into the world, flooding markets with copious amounts of supposedly "rare" items. Wired suggests that the problem had grown so bad that some players had taken to the virtual streets to express their frustration. Led by a player named Loknar, over 50 people allegedly took part in a protest through Orgrimmar against bots, and the grossly-inflated loot they were listing on the in-game auction house. 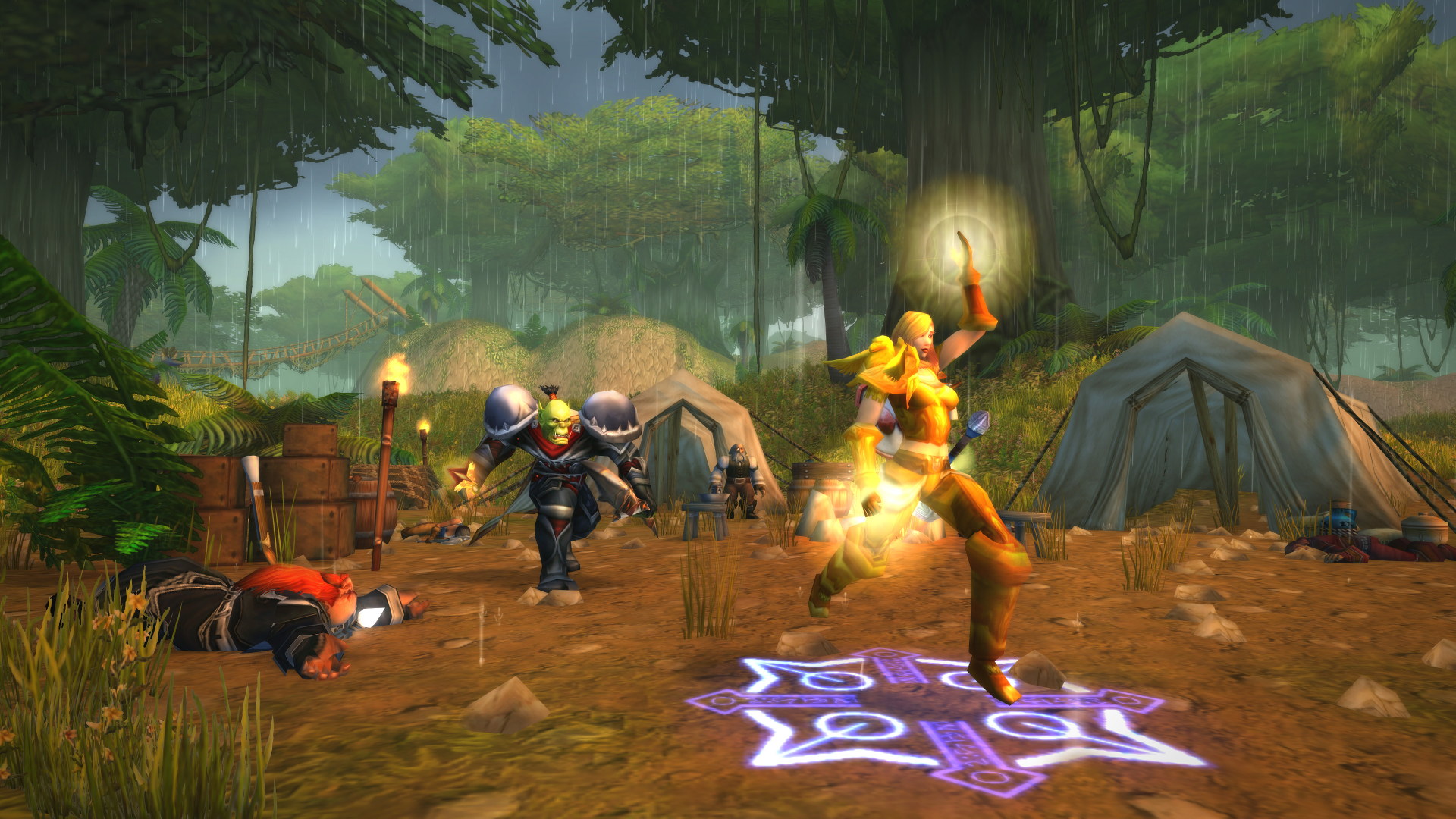 While protesting over videogame loot is perhaps not the most tasteful idea in our current political moment, it does seem as though Blizzard were listening. Despite tending towards silence on their anti-cheat efforts, the devs felt it "worthwhile to expand on the subject today," on their official forums, "as many players have recently asked us for more details".

"Over the last month in the Americas, Oceania, and Europe regions, we’ve closed or suspended over 74,000 WoW accounts that were found to be in violation of our End-User License Agreement. The majority of these were found to be using gameplay automation tools, typically to farm resources or kill enemies much more efficiently than legitimate players can."

It's a hefty number, sure, but Blizzard are quick to remind that this isn't a fight that ends anytime soon. The devs admit that their methods often lead to innocent players being caught in the crossfire, or that suspended characters will frequently re-appear on a new account with the name name. Ultimately, though, people have made it their business to cheat in World Of Warcraft - and they'll do whatever they have to to keep business booming.

"We’re ultimately working to unravel a challenging circumstance. Real money trading drives third parties to put an enormous amount of effort into circumventing our detection systems. As much as this is a very high priority for us, it is the only priority for profit-driven botting organizations. The bans we issue are simply a cost of doing business for them."