If you’ve been out of the loop regarding World of Warcraft’s latest expansion, but you’ve played the game and always wanted to be one of the many unplayable races you’ve encountered, you may be in luck. Battle for Azeroth brought with it the ability to play new types of Elves, Tauren, Dwarves, Trolls and even Humans.

Now, that’s all good and well, but when I was hours into Battle for Azeroth, I stumbled across the Tortollans. Actual Turtle People. I completely lost it, turned to my wife, and, just south of yelling, expressed my desire to inhabit the reality of these heroes in a half-shell as I set about saving the many worlds of Warcraft. This got me thinking on the many different, currently unplayable things that can offer rich and new ways to play WoW.

Now, the mention of a race of turtles, especially with the presence of the Monk Class, is an obvious lure. The inevitability of countless five-person guilds featuring four Teenage Mutant Ninja Tortollans and a Worgen named Splinter sounds so good, doesn’t it? But this isn’t what we’re doing here. We’re sticking to the lore.

For starters, Tortollan players can’t use mounts, and they can’t run. These are old, tired turtle people, and they must walk the many worlds of Warcraft at a gentle pace. It’s arguable that this would become boring, which is why Trade Chat, the famous secondary channel of cities in which people conduct their business, will be removed, and replaced with Tortollan Chat, in which players are encouraged to tell stories of the quests they’ve completed. Type a minimum of 100 words into chat detailing a quest, and players can click on them to grant you experience as a wandering storyteller.

What about combat, you ask? Tortollans aren’t particularly physically capable individuals, but they do have spell scrolls. Giving them access to the Inscription skill and a race-unique ability to cast any spell in the game as long as they have ink, a writing tool and parchment, is a sound solution. But no teleport spells. Nothing for movement. This is an authentic experience. By level 120, you’ll be so genuinely grumpy that people will assume you’re roleplaying a Tortollan perfectly.

Mob Spirits are ghosts - specifically, the magical ghosts that inhabit the endlessly-respawning enemies of the game world, from level 1 all the way to boss level. You’ll pick a starting area, and begin as a level 1 enemy. Give another player a fun fight and select some loot for them to harvest from your body (bonus points for accurate loot -- wolves do not carry a coin purse, fantasy game designers), and you’ll unlock a selection of level 2 enemies to inhabit. After two enemy gigs at level two, three at level three, and so on, you’ll finally unlock Dungeon, and then Raid Bosses.

Bosses are often doing nothing - just sitting in an instance. So log on, wait for your four-hour cooldown, and then enjoy wiping someone else’s raid on the one night a week they’re free between taking the kids to Scouts and going to the gym. You’ve earned it. Of course, if they beat you, you’ll have to dole out loot, so monitor their chat and ensure you’re giving them every item but the one they actually nee- wait, this is already implemented in-game isn't it Blizard? 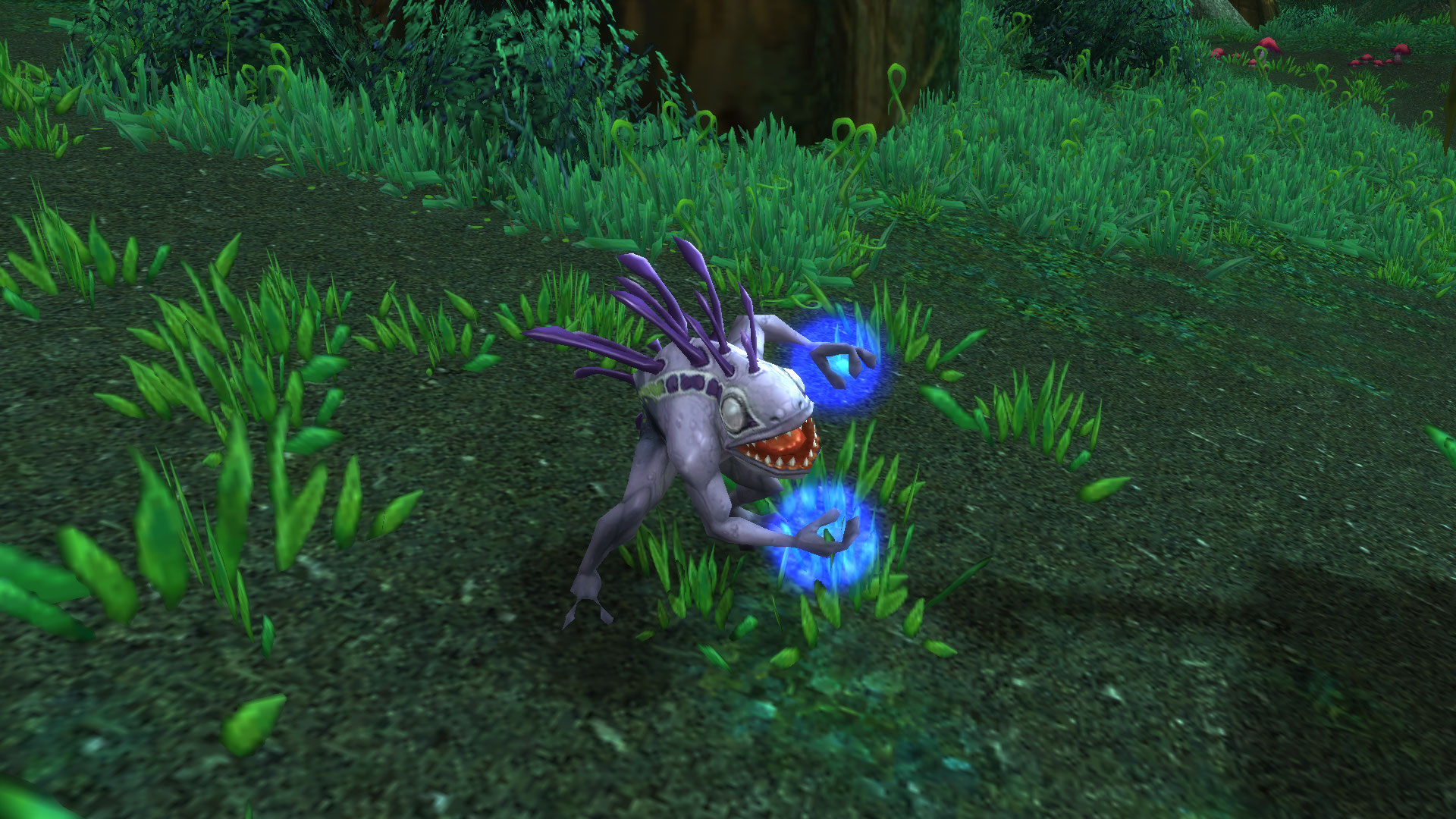 C’mon. Murlocs. We’ve been talking about this for years. It’s pretty simple. They can be any class, and they cannot be attacked by other Murlocs. They also bypass all Murloc quests. But they get a 25% debuff to everything, forever, unless they yell “YARGLEBARGLEBARGLE” when approaching enemies. Imagine PvP. Enough said.

Continuing our theme of making the unplayable playable (something the WoW community is hoping will happen to the Shaman class), resource nodes help fuel the professions of those who specialise in mining, skinning or herbalism. Skinning is covered off by the Mob Spirit players, and herbs can be generated by Tree players who spec into that particular skill. Mining node players, on the other hand, have the ability to spawn in a difficult spot that will encourage a player to gently make their way up to you, focusing on the minimap to ensure they don’t lose track as they forge their way across difficult terrain.

It is at this point that you can simply move yourself. On the top of a hill? Respawn 200 feet below it in a cave. Watch them curse in general chat as they spelunk their way towards their goal, and move back up top again. Players who do this repeatedly will generate experience, which allows them to become more valuable, and thus more desirable, nodes. If you're caught moving by a player, they not only mine you for double your resources, but you're kicked down a level. Them’s the breaks.

Ever felt frustrated at the bizarre and slow routes taken by flight paths? Wish you could’ve just done it yourself? Become an entrepreneur! Play as WoW’s taxi service and make extra cash and experience depending on how fast you can get players to their next stop. Take dangerous shortcuts through packs of flying enemies, hitchhike on teleporting transports, and feel free to toss them at their final destination if the fall damage won’t kill them. Think of it as high-fantasy Crazy Taxi.

Risks? Loads. Refunds. Death. Long working hours. But, level up enough and you can unlock a secondary spec - the Flight Master. Run your own business, employing other players! Skim a nice 10% off the top of every ride, and play as one of the highest-health, most dangerously combative NPCs in the game. No one likes messing with Flight Masters. Alternatively, earn goodwill over gold by offering rides as cheaply as possible while still keeping everyone nicely employed. The world (of Warcraft) is your oyster, ho-ho. 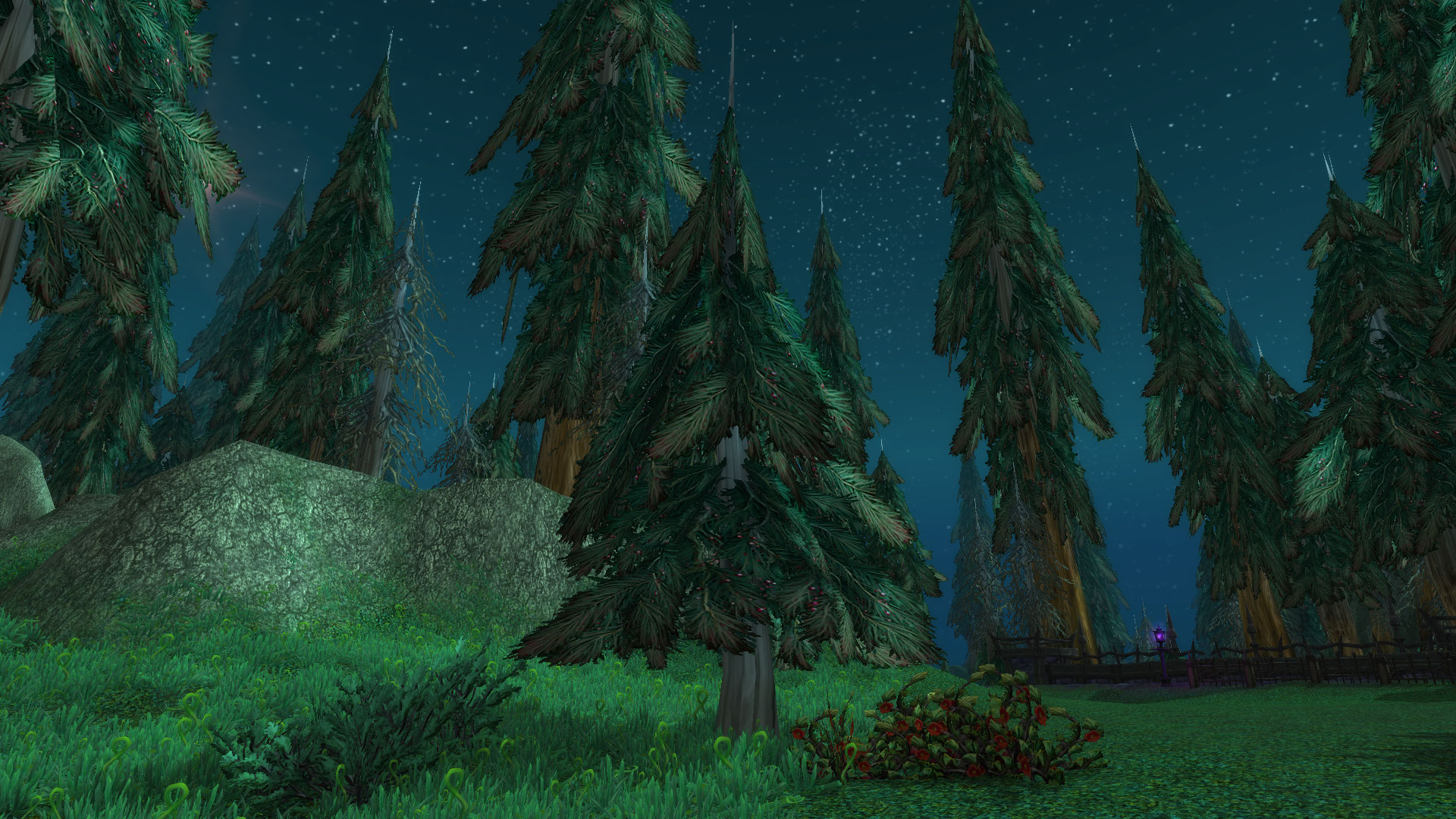 “Now, hold on, Christos-” No, stay with me. Trees. Pick a tree genus, and, importantly, pick a location to be planted and grow (with the option to drift to a new location every so often and start sprouting again). Your goal is to just keep growing without being disturbed -- particularly difficult during Cataclysm content, as it turns out you’re planted somewhere in the path of Deathwing’s return to the world, and must work to rapidly relocate yourself before you become charcoal.

One of the upsides will be the ability to people watch. Forests will grow around the sites of raid boss fights as people decide to spectate the heroes of Warcraft do battle with great evils, and perhaps even around starting areas, as people use the whisper messaging system to encourage and advise new players. This is all besides being able to explore your, ahem, skill trees - Fruit, Creepiness and Economics (for seed funding).