If you click on a link and make a purchase we may receive a small commission. Read our editorial policy.
Developer: Typhoon Studios
Publisher: 505 Games

My clone wakes up in the hell pod for the dozenth time, and I am immediately desperate to leave. Martin Tweed, proud president of the universe's 4th best space exploration company, yells at me from inside a cheesy company FMV memo. The ship's computer lectures me about our dwindling supplies of resurrection goop. The Grob machine will not stop bleeting. Fortunately, there's a planet out there to be explored, exploited and catalogued. All of it is colourful, most of it is gooey, and some of it is hostile. Far too much of it is fart jokes.

Journey To The Savage Planet is a romp, and a worthwhile one. It hasn't quite left me feeling full, but I am a picky eater.

If you're hankering for a good explore 'em up, the Savage Planet ticks the boxes. You will turn corners and see giant mushroom forests (with a friend, if you like). You will grapple up barnacle cliffs, and hop about lava caves. You'll shoot at glowing lizards, blast through walls with harvested "bombegranates", and be snuck up on by silly, frilly, fish. 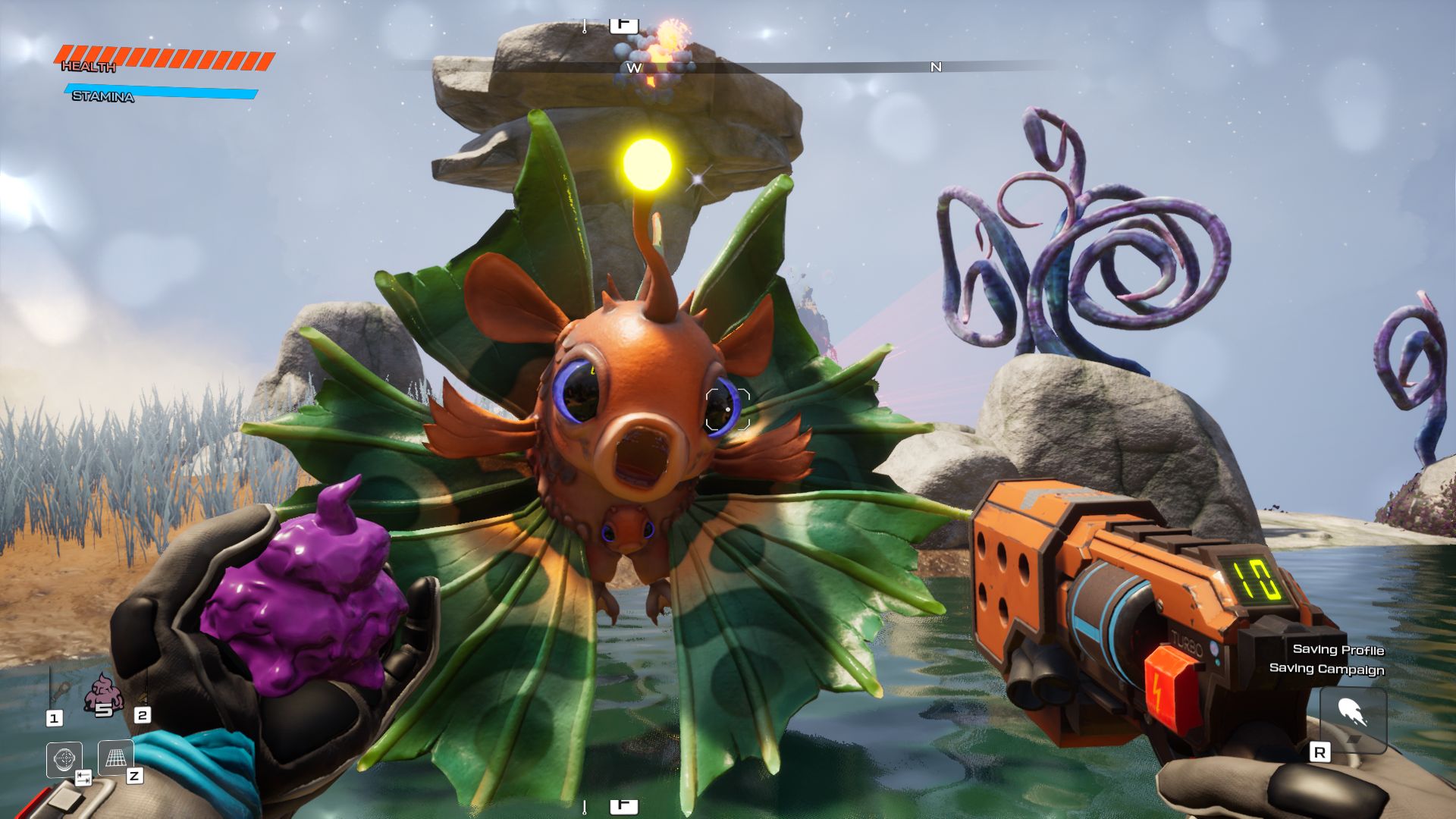 Lookatchu. Aren't you a good source of silicon? Oh yes you are.

You will need to kill many cute creatures on the Savage Planet. This is made clear from the start, when you are taught how to punch quivering eyeball pufferbirds that love you, according to your scanner. Later on you will need to punt them into the rotating jaws of carnivorous chainsaw plants. There's even a bonus objective to kick five of them into the air and blast them while they fall.

This ranks up your explorer rating, which you'll need in addition to those juicy resources in order to craft certain upgrades. I soon took to squishing most creatures in sight, idly farming their adorable little hides on the way to my next objective. The Savage Planet has a point to make about environmentalism, but its slobbering tongue spends too much time buried in its cheek for this to really work.

You start off plonked at the bottom of a big alien tower that isn't supposed to be there, and with instructions from your corporate overlords telling you to investigate it. To reach the top, you need to turn the world into tools, like a double jump jetpack and a grappling hook. This is handled through a slick little system that throws up objective markers once you've scanned something relevant, like a grapple point you can't yet attach to. Problem is, rather than hacking these out of funky alien trees and wotnot, the ingredients for your gizmos are always sucked out of alien altars decorated with skulls. 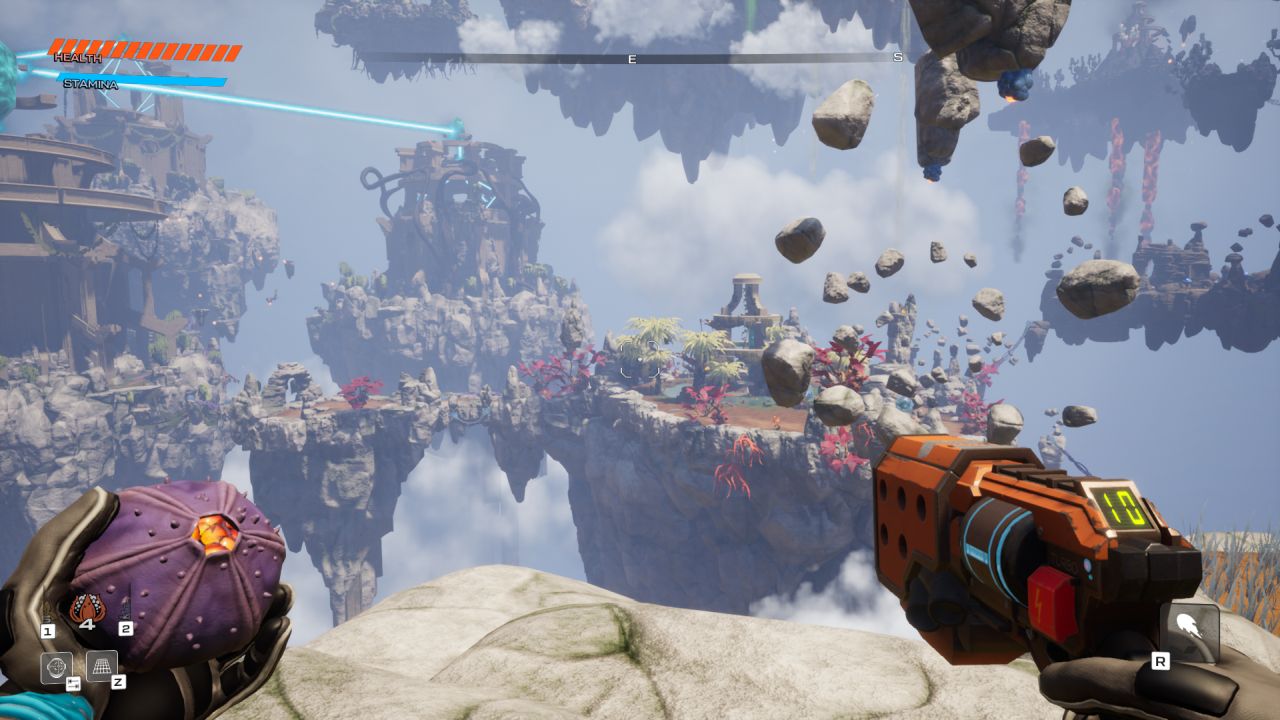 I don't, strictly speaking, have anything against alien altars decorated with skulls. But they're a key contributor in rendering the all too human hand of the designer all too visible. Despite all the colour and the wildlife, the Savage Planet doesn't feel like a place so much as a series of obstacles to be traversed. It's a gamey kind of game that makes unapologetic jokes about extracting Macguffin juice, and plasters the names of new areas on my screen when I reach them. How can I be a pioneering space explorer if someone's already labelled this mushroom forest as the Fungi of Si'ned VII?

These are small complaints, but they undermine something larger. The creatures may be bizarre, but they all fit a certain mould. They don't feel natural. They don't confound. Every aspect of the planet plays to your expectations, rather than around them. Subnautica found elegant solutions to these problems, and gosh, pity the game that gets compared to Subnautica, but also maybe go play Subnautica instead. 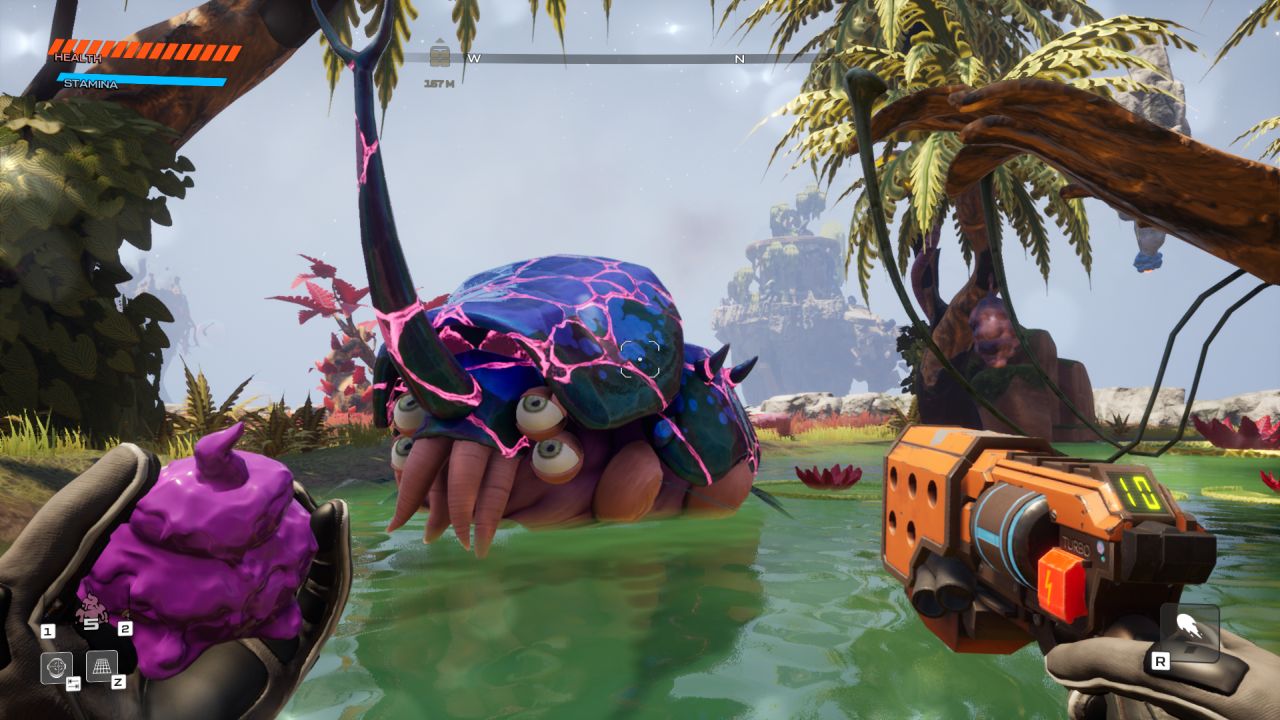 The Savage Planet is solid. It swooshes you along a parade of poppable aliens, proffering up nooks and crannies to explore along the way. It's still a pleasure to be in, still sumptuous and appetising. You will see rocky islands floating high above you, and then you'll be on those rocks, and then you will feel accomplished. Although it is a shame that reaching secret spots off the beaten path can often feel underwhelming. Some of them take more effort than a stamina and health-increasing blob deserve.

The ending isn't great, either. The mysteries inside the tower turn out too mundane, and to get to them you have to spend an age hunting for three sets of yellow blobs. The preceding lack of frustration made me resent those blobs all the more.

I've spent a lot of this review slapping a good game for not being great, so let's make up for that. The writers may be more interested in farts than I am, but they can also be very funny. The sentient slime sex line advert was a highlight, blasted at me from the hell pod where you respawn. As were the commercials for emotional disinfectant tissues, and the one for a micromall full of grow-your-own humans. I liked the computer, too, always chipper about death and clones and such. 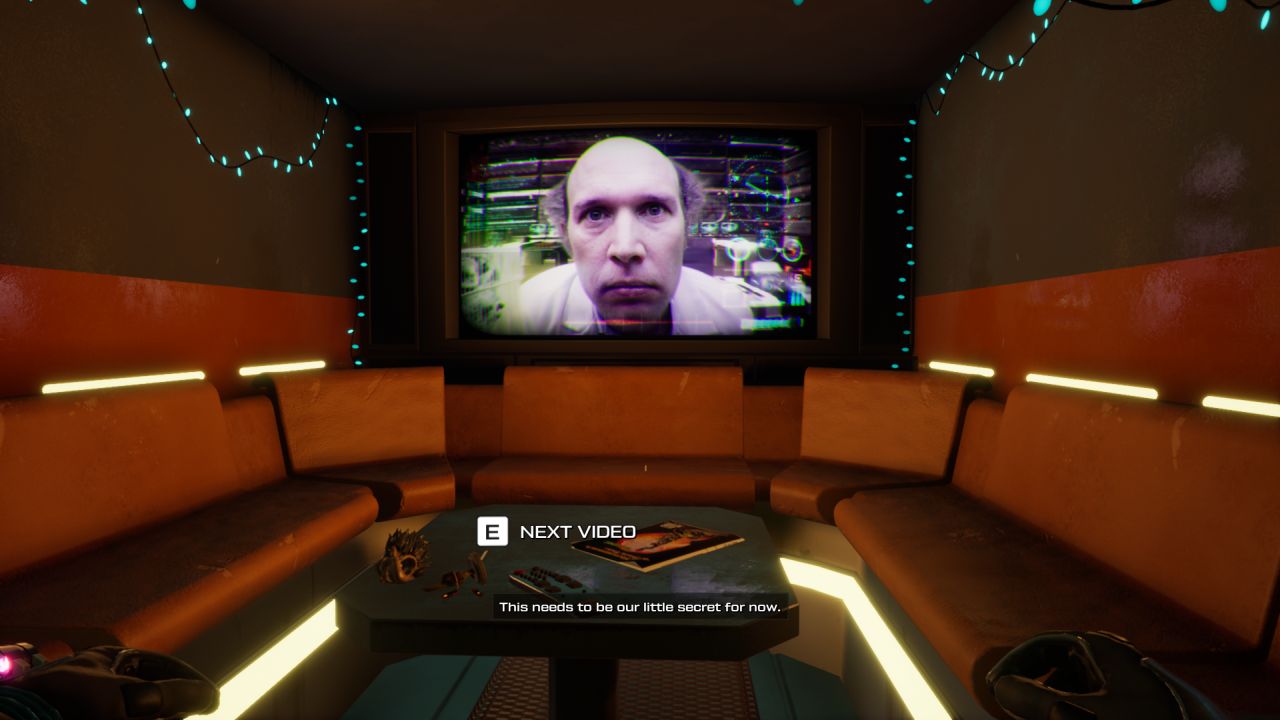 There's also an A-tier gag embedded in character creation, which I won't ruin by telling you. You should hear it for yourself.

I can't shake the frustration that the Savage Planet could have been something more, but that might be because I've been spoiled through reading reams of outlandish sci-fi. It's populated by the pulpy bug-eyed monsters of the fifties, rather than the oddities dreamt up by the likes of Iain Banks or Greg Egan. Or Liu Cixin. Or China Miéville. Or Ted Chiang. Or Peter Watts.

Perhaps it's unfair to compare wonders that can be summoned on a page with those that have to fit within the framework of a game, but that's still where my mind winds up going. If I'm being sold weirdness, I want it to be properly strange. Silly frilly fish are grand, but they're not sentient sub-atomic eyeballs. And I could do without my scanner telling me they're made of poo.

Your mileage may vary, and it might not be worth poking into every corner - but The Journey To The Savage Planet is still a trip worth taking.