In a normal year, we'd all be sitting down to a string of E3 announcements this week, but alas, we'll have to settle for several months of not-E3 instead. Still, I'm sort of glad there aren't hundreds of new game slices to pore over this week, as part of my brain is still obsessing over all the demos I played last year, chief among which is top-down 2D Dead Space-alike Xenosis: Alien Infection. Made by NerdRage Studios here in the UK, this was one of my favourite games from EGX Rezzed back in 2019 (has it really been 100 years since the last game show?), and its spooky, action-packed demo still gives me goosebumps even now.

Xenosis puts you in the boots of a deep space salvage hunter who stumbles on the remains of a long-lost government starship that was thought to have been destroyed around 50 years ago on a terraforming mission. Enterprising young salvager that you are, you decide to retrieve the ship's AI so you can sell it on for a fortune and hang up your space boots for a life of luxury. However, this ruined spaceship isn't quite as empty or abandoned as you once thought.

That's right. Ignoring decades worth of 'please don't go in there' sci-fi wisdom, you quickly discover that something terrible happened to the crew of the Carpathian all those years ago, and it's been festering inside ever since. To make matters worse, there's no breathable atmosphere inside the Carpathian, so you'll need to keep your oxygen and power levels topped up throughout and repair any tears or damage inflicted on your suit, making this game as much about survival as it is about the horrors that lie within.

Indeed, Xenosis will see you fend off all manner of nasties as you descend into the bowels of the Carpathian, and each of its eight decks will no doubt be even deadlier than the last. But Xenosis doesn't ease you in gently to its mulched menagerie of alien terrors; it goes all in right from the start, and one of the very first enemies you encounter is arguably one of the most terrifying-looking creatures I've ever seen in a sci-fi horror game. These aren't just your standard bipedal zombies, oh no. These are dripping, entrail-laden zombie torsos that drag themselves across the floor in a menacing trail of guts and gore, and I don't think I've ever emptied a clip of ammo faster than I did in that 20 minute Rezzed demo. 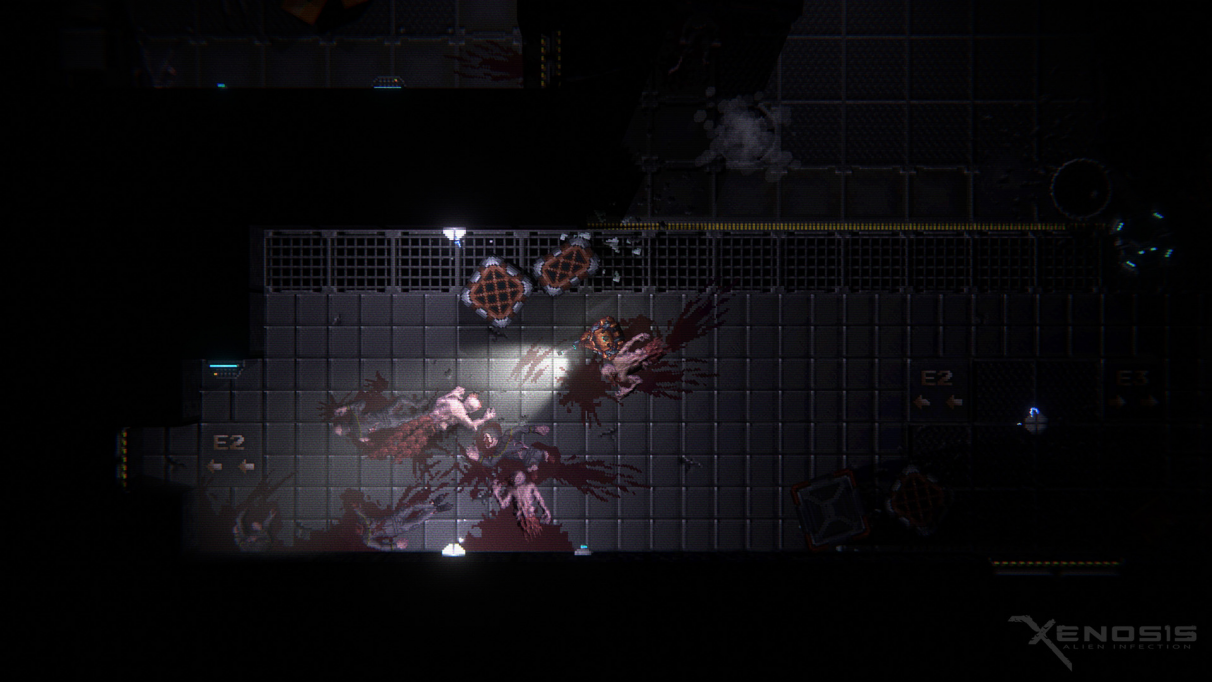 When I spoke to NerdRage's lead (and largely solo) developer James Stone back at the time, he told me he designed the monsters this way to make them easier to see and to give them more of a presence onscreen, as the top-down perspective would have made them quite small and not particularly scary if they stood up on two legs. It makes total sense when you think about it, but that still doesn't stop them from being downright terrifying in the flesh when your flashlight's on the blink and you don't have a spare battery in your pocket.

Thankfully, it's not just ghouls and mutated space goblins you'll be dealing with on the Carpathian, as Stone also hinted at a branching story line to discover if you want to find out what actually happened to the ship crew all those years ago, as well as loads of schematics to uncover to help you craft better tools for taking on the monsters lurking below. I'm always glad when horror games break up the action with a good old fashioned bit of 'tooling up', as they say, because deep down I'm a massive wimp, but I do wonder whether it will come at the cost of some of the game's tension. Xenosis' EGX demo wasn't quite long enough to get a good sense of this unfortunately, so we'll have to wait and see whether Stone will be able to pull this off come the game's final release. 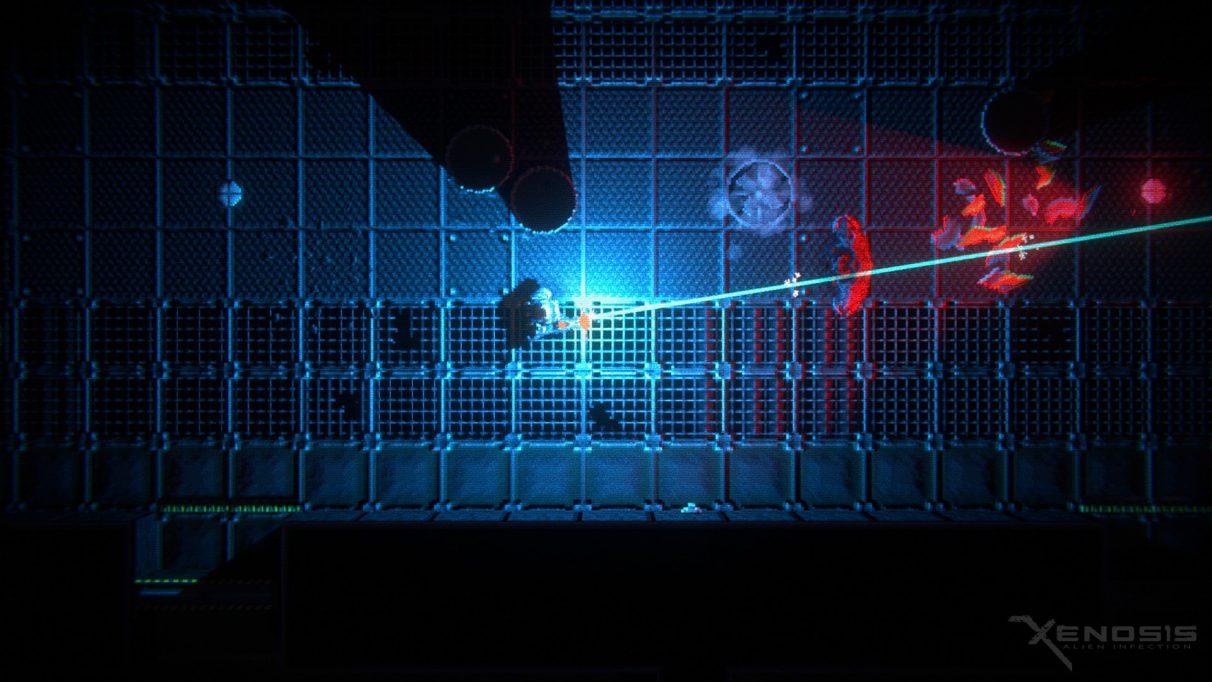 I'm optimistic, though, as the game's dynamic lighting system already shows there's plenty of opportunity for ratcheting up the suspense. Enemies can't see you when you're in shadow, you see, so you could in theory opt for a stealthy approach if you didn't want to go in guns blazing. The moment you come back into the light, though... WHAM. They are on you like space moths to a hot flame. Stone also said there will be enemies that will be able to sense you by sound, too, so I'm confident there'll still be plenty of opportunities to scare the beejezus out of me even if I manage to tool myself up to the nines along the way.

It probably sounds counter-intuitive to say I'm therefore looking forward to inching my way through Xenosis: Alien Infection's dark and cavernous loading bays come the end of the year, but there you are. This game has been on my mind for over a year now and I've been itching to get to the bottom of the Carpathian's mystery ever since, so here's hoping Nerdrage Studios can pull it altogether and make a sci-fi horror game for the ages that can sit right up there alongside its Dead Space and Alien Breed inspirations. To find out more about Xenosis in the mean time, check out its Fig crowdfunding page or wishlist it on Steam.