It’s difficult to give a hugely meaningful preview based on hands-off footage, especially if that footage was all pre-recorded. What I can definitely tell you, if this will be any surprise, is that if you really liked or disliked Life Is Strange, you will probably have the same reaction to Life Is Strange 2 because it is Life Is Strange but more.

Taking place about three years after the first season, Life Is Strange 2 has more of all of it. More OST mimbling acoustic guitar music, more tracks from cool (but more expensive) bands, more of the protagonist looking at stuff like packets of cookie dough and possibly having thoughts about it, more sitting still for ages in picturesque spots, more teen struggle, more ultimately quite binary choices, more dialogue that’s at times so unnatural it’s almost impressive. Look out for “you thirsty bitch!”, which I am sincerely hoping will be the new “hella”.

But more of the good stuff, too. More cutesy little details here and there, way better animation, more polish so that the slightly fudgy style of Life Is Strange’s world looks more real. And, once suspects, more emotion. Meet, this time, Sean and Daniel Diaz, brothers rather than erstwhile besties, supporting each other in a time of immense hardship. Based on the two scenes I was shown - one from the start of the game which is embedded below, the other from a little later when the boys have been on the road for three days already - there are some clear themes emerging. Is it much of a leap to identify themes, as if Life Is Strange were a book we were analysing during GCSEs? It’s about teenagers again, so I’m going to say no, and that actually it’s very clever and all fits together perfectly.

This is an easy one to be sure I’ve got right, because the co-creative directors Michel Koch and Raoul Barbet said in the presentation that “education is a pillar of the game”. As Sean, the actions the player takes will affect Daniel. In one scene shown, I saw Sean steal a candy bar for Daniel. Thus Daniel may learn that stealing is acceptable and may, for example, steal things by himself later in the game. But Daniel will also remember general things that Sean teaches him, like trailsigns in the woods around Seattle. Environmental storytelling still plays a huge part, from the looks of things, but now anything with an extra blue icon on it means you can talk to or interact with Daniel as well. He was, incidentally, my favourite part of the showcase; he felt like an actual real-life child in a lot of what was shown, and he’s used to surprising comic effect in the background sometimes, too.

It feels like the extension of the kind of ‘your actions have consequences to those around you’ vibe from all Life Is Strange games. When you’re a caregiver the effects can be felt more directly and over a much longer timescale. Though I remain quietly dubious, as with all games where a big deal is made over your personal choices, on how much said choices have meaningful consequences vs. the artful illusion of meaningful consequences.

Sean and Daniel are hiking down one side of the United States without any adult supervision, from Seattle down to Mexico. Barbet and Koch both made reference to this Life Is Strange having the structure of a road movie; the boys pass through multiple different environments rather than staying in one small town as in the first series. 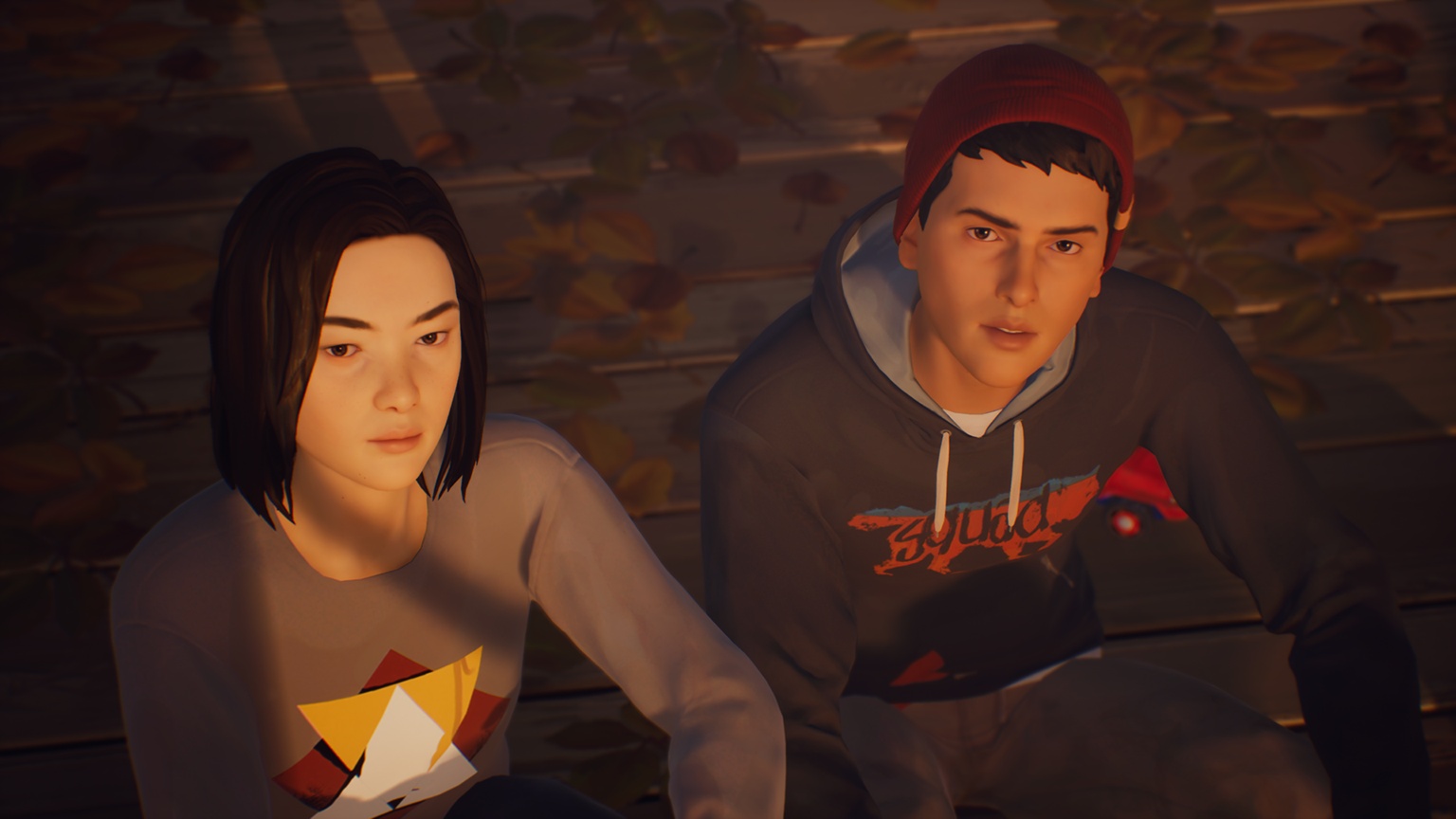 Daniel is a very imaginative and creative child, a theme established in season two’s prequel The Awesome Adventures Of Captain Spirit. You see him working on secret projects on his own, running ahead of Sean to explore, and imagining himself into being afraid when he thinks that the trees of the forest could potentially be monsters waiting to attack them. Koch mentioned that a lot of work has gone into the AI for Daniel, who will explore and interact with the environment without you, to make sure that he’s “believable, sensible and also super cute.” Daniel seems, in fact, to not really be aware of the real reasons he and Sean have left home.

Sean is just 16-years-old and still unsure of the path he wants to take in life, but finds himself leading his brother across a continent. He still has a little childish fullness in his cheeks, but understandably wears a very serious expression and feels the weight of the world. He's caught between being a boy and being a man. The interactions I was shown between Sean and Daniel seemed natural, even if the dialogue isn’t always. Even some of the individual actions are a leap ahead of the first Life Is Strange - Sean singing along to a song on his stereo, for example. There were, however, some points that made me think of the famously antagonistic Doubt option in L.A. Noire. An altercation with a neighbour gave the choice of confronting said neighbour or questioning Daniel. I’ve never really thought of ‘question’ as being the same as ‘immediately grab hold of and yell at’, but here we are. 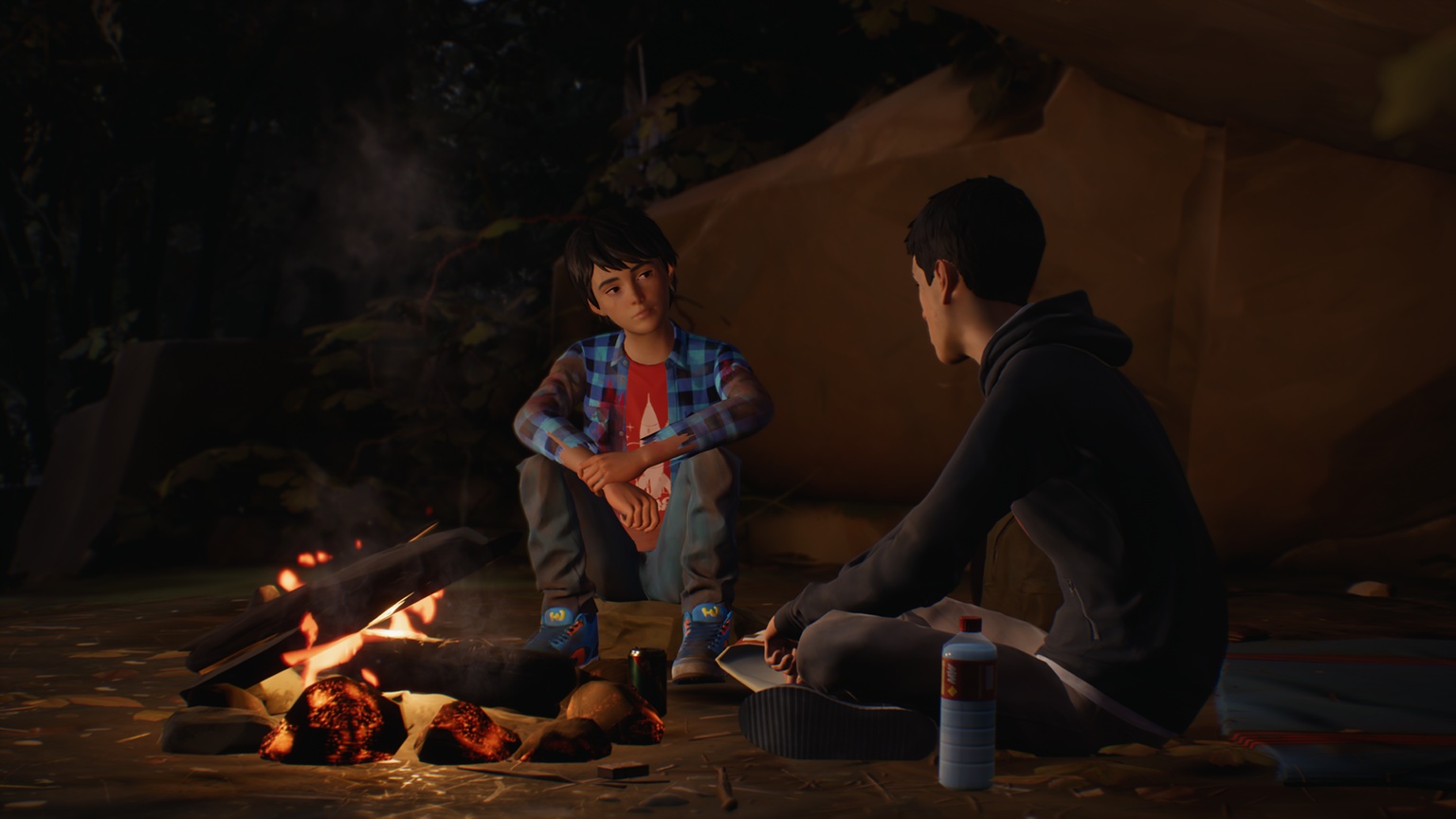 Wolves have some contradictory associations: the wolf pack vs. the lone wolf. There are shots in the trailer of the brothers making wolf howls together, and the symbol for your action having an effect on Daniel is a running wolf and wolf pup in the corner of the screen. Sean’s hoodie has a wolf, with the word SQUAD over it. Washington has a bunch of wolf packs in real life, as it turns out (their population numbers were up last year! Good wildlife preservation facts). The Diaz brothers are sort of their own little wolf pack, and you can already sense the sort of pivotal choices you might have to make that would split it up.

The Diaz Squad already seems to have a colour scheme. The wolf on Sean’s top is mostly red, with a smidge of blue across the top, while Daniel’s wearing a shirt in the same shade of blue over a red t-shirt. As mentioned, the ‘Talk To Daniel’ interaction is show in blue too. If I was being really wanky I’d say that it looks like red is the colour of adulthood and blue is the colour of childhood. Daniel is mostly blue, but is starting to shed it a little bit, while Sean doesn’t have a huge amount of that childhood innocence left. 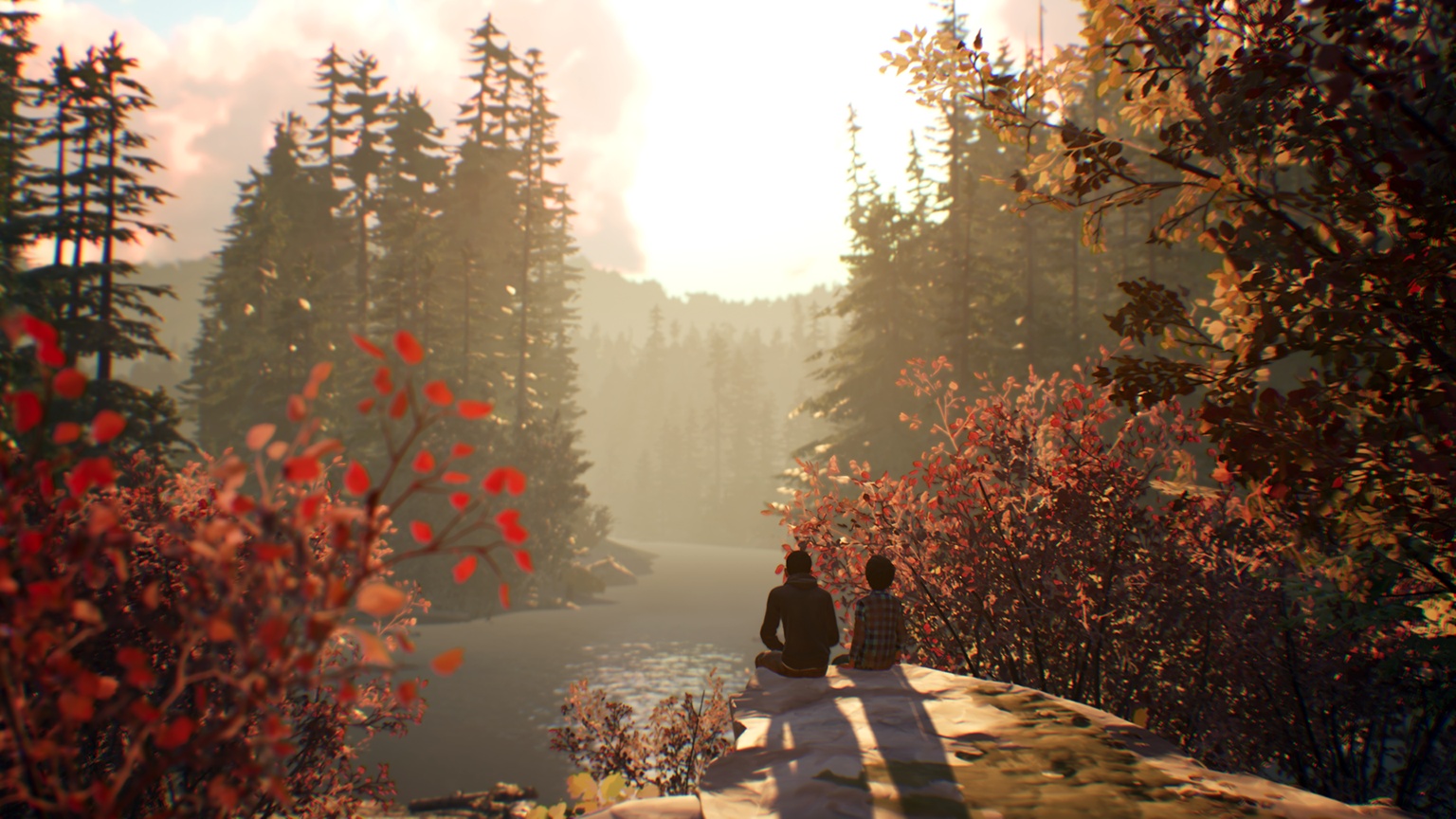 During the incident that forces Daniel and Sean to leave their home, they’re both knocked out by a powerful explosion and/or forcewave that destroys much of the area around them (and sends a police car flying, as you can see in the trailer). It’s left slightly ambiguous in the trailer, but either Daniel or Sean seems to be the source of whatever it was - exploding in times of extreme distress being a way worse superpower than rewinding time, by the way. It seems like Sean assumes it was his fault because he’s that sort of person, but my money is definitely on it being Daniel. This is all taking place in and around Halloween, which is of course wildly supernatural, and Daniel spent a good chunk of the opening scenes covered in fake blood of and wearing a monster mask, which seems suspiciously metaphorical if you ask me.

What's not clear from these two scenes is whether the whole is greater than these thematic parts, but there's not long til we found out. Life Is Strange 2's first episode will launch in a little over a month, on September 27th.