Hello, it's me, the list goblin, here in this festive first week of December to deliver a big black bin bag of presents to you. And by presents, I mean a single irrevocable inventory of the most disastrous and terrible winters in the videogames of recent history. Yes, there will be cannibalism. Yes, thousands will die of exposure. But from this great compendium of coldness will come knowledge, strength, and, okay, at least one adorable puppy. Here are the 9 harshest winters in videogames. Wrap up. 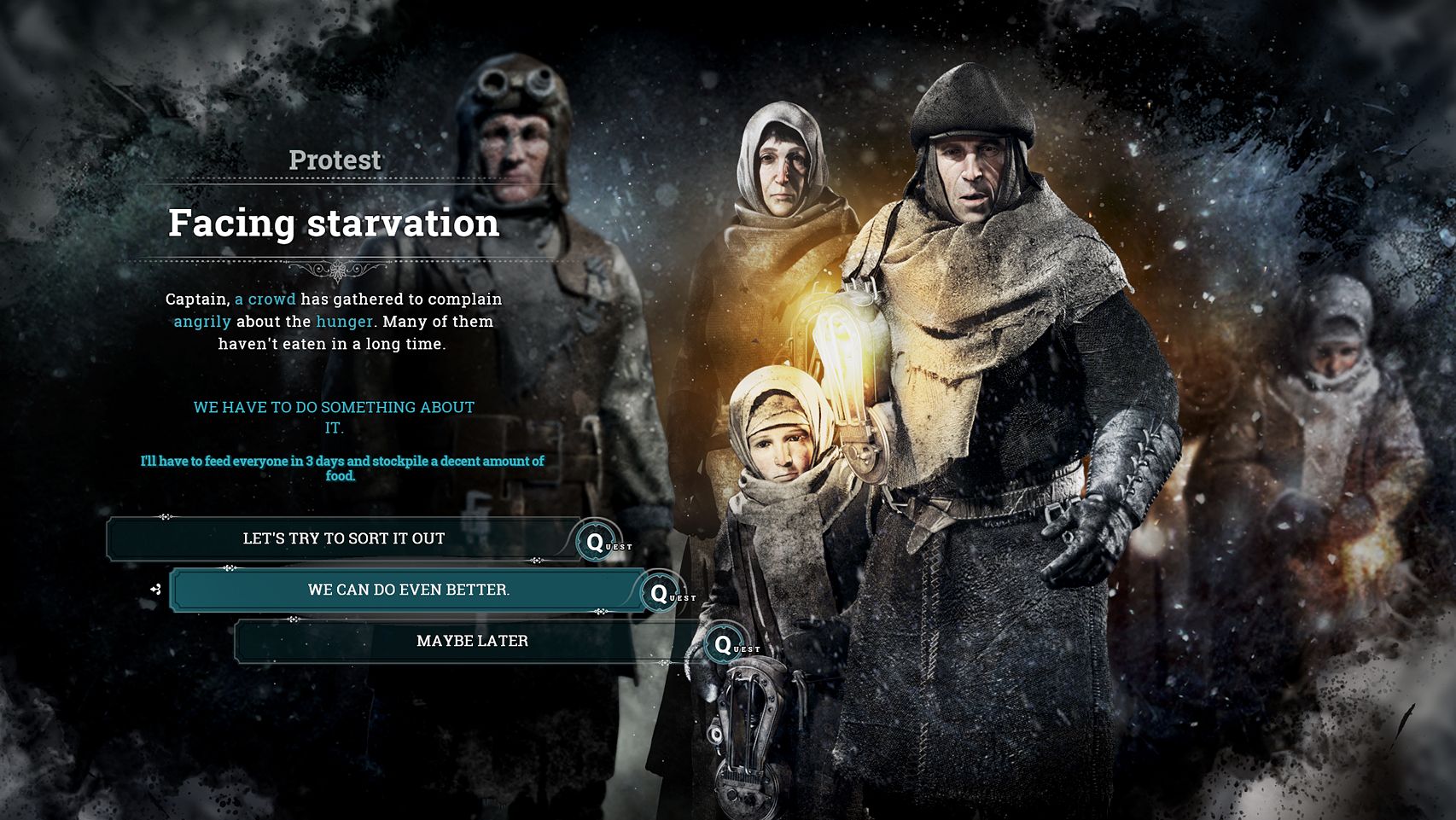 It wouldn’t be Christmas without a few children dying in the coal pits. Frostpunk is a bleak snowstorm of a city builder where you erect giant, temperamental steam engines among the ramshackle houses of your shivering citizens. Its Dickensian tone gives it the feeling of an ice age narrowly missed by humankind. Your city is huddled in a massive crater and you must send groups of explorers out to the permawastes to look for survivors, like doomed stag parties. Meanwhile, you lay down laws to keep order in the city. Laws like: human meat is part of a balanced diet. It’s basically what would've happened if the crew of the Erebus had established a small city-state when they got stuck in the Arctic. 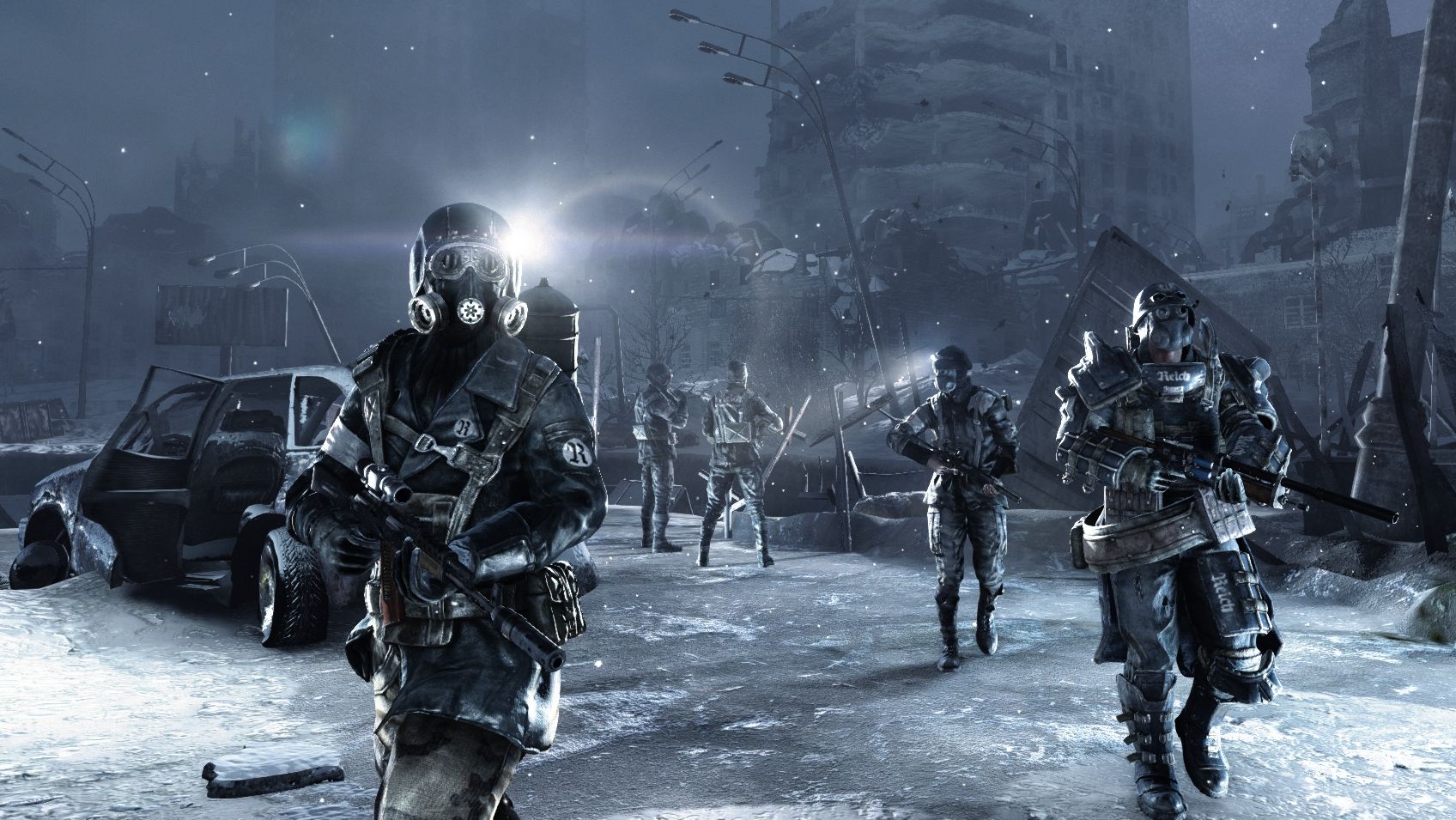 “Last Christmas, I gave you my heart / The very next day, the world was boiled in a global nuclear Armageddon and devastated by subsequent radioactive winter.” That is a line from the song “Last Christmas” by Wham, which describes the horror of humanity’s final Christmas. First-person shooter Metro 2033 lets you see the aftermath deep in the tunnels of Russia, where fascists and communists bicker over humankind’s last remaining pair of thermal pyjamas. But once you stick your head above ground, you see that the Moscow of the surface is even more of a mess. A cold, harsh pile of Geiger-clucking rubble, infested with mutants. Nothing looks the same in the light. 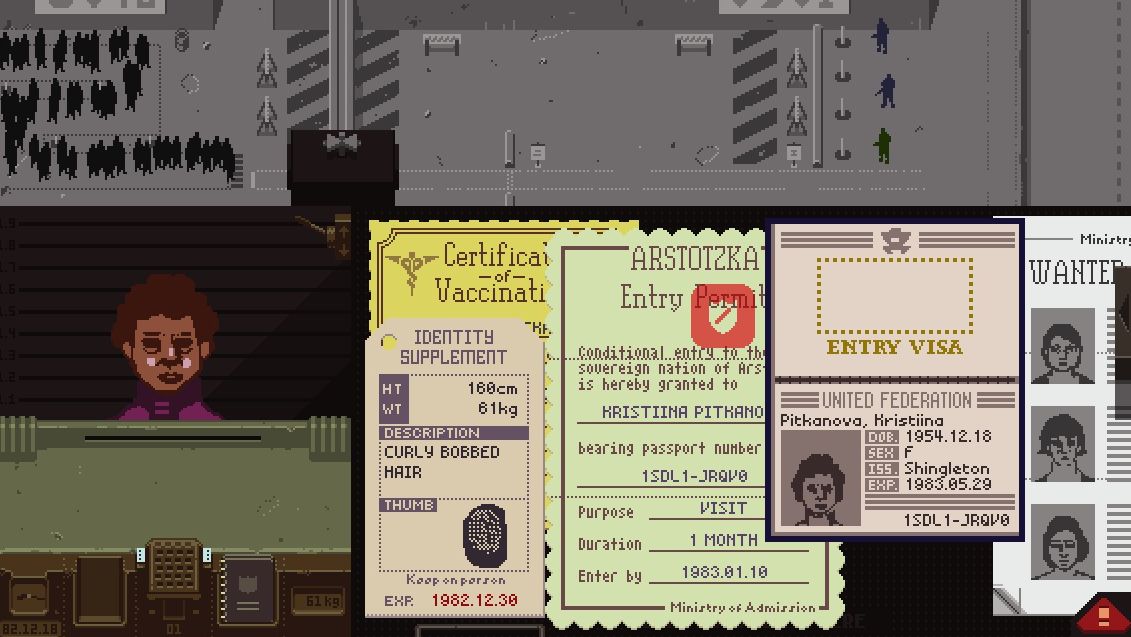 The harried inspector of Papers Please suffers the worst winter of his life. At least, I hope it’s the worst, because, Jesus. In a single month the tragic hero of the Arstotzkan proletariat has his savings confiscated, his sister arrested, and witnesses seven terrorist attacks among countless other stresses. All this while following the government’s confounding rule changes and trying to earn cash to keep his family warm and healthy enough to survive the bitter season of want. Depending on how you play, your wife will die and you will be reported to the authorities by your boss because you hung up your son’s crayon drawing in your customs booth. Now that's cold. 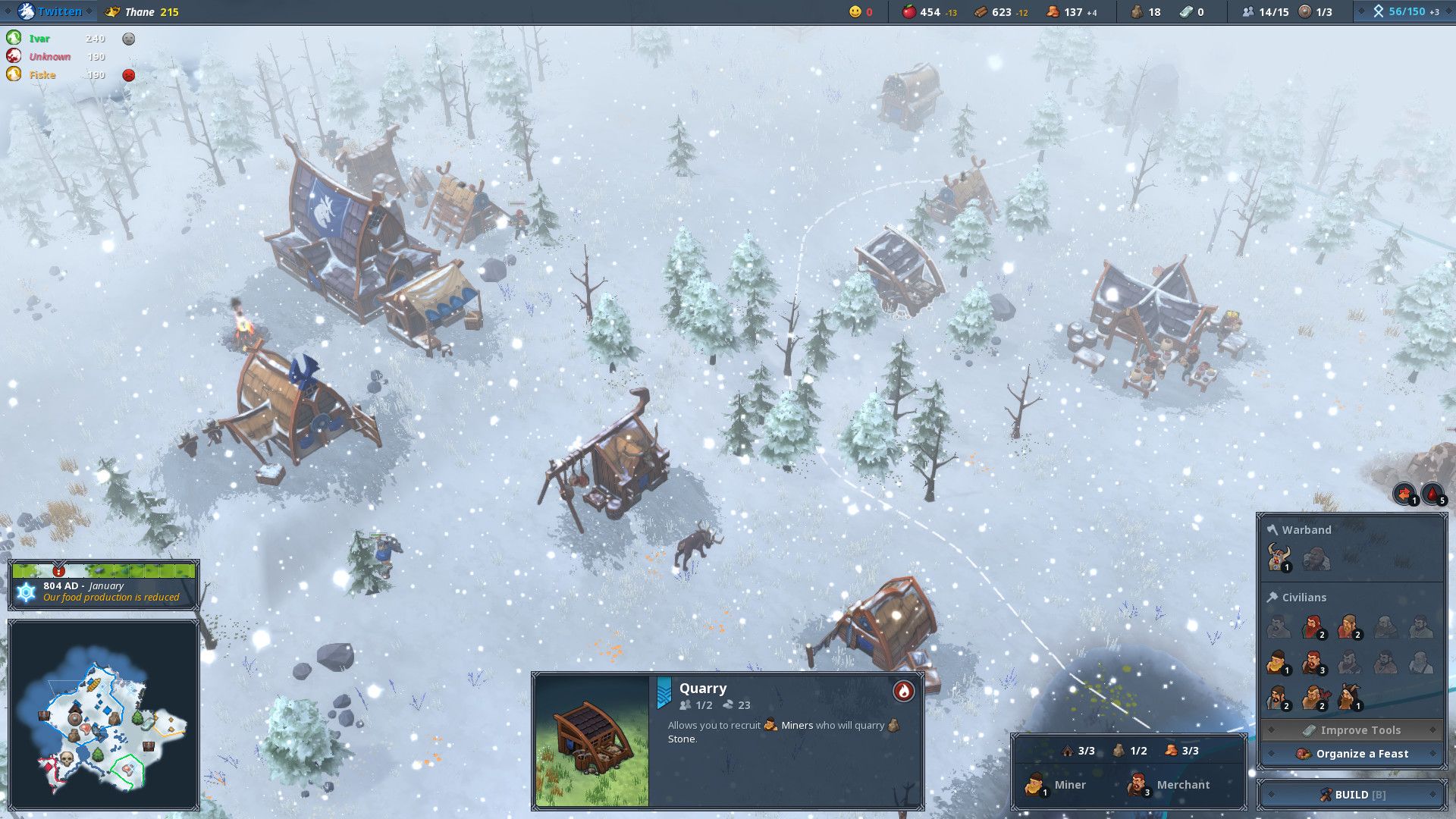 What a nice ploppy game about building a viking country. Plop, there’s a lumber mill. Plop, there’s a harbour. Plop, there’s a merchant stand. Plop plop plop. What’s this? A “blizzard warning”? Don’t know why that’s significant. It gets snowy every year in this gentle strategy game. You just stockpile a few extra apples, dontcha. What's so scary about fluffy rain, ha ha. 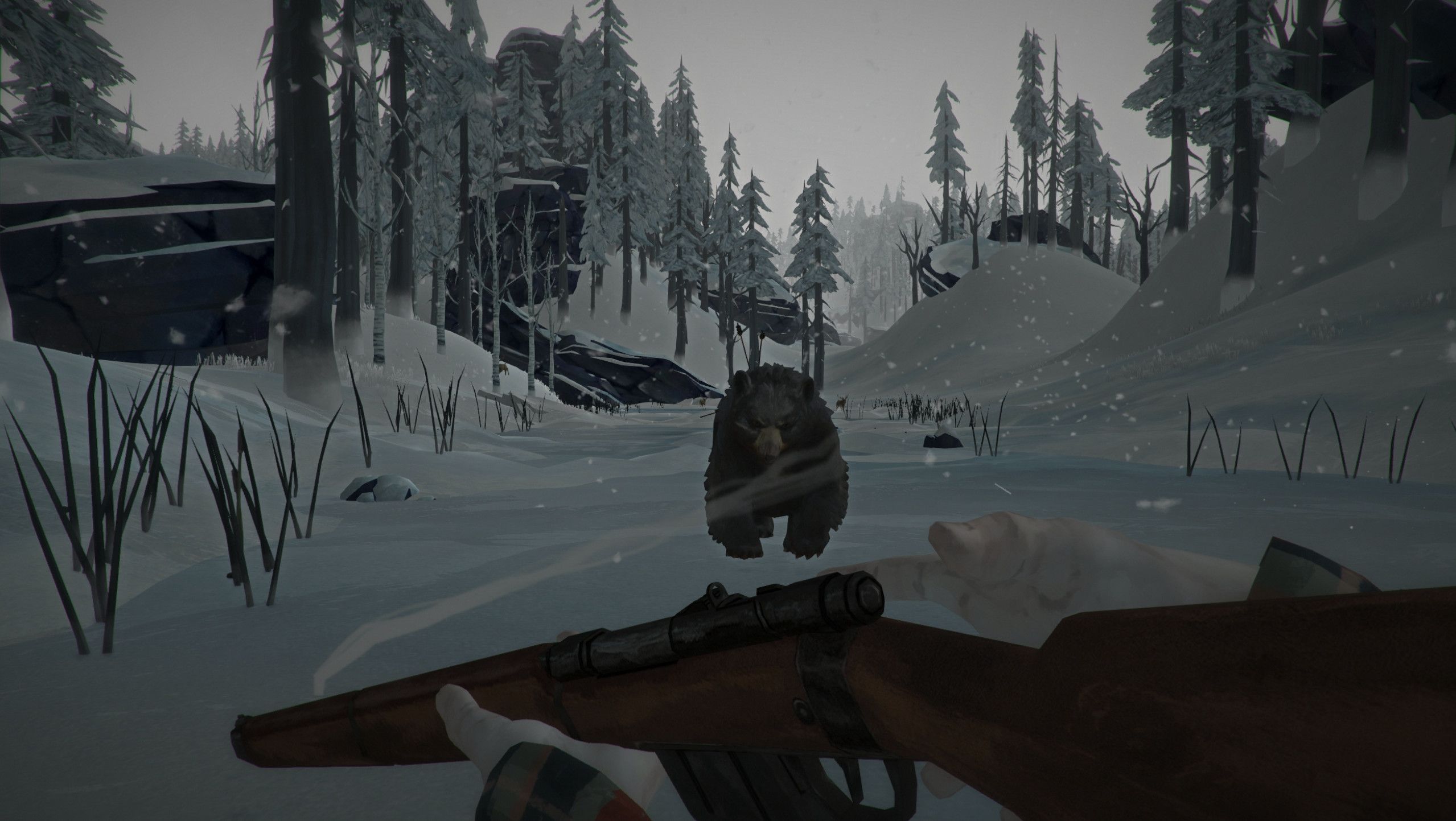 The Long Dark is perhaps the coldest a screen will ever make you feel. It’s a world of constant entropy, as Cogwatch once pointed out, in which the blizzards are only the loudest worry. All your equipment is constantly wearing down, your hunger won’t abate, and starving wolves snarl at your knees like hairy skeletons every time you leave your crappy fishing hut. It’s like Disney’s Frozen, if Elsa were a ragged mute who had not showered in months, reduced to eating lukewarm dog food. 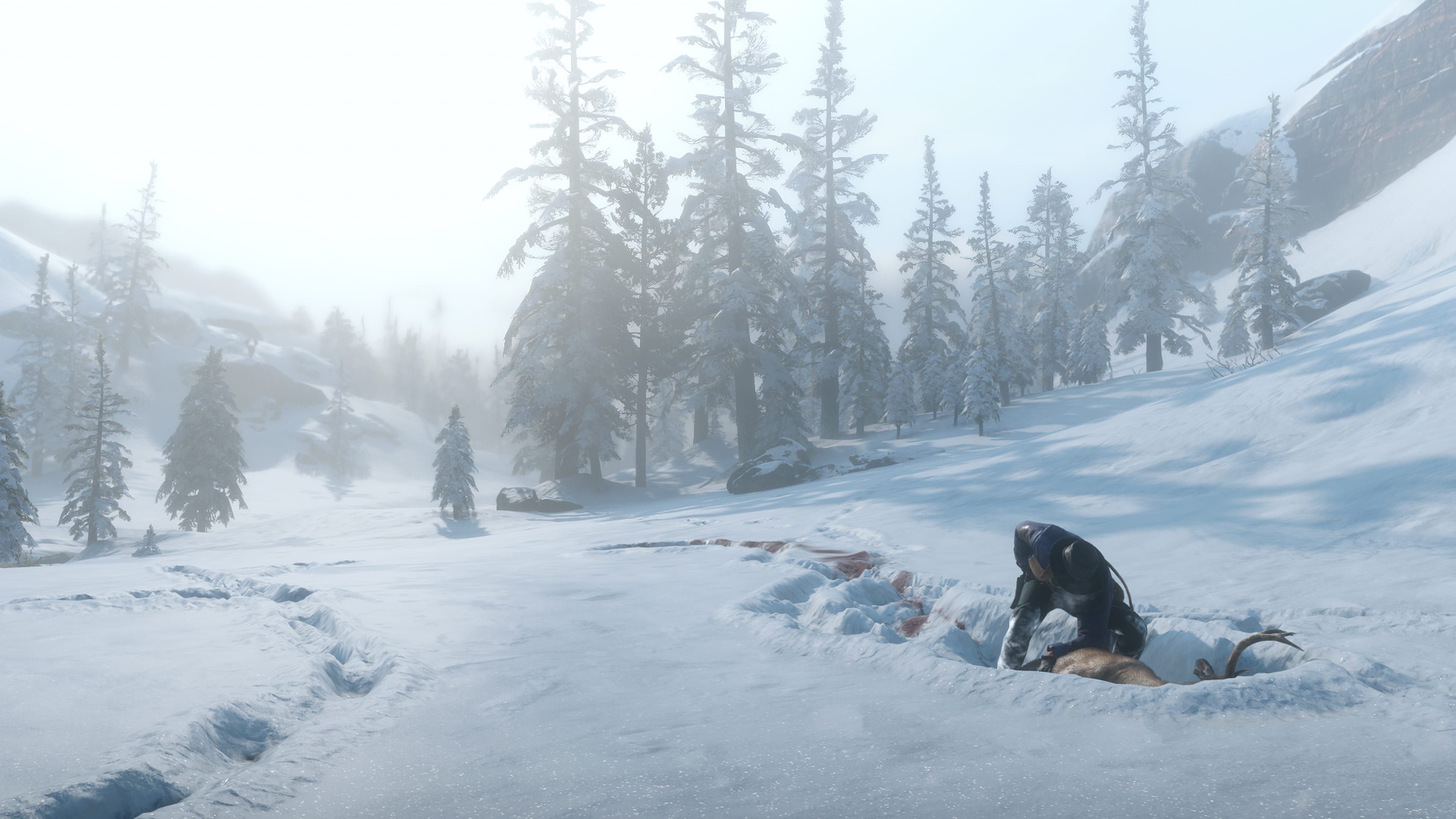 The opening of Rockstar’s rootin’ toot ‘em up has you and your sorry gang of reprobates huddling up in an abandoned cabin like a gang of cold bats, waiting for the icy days to pass. Which is handy, because it gives you the 8 billion hours to tramp bow-leggedly through the game’s slug-like tutorial [it takes 1 hour and 30 minutes max - Exaggeration Ed]. Skinning deer, horse-riding, stealth murdering, hog-tying, scavenging canned peaches - it’s all on the seasonal menu of learning, cowboy. Of course, thanks to PC magic, you can skip winter with helpful save files. 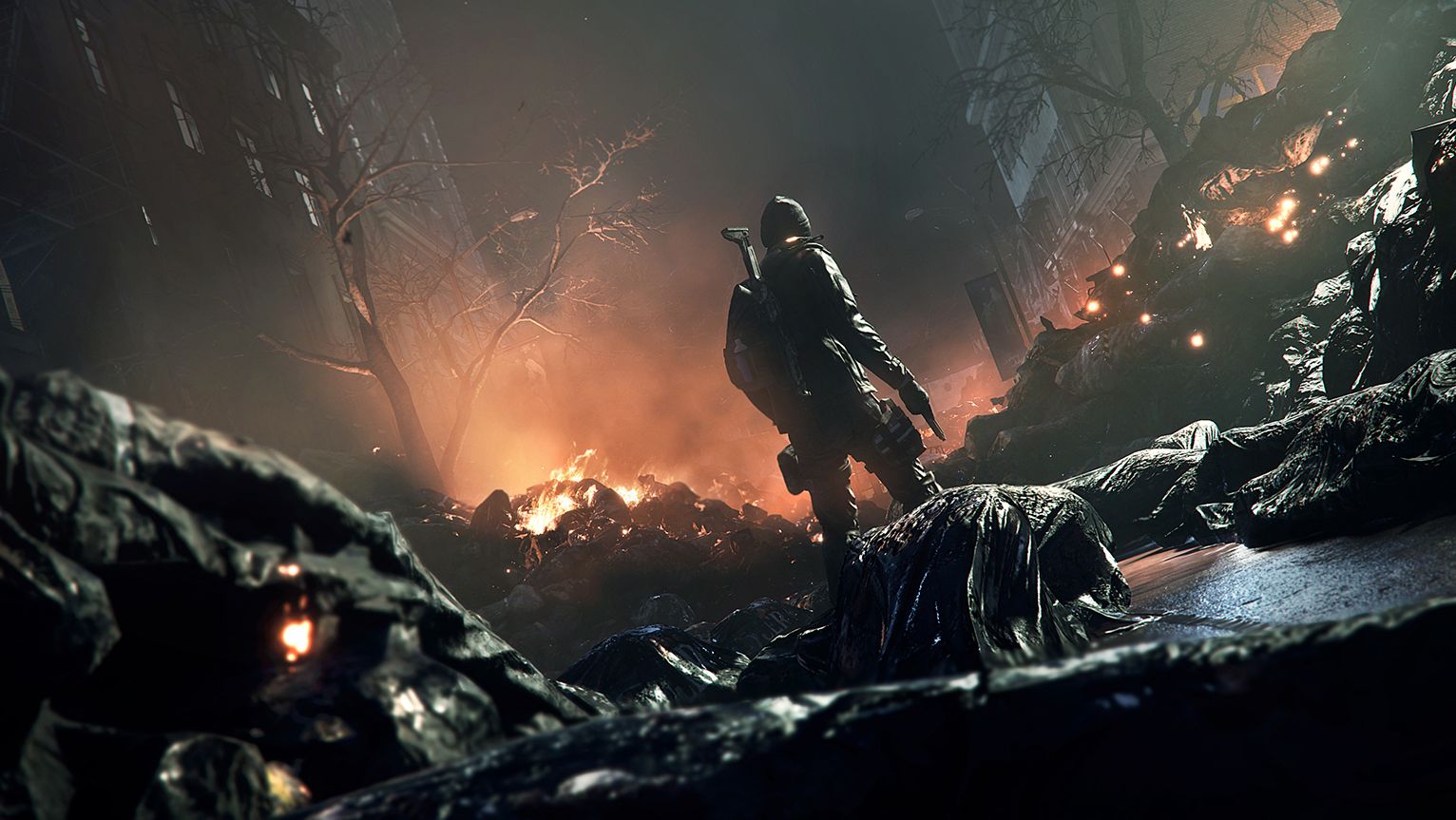 The hot Washington of The Division 2 is nice, with its deer and raccoons and all, but the snow and slush of The Division 1 made the collapse of civilisation feel that much more cold and cathartic. Its setting is 'New York with a bad flu', where you tramp around seeking hip-high cover, wrapped in scarves and mittens, killing humbugs who lack the holiday spirit. Survival mode is the height of this wintry shoot-to-loot stayaliveism. It's a multiplayer mode about stumbling through a whiteout like a Toronto drunk, trying to stay warm at oil drum fires, and drugging yourself to fight off viral infection. The sequel doesn’t have this mode, sadly, and Washington DC’s citizens still haven’t tidied up last year’s Christmas decorations. Which is fine because, let’s be honest, your tree will be up until March. 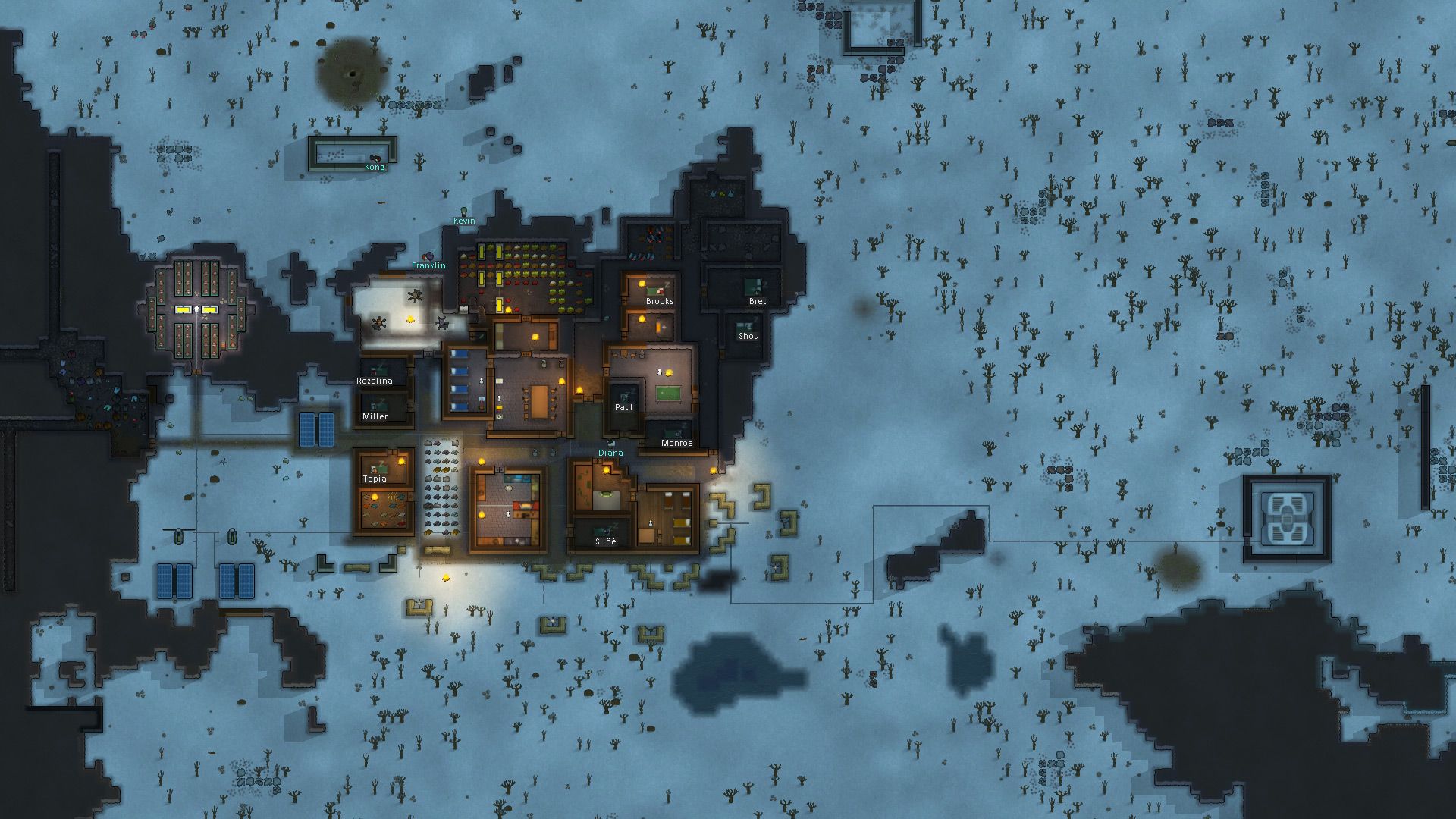 The heatwaves and bushfires of Rimworld’s summer months are dramatic moments of panic and turmoil, but the winter is a different brute. It is the slow death of colonists from not having enough heat in their bedrooms, the fear of running out of electricity in your settlement’s batteries because the sun eclipses at the worst moment. It is blight and sickness and cold snaps. If you’re really unlucky, you will suffer a “volcanic winter”. A months-long, planet-wide ash cloud that slows plant growth and disappears herds of meat-rich alien buffalo. If losing is fun, winter in your struggling colony of walking corpses must be a laugh a minute. 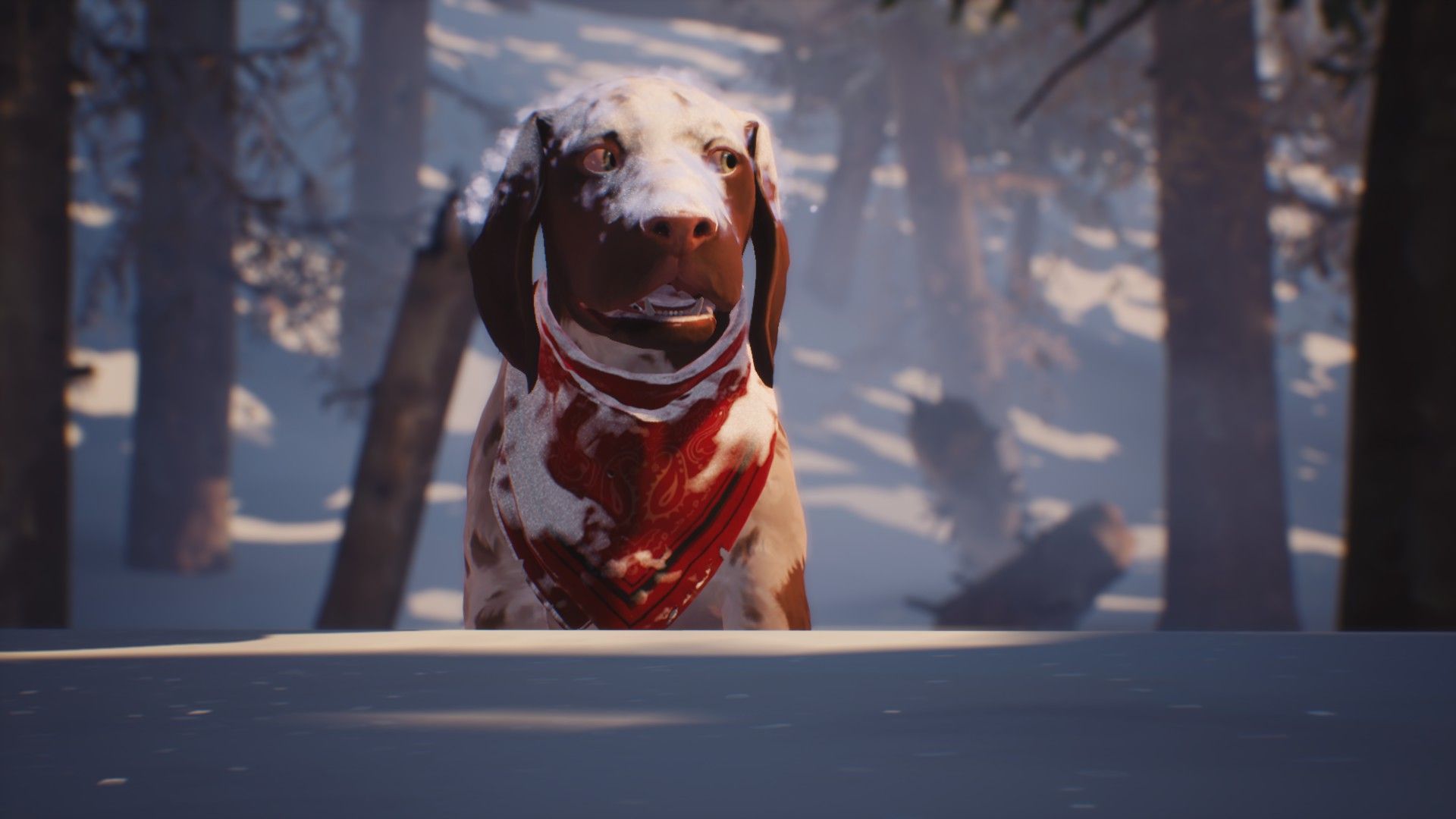 Spoilers, y'all. The Diaz brothers of this choose-your-own-misery game do not have an easy time in any of the seasons, but their first winter as fugitives from Jonathan Law is particularly unpleasant. In episode 2, Daniel, the Jedi puppet who claims to be a child, gets sick as they squat in an old cabin. And then their new pal, little Mushroom the puppy, is savaged by a mountain lion. If you make the choice to spare the offending big cat from Danny’s psy-vengence (he wants to telekinetically snap the wild thing’s neck, good grief) the animal will bound off with the puppy corpse in its mouth. Presumably to mince into a furry burger. Awful.

One Off The List from… 17 reasons to be thankful

Last week we listed 17 things to be thankful for in games, including quicksave and that one guy who tells you "there's no turning back" when you're about to wrap up the storyline. But one thing was discarded like a damp cigarette. It’s… phenomenal sprinting speed. 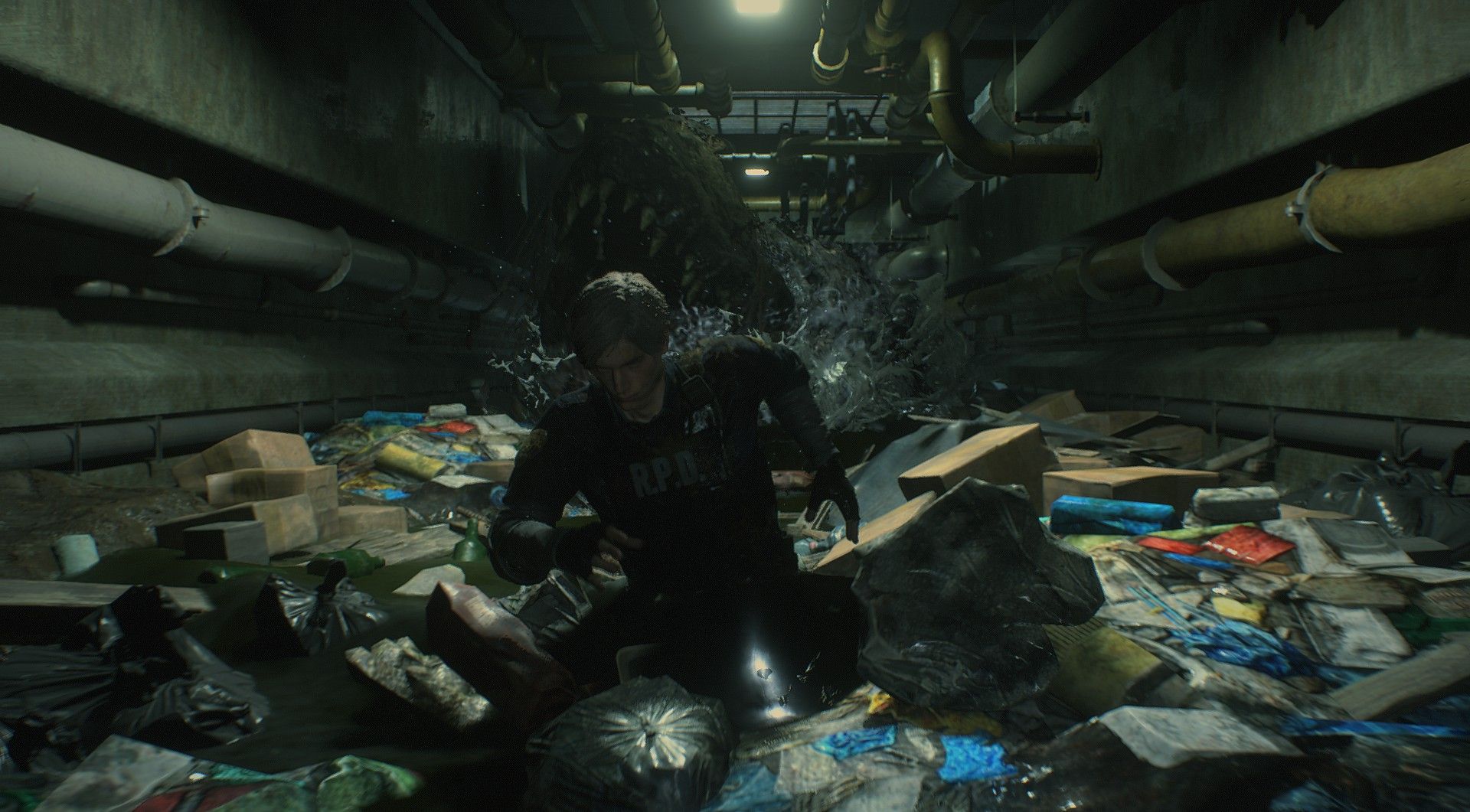 The case against moving faster than a wild animal of the Serengeti was made by commenter "Thomas Foolery", who says game designers should slow things down and let us take their world in for a change. "If you’re sprinting through the environment all the time," he said, "it’s often just flying by, and everything starts to blend into everything else. This doesn’t even need to make the game take longer – just make environments more compact!"