If you click on a link and make a purchase we may receive a small commission. Read our editorial policy.
A Panel Shaped Screen is a monthly column where Giada Zavarise explores how comics and video games inspire each other. This week she looks at how The Darkness was adapted, and which run of the comic would suit you the best.

The Darkness II is a game about being a mafia hitman, shooting everyone, and feeding the hearts of your enemies to the black abomination coiled inside your chest. But it’s also a game about fighting your darkest self, doubting your own mind, and finding salvation in love. When John reviewed it, he said: “I was genuinely expecting a brash, stupid shooter, noise and bluster and shooting at heads. That it’s so smart is a fantastic surprise”.

The Darkness II (like its console exclusive predecessor) is actually based on a comic book series, first published in the nineties. 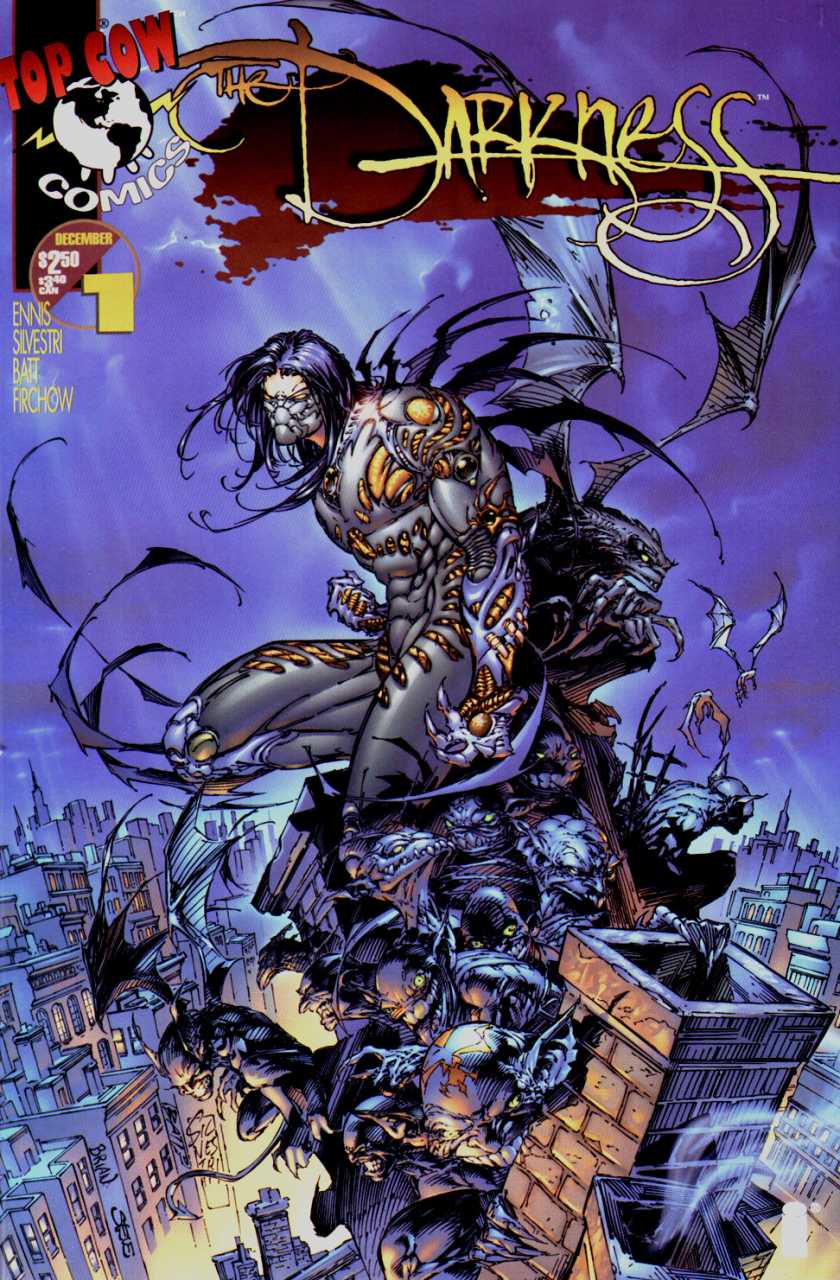 Please admire the broodiness. The edginess. The tacky armour. The Darkness II is a smart game because it’s not, purposefully, a faithful adaptation. It’s the 2005 Constantine movie of the videogames world. I swear this comparison will eventually make sense.

Adaptations are a tricky business. You can’t cram hundreds of pages into a few hours of cutscenes. You have to play surgeon. Make compromises. The talent is all in assessing how much you can remove while keeping the patient alive. Sometimes you tear a plot apart, but try to preserve the original atmosphere. Sometimes you include the most iconic scenes, while burning all the context around them. Sometimes you focus on the premise and give it your unique spin. You become doctor Frankenstein. You graft strange new limbs to your horror creature. And sometimes you find, on your surgical table, a monster with five hearts, a dozen legs and a handful of eyes, and things get messy.

Most American comic series have a rotating roster of creators. Usually, a writer stays on a book for a few years, writing a big story arc (also called “a run”) and wrapping it once they leave the book — kinda like a season of a TV series.

Different runs can have completely different (and sometimes contradictory) takes on the same character; the longer a series goes on, the more difficult it becomes to define which interpretation is the purest one. The original run? The most popular? The obscure masterpiece loved by the critics? Which heart are you even supposed to cut out? 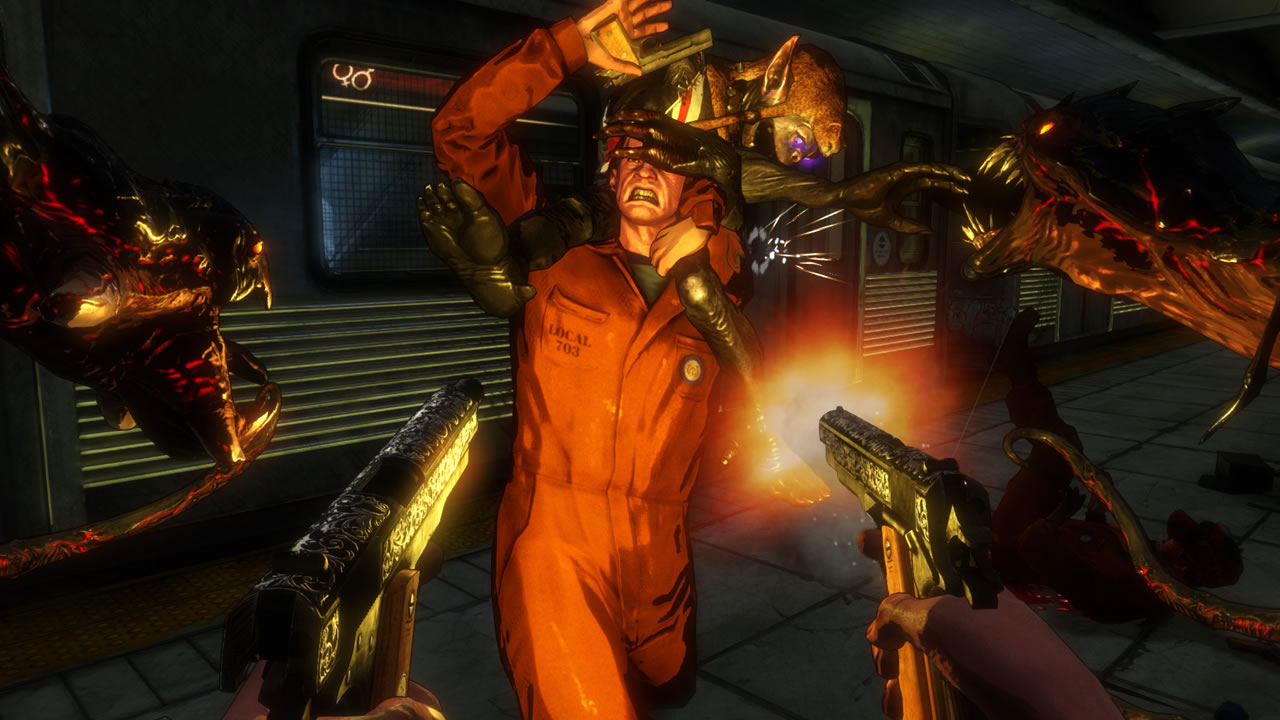 Sometimes, the best way to adapt something is to amputate the most interesting elements, throw your patient out of a window, and assemble a new monster with the pieces you’ve got left. It’s a bold choice. When it doesn’t work, you get disaster. But if you’re a good surgeon, you get works like the Constantine movie or The Darkness II.

The game’s writer Paul Jenkins (who penned some issues of The Darkness comics as well), strips out a decade of stories to its bones: a tormented mafia hitman, a dark curse, and buckets of blood. Gone is all the magical mumbo-jumbo from the comic, which sees the Darkness as a pawn in a never-ending battle between light and dark. The protagonist also gets some plastic surgery; some of the edges are rounded off and polished. The Jackie Estacado of the comics has always been an atypical example of manliness — a ruthless criminal who doesn’t drink alcohol, a womaniser due to a fear of commitment. The game makes him a more standard brooding man, but he also becomes more sympathetic.

Jackie cares about his mafia family. About his aunt. His girlfriend Jenny got killed at the end of the previous game, but he keeps seeing her in visions and dreams. She’s not another girl fridged just to fuel a man’s revenge: she’s a trauma, and regret, and helplessness. We care about Jackie because he cares so much about everyone else. 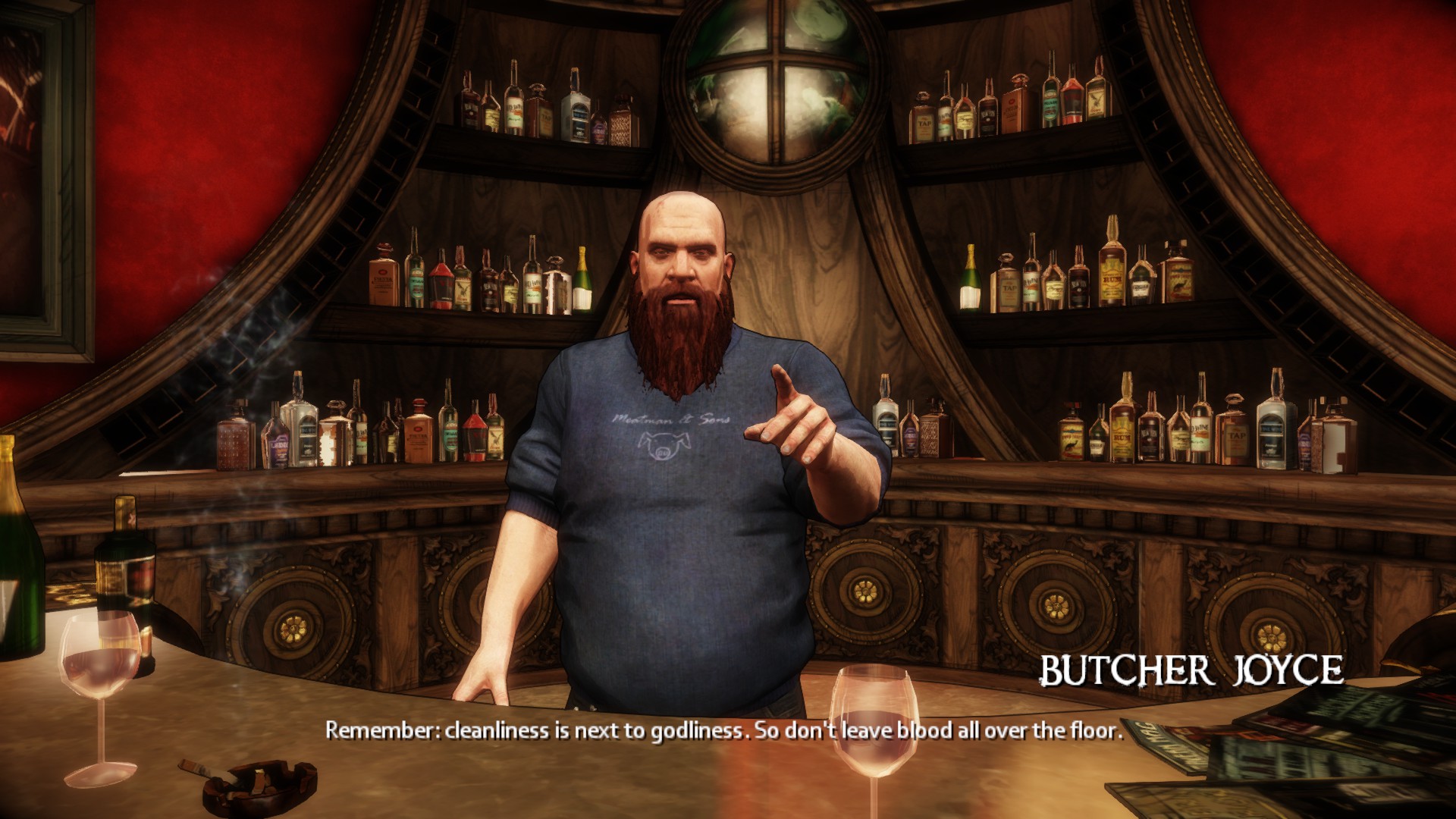 Adaptations don’t always please the original fans, but they can get more people interested in a franchise. People might want to read the original comics after playing The Darkness II —- only to discover there are no comics that feel exactly like the game, because the game was only loosely based on the source material.

Over the years, The Darkness comic got many different runs. It switched from being a funny take on grimdark anti-heroes, to becoming the incarnation of all it was meant to ridicule. But if you told me what you liked best about the game, we could find the shade of darkness that matches the tint of your soul.

If you liked the game’s plot and simply want more of that, read The Darkness: Levels, by Paul Jenkins, a collection of prequel stories set in the same continuity of the game.

If you think the foul-mouthed Darkling was the best character of the game, read The Darkness: Compendium by Ennis and Silvestri. The original run of the comic wholeheartedly embraces the edginess of the nineties, while also fully acknowledging its silliness. It’s vulgar, it’s gory, and it’s a lot of fun. 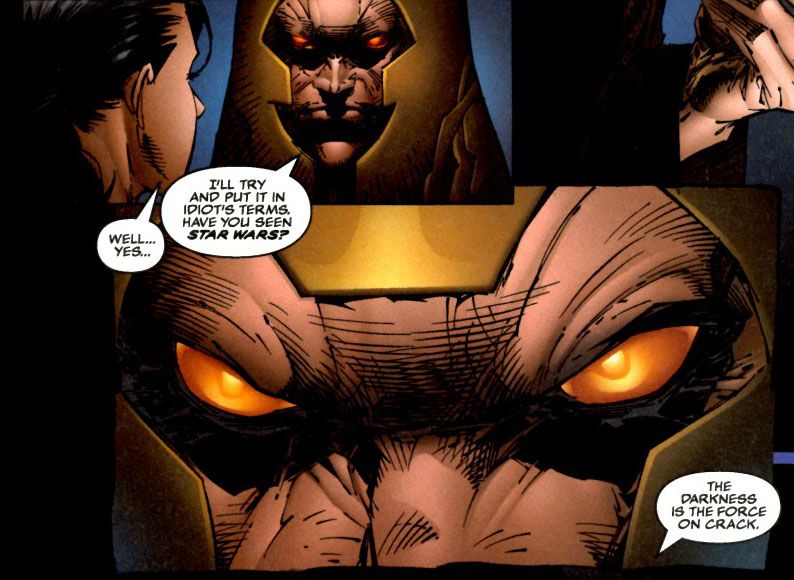 If you managed to sit through all of Jackie’s brooding monologues without stifling a laugh, then you’re ready for The Darkness: Accursed (seven volumes), by Phil Hester. It starts with Jackie as the head of a small nation in Central America (think Far Cry 4, but told from the point of view of the evil dictator), and only goes downhill from there. It that taste of black coffee, soured with tears.

If you liked the more esoteric aspects of the game and want some Lovecraftian horror, read The Darkness: Rebirth (three volumes) by David Hine. A big caveat, though: the run never got a proper conclusion. In it, Jackie gets rid of the Darkness to start a new life with his family -- but the Darkness clings to his house like a parasite, twisting the minds of those who live inside it. Walls rot. Pets get infected. And reality starts trembling.

If you still terribly miss the nineties, I've got some fine trash for you. Did you know that the original Lara Croft got her own comic book series for a while? And that said series got some wild crossovers? Enter The Darkness/Tomb Raider, a short comic about Lara and Jackie teaming up to banter and kill. If you want more, also check Lara’s crossover with the Witchblade, another super-powered person who lives in the same universe as The Darkness. 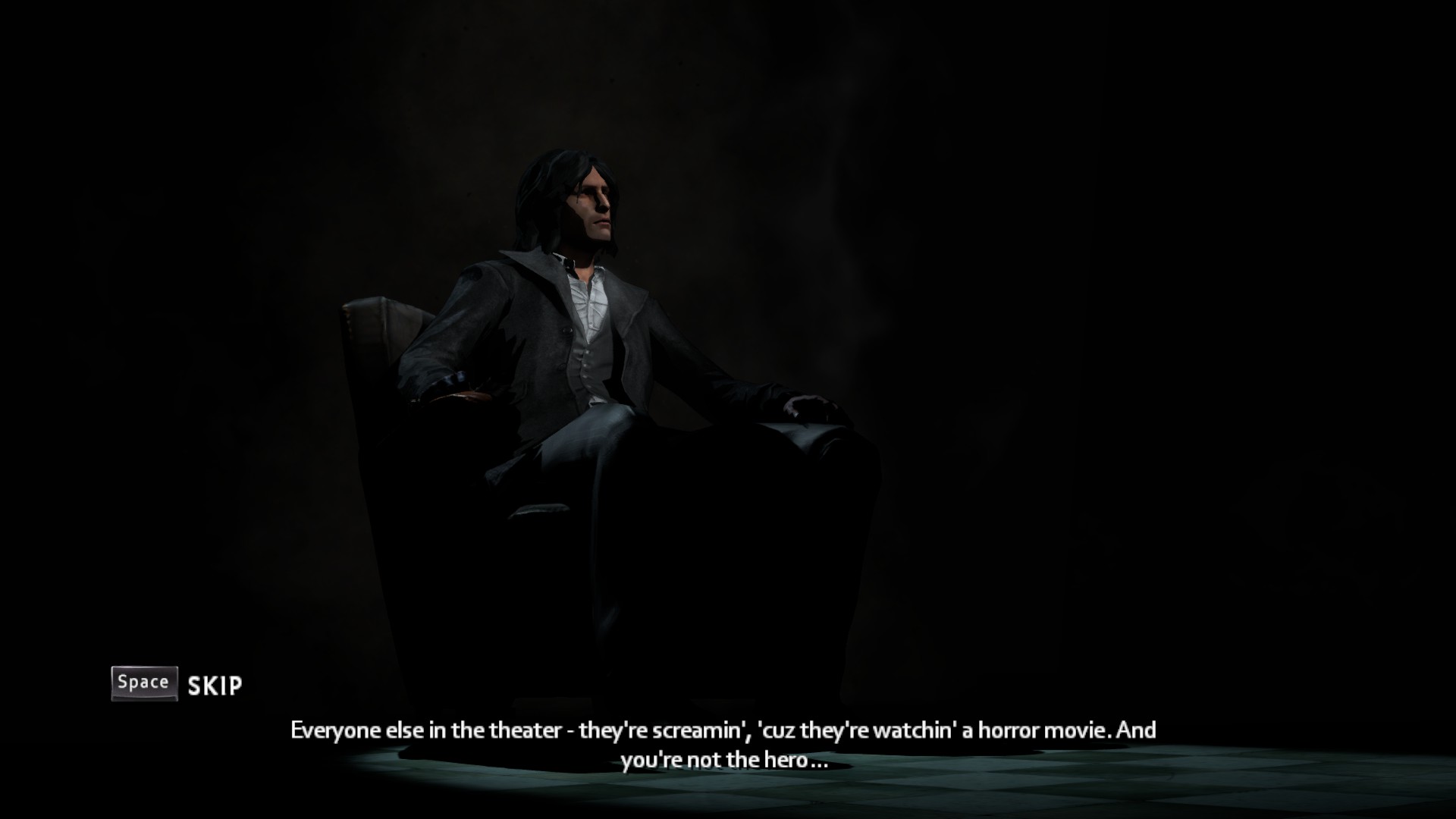 In the comics, Jackie shares his world with other supernatural entities who remind him the absurd is real. But in the game, he’s alone. And when his sanity starts slipping, we are as confused as Jackie, who wakes up between levels to find himself in a mental hospital. All the shooting and dismembering gets replaced by quietness. Nurses tell him the Darkness isn’t real, and it sounds plausible.

In Jackie’s hospital room, issues of The Darkness are scattered on the floor. Giving the comics a physical presence in the game is both a nod to the fans and a declaration of intent. It’s a way of saying “See? The comics you like are still here. We gave them a read, used them as an inspiration, but we aren’t trying to replace them.” 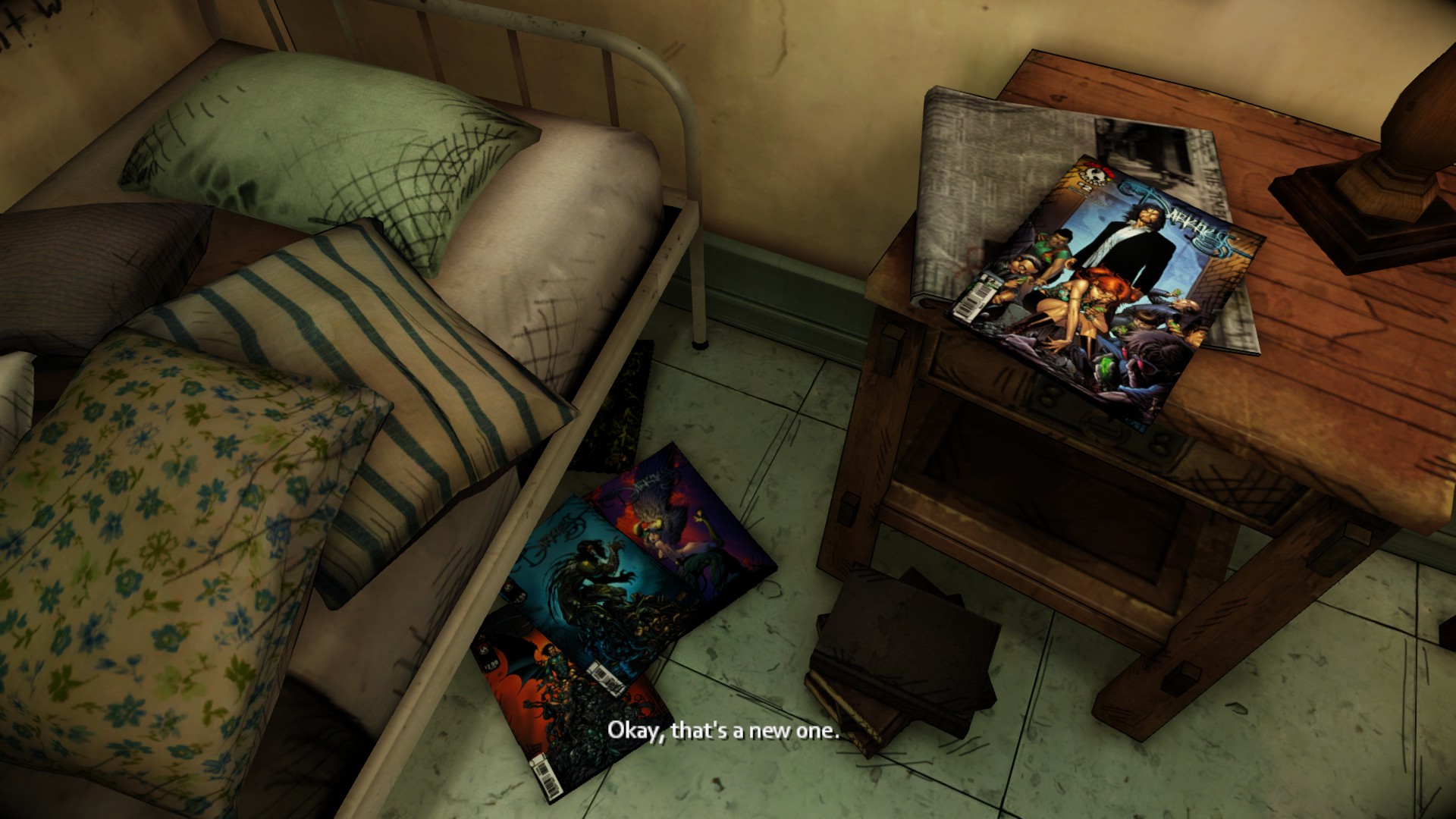 The comics are also the only instance where you can see the Darkness armour in all its tacky splendour. This fashion disaster is actually available as an upgrade in the game. The tendrils cover Jackie’s hands, but you’ll never see him wearing the suit: there are no mirrors in the game outside the HUB areas. It’s such a clever solution. The whole franchise has always been clever, I suspect, or at least better than the premise would suggest. Sometimes you have to peel away the armour, and a fair amount of skin, to reveal the beauty hidden beneath.