Look, I'm loathe to describe any game as 'broken', even if it's a convenient shorthand. Since there are no word limits on the internet, I'll say that the main thing preventing me from enjoying A Place For The Unwilling is that currently there are dozens of little things that don't work quite the way they're supposed to, and while they don't exactly stop you from playing the game, they're still bloody annoying.

I like the idea! And a bunch of the execution! It's an isometric sort of adventure and/or mystery game. You arrive in a weird city after your childhood friend Henry takes his own life, leaving you his entire fortune (much to the disgruntlement of his mother and wan indifference of his strange wife Juliet). Henry's not totally gone, though, as he appears to you in cryptic dreams, warning of terrible things yet to come. You have 21 in-game days, time ticking constantly away, before the city dies and, depending on what you do, you'll get one of a number of different endings. 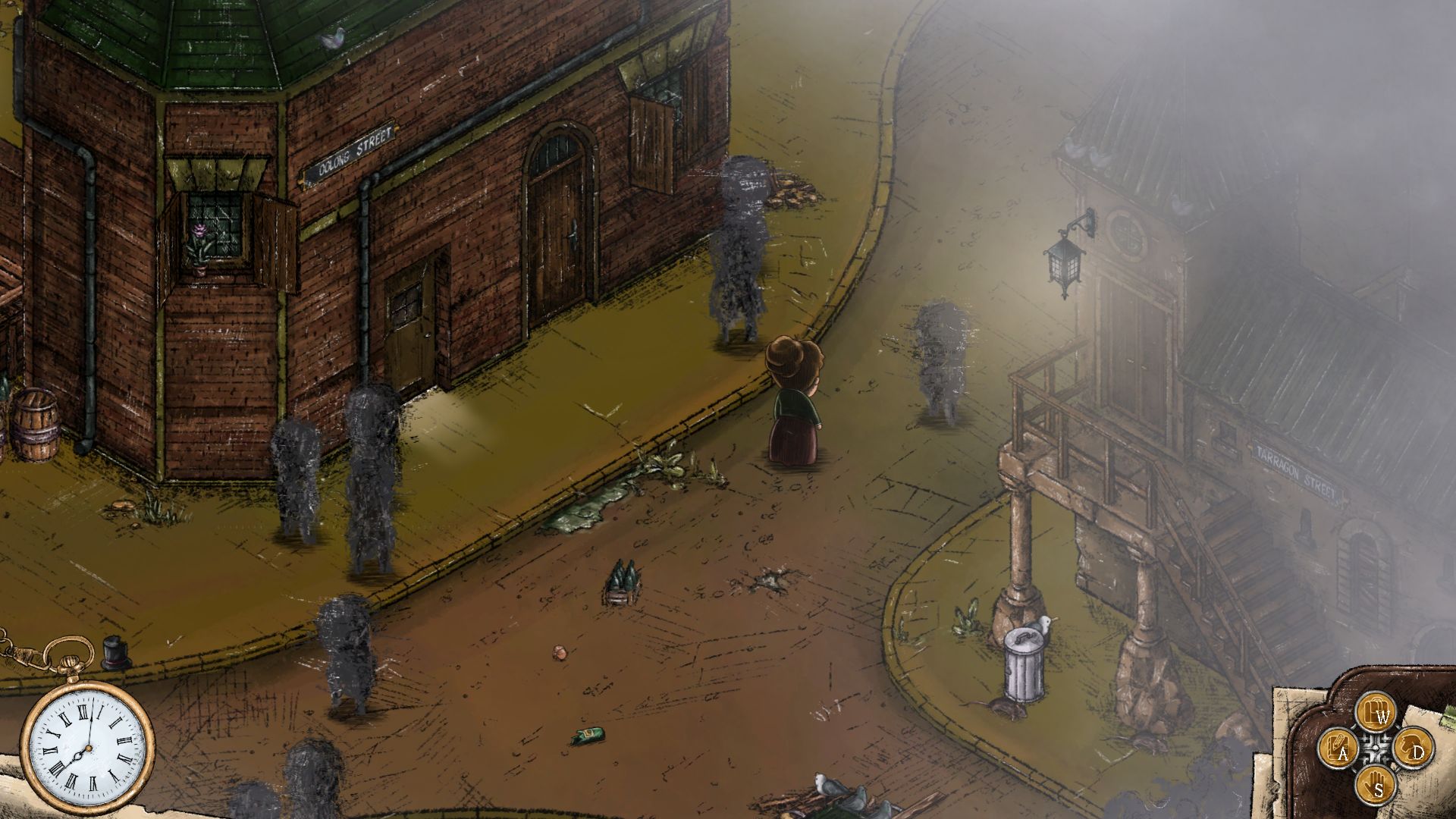 The city is a cool place to stomp around. It looks like a drawing in the sort of children's book where everyone has a root vegetable for a nose; think Professor Layton by way of a grim 90s RPG in terms of vibe. I dug that much. Because you don't get quest markers, only notes pointing you in vague directions, you have to learn your way around the city by sight, checking the map, or sometimes reading signposts. It's a very focused map, and in a way A Place For The Unwilling achieves what The Sinking City set out to.

The cast of characters is lovely too. I grew a special fondness for the sheltered upper-middle class shopkeeper Florence, who pretended to be French and for whom new curtains were a life or death decision. Or Myles, the gobby little urchin who sold the local unionist paper on street corners (the city has an extremely sharp socio-economic divide which accounts for much of the tension in it). With each new conversation you learn a little more about them.

The strangeness is amped up quite cleverly: your first week is a slow placed case of finding where everything is. By the middle of week two revolution is fomenting, a new ritualistic murder is discovered every morning, and weird people in masks are wandering around. Each day ticks away quickly and you can only visit so many people, unravel so many different threads, complete so many tasks, so you end up having to choose what you do quite carefully. At least, that is the theory.

In practise it doesn't run as smoothly. In later days you might get a hint leading you to a location that you haven't found yet, but the game just assumes you have, which is a bit annoying. Sometimes things don't trigger correctly. On at least three occasions I went to find someone and they weren't where they were supposed to be. Like, mate, don't send me a note summoning me to your book shop if you're not even there. I tried to go to a Union rally and nothing happened. My character kept saying that it hadn't started yet, and I should come back later. I did. I kept trying until gone midnight. They never rallied. 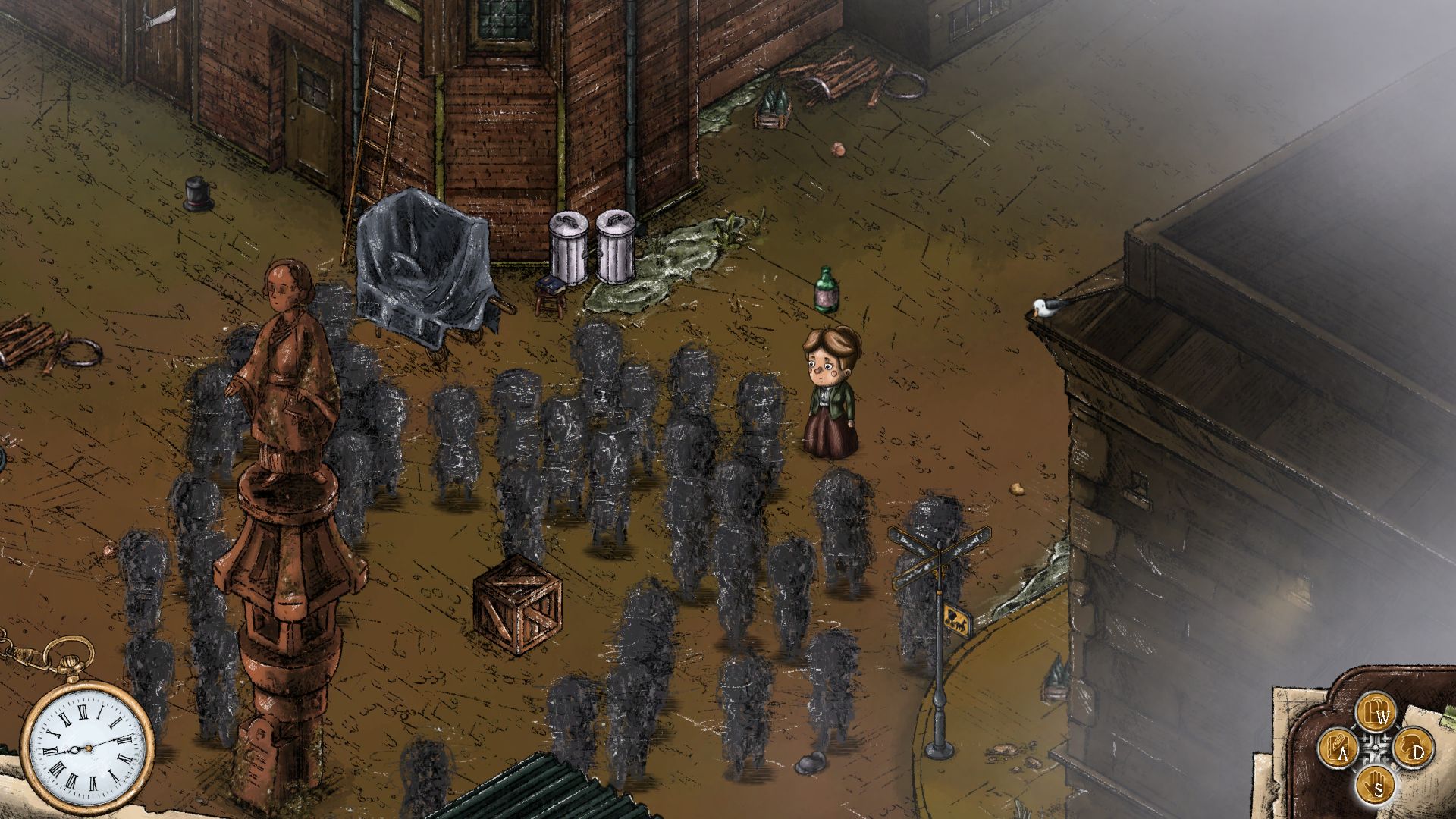 On the other inconvenient hand, you might run into the middle of a bit of plot that you didn't trigger the start of. I got told I had a migraine and needed to get 'more' of the cure from Henry's mother, even though I had specifically refused any the first time because she was clearly shady as fuck. I walked down a street and remarked that the lighthouse keeper was up to his old tricks again, when I hadn't encountered said tricks a first time, and also he demonstrably was not up to them, because the streets were very empty.

The controls are clearly optimised for console, or at least a controller. On keyboard, I kept accidentally taking cabs places, because you move with the arrow keys and select options with WASD. Also, even though I selected my pronouns as she/her when I started, the game seemed to throw up whichever ones it was in the mood for, which sort of defeats the purpose of choosing them. This is a comparatively small problem, but like… come on, mate. 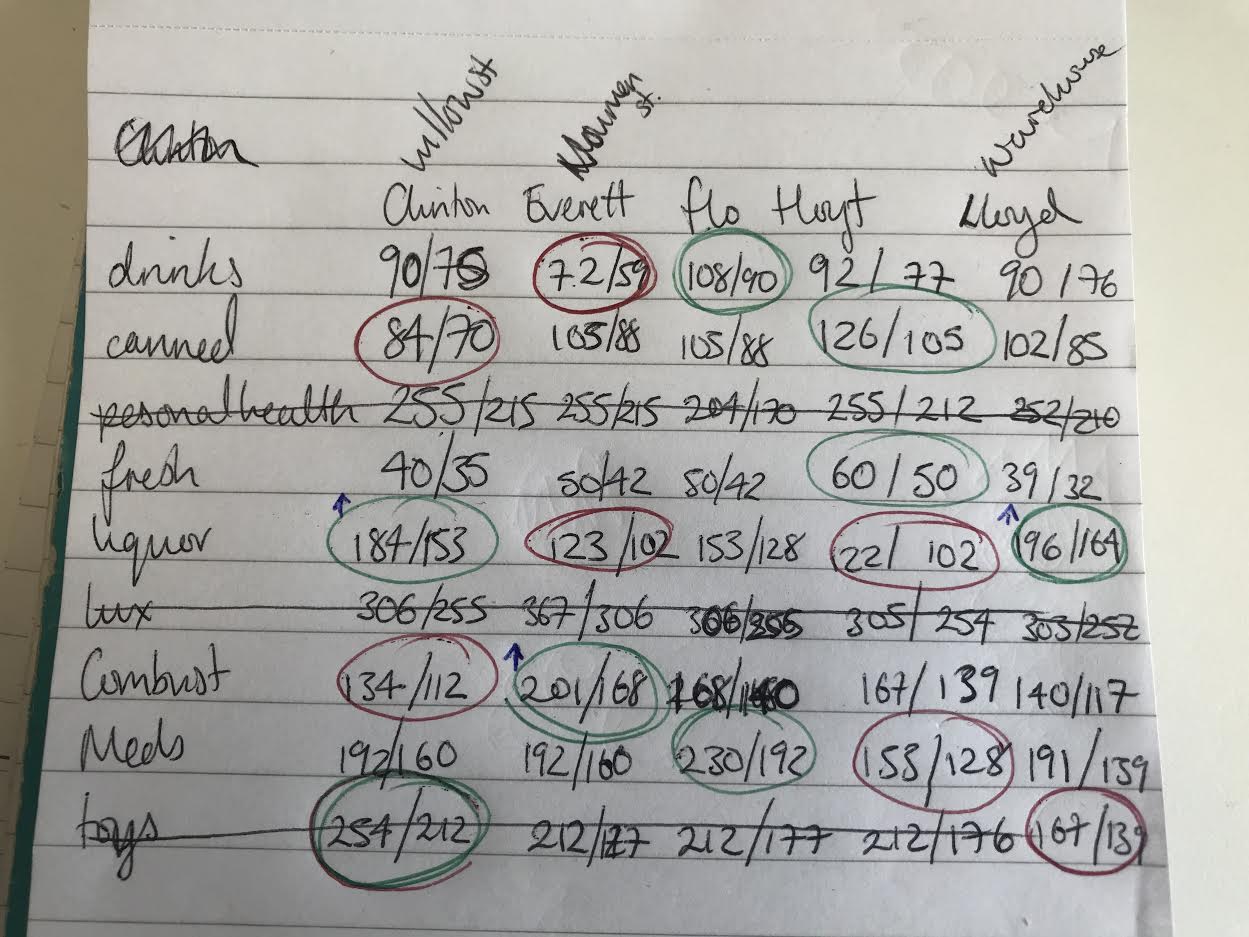 The thing that I got most into was the trading, in a way I don't think you're even supposed to. The way you make money (which you can spend on cabs to save time, or city improvements in either the posh or poor end of town) is by trading goods between the different shops in the city. I meticulously noted down all the prices and where was best to buy and sell different things for the best profit, as evidenced in the picture of my notebook above. I min-maxed that shit.

Getting a tidy markup on liquor and toys is not enough to entice me back, though. Not even to get another of the ten different endings. I'd happily give it another shot if it gets all its if-this-then-thats working, because it seems like it could be very good and fun and interesting, but right now I'm quite unwilling indeed.