Three years ago, I was consumed by - I don't say this lightly - an addiction to AdVenture Capitalist, one of those clicker aka idle games that briefly ate all our minds. After a few months watching static backdrops generate pretend money when I should have been earning real money, I caught a glimpse of myself in the mirror and ejected in self-disgust.

I figured the same, eventually, would have been true of anyone who let this outwardly jaunty poison into their veins, and that AdVenture Capitalist's 2015 boom would have long ago turned to bust. Friends, the virus still lives. Not only that, but I believe it thrives.

The AdVenture Capitalist of 2018 is a different beast to the Adventure Capitalist of 2015. For all the horror of how deeply it got its hooks into anyone unwise enough to sample its illusory accomplishments, AdCap was surprisingly restrained in terms of upselling shortcuts and speed-ups. There was always an option to buy profit multipliers, but it never had the same pull as waiting for a production upgrade button to illuminate once you had enough in-game spondoolies.

Now though, hoo boy. There's a whole raft of paid profit and speed multipliers to be had, plus a new-ish system whereby certain achievements earn in-game 'gold' that can be spent on said multipliers. Naturally, you never generate enough of this to buy anything useful, so the siren call of spending real monies becomes unignorable very quickly. There are event slot machines that dole you out apparently random rewards which are, quite by chance, always the smallest possible outcome.

Also new are outfits. Outfits for your completely static avatar who is almost exclusively seen as a tiny, frozen headshot at the top-left of the screen. But this is AdVenture Capitalist, so outfits are not adornments but rather number multipliers in their own right. Unlock new outfits! Monocles, jackets and trousers! Unlock different ones for the three different planets you run your spectral empire from! Never stop buying! OBEY.

What really caught my eye is that AdCap is still putting out regular updates and in-game events. A big patch with the outfits landed in May, and tomorrow the next limited-time event, with EXCLUSIVE upgrades and UNLOCKS and EPHEMERAL MEANINGLESS NUMBERS, kicks off. Which puts paid to the idea that this monstrous thing had quietly gone away. 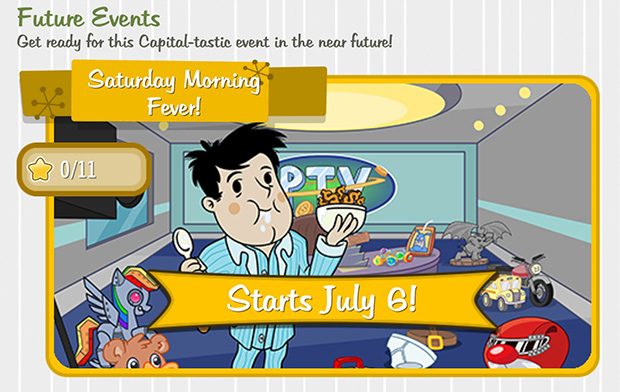 It also put paid to the idea that I am above such things now. Reader, I played it. I played it hard. Writing this piece is perdition for me, acknowledging my shame in order that I can move past it. I thiiink it's working?

Not everyone has that luxury. According to Steam Charts - which uses Steam's own stats data to document how many people are playing a given game at a given time - AdCap's player base has remained remarkably steady over the past 18 months. It's declining, for sure, and its current peak concurrent players of between 2500-3000 are a long way off the 22,000 heyday of May 2015. But, give or take a few hundred concurrent players depending on the month, it's very much keeping on keeping on. 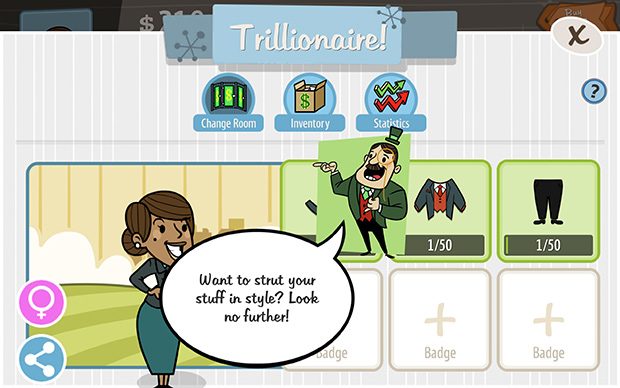 I'm worried that these are exactly the same people, still playing this manipulative thing three years on. And look at Steam Ladder, which chronicles who's played a given game for longest. Even if we take out what could well be either bots or people who forgot to turn their PCs off for six months, there's a sizeable number of people who've clocked up the best part of 10,000 hours on this thing. How has the AdVenture Capitalist spell not broken for them?

My new goal in life is to speak to one of them. Watch this space.

And, for the love of God, don't take this a prompt to play AdVenture Capitalist.