Apex: Stories from the Outlands - “Voidwalker” is the second of, so far, two short cinematic vignettes, meant to provide some narrative to the otherwise plot-barren battle-royale frenzy of fluid movement and chaotic gun-slinging that is Apex Legends. Principally, it is a story of two women. And while it falls into a well known, often criticised trope, it also presents an infinity of choices that are, nevertheless, an absurd binary.

One of these women is a hardened warrior, proficient in the acrobatic, hand-to-hand combat that's common of female fighters in visual media. Her emotional register contains two options, those being brief flashes of rage or subdued compassion verging on disappointment. But whatever she feels, if it includes anything else, she hides behind a stoic face, and the reflective plate of her distinctive helmet. She is a killer among killers. Her life is kill or be killed. We know that from the opening scenes.

The other is a frail, afraid girl, victimised by some shadowy organisation for reasons that are not clear to her. She doesn’t know who she is, and suffers at the hands of others. Violence is and has been, as we can clearly see, often directed at her. She is abused, and dehumanised by her abusers, cowering in fear and panic. She isn’t a killer, but must become one. She must become who the first woman already is. Because they are the same person.

This character is the one Apex Legends players know as Wraith, known for attracting the kind of players who run off into the horizon hoping to become the next YouTube star, only to get blown to bits. Wraith's abilities allow her to place portals or enter a mysterious void outside of the game reality, and hear disembodied voices that warn of impending danger. But this is not about Wraith as she is in the game. I want to talk about choice.

Visually, the most distinctive element of the already slick animation of Voidwalker is its representation of possibility. As it happens, Killer Wraith, as I'll refer to her, and all the other Wraiths hinted at in the cinematic, can see and speak into the other countless timelines. When she steps into the cerulean void, she can actually see all the other hers perform all manner of martial feats, each making slightly different decisions. This, then, is how her powers are explained: a great sisterhood across time and space, where all the Wraiths warn and advise each other on how to best do violence and survive.

It is how she finds who we will call Victim Wraith, too -- noticing that in one of the timelines, she is not doing violence, but rather suffering it. When she shouts at her to kick and punch, the Victim Wraith only cowers more. This prompts an act of compassion: out of nowhere, Killer Wraith descends into the world of the Victim Wraith, chases off the scientist abusing her, and then admonishes: “What’s the matter with you? You didn’t even try.” 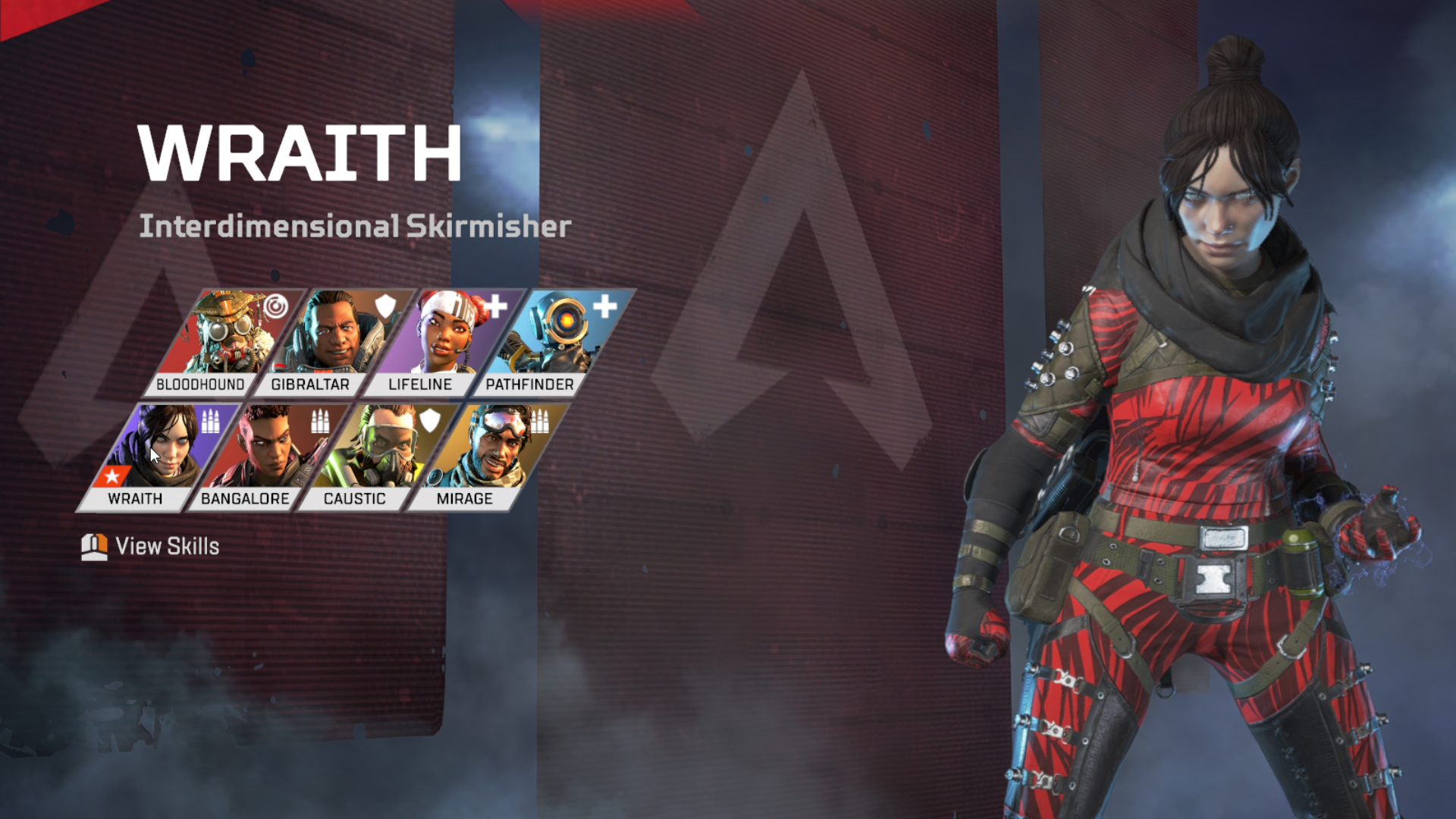 There is a well known and oft-criticised tendency for “strong female characters” to have their “strength” explained as a reaction to, or result of, abuse. Contrary to how strength, as it is variously understood, is often seen as intrinsic to men and masculinity (no one asks how Marcus Fenix, or many other Burly Bears With Guns, got so ripped and badass when they burst onto the scene with muscles the size of cantaloupes), “badass” women are often required to pay for their strength with pain and victimisation. Perhaps the most archetypical example of that are all the various rape-and-revenge plots, and Voidwalker serves us another one.

Wraiths in Voidwalker are not explicitly sexually abused, but they all suffer at the hands of men disregarding their dignity and humanity -- "Stop screaming," says one. "Ain't nobody around who gives a damn." They have their bodily autonomy violated by medical experimentation, and the ordeal leaves them emotionally scarred. And because of that they are also endowed with the coldness and determination to pursue revenge on those who have wronged them, not just to the end of the world, but to the end of all possible worlds.

However issue-laden such narratives are, they are doubtlessly satisfying on a basic, emotional level. Watching a victim turn the tables on the abusers is a vicarious pleasure, and can be empowering, too. In fact the problem is less with those stories themselves, but with else is there on offer. When it comes to women in media, there is a paucity of alternative “badass” origin stories. While it is changing, and we are seeing more and more female characters who do not have to pay for their power that way, this kind of origin story remains cloyingly over represented. 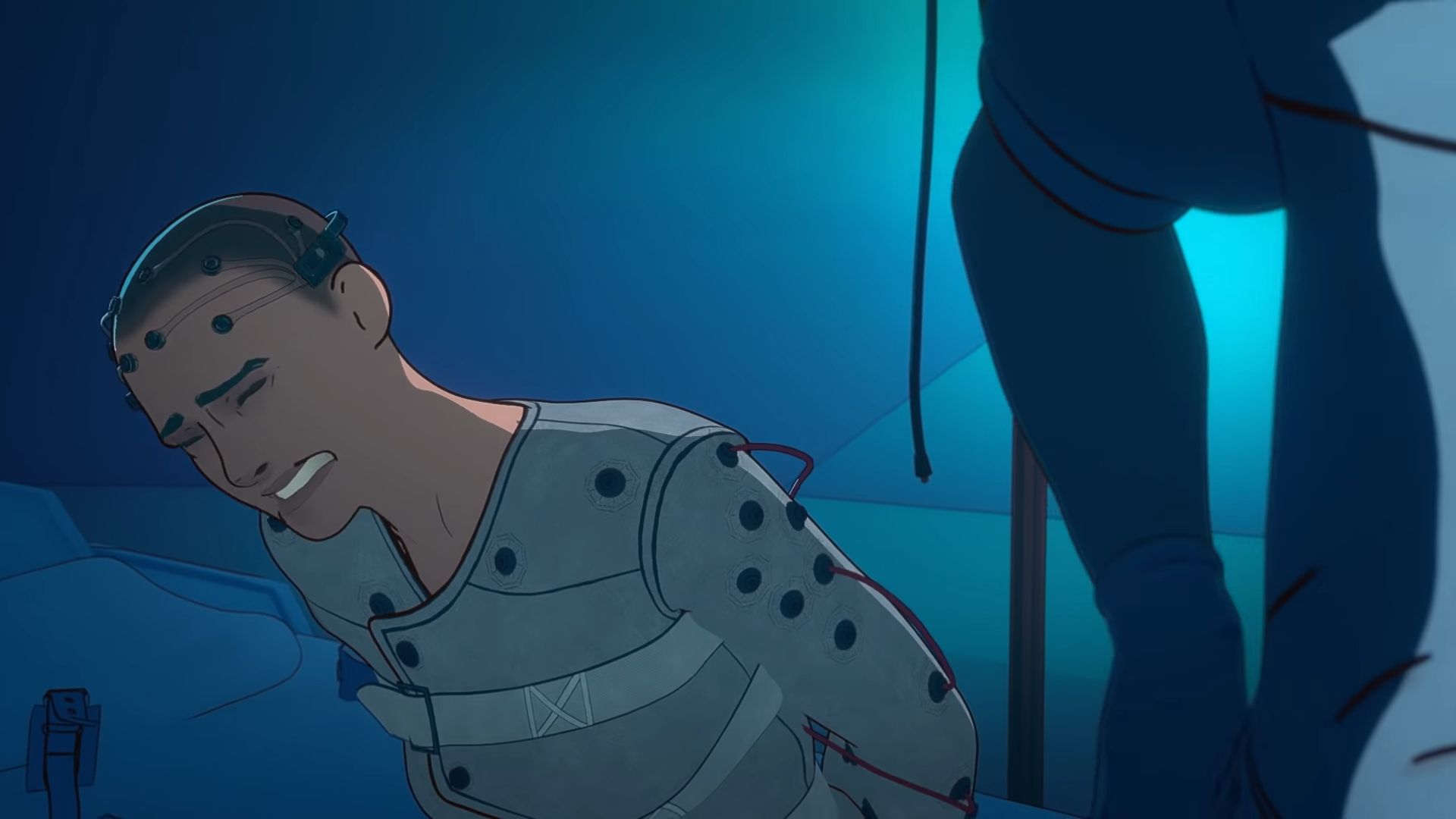 Lindsey Ellis (one of the most important cultural critics of our time), has recently noted something similar when analysing the fate of Sansa Stark in the disastrous Game of Thrones finale. As Ellis observes, Sansa’s eventual ascension to a position of authority and power is bought not just by having suffered all manner of abuse, but also by symbolic and practical shedding of traditional aspects of femininity in favour of the conventional, emotionally stunted and brutal attitude of a male-coded ruler.

About midway through Voidwalker, Killer Wraith, with Victim Wraith in tow, gets into a gunfight. As she dispatches faceless goons with effortless grace, Victim Wraith cowers and hides. When she is attacked by a scientist, one of the architects of her abuse, she retaliates, knocks him down and for a moment, thinks about stabbing him as he lies powerless on the floor. However, she proves too weak to kill, and ultimately “just” decks him with a desperate punch. Killer Wraith, crouched above like a high-tech gargoyle, sneers at that.

“That was your chance - and you’ve missed it,” she observes wryly.

“No, this isn’t me,” Victim Wraith protests, but that too gets dismissed.

“The sooner you accept who you are, the better.”

And who is she? Who is Wraith? Victim Wraith wants to know the answer, but we, the audience, know it already: she is a killer. Not long after this exchange, Victim Wraith does accept it. She shoots at goons, begins to shed the discomfort with violence that casts her as the victim rather than the killer. At the end of Voidwalker, she is separated from Killer Wraith, and emerges into what is to become King’s Canyon, the first arena of the bloodsport of Apex Legends. As she grips the knife she was moments ago too afraid to use, we know that although she left Killer Wraith behind, it doesn’t matter. She is the Killer Wraith now. 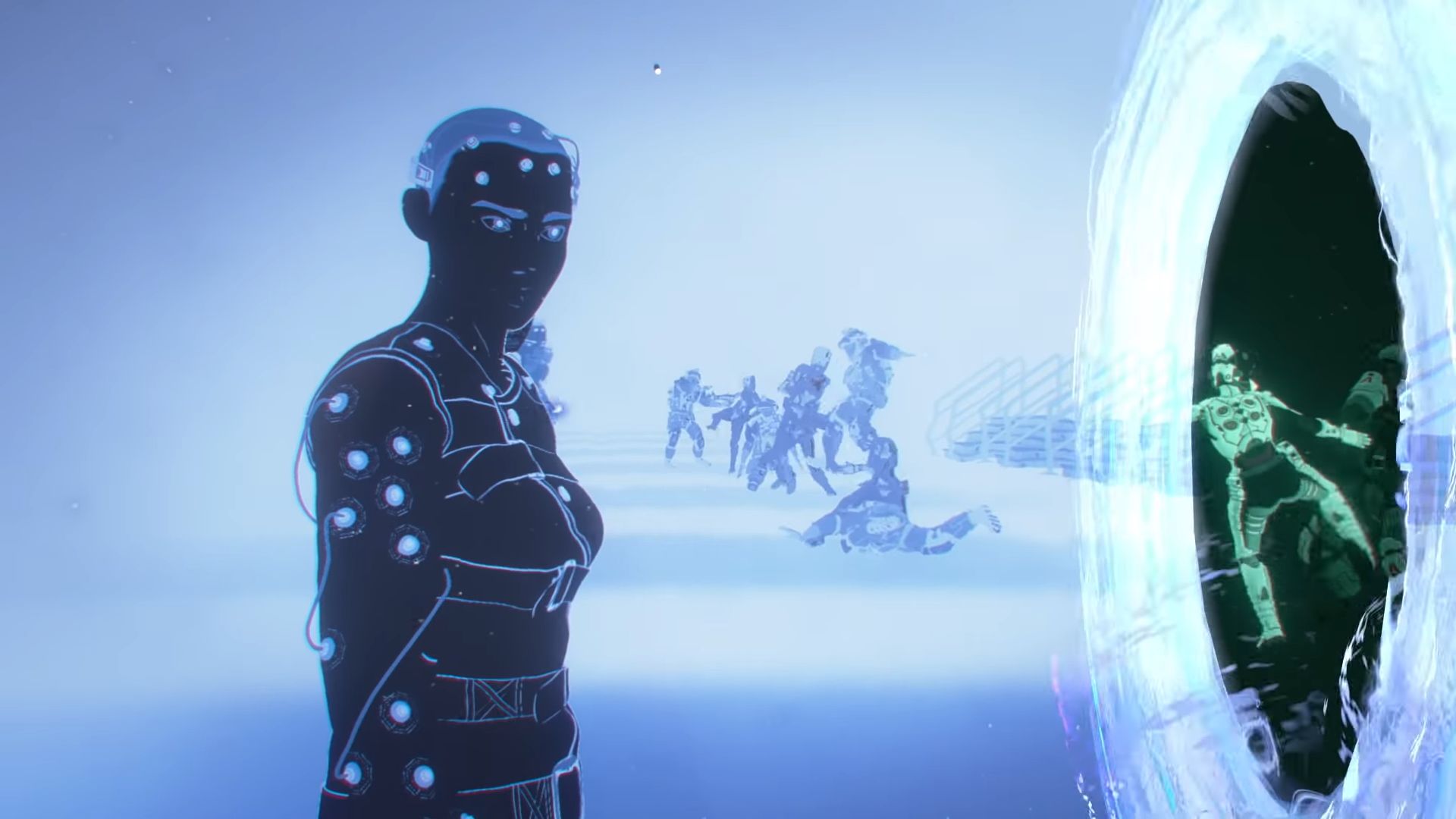 One could say -- and not be wrong -- that to criticise promotional material for a battle royale game for casting violence as an unavoidable necessity is to look for nuance in all the wrong places. After all, battle royales are games predicated on kill or be killed. There is literally no alternative but to shoot first. At the end of a match in Apex Legends you are either dead, or you've won. So in that sense, there is no disconnect between Voidwalker and the game it promotes.

One could also say that the Wraiths in Voidwalker had no choice. After all, they could either suffer abuse as Victim Wraith, passively and fearfully, or risk everything as Killer Wraith and lash out. Within the scope of the narrative, Killer Wraith is thus right in admonishing Victim Wraith. If she wants to stop hurting, she has to hurt others. Kill or be killed, once again.

Choice, however, is not just something we are presented in-game, or in-story. In a recent episode of Know Your Enemy, an excellent podcast on the ideologies of the US right wing, an expert on gun violence called Patrick Blanchfield describes his experience at a gun training camp in Nevada. At the end of the programme, the instructors had the participants shoot at a target meant to represent a hostage-taker. They were encouraged to imagine that the hostage-taker was holding a gun to the head of their loved ones (Blanchfield imagined his wife), and that unless they put a bullet in him first, the loved one would die. It’s obvious that in a situation like that, it is kill or be killed, isn't it? And this is when Blanchfield talks about absurdity. The absurdity of reducing the choices we can take to being victims, and being killers.

It would be a lie to say that I do not enjoy the stories of victims of abuse getting back at their tormentors. I also do not think that we should deny ourselves stories of wounds giving us strength. But that is not the issue here. It is about choice, or rather the lack of it. Voidwalker presents us a glimpse of infinite worlds, and infinite possibilities! And yet, as it turns out, all they amount to is kill or be killed. Either a victim, or a badass. A cowering girl, a cold woman. The stark binary suggests that there is no alternative.Where's the universe where Wraith's experience of extreme medical malpractice leads her to become a healer, eh?

To present no alternative is often tacitly branding all the alternatives that do in fact exist as impossible, absurd, forbidden. But when you think about it, it's much more absurd that in all the potential worlds and timelines, there is only the same binary. And in the end, we are responsible not just for the choices we make, but also for the choices we think are possible in the first place.

Video games all too often promise, and then fail to deliver, meaningful choice, and it's an issue that tems as much from lack of imagination as it does technical limitations. In a way, Voidwalker is an allegory of that; of the artificial architecture of choice presented as an essential binary. Made choices already made for us.