It’s a little-known fact that the “ARK” in “ARK: Survival Evolved” is in fact short for “arsebark”. And that’s fitting, because that’s exactly what its latest DLC, Genesis, is like: a fart. And what a fart. Not an abrupt, spluttering guff, nor an undulating trouser howl that reduces its culprit to ever more contorted grimaces of shame as it continues. No, ARK: Genesis is a proper, merciless, nine-tins-of-beans ripper, unleashed in a crowded lift on a wet Monday morning.

I wouldn’t be half so childish if the developers hadn't already made a fortune from pre-orders, or if Genesis wasn't so bloatedly overpriced. I'd be reasonable, even, if it seemed they had attempted something beautiful and ambitious here and fallen short. But they haven’t. After hyping Genesis to high heaven, they’ve released an expansion that manages to negate everything that conceivably made it possible to call ARK a flawed masterpiece, while retaining every iota of the game-busting jank that made it feel like a shoddy, never-ending beta test.

I liked ARK. Quite a lot, actually. I played it regularly for a couple of months with a friend, and while we were never much good at it - we barely managed to tame anything, and our base-building efforts amounted to a sort of pathetic shed that something ate me through the ceiling of - we found it genuinely enchanting. It really was a Survival game with a capital S, where the most basic existence was a struggle, and the greatest joy was in attempting treks through a vast and constantly surprising landscape, wondering how far you’d get before something pants-shittingly big burst roaring from a nearby treeline and guzzled you like a tin of meat-flavoured lager.

It was, in a way, the quintessential exploration game, with a side order of monsters - it was going on walks with dad when I was 5, and cajoling him into running away from imaginary dinosaurs with me. Only now, the dinosaurs were in a computer, and both me and my dad were now anvil-chinned, hump-backed nightmare men, scurrying aimlessly around on hideous popeye legs and grunting. Because goodness me, ARK’s character creation settings are awful. You can’t make anything that doesn’t look like you’ve made it as grotesque as possible for a laugh, and no matter what body parts you distort, every single creation ends up with the lumpen, self-hating energy of a living fist.

And that’s just one of the many awful things about ARK - the fiddly crafting system, the incredibly repetitive resource collection, the unintuitive UI, the sheer grind involved in making any progress - that are deliberate features. Add in the performance issues, pop-ins, framerate that fluctuates like the pulse rate of a critically ill loved one, and you’re building quite the stack.

Then there’s the strangely ad hoc feeling of it all: the cack-handed might-be-a-story that feels like it’s been slid in backwards. The stony-faced refusal of the game to ever explain itself to you. And of course, the weird tonal shift between the super-basic “flintstones in purgatory” atmosphere that works surprisingly well, and the arbitrary, scattergun “let’s chuck in T-rexes with laser guns and massive fantasy werewolves” approach that began to creep in as ARK continued through development.

And remember, I say all that as someone with a real soft spot for ARK. Genesis, however - even though it’s really just a new map type you can choose to play ARK on, and is extremely easy to ignore - I found so flagrantly unplayable that it retrospectively made me loathe the base game.

Because it really could have been special. There’s no doubt that some very good creature artists have worked on this game over the years - and some people with a real talent for landscape and sound design to boot. Despite being shockingly ugly a lot of the time, the game’s world can have moments of thundering beauty, and to a lifelong paleoart fan, some of the beasts are a joy to encounter in the wild, even when they’re embellished with extra horns or neon lights or whatever.

But Genesis strolled down the street of things that made ARK magic despite its faults, and smugly posted a cat turd through every letterbox. In contrast to its gigantic original map, for example, the new Genesis map contains five biomes, totally inaccessible from each other - and while they each have moments of proper atmospheric wonder, they're all about as big as london rental flats. And because of the new, sort-of-Destiny-2-ish mission system, which nobody seemed to ask for (it's mostly bland, "kill eight dingbats" sort of stuff), most of the space in each biome is taken up with mission areas - meaning all player constructions are forced, like shanty towns, into the strips of land between them.

It genuinely is a shame, as that vestigial excellence is still there in ARK's visual design. When I first loaded in, I was really enjoying the wild, muck-sodden ambience of the 'bog' biome, with its gloomy sky, near constant rain and marshes choked with duckweed. But it really killed the mood fast when I couldn't seem to look in any direction, at any point, without staring straight at some huge blocky barn made by some PVP tryhard, for storing their stable of nine mega-super-hyper-rexes, each kitted up with glowing sci fi lights, endgame mega guns and so on and so forth. There's no sense of striking out into a brutal wilderness with nothing: you're just desperately searching for a place to built your hovel, in between the eyesore encampments of the gods. It feels like being Ray Mears at Coachella.

The overcrowding also doesn't help with the difficulty curve either, because in order to fit the game's (commendably large!) bestiary into the space available, every square inch of land is packed with apoplectic brutes, desperate for a chance to punt you down their gullets. It manages to kill any sense of immersion or wildness that's left. In regular ARK, things could get quiet for a while, making it exciting and tense when you spotted something big and scary sniffing the air on a ridge ahead. Here you're just desperate to get a glimpse of the sky in between the Von Neumann swarm of crocodiles trying to annihilate you at all times.

As a new player at least, even one familiar with the game, Genesis immediately ascends above the territory of being annoyingly hard, smashes straight through the infuriation ceiling, and soars, glittering with its own dinosaur-ejected viscera, into the celestial vault of comic perfection. When I started, more often than not - genuinely - I would die within thirty seconds of each spawn. My very first death was fifteen seconds into the game, as I flailed helplessly with my pork-knuckle fists at a level 145 insect swarm. It almost demands the Curb Your Enthusiasm theme on loop at all times.

The difficulty also lends a particularly bizarre air to one of Genesis' much-trumpeted new features: your classic, floaty glowing AI helper with an alphanumeric designation for a name and a quirky, chipper voice. This one sounded like Tracer from Overwatch, but after suffering a massive head injury, and I couldn't bear it. All it seemed to do was trail around after me like a sick monkey, blurting placeholder witticisms every time I was torn to shreds by lizards or gnats. I genuinely couldn't fathom what it was meant to be for, beyond that, other than teleporting you to other biomes (a one-button job that could have happened on a map screen anyway), or allowing you to spend "hexagons", an in-game currency that was such a shit idea I can't even rouse myself to discuss it, in a shop.

OK, briefly, then. Ark's crafting may never have been much fun, but it had its moments. If you wanted to, say, explore the cold mountains, you'd need to hunt something furry and make a jacket - that sort of thing. You'd make your own objectives - eg "I want to fuck up a mammoth" - and then the crafting system would necessitate prerequisite objectives - "alright then mate but you'll have to fuck up a few chimps or summat first for their bum hair, or you'll freeze". Hexagons bust all that. Now, you just plough through MMO fetch quests, in order to get fake money to spend on whatever you want in a shop. All the grind, with none of the sense of achievement.

Oh dear, I don't know. Maybe this is all meant to appeal to new players more familiar with other MMOs? Fine if so, but then why the comedy difficulty level? And might it not have been easier just to make the base game "fun" rather than "fun, somehow, despite"? Genesis certainly doesn't appeal to veteran players. I haven't the spiritual strength to sum up why, but from the research I've done, it seems to be one of those situations where a fanatical base of players gets increasingly furious, because a developer won't make the changes they want, but then does make tiny changes that break the integrity of set-ups they've spent hundreds of hours in-game building up.

And there we have it. Arsebark: Genesis. A bottom-burp of a DLC so pungent that, for me at least, its base game will never smell the same again. Oh and yeah, there's a giant turtle. But apparently it's broken at the moment. 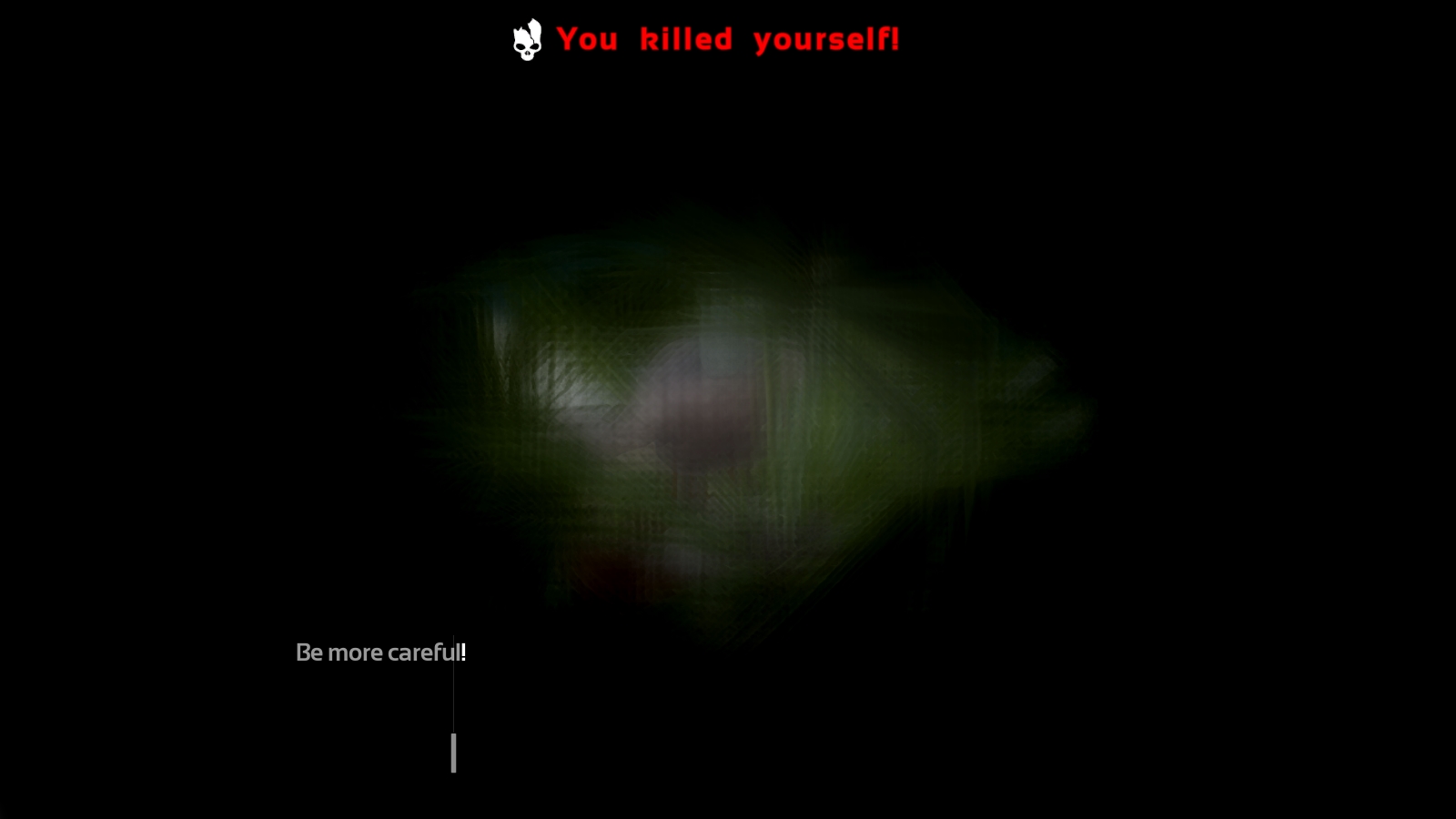