If you click on a link and make a purchase we may receive a small commission. Read our editorial policy.
Premature Evaluation is the weekly column in which Steve Hogarty explores the wilds of early access. This week it's extremely not buggy pirate 'em up Atlas

Last week brought news that beleaguered swashbuckling MMO Atlas had been hacked by a bunch of salty ne'er do wells. The keys to an admin account were stolen, allowing hackers to go on what amounted to a trans-dimensional naval joyride. Invincible armadas armed with inexhaustible supplies of cannonballs briefly ruled the waves, which was to be expected. But then planes fell from the sky. The oceans boiled with giant whales. I think there was a World War Two tank at one stage, scooting across the sea like an angry speedboat.

The developers, Grapeshot, pulled everything offline, hosed all the weirdness off their servers and pressed the big reset button they keep hidden in the basement. Now everything is back to normal again. Except, get this, Atlas was far from normal to begin with.

Atlas is a bloody strange MMO full of grand ambition and some frankly stupid ideas. It’s a game in which you create your own pirate, whose skin colour can be anything from “liver transplant waiting list” yellow to “Area 51 operating table” grey. After that, you can construct a ship, start a company, explore a shipwreck, run a trade network, build a house, captain a crew, sing a shanty, grow old, find a fountain of youth, become young, and stab a kraken. 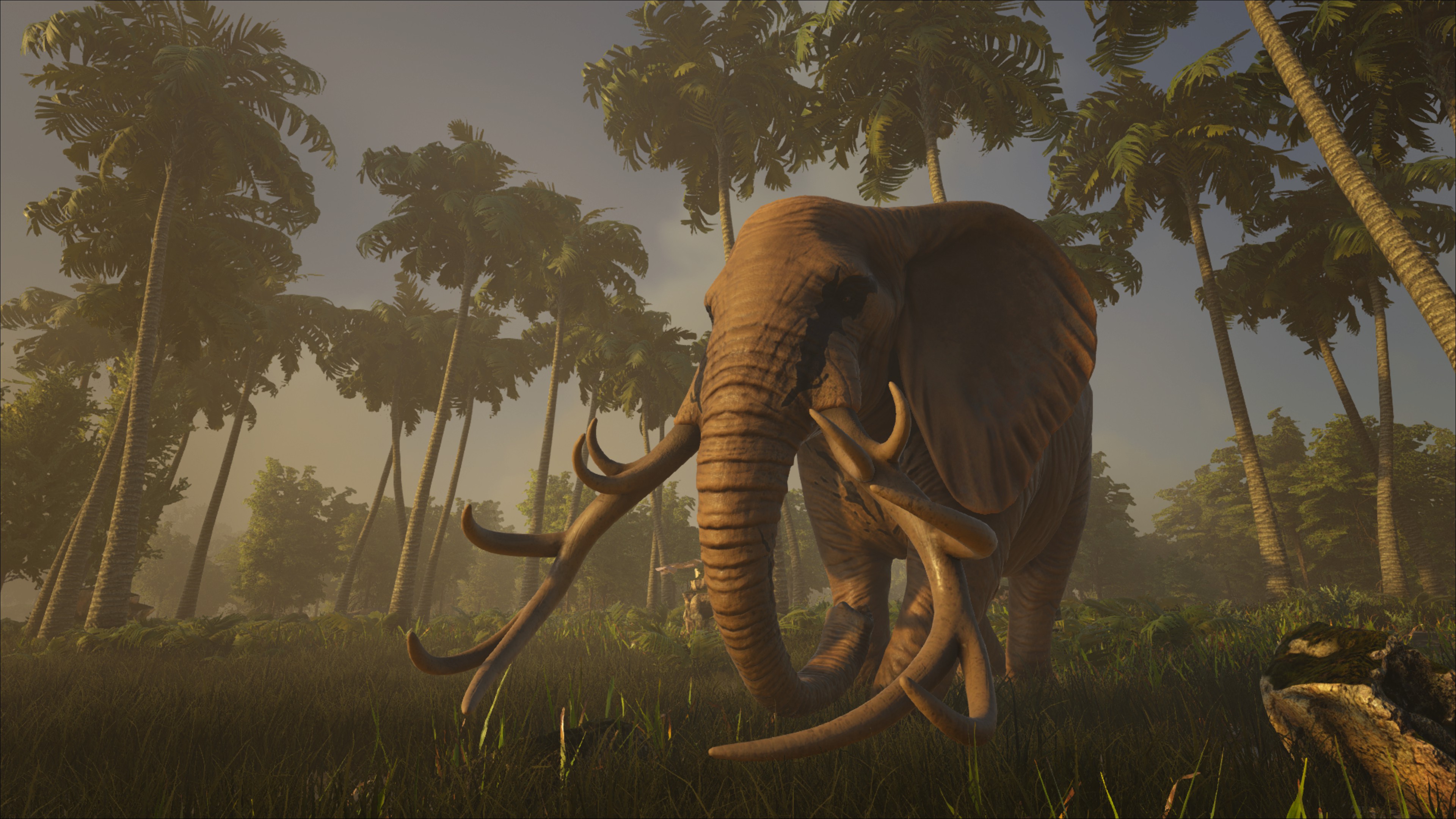 But it’s also a game in which, in pursuit of a misguided sense of realism, you must eat a varied and balanced diet in order to avoid things like scurvy. You have four different vitamin levels to manage, corresponding to meat, veg, fruit and fish. Eat too much of one type of food and your guts will be thrown out of whack, earning you a debuff for your troubles (usually a fuzzy screen and slowly depleting health bar). I chugged fifty chickpeas in a row and overdosed on vitamin A, for example, all before I’d even figured out how to craft my first pair of trousers. It’s hard enough remembering to occasionally eat something other than chips in real life, without also having to micromanage the nutrition of a little pirate who lives in my computer.

Vitamin D, the fish vitamin, is the hardest to come across. To fish, you must have played long enough to reach the third tier of toolmaking in your survivalism skill tree, then punch enough trees until you’ve the resources to make a fishing rod, then place bait on it, and wait until something bites. This part of the game wasn’t quite working last week however, so instead players were hurling themselves overboard armed with basic spears, and dragging dead manta rays back to shore to suck the sweet vitamins from their bones. At one point, as I was approaching starvation, I ate a hot elephant turd and immediately died.

Before you buckle a single swash, the biggest challenge in Atlas is staying alive long enough to make any progress in a world that is actively trying to murder you, even when you’re standing perfectly still trying to mind your own business. Atlas is more Lord of the Flies than Pirates of the Caribbean. I once left the room to make a sandwich and came back to discover my pirate had died of neglect. 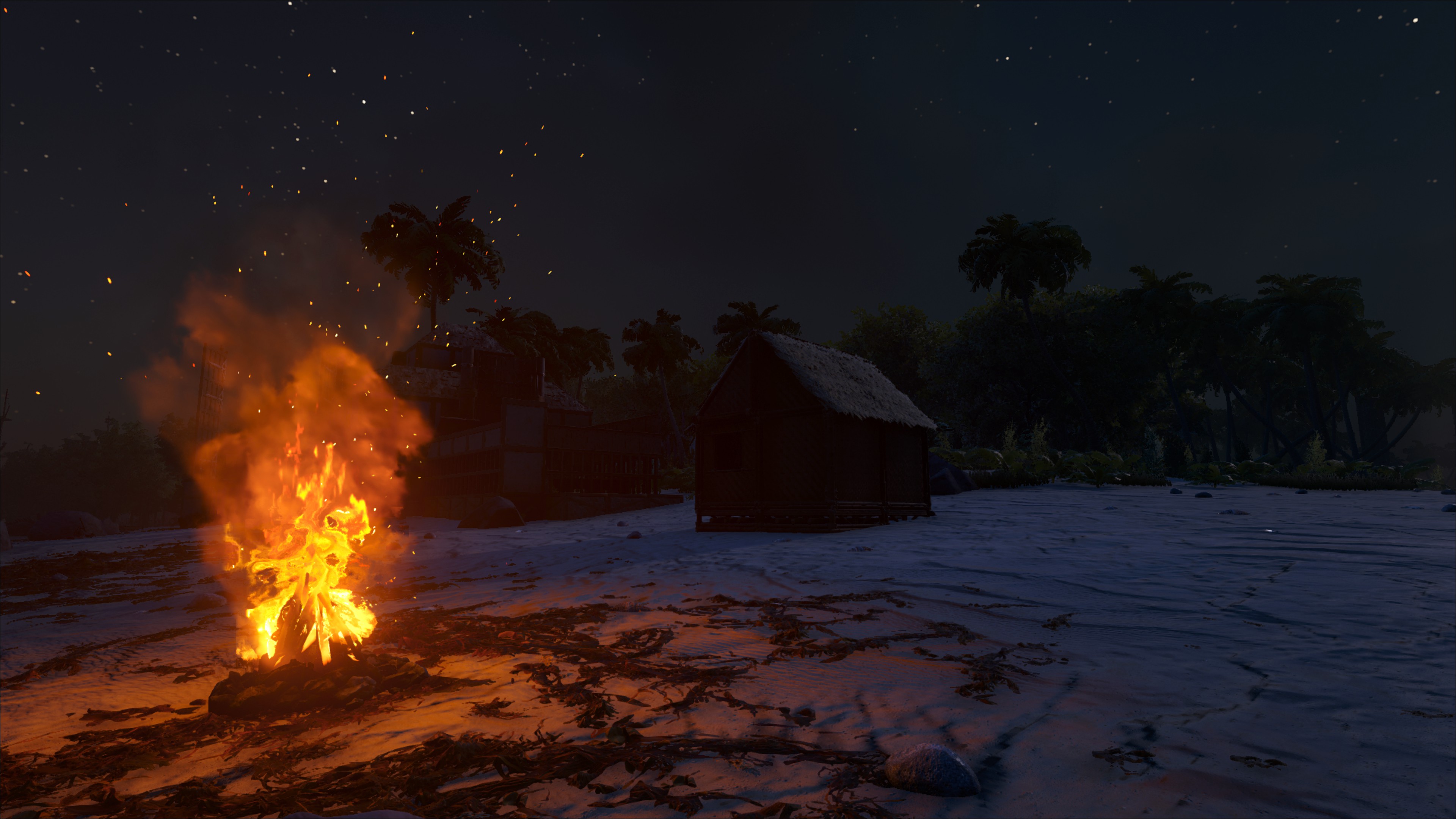 Such unwavering dedication to piratical authenticity and the inner workings of the intestines takes a firm backseat as soon as Atlas wants to be a more straightforward MMO. My opening hours involved punching seagulls out of the sky for XP, and then pounding on their bloodied corpses until my pockets were full of raw bird meat, which magically granted me the insight required to learn how to construct a campfire. Building anything is a matter of smashing rocks and trees with your fists -- which depletes your HP, of course, because everything in this game is so inexplicably hardcore -- until you’ve enough wood, stone and fibre to make hatchets and picks.

Gather enough resources and you’ll finally be able to build a schooner and leave the starting island for pastures new, headed for distant lands that require you stock up on water and food before embarking on the lengthy voyage. It can take about ten minutes of real-time sailing to get somewhere new, and it’s here that Atlas starts to scratch some exploration itches. It’s a beautiful game, no more so than when you’re out on your own in the surging green seas, with the wind in your sails and nothing but your compass to guide you. Employing crew to man the sails lets you control the ship’s speed from the wheel, but without company you must physically run around your little boat, adjusting each mast to account for the changing wind direction. It’s painstaking plate-spinning, but unlike maintaining a balanced vitamin intake, it’s a strangely rewarding way to get around.

That reward is your safe landing on a new island, where you can start placing permanent structures to build a base that can then operate as your new spawn point. Once you’ve got a bed you can fast travel to it, and once you’ve got a cooking pot and a bit of land for farming you can start to worry less about your recommended daily allowance of chickpeas, and more about the game’s other pursuits. You can tame and ride animals, just like pirates probably did. You can follow the game’s only questline to retrieve some far-flung macguffins. Or you can join EVE Online style companies of fellow players, and take part in ship battles. 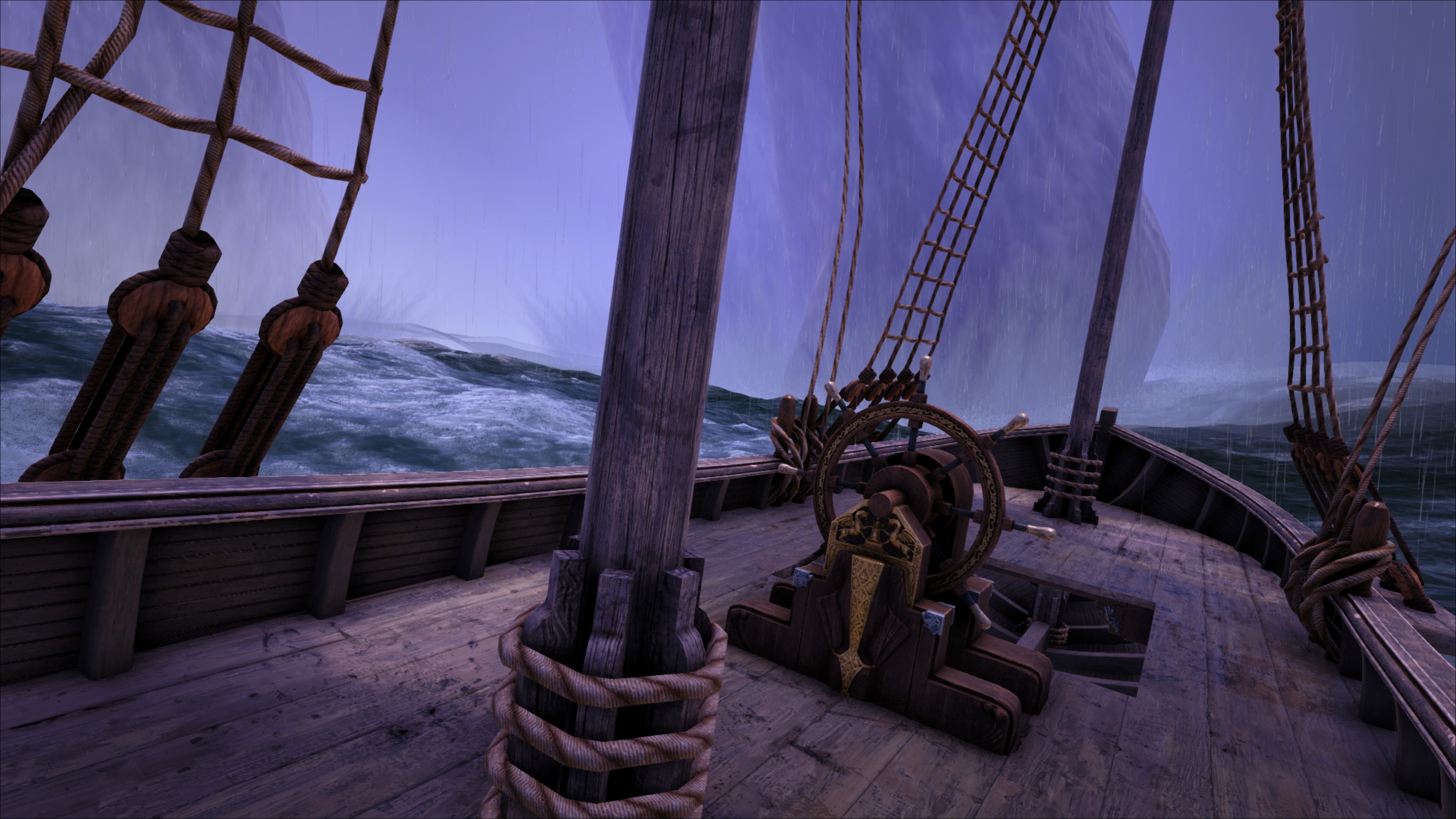 Or, as is far more likely to happen, you’ll run aground on one of the game’s many fascinating bugs. Atlas is beautiful, but also shambolic, like Timothee Chalamet falling down the stairs. I’d sometimes fall through a hole and get stuck inside the hull of my boat. Or I would get stuck on other players’ boats, locked in a swimming animation and gliding around the deck like a vengeful Torvill and/or Dean. Parrots scurry along the ground like feathery snakes. Snakes fly through the air like scaly parrots. One especially biblical glitch teleported me hundreds of miles into the sky after death. The user interface is nauseating.

Like spotting a loose bolt rattling around your feet on an Alton Towers ride, the game’s general lack of stability quietly undermines your enjoyment of being a pirate at every turn. It certainly would have undermined the enjoyment of the thousands of players who’d had hours of progress reset after malicious hackers made whales rain from the sky. Atlas is a bulging sack of big ideas, haphazardly implemented with little consideration for how or if it might all hang together. There’s something magnificently brazen about the whole thing. And if this is only scratching the flaky surface of what this absurd MMO contains, then what lies beneath should be fascinating and horrific in equal measure.