In my BattleTech review yesterday, I focused on the ways in which Harebrained Schemes' long-awaited boardgame adaptation sadly wasn't the big 'bots at war experience I'd hoped for, but I want to go into more detail about why, as I put it, "I don’t think that redemption is impossible." The tactical core of BattleTech's fights is fascinating, compelling and uniquely mech-y, even if the glacial pacing and drab presentation drove me spare.

My experience of tabletop wargaming begins and ends with childhood Warhammer 40,000, so I didn't come to BattleTech with either expectations or forgiveness about the slow speed of its battles or the lifelessness of its worlds. I wanted a game in which I made thoughtful decisions about how to take down big enemy robotanks with brutal efficiency, and ideally a bit of good old-fashioned limb-ripping into the bargain.

That game does exist in BattleTech, but for me the enjoyment thereof was massively compromised by having to dive through several cubic metres of treacle in order to get to it. Life's too short for that much watching and waiting and weirdly intangible strikes, and the dour environments and visually too-similar mechs mean the passive time isn't justified by sensory thrills. I'll be back in a heartbeat if an update adds a "make everything happen instantly" checkbox (the existing battle animation toggles sadly fail to make BT anything like as zippy as I need it to be). 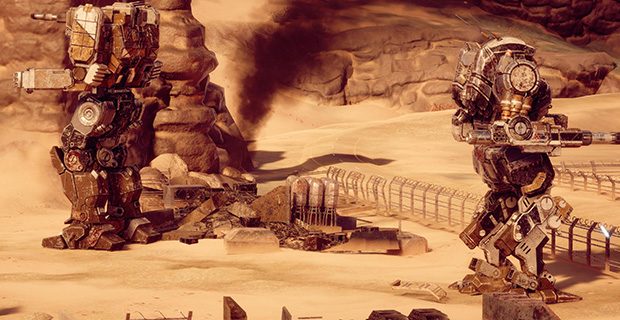 The reason for that is that BT does not take the XCOM tried-and-tested cover/hit chance/overwatch approach, but instead expands it out into something far more appropriate to titanic walking machines that each carry more armour than the entirety of a Game of Thrones cosplay convention, and which are not greatly bothered if huge chunks of themselves are blown away. It's a world of nuance away from the not-dead/dead relative simplicity of many of its genre-mates.

A Mech might not bleed out, but it does have to worry about overheating, stability and the essential fact of being a target the size of small local supermarket. Juggling these factors is, I think, the singular appeal of BattleTech.

Take too many hits from certain weapons and/or in certain places, and your mech will topple to the ground, at which point the enemy is free to take shots at whichever part of it they so please - often a death sentence. Make a larger mech run, jump or shoot too often without pause, and it'll overheat - causing damage at best, locking it up for a turn at worst. (I do love that the most immediate solution for overheating is to run your enormous robo-suit into the nearest river.) Making tough decisions about what you're going to risk and when, and what your backup plan is should it not work out, is when a game of this type sings. 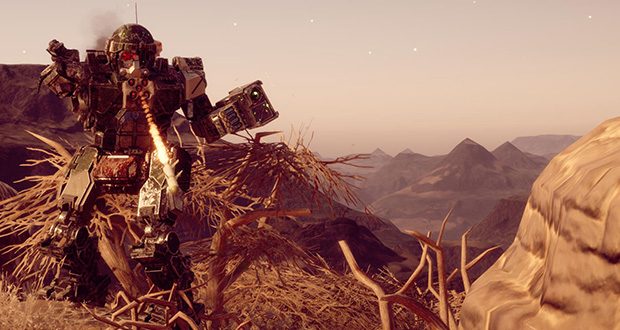 Then there's the matter of locational damage, which the tutorial and interface do a lousy job of explaining, but you'll eventually figure out yourself in the school of hard knocks. In most situations, you can't specify which part of an enemy you want your mech to aim for, but the angle you fire from significantly increases the RNG chances of your lasers, bullets and missiles landing where you want 'em. Again, I'm not a fan of how the interface conveys this information and likely outcomes, but underneath the hood it works.

Pummel away as much as you can at the side or rear of an enemy, and you'll eventually shear off a limb or torso chunk, or knock it to the ground, a whole lot sooner than you will if you shoot it from all angles. Bar an occasional lucky headshot, it's invariably a war of attrition, especially with the heavier mechs who become more and more prevalent as the campaign wears on, but done right it's less time-consuming, at least.

You also get Called Shots, a special ability available only if your squad has sufficient morale (gained from in-mission successes and out-of-mission management choices) that allows you to select a target location. This can be beautifully effective, and even lethal, if you've already chipped away all the armour in the spot you're aiming for. And there's using melee hits to stagger (or to re-stabilise your own wobbly mech), or rocket-jump attacks to both deal massive two-footed damage and up your mech's evasion, at the risk of damage and lowered stability.

There's weapon type and range to consider too, and the effects of movement upon evasion, and terrain-based defence and using lighter mechs as spotters for the absolute units. Lots of balls to juggle, and all those balls are oh-so-giant-robot. 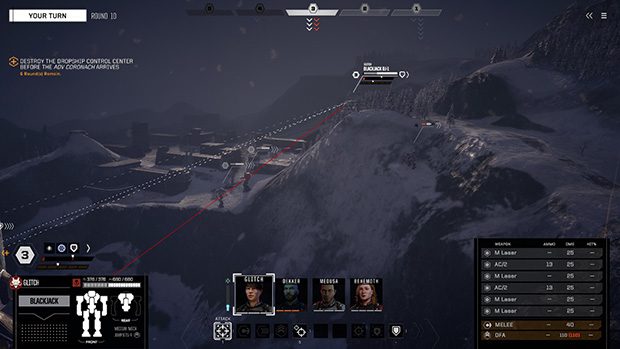 I'm so here for all that stuff. Even reading it back here makes me rub my hands with anticipation, before I remember how frustrated the actual experience of playing it felt to me. Even through the stodginess, the ruleset makes BattleTech thoughtful and distinctive, and most all ensures that it's definitely about giant machines rather than simply standard TBS units with robot skins.

It's just... well, I want to almost immediately find out what happens when I make those shots, or when those shots are made at me, rather than sit through all those unhurried firing, staggering and stomping sequences, and all those giant laserbeams that just remove an armour blob or two with about as much sense of impact as throwing a frozen pea at a window.

Seeing BattleTech mechs precisely-recreated in high definition isn't a long-held fantasy of mine, so as source material-accurate as it may be, I feel nothing much of anything when I watch these rather indistinct walkers and their various weapons go about their achingly slow business in a lifeless landscape they leave little mark upon. I want to know what happens, and get immediately on with doing something about it. Maybe I'd find it easier to stomach if the battles didn't look quite so sterile.

The most infuriating times I've had with BT are when I've made a boo-boo that results in as many as half a dozen enemies taking turns to focus fire on one poorly-placed unit of mine. It all looks the same, there's precious little sense of impact to anything that doesn't actually take out a limb, and it takes so long: seconds rather than minutes, sure, but it's all those groups of seconds added together that bite. I can see I've messed up: I just need to know if it's fatally so or not and then get on with responding to it. 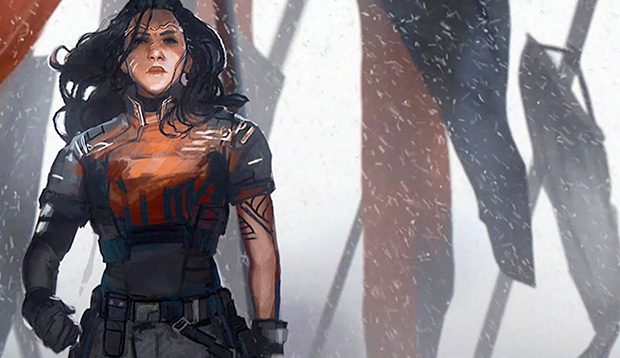 On the other hand, a combination of judgement and luck that results in brutally demolishing an enemy mech in the space of one turn is a beautiful, beautiful thing. The RNG nature of the game is such that you can't often make a kill happen at speed deliberately, but there are massively satisfying moments where a whole stack of missiles slam directly and fatally into a foe's head, or you take out a chunk of torso containing an ammo tank, which summarily explodes, taking the nearest arm and associated weapons with it. That stuff's thrilling, or terrifying, depending on whether it's happening to them or to you. Miserably chewing away armour points turn after turn is not.

Maybe it's because I'm the parent of a young child, desperate to spend my precious few free hours playing rather than watching. Maybe I've been spoilt by the animation-light immediacy of 2018's other smash-hit turn-based mech game, Into The Breach. Maybe I just don't enjoy watching the same thing happen slowly time and again.

In any case, it's the dour presentation, not the steel trap-tight tactical heart of BattleTech that keeps me at a distance from it. You can bet your bottom dollar I'll be back if and when an update adds more speed-up options or, less likely, the overall sense of spectacle and impact spikes.