Beyond A Steel Sky is a 3D point-and-click adventure game which is the sequel to 1994's 2D point-and-click-adventure game Beneath A Steel Sky. It doesn't matter if you didn't play the first one, although some knowledge is helpful. You play as Robert Foster, returning to a futuristic city-state he freed from an evil AI ten years ago, because new bad things are afoot (these involving kidnapping children from the land outside the city). You have to infiltrate the city, team up with your robot pal Joey, and save the day. In its final form, this is looking a lot better than when I previewed it - the animation bugs are gone, and there's a new layer of polish on everything.

But that is not what I want to talk about. Very early on in the game, a precocious child gives you a hacker tool to help with the whole saving the day thing. It is amazing. It is ostensibly to solve puzzles, but what it actually does is make you an agent of chaos capable of bringing any automated system to its robotic knees. I think it's the best puzzle doohickey I've seen in a game for a long time.

The hacker is a little handheld scanner that pinpoints vulnerable systems in the area, from patrolling cleaning robots to vending machines. From there, you can access them and fool around with their simple programming loops by switching commands around. For example, changing the vending machine so it'll only dispense drinks to people who read as ineligible for them. 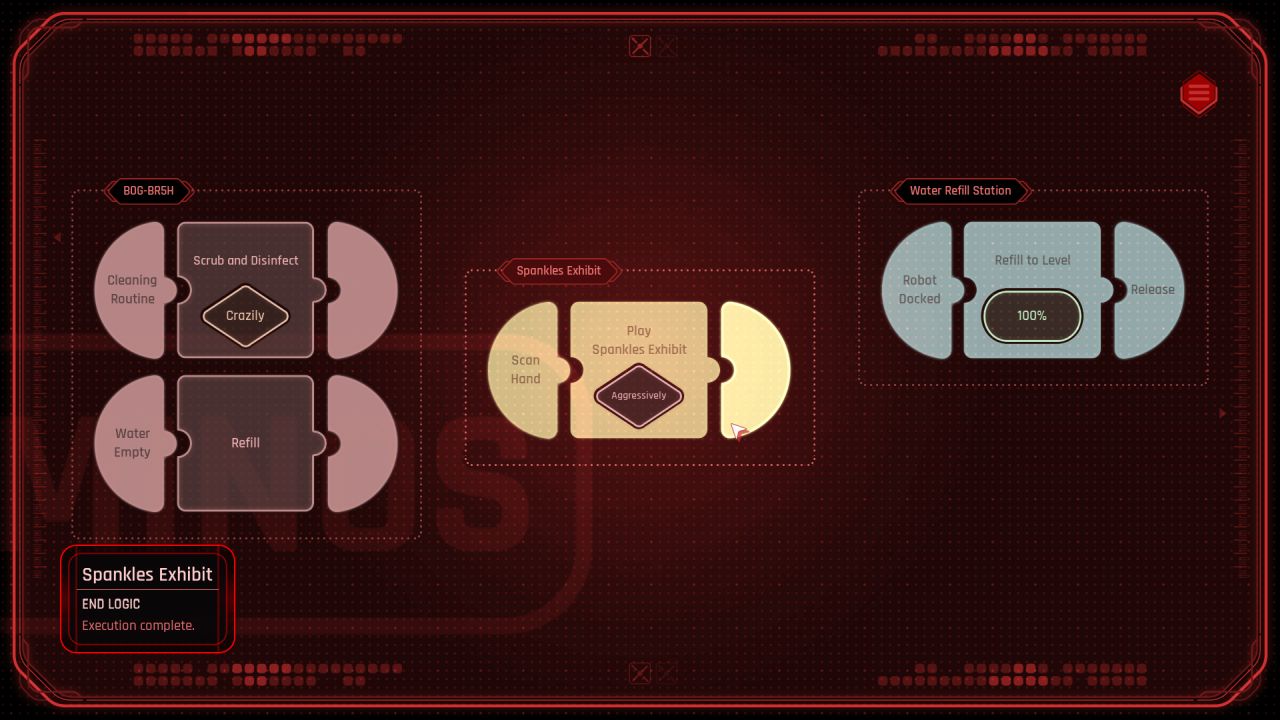 This is often instrumental in solving the puzzles that Foster comes across. In one case you need to make a robot arm slap someone, so you have to swap the "Gently" directive within its "perform action" command with the directives in some robots and automated audio displays nearby. These include "crazily", "calmly" and "aggressively", so you also get to hear the info from the displays read out in completely different tones of voice. I appreciate this level of detail.

But my favourite bit is that the hacker lets you fool around with robots and machines and stuff even when you don't actually need to in order to advance the game. You can just, you know, have fun with it. So for example, whenever you try and get in the shower in this bathroom, it makes the toilet flush. To turn the shower on you have to try and wash your hands. Tee hee hee. 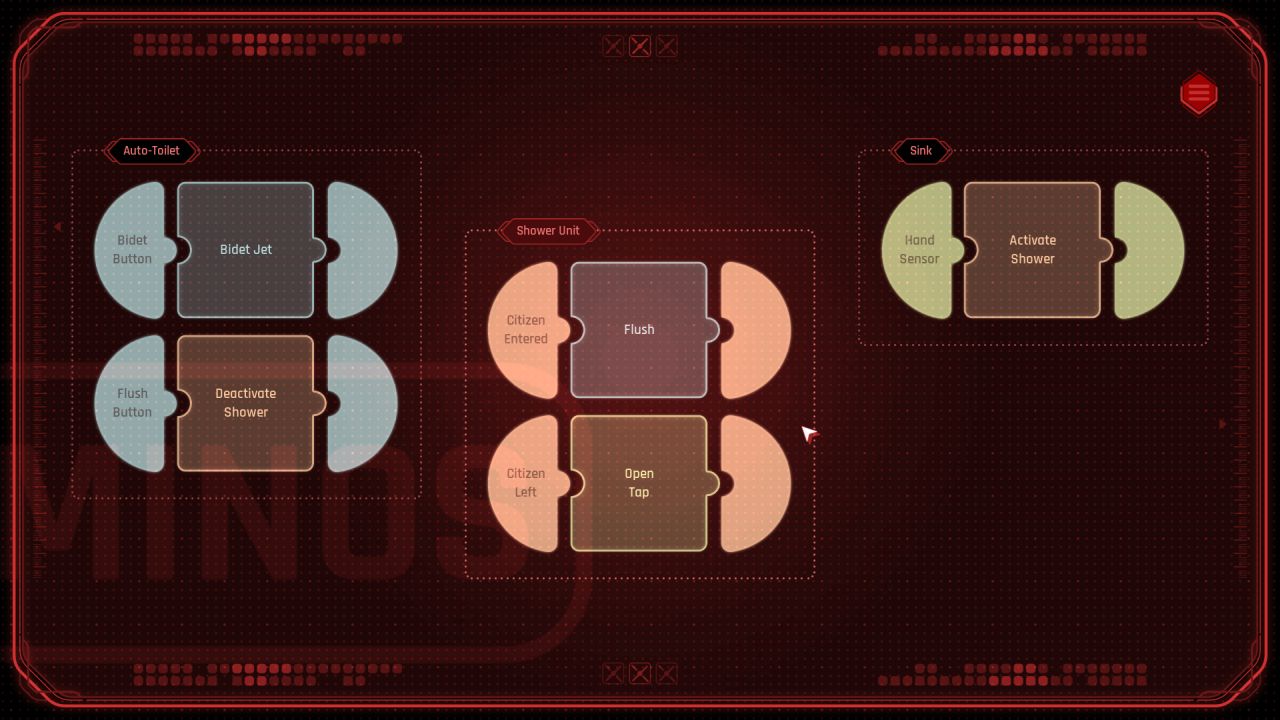 I went into a coffee shop and was cross that I wasn't allowed in the VIP area, so I needlessly hacked the system so that only people who weren't authorised would be able to open the door, while actually coffee lords would be barred. Take that, coffee hierarchy! 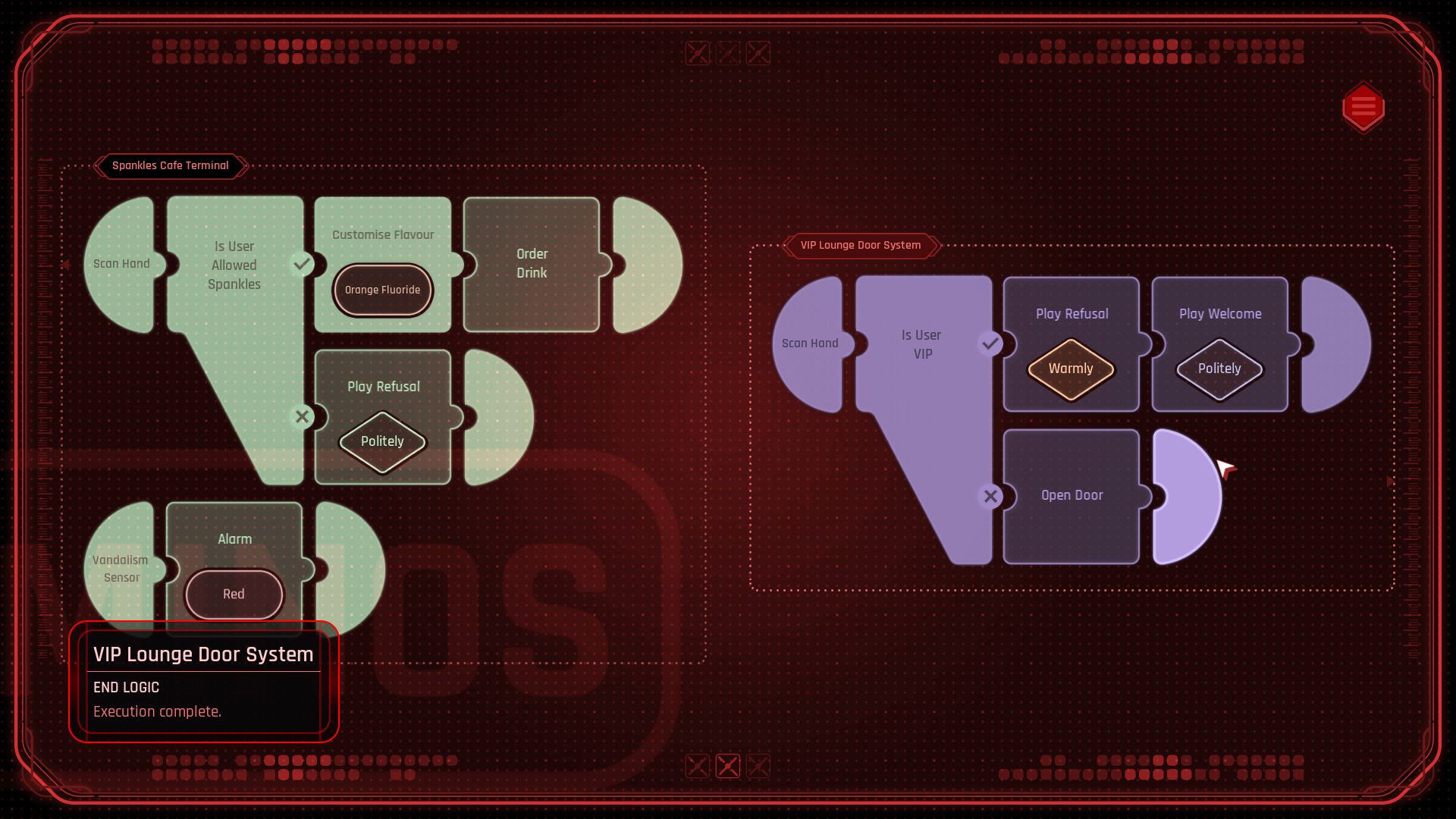 In Union City almost everything is automated, which practically speaking would make Foster a god king, on an extremely petty level. Luckily nobody notices you using your incredible deus ex machina stick or, if they do, assume you're probably allowed to have it, I guess. But it's both a very clever little puzzle tool and a very fun little extra. It's a genuine toy that allows you to indulge in actual play, in a form that you wouldn't really expect would be allowed in the game.

Beyond A Steel Sky does, incidentally, have a generally good sense of humour, plus this guy, who is called Alonso but is definitely just Waluigi from whenever they do a sexy millennial reboot of Mario like they did with The Hamburglar. 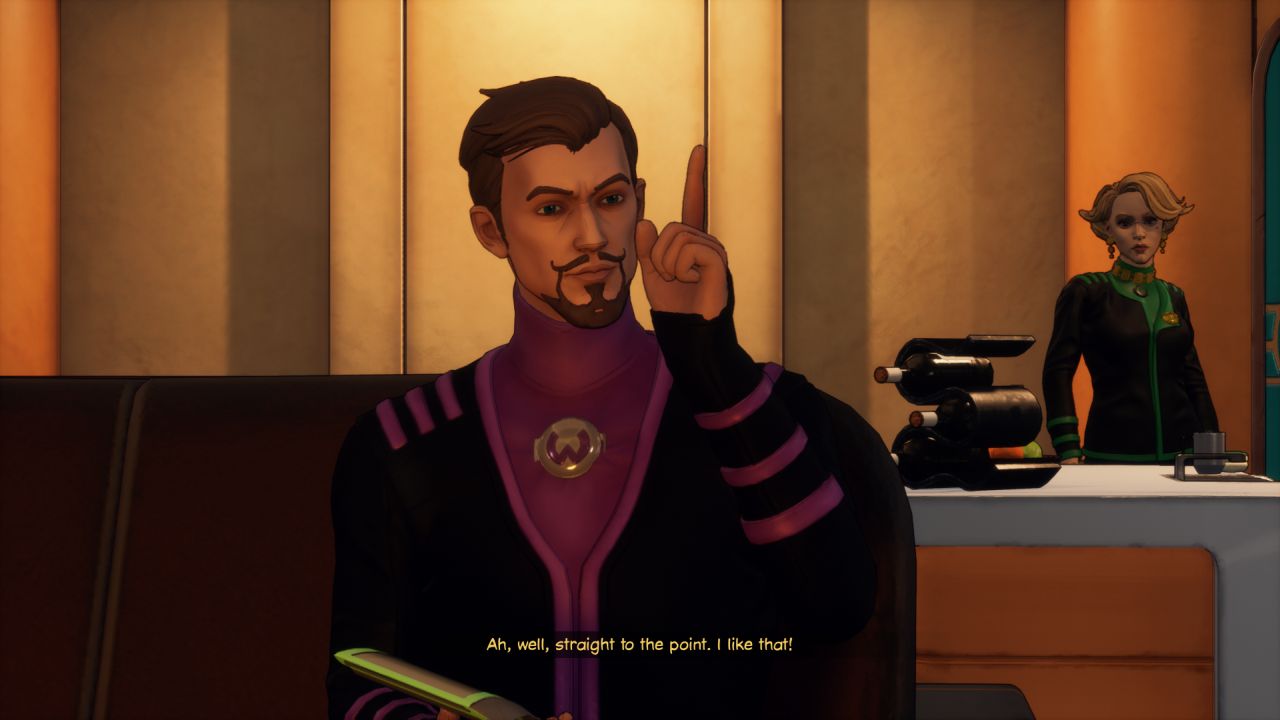 Beyond A Steel Sky is out now, and is a fun little adventure with a lot of UK regional accents (Welsh! Scots! Recalcitrant trucker from the north! All the hits!). There is also a robust and actually useful hint system to avoid frustration. But I am obviously wasting time playing with the hacking tool. Ugh, okay, I can save the world at some point I guess.