There's always a man, a lighthouse, and a city. Sometimes, those cities are sucked from 2002 and splatted into modern videogames, like the Vice Cry: Remastered mod that takes the Grand Theft Auto: Vice City map and plops it into Grand Theft Auto V. Bet Ayn Rand didn't see that one coming.

The mod's been floating about for years but only recently hit version 1.0. It started life as a makeover mod for the original Vice City, so in theory its a better version even before GTA V's technobits.

Here's a trailer, which confusingly features remade cutscenes from Vice City's singleplayer campaign that you can't play with the mod - you only get to muck about with the map, and some homemade missions. GTA is obviously at its best when you're just larking about with trucks and drawbridges, so I wouldn't worry.

I say obviously, despite not having played any of Vice City. Six-year-old me was sadly deprived of gang violence. And these excellent fish. 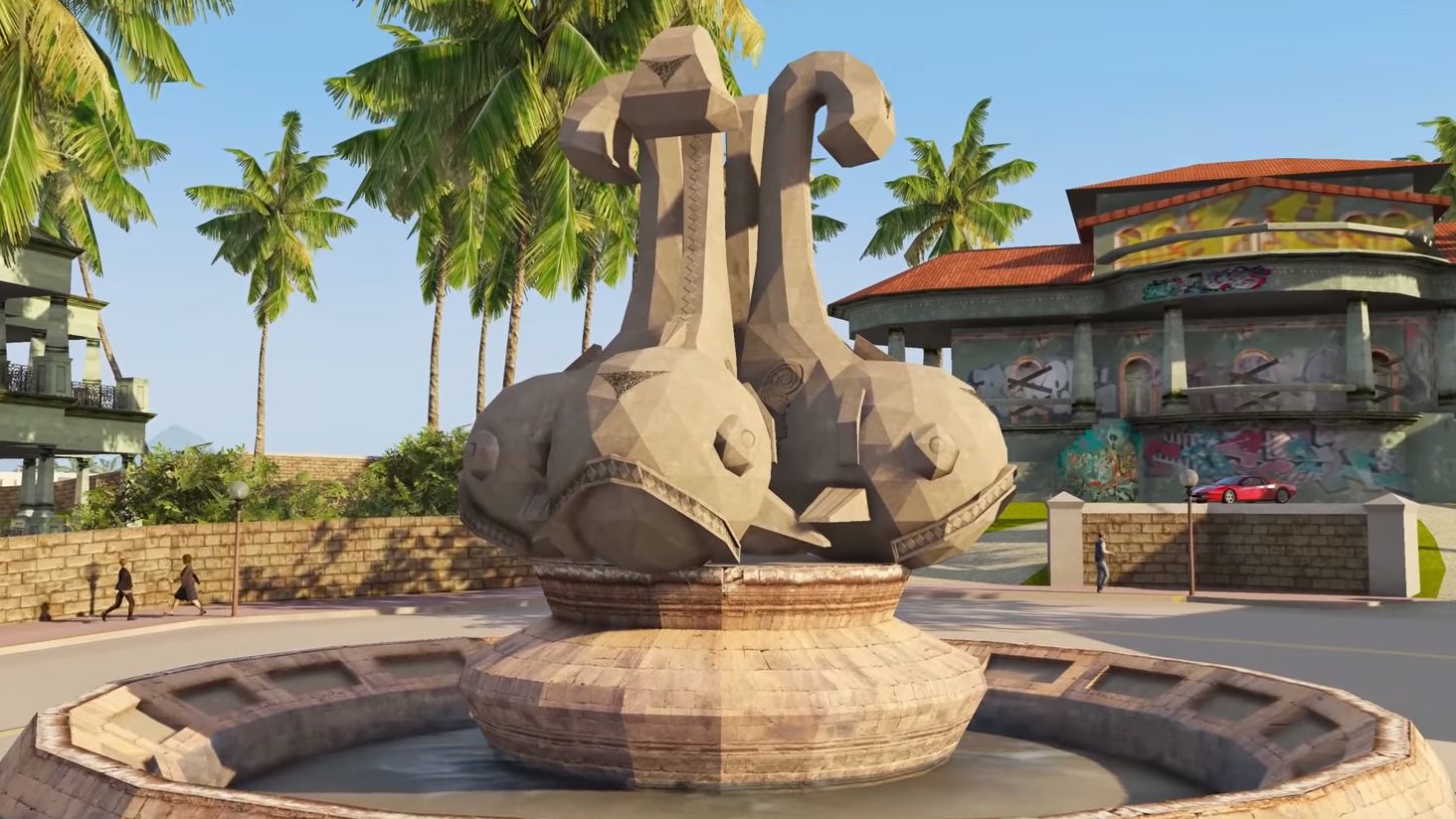 The download page promises a "full port" of the original mod, plus modern enhancements I don't understand but would gladly sign up for. MLO interiors. Instanced Grass. Pour it all over me.

You'll need to faff around a tad with other, supporting mods, and faff a tad further if you want the cars to be authentically 80s.