Sometimes, things just take time. When an amateur team remake an FPS classic up to AAA standards in a modern engine in their spare time? Yeah, that'll take a while, but the patience seems to be paying off for fans of Black Mesa. While so so far the ambitious (and Valve-endorsed) Half-Life remake has mostly adhered to the structure of the original, developers Crowbar Collective reckon that they can do better with Xen. While the core concepts and story beats are still present, everything else is being re-designed from the ground up. It's looking lovely, and nearing completion.

In today's developer blog post, Crowbar Collective outline just how far they are into their total re-imagining of Xen. The answer: Very. Of the five chapters that make up the Xen part of the game, two are in the final spit n' polish phase, two are in the late stages of development, mostly just needing art assets created and installed onto the map framework, and one chapter, Interloper, is being saved for last, with the entire team planning on finishing it up as their final piece of work on the game.

While remembered as being pretty rough and unpolished compared to the rest of the game (low-gravity platforming with brutal fall damage is a hell of a trip), the original Xen was at least a brief experience, maybe an hour total. Black Mesa's version is significantly larger, and just the first two chapters alone are taking Black Mesa's testers around two hours to get through. From the looks of the few screenshots released, there's going to be larger environments with more human structures, giving it an interesting mix of familiar and alien design.

Crowbar Collective are clearly confident in their design, and to be honest, it won't be too hard to improve on the original. Whether it's good enough to make up a third of the game? I'm excited to find out. In the meantime, the developers are hosting a big multiplayer get-together for July 30th, for those wanting to try out Black Mesa's robust deathmatch in busy servers. You can find the details of that in the dev-blog post here. 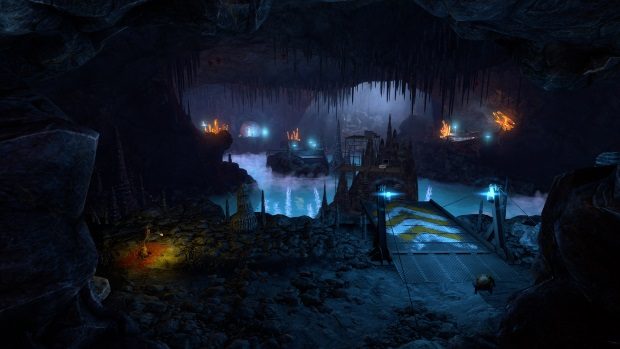 Black Mesa is available via early access on Steam for £6/$8 in the summer sale, with the Xen update coming when it's ready, although you might want to keep an eye on the project this November 8th, what with that being the 20th anniversary of the original Half-Life's release.