'What if battle royale but boats' is a pitch I can get behind. I've only played one round of Maelstrom so far, its hull now refurbished with the more inviting planks of free-to-play, but it won't be my last. It's a slower, more considered affair than its land-bound brethren. It turns out orcs and goblins build ships that are far less squishy than fleshbags, encouraging fights that twist and develop rather than sink before they've started.

Come, let the salty air of novelty and not-costing-any-money blow away your battle royale fatigue.

As Fraser Brown remarked when he prematurely evaluated Maelstrom last year, I too like how you go into each match with a playstyle already in mind. Different ships have different specialities, like ramming or long-ranged combat. It's an asymmetry that brings tactical considerations to fights that already revolve more around thought than instinct. That's largely because it takes at least a few volleys to punch through a ship's armour, which is tracked separately for each side of your ship. Survival means never exposing the same angle for long, while successful sea murder can depend on tracking where your enemy is already leaking.

You can upgrade your ships between games, but that's not the problem you might think. The sight of a legendary captain requiring a great wodge of currency initially caused my heart to sink faster than one of Maelstrom's pathetic NPC booty ships, but you can't buy that currency with real money. The game-affecting upgrades have to be earned by playing, although you can speed up your unlock progress by paying for a booster. That's not ideal, but the matchmaker does at least try to put you against ships of similar power. 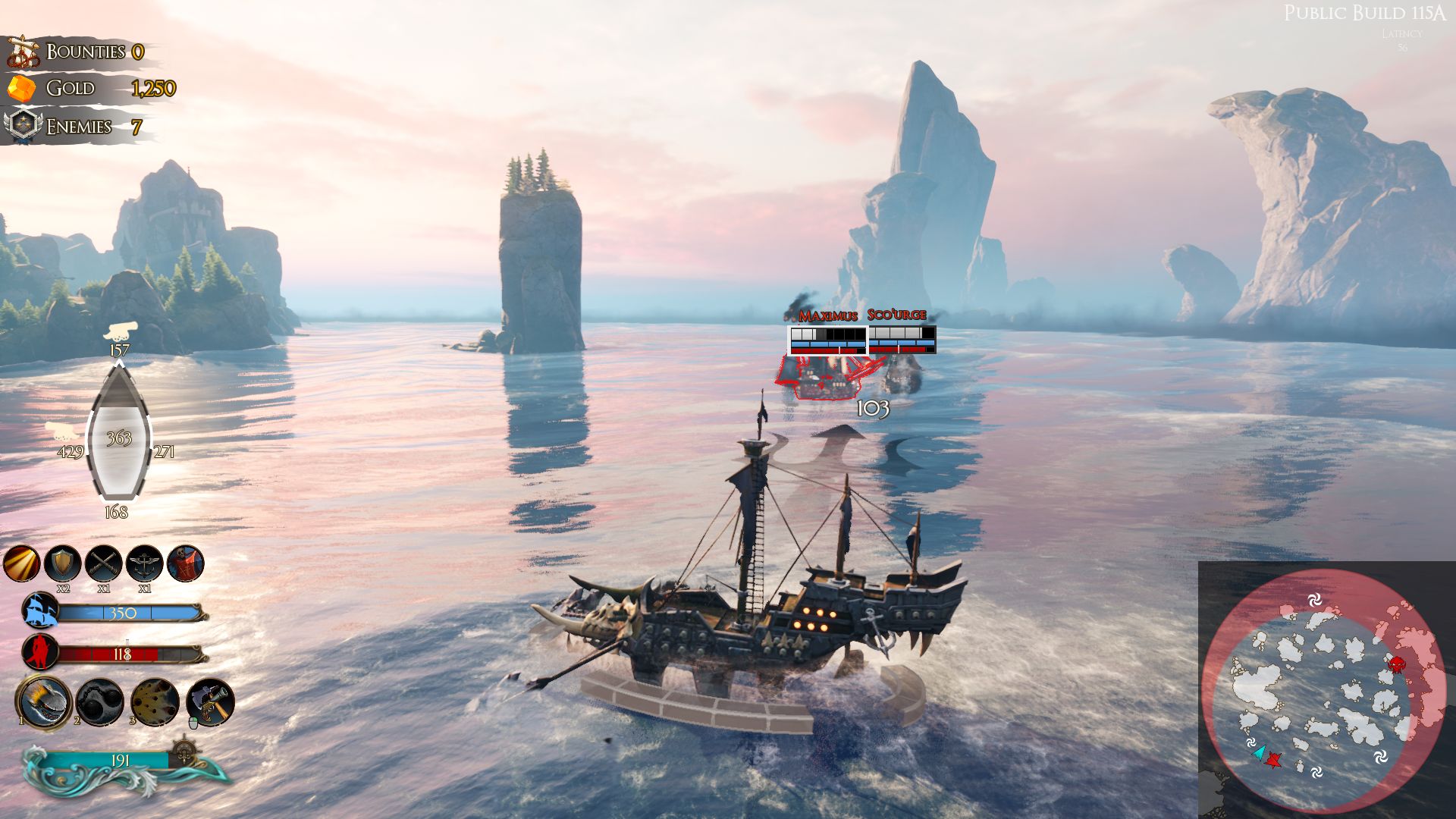 I'll leave you with some enticing words from Fraser, seeing as he's a saltier seadog than I.

"It would probably be a nightmare to fight in these ocean arenas if the ships handled at all like ships, but thankfully they don’t. They’re bath toys, gently sitting on the water, ready to scoot across the place with a bit of a push. You don’t need to worry about sails, tacking, jibing or even what the wind’s up to — it’s all about quick maneuvers and pummelling every other ship you see."

I'm not sure saltier is pirate lingo for 'more experienced' either, but let's roll with it. I'm sure the pirates won't mind.