This is a weird preview to write, because I'm about to describe a game you can already vividly imagine. Borderlands 3 is a shoot 'n' loot about tearing through wacky enemies using outlandish weapons and abilities. From the half hour I've played at E3, it's a very good one, and a subtle improvement over boundary grounds 1 and 2. Is that enough? Maybe.

My demo actually started with a presentation, where we were introduced to the new villains and the new planet. The villains are described as "annoying twins" and little else, while the planet, Eden 6, is a swampy jungle. We also get a peek at the wildlife, which is much more interesting than either twins or terrain. There are cute yet vicious-looking alien raptors, and critters that look like demonic monkeys. We're told they're called Jabbers, that they can "wield guns and build huts", and that "they've very friendly, I promise". 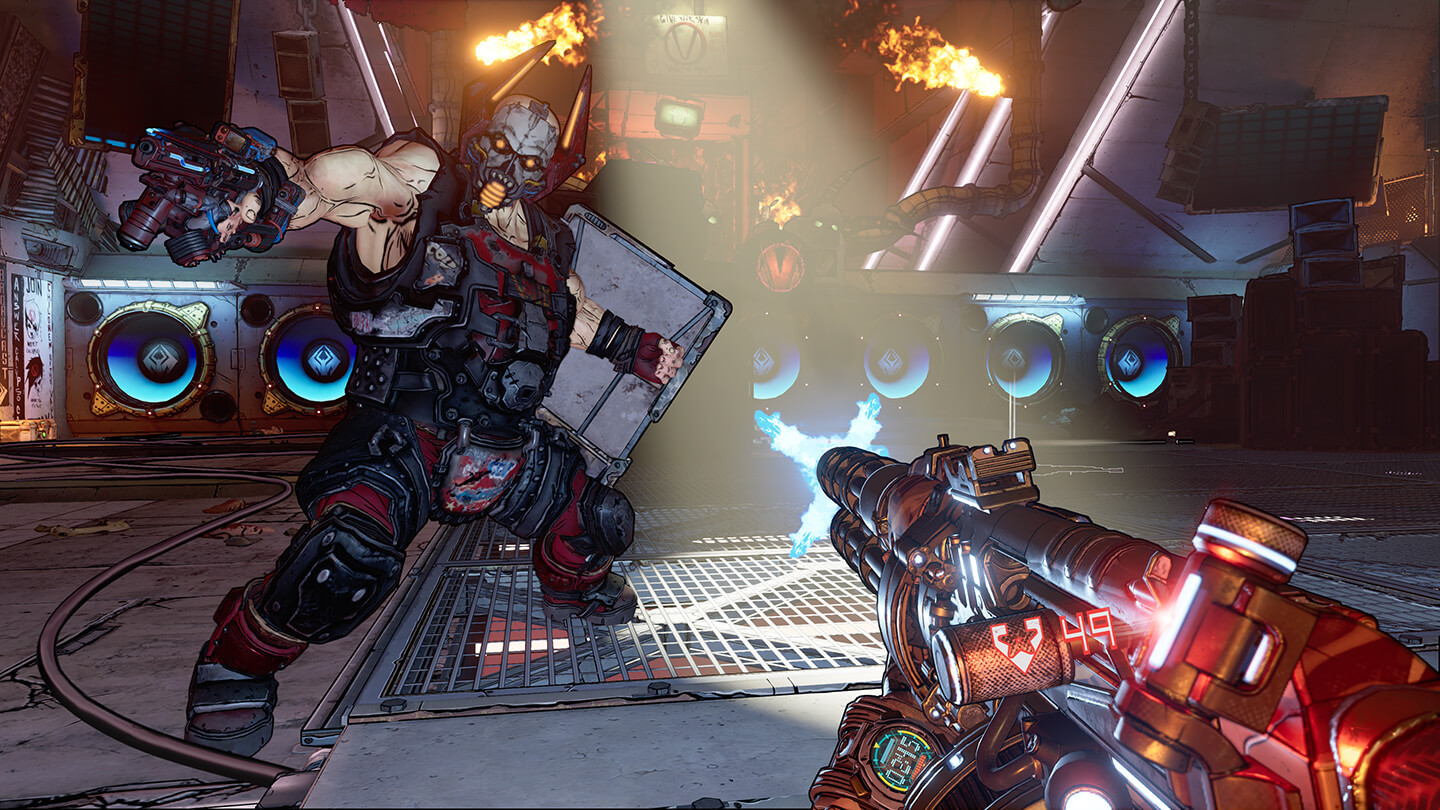 Sadly, my hands-on did not include any nice hut-building monkeys. It didn't even include any swamps. Borderlands 3 features multiple planets and I'm not 100% sure which I was on, but it looked a whole lot like Pandora. Pandora, with its topless "psychos", over the top bosses and small topless enemies. Those are now called Tinks rather than Midgets, as Gearbox have come out and described their previous language choice as "not super sensitive". Unlike 'psycho', which they presumably still regard as perfectly acceptable. Also, some of the Tinks now build turrets.

There are other differences. The characters are new, with a mix of new abilities and ones that heavily riff on previous games. They each still have three different perk trees that emphasise and improve different playstyles, but now those are each tied to special abilities that you can swap between by going into the menu. I do like how those abilities work differently for different characters.

Take Mose. She's a soldier who spends most of her time as plane old border buddy without much going on, but can occasionally hop into a big mech suit. Two of her abilities can actually be used at once - they're her left arm and her right arm. I took to playing with a chain gun and a big charge up laser that instazaps every non-boss enemy, but I could have swapped one of those out for a grenade launcher.

That's neat, but not really my jam. I enjoyed myself much more as the siren, mainly because of the ability that lets her psionically leap into the air then plunge into the ground with a swarm of fists from the spirit dimension. It helped that she spawned in with one of those guns from Borderlands 2 that can't reload, but can be thrown at enemies as a grenade at the same time as a new gun materialises in your hands.

It's a good time, but it's the same good time I had for fifteen hours before bailing on the last game. That said, there are other improvements worth mentioning. You can climb about using a simple mantling system -- though that's the kind of improvement that brings it on par with most modern games, rather than an innovation worth particular celebration. 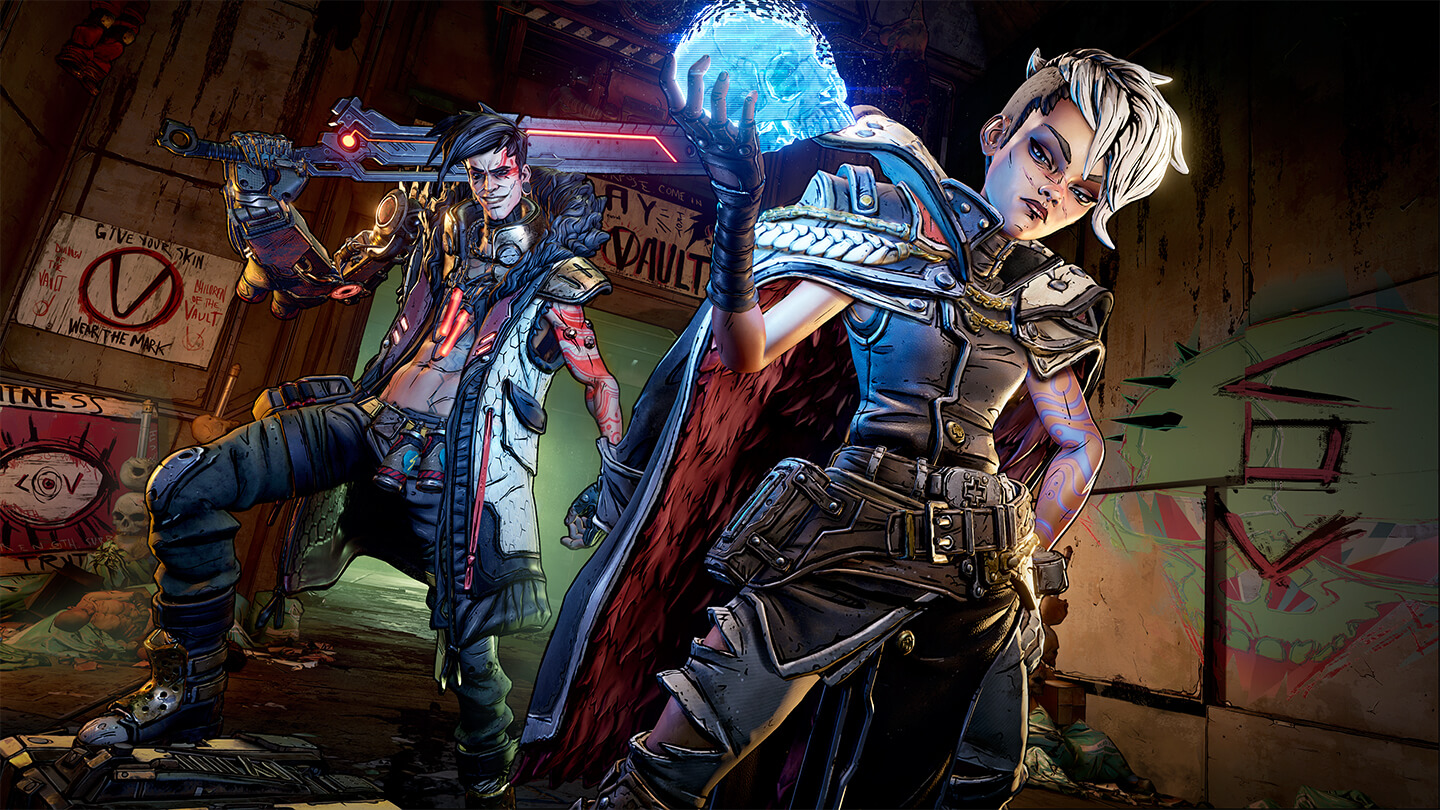 You can also bumslide now, by running and crouching, and I'm loath to be too critical of any game with a good bumslide. But still: do I really want to spend dozens of hours running along on a very familiar treadmill? Even if that treadmill has monkeys and bumslides?

At one point in the presentation, I was surprised to hear an orange beam indicating a legendary weapon get described as "pavlovian". I thought that was the dark underlying attraction of loot 'em ups that you're not supposed to mention, at least not if you're selling the damn thing.

Trouble is, I might still play the damn thing. I've had enough of a border break that I can see myself back on that treadmill. Especially If I can convince a friend or two to join me.