If you click on a link and make a purchase we may receive a small commission. Read our editorial policy.
Premature Evaluation is the weekly column in which Steve Hogarty explores the wilds of early access. This week he made willies out of cardboard in survive 'em up Steam
For: £15.50, $20, €16.79

CardLife is an open world crafting game that, like many examples of the genre, has a hunger mechanic. That means your little cardboard avatar is cursed with the need to eat to survive, or suffer the relatively minor indignity of respawning nearby with none of their stuff.

We all know that robots eat nuts and bolts from cereal bowls, that’s basic science. But if we’re to accept that a creature made of corrugated cardboard (and therefore not burdened by a gastrointestinal tract) even has an appetite, what do you suppose that little cardboard man would eat? My guess would be various bits of coloured crepe paper and packing peanuts (perhaps with those little silica gel sachets for dessert) but in CardLife that’s not on the menu. No, instead you eat raw meat. To find a meal you must stalk through the woods like a papery Liam Neeson, punch a wolf to death with your bare, cardboard hands and then feast on the incongruous hot flesh within. 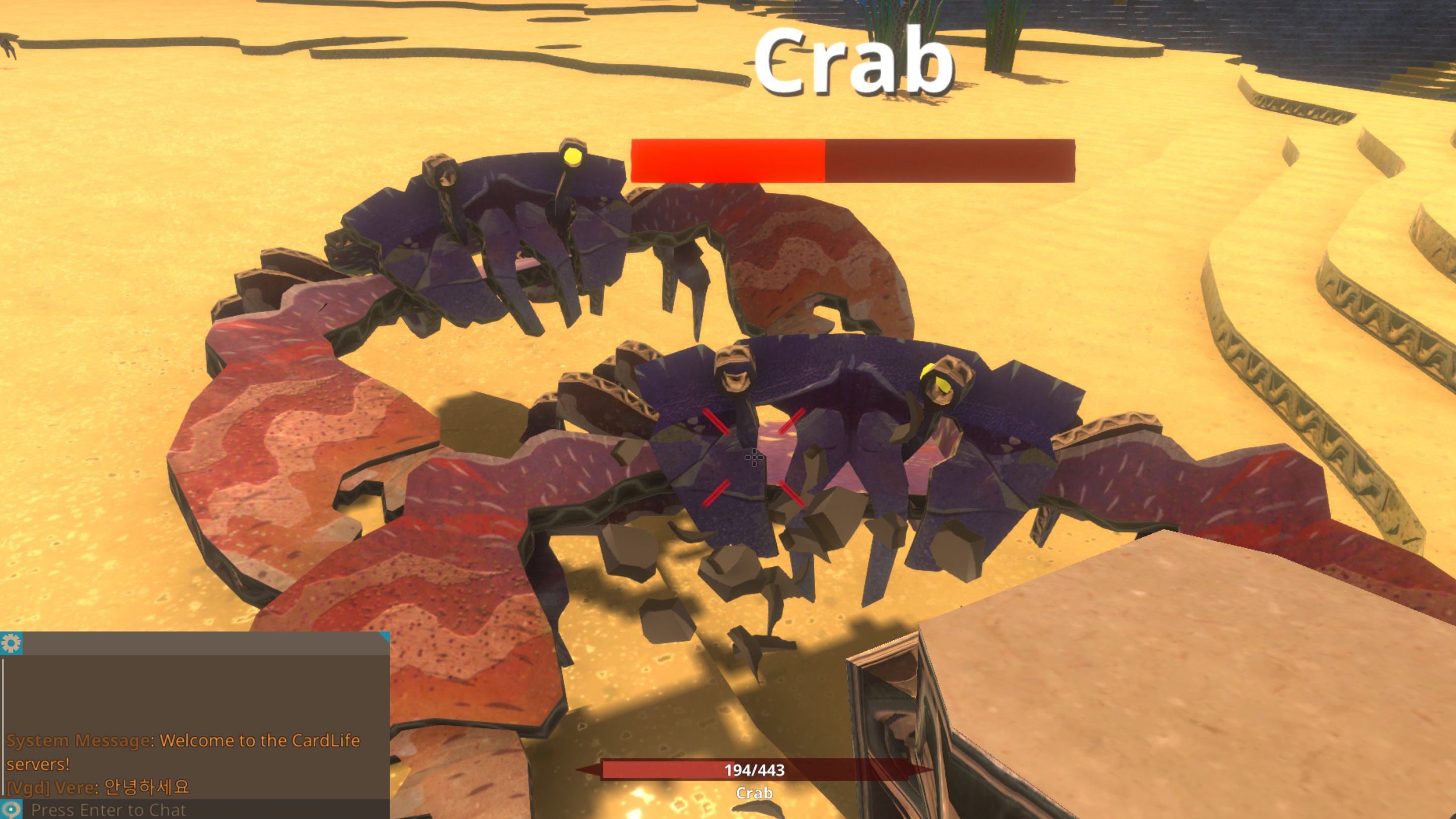 This isn’t animated in the game – probably for the reason I’m about to give – but the thought of those salty meat juices soaking into cardboard fills me with an unspeakable sense of dread. Can you picture the lower half of a boy’s cardboard face becoming sodden as he slides each uncooked steak into the letterbox opening he considers a mouth? Can you imagine his widening cardboard smile gradually losing its structural integrity, as it sags and tears under the weight of beef-water, until his jaw sloughs off the bottom of his head completely, disintegrating into pink mush like an off-brand kitchen towel?

It’s an awful image, and I’m sorry I made us both think of it, but the inclusion of meat in an otherwise cardboard universe is one of the few times CardLife breaks its own wonderful papery theme. Besides the odd hunk of flesh the game is almost entirely made from bits of pulped wood. Landscapes are formed of layered sheets of corrugated cardboard (CardLife’s map isn’t procedurally generated, rather it's all designed by hand, with biomes ranging from dense forests to snowy tundra) and animals are all slotted together cardboard shapes, like those briefly popular 3D jigsaws from the 90s, or that collectible glow in the dark T-Rex that was also from the 90s. 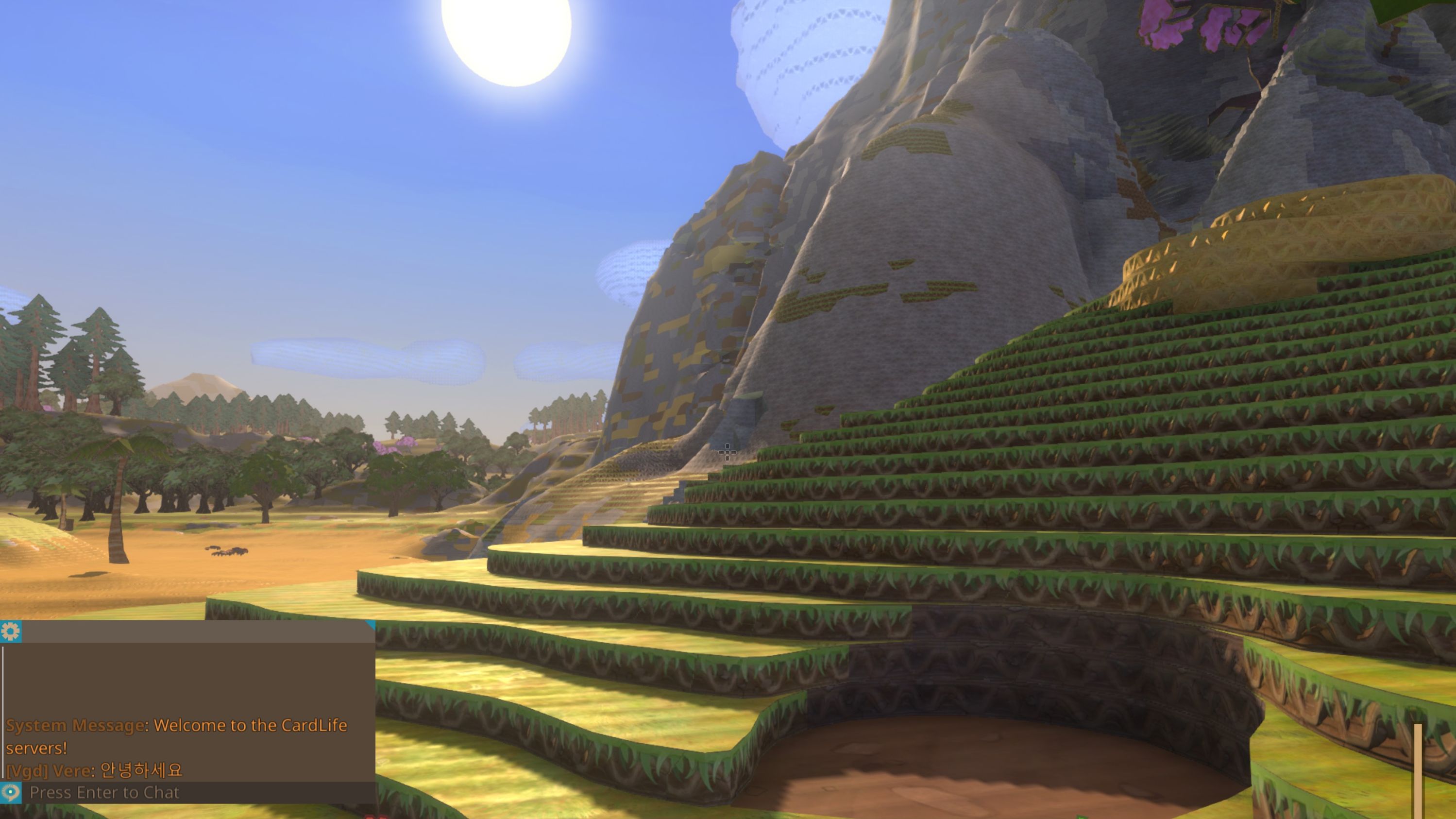 More than anything, CardLife’s world reminds me of that scene in Beetlejuice when they shrink down into the model village and have to dig through bits of cork and cardboard to exhume the main guy, John Beetlejuice. This cute arts and crafts aesthetic feeds neatly into the game’s best feature too. Almost every object you craft can be customised by doodling the outline of its constituent parts, offering a degree of unfettered creative freedom that’s like a red rag to an immature bull who should really know better by now.

A sword, for example, could have a shaft in the shape of a cock and balls, with a hilt in the shape of a smaller set of cock and balls. Craft an axe and you can shape the handle into, say, a cock, and the blade into a neat pair of human balls. Your shovel can be customised into any shape you can imagine. Me? Well I went with a large cock and a lovely, plump pair of balls, thank you for asking. 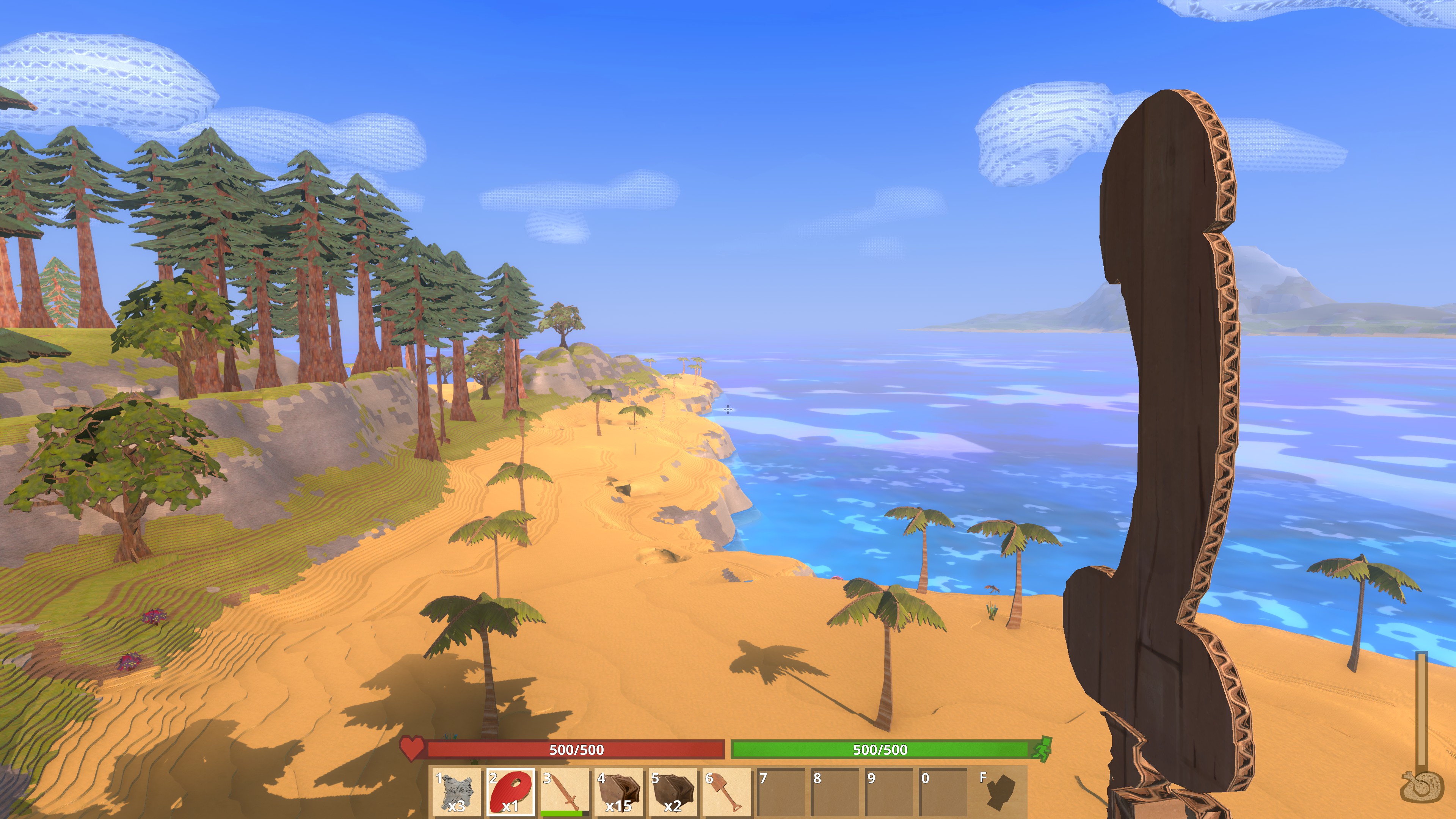 Side note, I was once told off by Sony for placing a cock and balls on a squirrel in PS Vita platformer Tearaway, which had a very similar personalisation mechanic. The warning email said I would face a ban if I didn’t “reconsider my online behaviour”, which clearly I never got round to doing.

PlayStation told me off for putting a dick crown on a squirrel. What a time to be alive. pic.twitter.com/dQn2Zb6udr

In CardLife you use your customised tools to harvest and mine raw materials out of the cardboard earth – cardboard stone, cardboard ore, cardboard diamonds – which are the ingredients needed to craft prefabricated structures like walls, doors, ceilings and staircases. You can customise these bits too, adding hand-drawn windows, shapes and other little details. Almost anything large enough can be personalised, even your avatar. 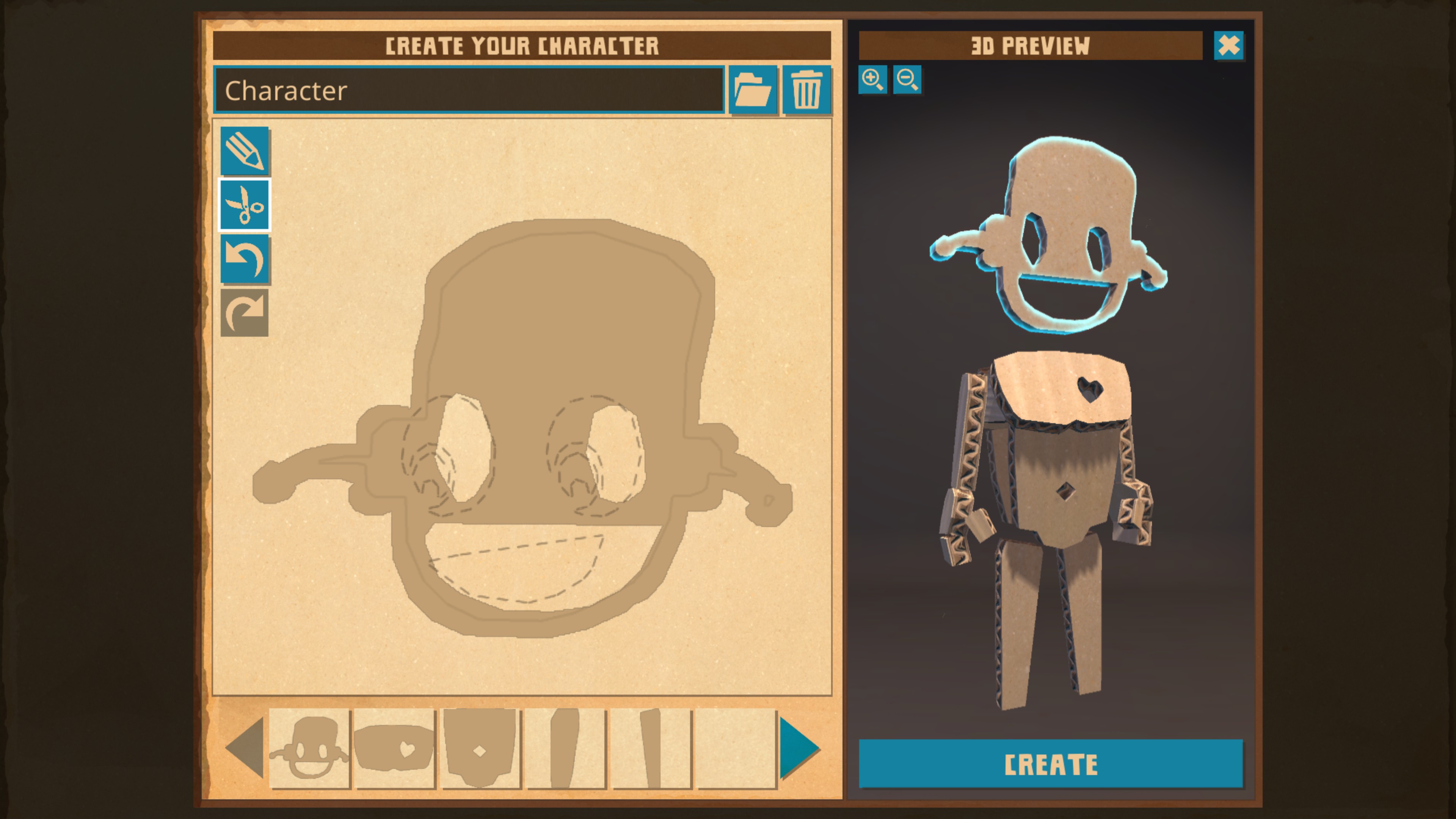 The novelty of hand-sculpting your own tools soon wears off – there are only so many rude shapes you can think up – but the ability to personalise the prefabricated parts allows you to design some interesting looking buildings given enough time and imagination. Poking around on a multiplayer server I encountered player-built villages made from customised parts, snapped together to create tall skyscrapers, detailed castles and complex multi-storey constructions, replete with cryptic signposts and static zombie cutouts.

There was not a cock and balls among their ranks, which suggests my obscene avatar may have been in breach of some server rules, or simply that my fellow players are a smidge more sophisticated than I am.

Things aren’t terribly social online just yet, with just a handful of players spread across a few, mostly empty servers. Dotted about the landscape were staircases to nowhere, abandoned clifftop towers and cardboard ghost towns, their inhabitants presumably all having logged off for their tea. The creativity on display was impressive nonetheless, and made me feel especially childish for strolling around with my pockets full of crudely sculpted penises. 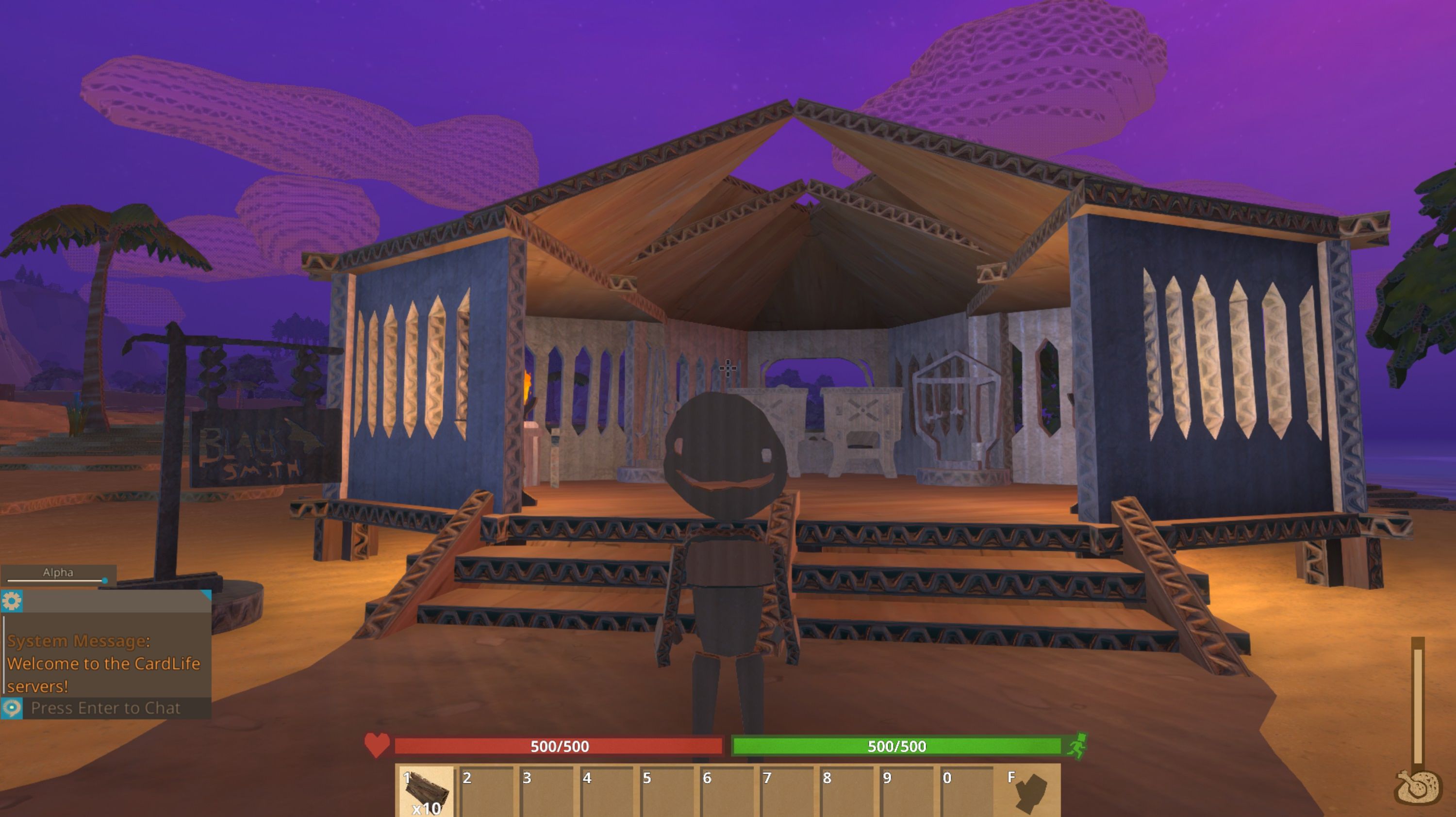 Even in this early version there’s rudimentary combat and a variety of monsters, sets of armour to forge and swords to wield, and a vast network of subterranean card-caves to get lost in. Freejam is pumping out updates thick and fast too, and the development roadmap promises all manner of interesting features, from taming and riding around on wild animals, to farming, vehicles, multiplayer dungeon raids and underwater exploration, even opening up the game’s underlying code for modders to stick their tinkering fingers into.

It’s all stuff that will one day differentiate CardLife from the genre archetype, and inch it far enough from the label of “Minecraft but with cardboard” to be worth taking a good look at. Right now, it’s a fast-growing cardboard sandbox with plenty of potential, an insatiable lust for raw meat, and the odd idiot lowering the tone with his stupid dong-shaped head.