I appreciate when games offer the opportunity to draw and sculpt in-game objects myself yet recognise that I have the artistic hand of a five-year-old hopped up on juice, and apply a style of their own to spruce up creations that even my own mother wouldn't stick to the fridge. Enter CardLife: Cardboard Survival, a new online survival sandbox from the makers of Robocraft, where everything is built from corrugated cardboard. So sure, I'd ham-handedly draw my own avatar and building blocks, but in theory the game would make it look cutely craftsy. Thanks, video games.

You know the deal: explore; fight; craft; build. It's a cardboard Minecraftbut. But what a cute load of cardboard it is! Look at these crabs! 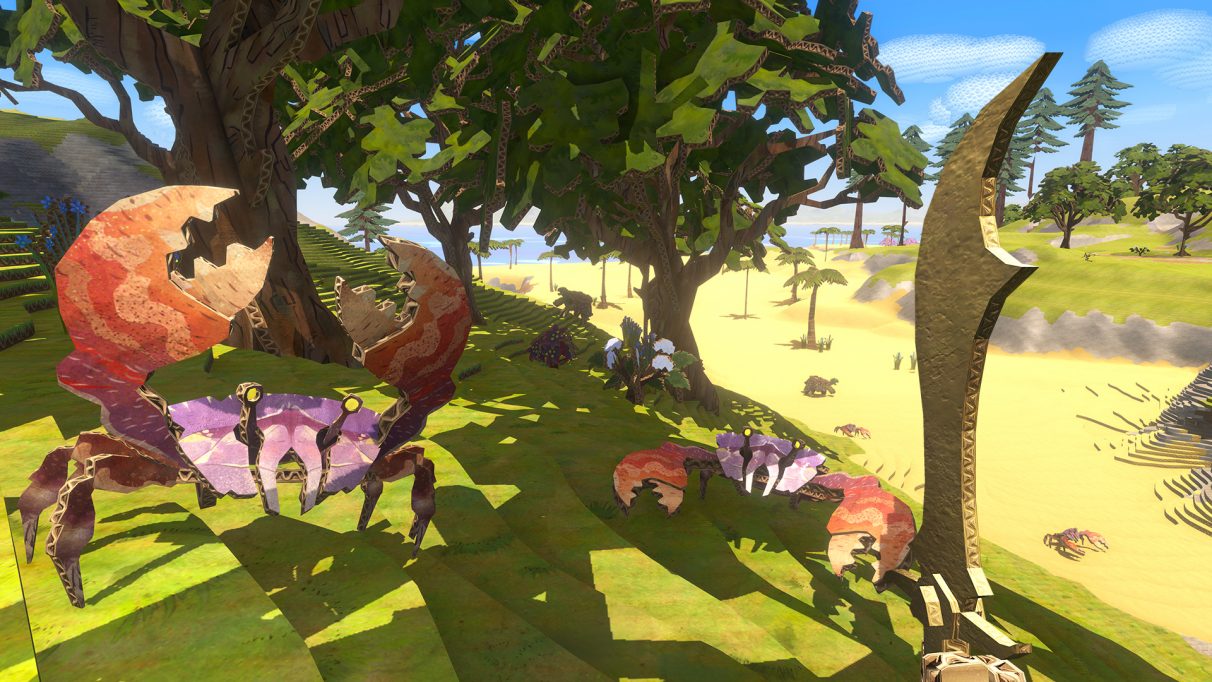 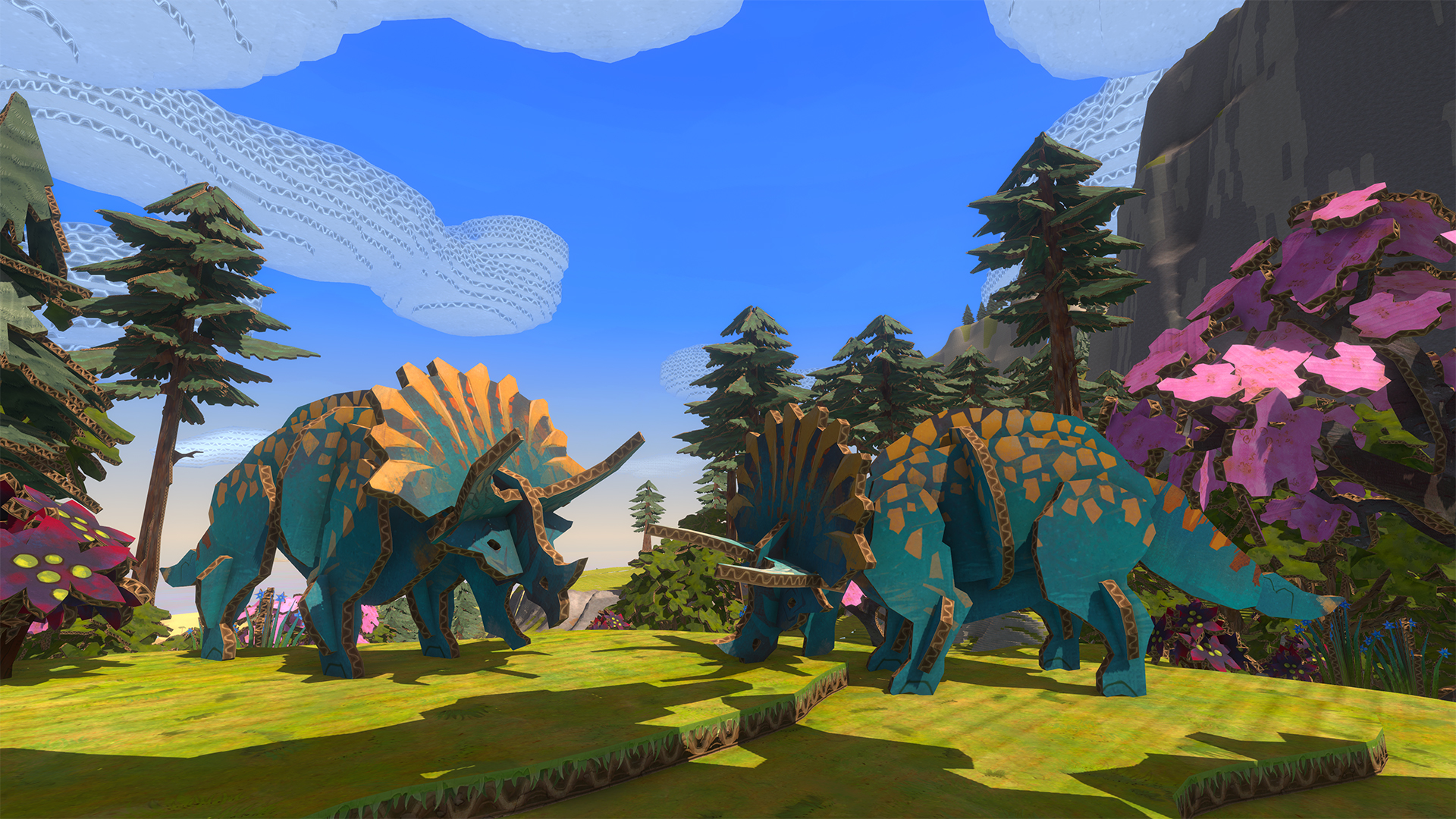 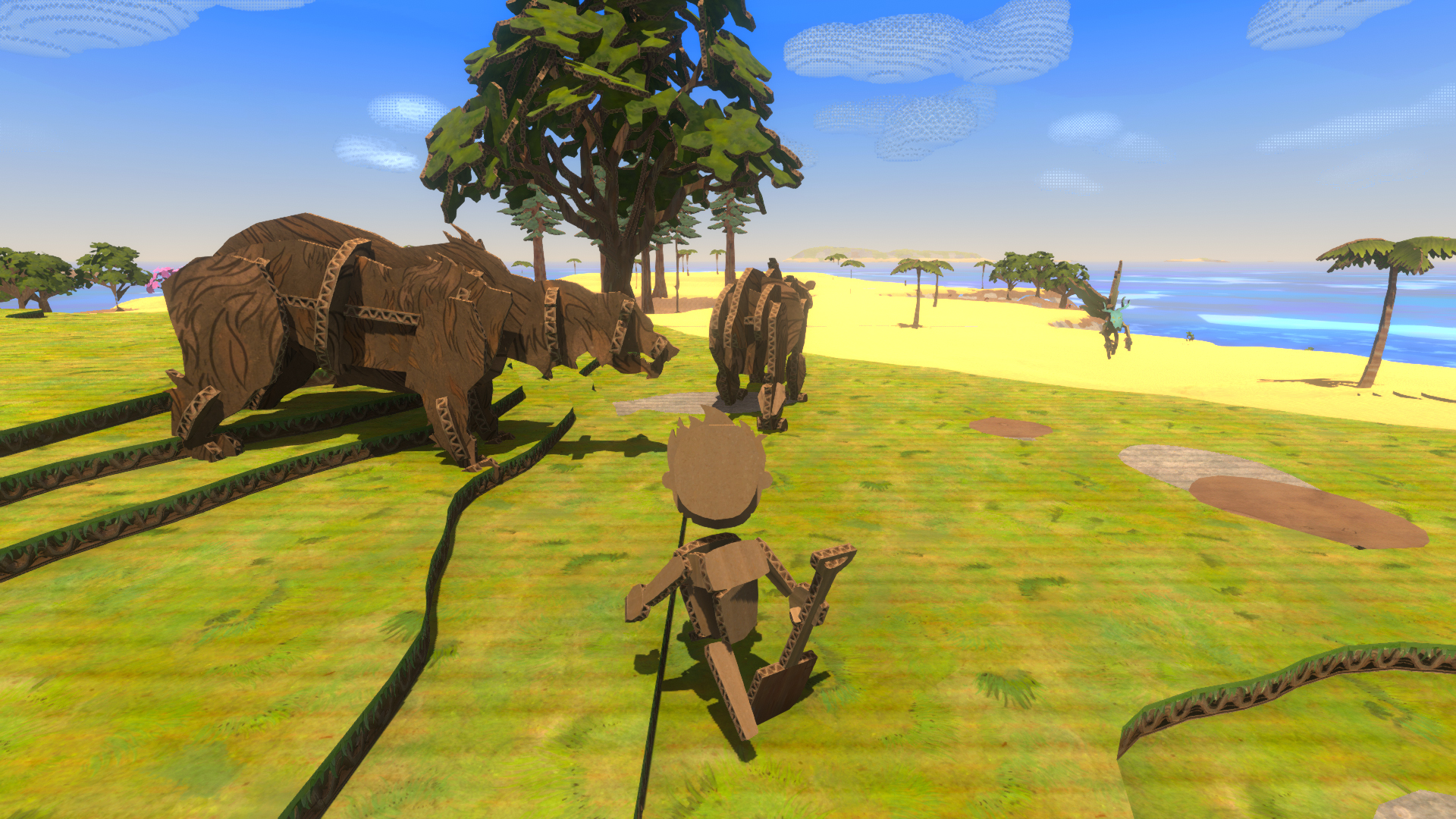 And the pleasing stacked layers of the landscape. 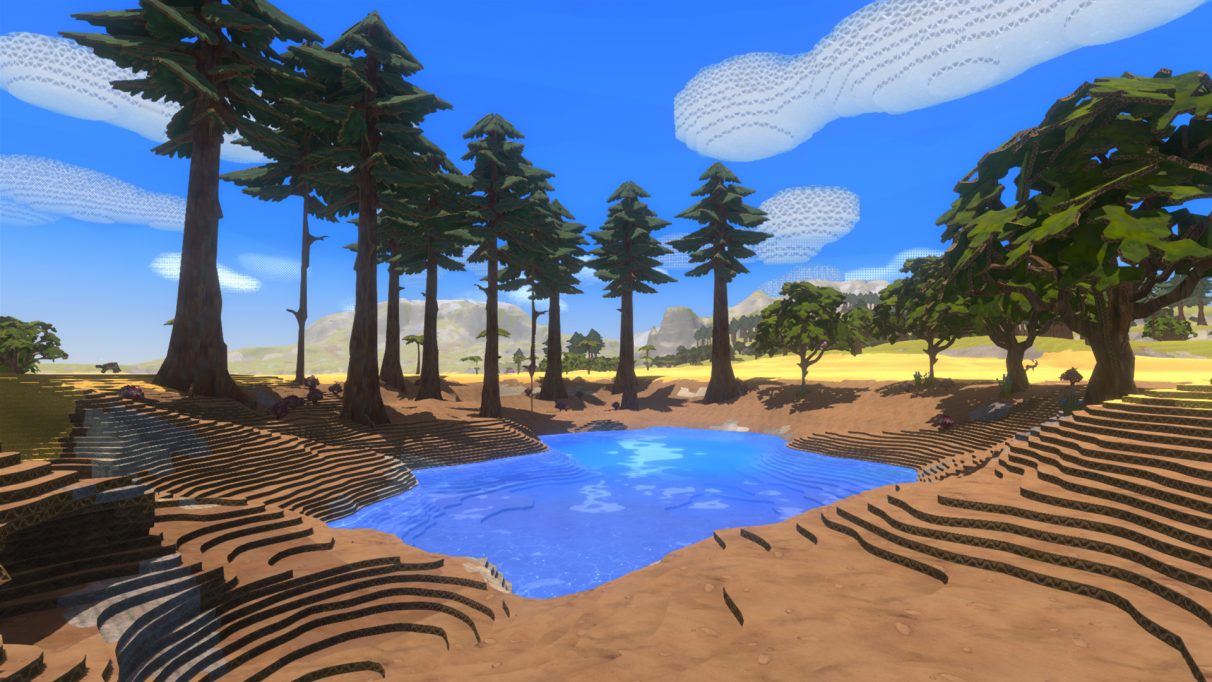 We'll get to create our own avatar by laying out dots and connecting lines to cut out our shape from virtuacardboard, and the same system goes for building bits too. Which is cute.

Along with singleplayer, it supports online multiplayer.

Cardlife launched on Steam Early Access this morning, priced at £15.49/€16.79/$19.99. Developers Freejam expect to launch the full version "towards the end of 2019", though that might change if plans grow. Planned additions currently include underwater exploration, raiding, dungeons, farming, vehicles, PvE-only servers, biomes... a whole lot of things I'd rather were in the game before I bought in myself. Those are some big things to be absent. But Freejam have already taken one game successfully through early access, their bot-building battler Robocraft, so they do have experience here.

Also, I like how trees are cut down by chopping a clear line through them, as shown in this trailer: