Esports has experienced staggering growth over the past few years, cementing itself as a billion-dollar industry as of 2019. But this rapid increase in popularity and earnings has left some players behind. The Cyberathlete Championship Series (CCS) is attempting to address the imbalance with its recently announced Women’s League for Rainbow Six Siege.

Women have been a part of R6 esports for some time, with Laurie "Lyloun" Lagier coaching Team Vitality since 2017, but it wasn’t until the following year that Lauren “Goddess” Williams became the first woman to compete in the Pro League. Alongside Team Sinister’s "Loona", and former coach of PENTA Sports Jess Bolden, these women have become role models, but the difficulties they’ve faced on their journey continue to prevent others from stepping up.

“Early in 2019 I had encountered multiple instances of women messaging me and thanking me for helping promote women in esports. They noted that they never turn their microphones on due to harassment and as the number of these stories rose, I couldn’t help but notice the pattern”, Bolden, one of the organisers of the new CCS Women's League, tells me. Women have these experiences consistently; you don’t have to look far to see the many recounts of different kinds of threats, including rape, swatting, doxxing and, in some cases, death threats. 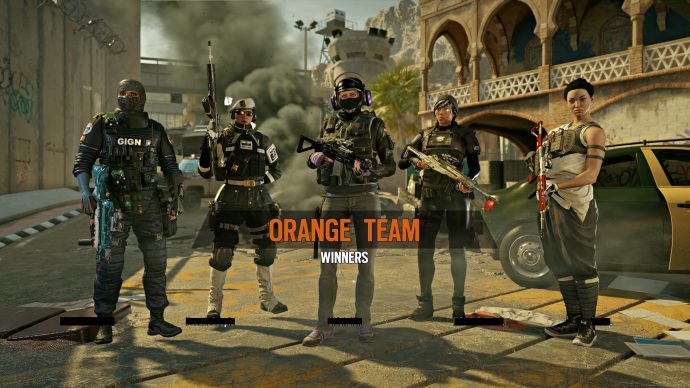 But as well as external threats, institutional sexism grips the esports industry from within. “Some women are trying to do the comp scene as they see Loona and Lauren doing, and teams are refusing to scrim them just based on gender alone,” says CCS Founder Rob Walker. “Not because of them being a tier three or tier two team. Literally just because there's a woman on the team.”

Bolden had to quickly grow thick skin in order to deal with the “barrage of sexist comments on a weekly basis” and overcame the “extra level of scrutiny” by working ridiculous hours just to prove herself. “When I moved into the professional scene, I had certain people say ‘you’re not going to cause trouble on the team because you’re a girl, right? We know how some girls can be’ and ‘what would a Gold 4 like you know?’” says Bolden, who had to face this despite a glowing track record. She says that a lot of people "glamorise" the professional scene and assume it's more respectable, "but I would say some of the worst gossiping and mis-portrayals of my ability and character was done at that level.”

Currently, esports are caught in a paradoxical state of needing more women to play professionally, but having a culture that mistreats women to the extent that they are prevented from playing. Siege is far from alone in this, as most professional esports scenes are beset by the same issues. And like all entrenched problems, it's not likely to disappear overnight, but Bolden’s R6 Women’s League joins Latin America’s Circuito Feminino tournament, Women’s Super League and the LSA Circuit as an important step towards change. 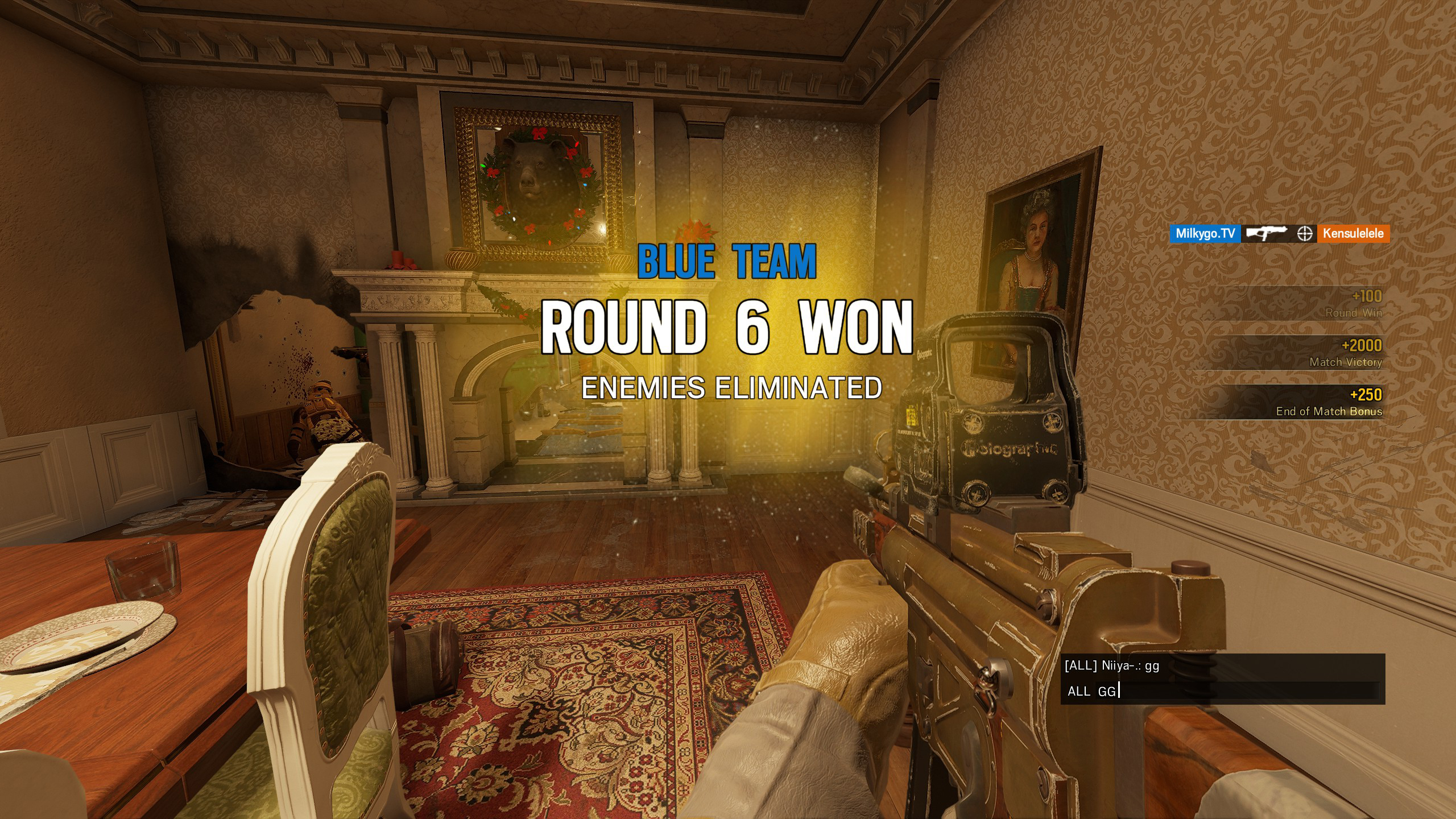 CCS co-owner and league director Chris “TyTangles” Heavin says that they had no idea that the situation had gotten as bad as it had, because it doesn't personally affect men in the same way. He's glad they ended up creating the new league, and says that “Jess was diligent in explaining why she wanted to do it and why it wasn't exclusive but rather inclusive.”

This is a point that some disagree with, believing that R6 Women's League is a kind of segregation of women that is ultimately counterproductive, as the existing leagues are already unisex. But doing nothing at all is much further from an actual solution. As Heavin puts it, the “goal is to have a women's-only league now so hopefully in the future there will never again have to be a women's-only league.”

Ubisoft itself has welcomed the idea, with Rainbow Six Senior Community Developer Craig “ItsEpi” Robinson stating that the company is “very excited about the expansion of the community run CCS League to include a Women's League. We continue to strive for an inclusive and welcoming environment for all players, and I feel that extends to our competitive scene as well." He adds that he's looking forwards to seeing the teams play, and has "admired and appreciated" the work the team has done in building CCS, keeping it both community focused and competitive. To be fair, you'd hardly expect Ubisoft's position to be that both women and CCS are awful. 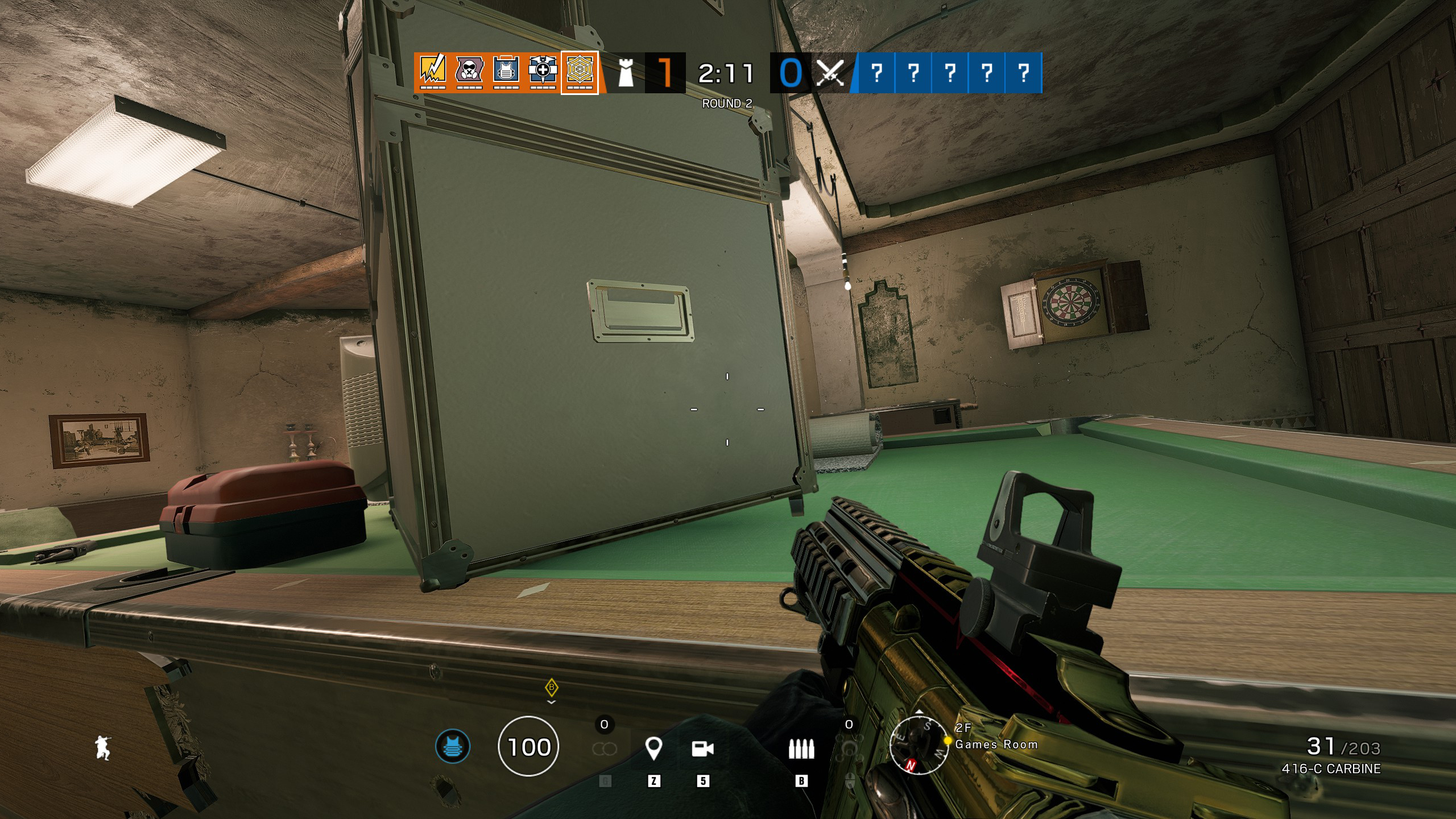 According to Bolden, the Women’s League will act as “another scouting/training ground for Challenger League and Pro Leage” and it is already being celebrated by the community. “I’ve had some teams tell me the league will be a perfect way for them to practice their way up to CL qualifiers and others say that without this little push, they may never have engaged in the R6 competitive scene.”

Since these matches will be broadcast and recorded, there will be archived videos for talent agencies to review which Walker thinks “is only going to lead to signings.” Organisations have already jumped at the chance to be a part of this event, with teams formed by T3H, Team Sinister, PENTA’s Divina Victoria branch, Disrupt Gaming, POWERHAUS, Axios, North Sea Gaming, Titanium Cloud Esports, bTitans and many more still interested. The sheer popularity saw hundreds of signups flood in and spots fill up within a matter of hours, causing the league to expand its original cap of 8 teams to 10 in both Europe and North America. 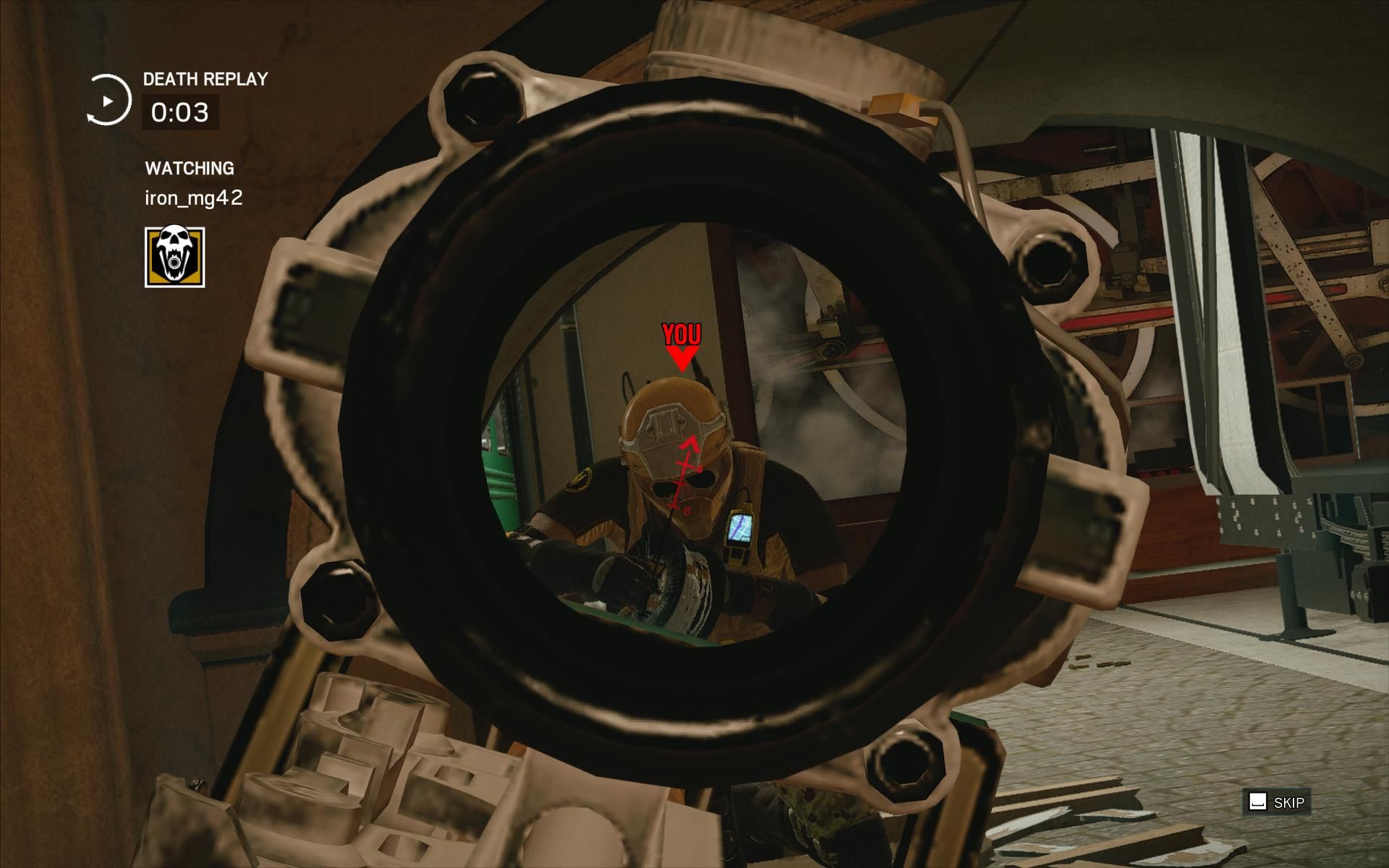 CCS’s R6 Women’s League will debut next week, on the 18th of September, with the schedule yet to be confirmed. Each match will be broadcast on a Wednesday on the CCS Twitch, with recordings uploaded to YouTube shortly after. Heavin will be casting the North American playoffs alongside Samuel “Stoax” Stewart, while the EU will be casted by Bolden and James “Sternab” Parkinson.

Special guests will be making an appearance each week, although these have yet to be revealed. It's possible that these will include experienced members of the Rainbow Six community, as Pro League caster Parker “INTERRO” MacKay has expressed interest in taking part, but it is equally likely that CCS will allow amateur talent to step up to the microphone.

In particular, Heavin has been wanting to bring female casters on board. "Ladies, if there are any of you out there that are interested in casting and don't know how to get started, contact us at CCS, any of the production crew or myself," he asks. "We'll show you where you can start. If you've been doing it in the shadows and I just haven't had a chance to meet you yet, please get in contact because we are looking for that and we invite that.” 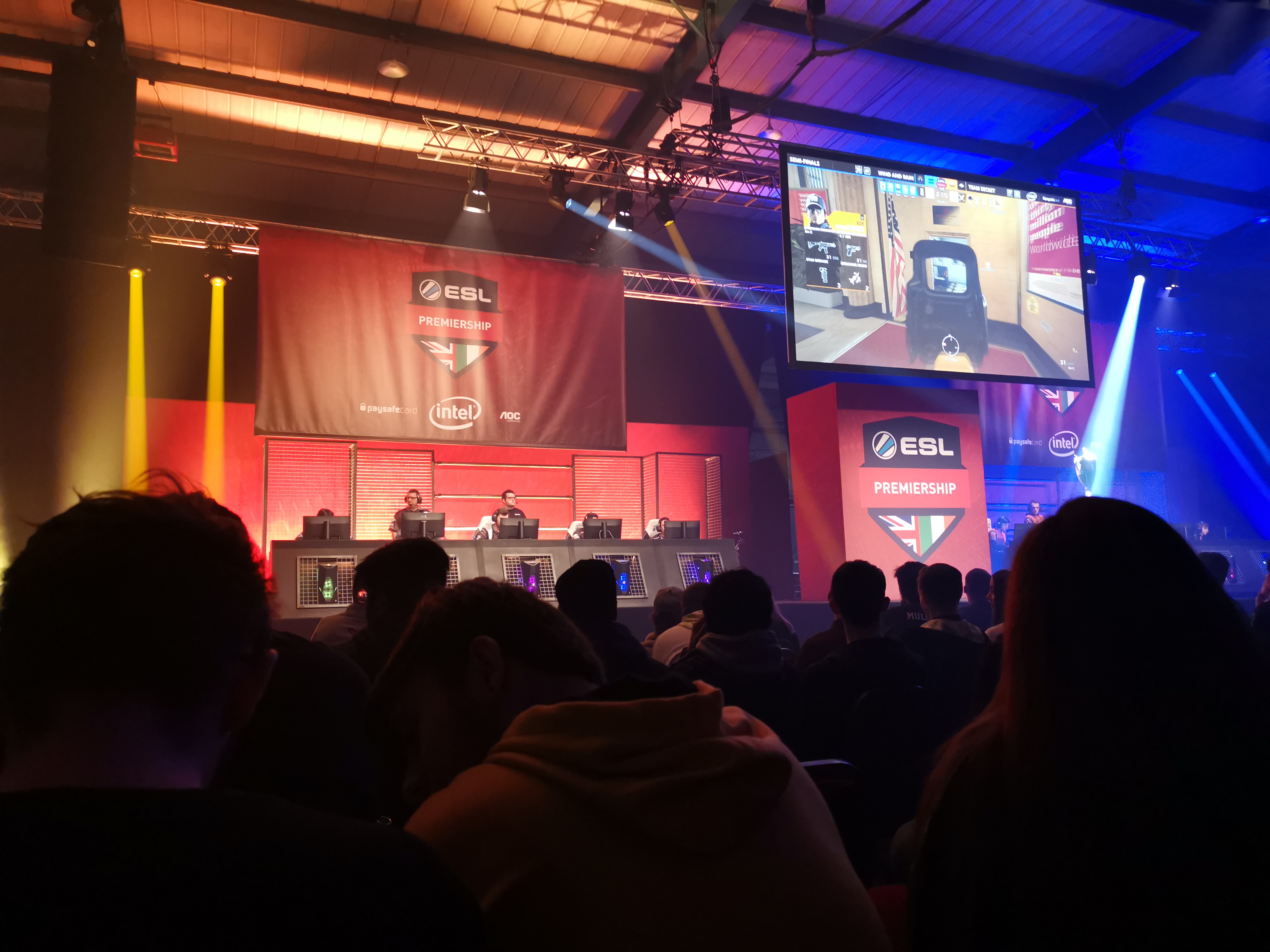 Overall, Walker says that even if the Women's League really bothers you, well, it's not about you. “It's about the video game. It's about our community, that we love. If everybody gets involved in competitive Siege, whether it leads to people coaching, leads to people playing, leads to more tournament organisers, then we all succeed.”

Despite what she's experienced, Bolden sill sees esports as a "really rewarding part of playing the game you love" and can offer inspiring words for up-and-coming women. Bolden has spent years watching the competitive scene grow, and thinks that RB6 especially is only getting bigger -- and needs a bigger competitive pool to keep up. "Everyone starts somewhere, so find a team, or people you enjoy playing with, scrim, play in leagues like Go4 and CCS and then push yourself into higher tiers.”

"It promotes teamwork, leadership, discipline and a whole host of other really rewarding factors. The only thing holding you back is if you do not get involved."