While everyone else was busy adding Nvidia's new RTX graphics chips to their laptops at this year's CES, Dell's been busy with something else entirely for their new flagship Alienware Area-51m laptop. As well as being the first laptop to bear their new Alienware Legend design, it's also the world's first laptop to have a full-blown desktop Intel Core i9-9900K CPU crammed inside it. And to top it all off, it's even upgradeable, too.

Available on January 29th for a rather eye-watering $2549, the Area-51m is Dell's second flagship gaming laptop to feature upgradeable processors and graphics chips. It's not entirely clear what components you'll be able to upgrade them to yet, or indeed how easy it will be to swap them in and out, but hopefully I'll be able to find out soon once review samples are available.

Not that you'll actually need to upgrade it for a while, as Intel's Core i9-9900K processor is by far the fastest consumer desktop processor available today - or at least it will be until AMD releases their even speedier top-end 3rd Gen Ryzen CPU that was demoed at CES earlier this week.

That's a pretty big leap from your top end laptop processor, and should give the Area-51m some serious multi-tasking chops for both gaming and more creative tasks like photo and video editing alike. Throw in 64GB of RAM, Tobii eye-tracking tech and a 17.3in, 1920x1080, 144Hz display with super-thin bezels and this is one seriously fast desktop replacement.

Weirdly, the one thing that's lacking in Dell's specs sheet is what kind of graphics chip they've put in it. I wasn't able to see it in the flesh at CES this week so I'll be following this up with Dell early next week to try and find out, but I think it will probably be an RTX 2080. That's based on the small print in Dell's claim about it being "the world's most powerful laptop", which states it's equipped with the i9-9900K, 64GB of DDR 2666MHz RAM and an 8GB Nvidia RTX graphics chip, but I'll update this with more information once I've got proper confirmation. 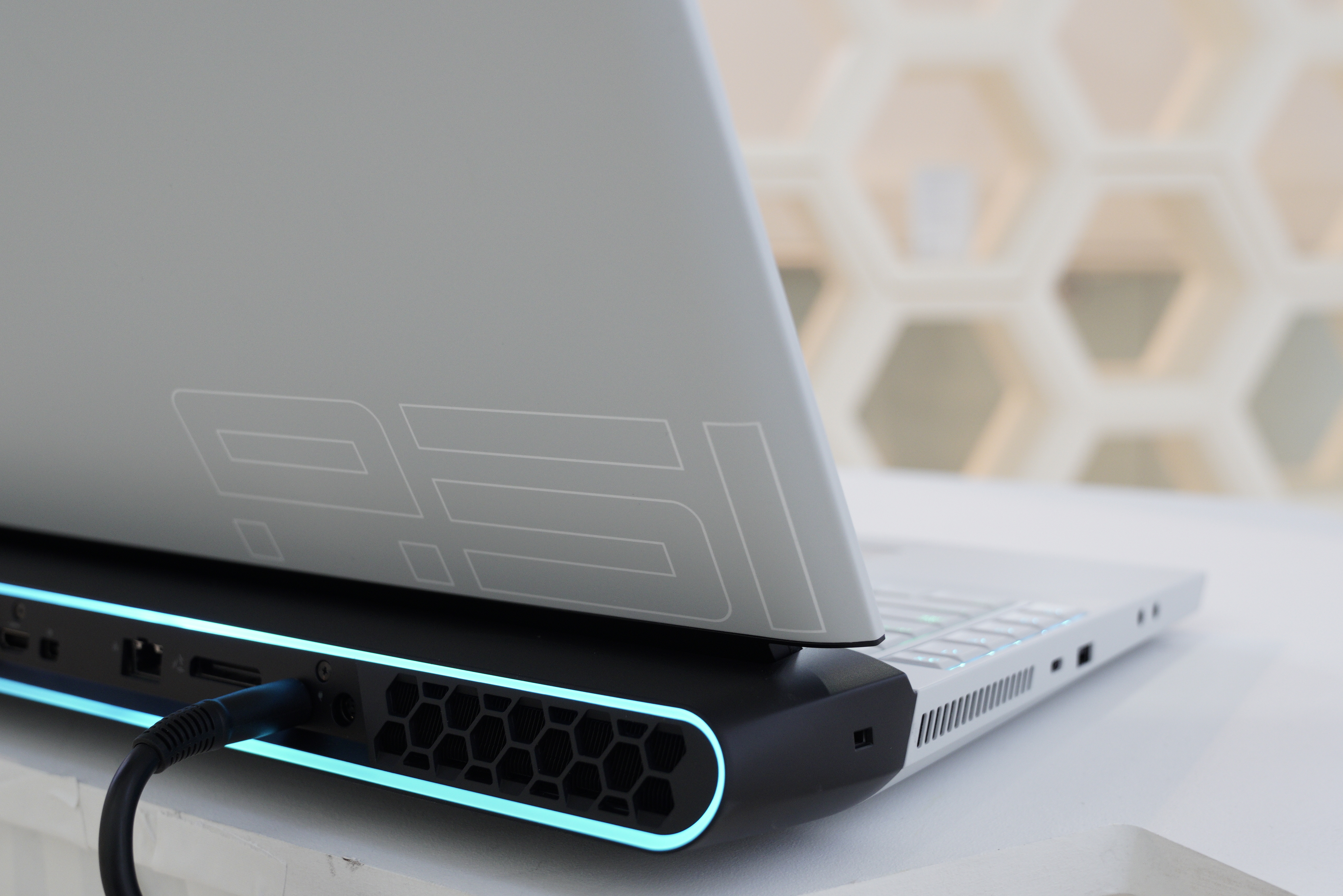 From early pictures, I'd also say I'm quite a fan of their new Legend look. While I'm less certain about the huge A51 logo on the back of the lid (see above), I like the look of its super slim bezels and well-proportioned keyboard, and it doesn't look overly chunky either - at least not in the same way as the Asus ROG Mothership does, anyway.

It's not just the outside that's been redesigned either, as Dell's Legend revamp also extends beneath the surface in the form of a new thermal and cooling system. This has been built specifically with overclocking in mind, but I'll have to wait and see how this fares in practice before passing judgement on it.

Either way, the news of a proper Core i9 laptop is pretty exciting, and could hopefully pave the way for more desktop-based laptops in the future. It might all be a throttling disaster, of course, especially given the problems I had with a standard PC cooler when I tested the Core i9 for myself, but here's hoping Dell's new Legend innards are up to the task of keeping everything nice and chilly.