There have been plenty of new monitor announcements over the course of this week's CES tech jamboree, but none have been more terrifying than MSI's Optix MEG381CQR. This curved 38in ultrawide display is one of several new gaming screens coming from MSI this year, but it will be the first to incorporate Human Machine Interface elements, or HMI for short. It's not entirely clear what benefit the HMI elements will bring to your gaming experience - so far, MSI have only mentioned being able to display real-time system info on the small dedicated LCD display below the main display (something most diagnostics apps do anyway) and using the "exclusive knob design" in the bottom corner of the monitor to optimise your PC.

The thing I'm more concerned about is the fact it looks like a Portal turret in disguise. This is one monitor I do not want to be left alone in a room with.

I mean, look at that thing. It has a laser turret sticking out one side, and an all-seeing camera poking out the top. I jest, of course, but it's unnerving all the same, especially when its stand looks like a helicopter rotor blade that could start spinning and disembowel you at a moment's notice. 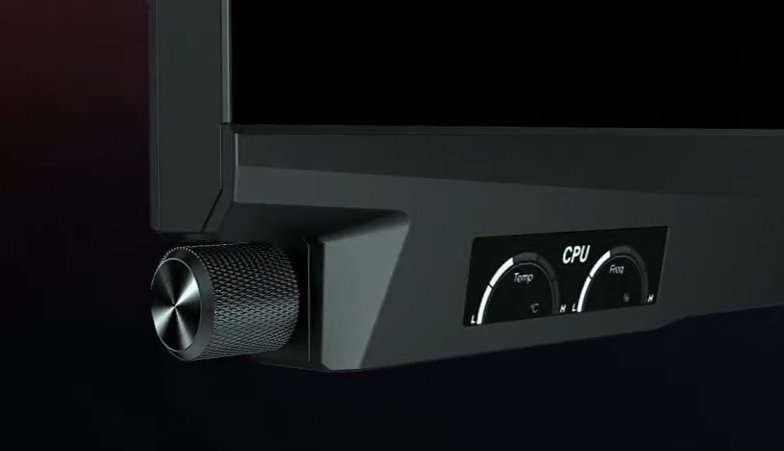 So what are those bits on the top and side actually for? To be honest, I have no idea. MSI made no mention of them in their press release, nor did they acknowledge them in their CES press conference, instead focusing solely on the strange diagnostics knob, which is pictured above. Perhaps the Portal turret brainwashed its host to ignore these blatantly lethal features and carry on without comment. Who can say. Whatever they are, I'm deeply suspicious of them.

In all seriousness, though, the rest of the Optix MEG381CQR's specs are fairly mundane. Its massive 38in ultrawide screen has a 3440x1440 resolution and a 144Hz refresh rate, and its IPS panel has a light curve to it, with a curvature radius of just 2300R. It also supports VESA's DisplayHDR 600 standard, so it should offer a decent HDR experience as well as excellent colour accuracy. After all, unlike VESA's DisplayHDR 400 standard which doesn't require any kind of minimum DCI-P3 colour gamut coverage, the 600 spec requires a display to hit at least 90% of this HDR-grade gamut, so its colour accuracy should be pretty top notch.

The RGB LEDs along the bottom, meanwhile, support Steelseries' GameSense, much like MSI's existing Optix MPG27CQ monitor, so go and have a read of that review to read more about it. In short, you can either use them to sync up your lighting schemes with other Steelseries peripherals you might own, or use them to display certain bits of info in supported games, such as your health bar in CS:GO, for example.

Thankfully, MSI's other new monitors are considerably less frightening. The most interesting one is the Optix MAG342CQR (pictured below), which is the world's first 1000R curved gaming monitor. This has a much more pronounced curve than its 38in MEG cousin, and 1000R is apparently the same curvature radius as a human eyeball. 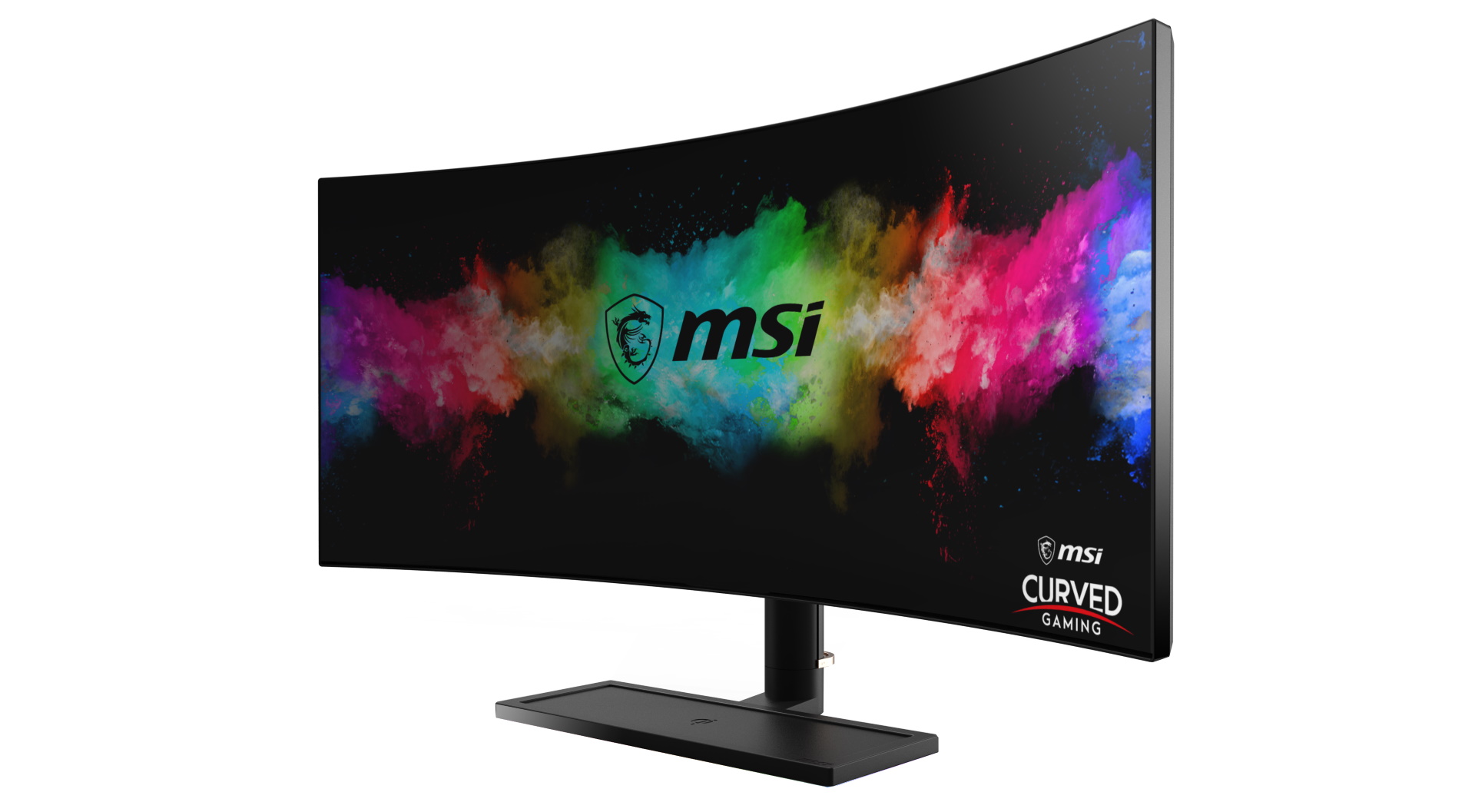 This should make the curve feel like less of a strain on your eyes, according to MSI, so you can carry on playing games for longer. Personally, I've never found a curved monitor to be a 'strain' on my eyes when playing games, but I'm not going to argue with the makers of the HMI death machine up there.

As for the MAG342CQR's other specs, it's another 3440x1440 display, albeit in a smaller 34in panel. This one only supports VESA's DisplayHDR 400 spec, sadly, but given MSI's previous track record with good-looking displays, I'd imagine its overall colour accuracy will still be pretty top notch.

There's no word yet on when either display will come out, or how much they will cost, but provided I don't get burnt to a crisp by the MEG381CQR's laser turret in the meantime, I'll let you know as soon as possible.