It seems that City Of Heroes still lives, albeit unofficially, but some have taken umbrage at the dead-and-returned superhero MMORPG adopting a secret identity to hide from NCsoft's lawyers. As reported by Massively Overpowered, outspoken fans of the game have been quietly invited to a secret, free fan-run version of the game for years now. The server is run by a shadowy circle of coders called SCORE - the Secret Cabal Of Reverse Engineers - and has been a well-kept secret. Until now, that is, as one player turned rogue and blew the lid off the story on YouTube.

Fitting the superheroic drama of it all, the player who revealed the existence of the SCORE server goes by the name "Destroyer Stroyer", which is a bit more interesting than his real name, Brian. In his video below, he makes a wide variety of accusations, including that the SCORE team secretly run the City Of Heroes Reddit page, and were using their position to maintain the secret. More seriously, he accuses the SCORE server of having a secret database of personal player info - part of a code dump from former Paragon Studios developers. SCORE firmly deny all those claims.

Leandro Pardini, a member of the SCORE team (with a far more comic-worthy name) got in touch with Massively OP and provided a full statement, rebutting some accusations in the video, and explaining why they've opted to run in secret so long. You can see the full text of it here, but the adbridged version is that NCsoft hit a Tabula Rasa emulator (a much less demanded game that shut down in 2007) with a cease-and-desist order in 2011. There are other City Of Heroes emulators in production, but none have come close to what the SCORE crew have achieved, and they reason that they may be at risk if they continue much further.

SCORE do confirm that they've had some minor assistance from former members of Paragon Studios, City Of Heroes's developer, but they've not been as involved in the project as the video alleges. They also strenuously deny Destroyer Stroyer's claim that a database of player information (including payment details for the original game) had been leaked. SCORE plan on maintaining their NDA and cloak of secrecy until they're sure the coast is clear. Considering that NCsoft recently used the license for now-defunct MOBA Master x Master, that may be a while. 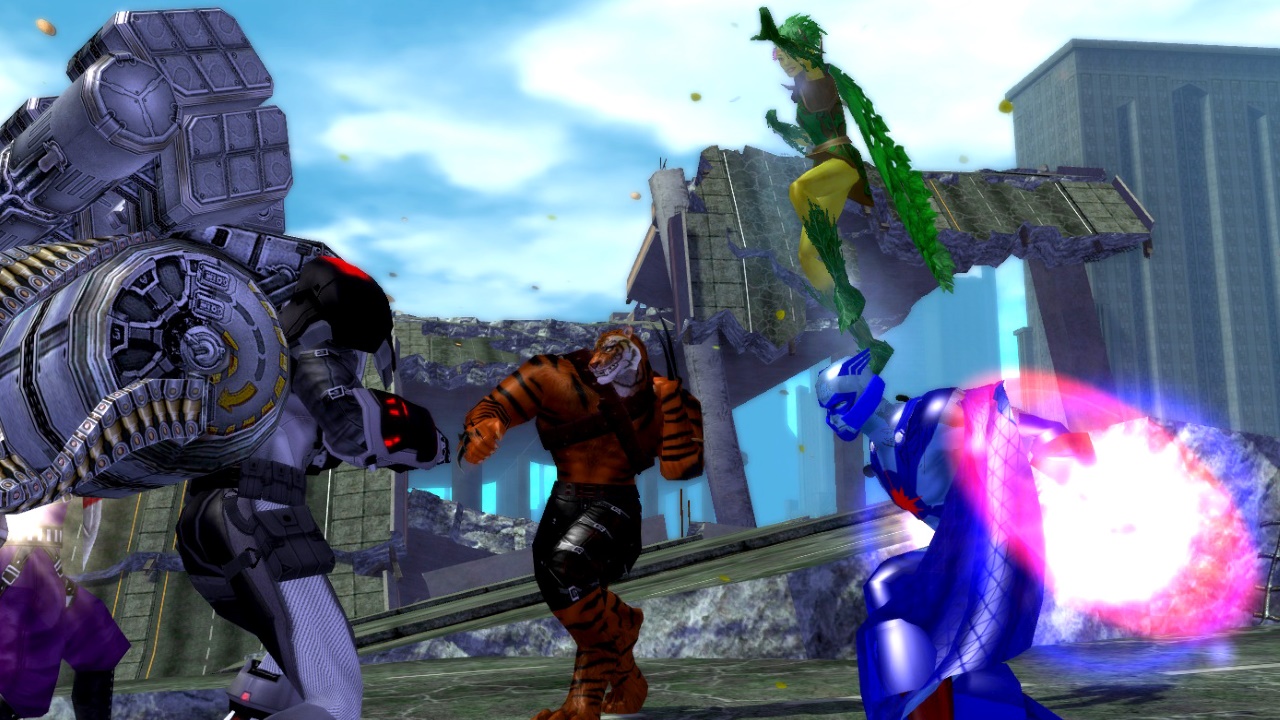 As for what happens now? I've got my fingers crossed that NCsoft collectively shrug and get on with their day, providing the opportunity for the SCORE server and code to go public. Of course, there's every chance they'll take the chance to rain fire and brimstone down on fan-run versions of the game now, as is their legal right. Wouldn't make it any less villainous, though. I admit, I'd love to play City Of Heroes again, even if I'm sure it'd feel dated compared to modern MMORPGs, but I can understand why this project has been kept secret; the only good lawyer is She-Hulk.