If you click on a link and make a purchase we may receive a small commission. Read our editorial policy.
Premature Evaluation is the weekly column in which Steve Hogarty explores the wilds of early access. This week, he's taking to the skies in the artlessly resurrected corpse of the Comanche series.

The latest in a long list of topics I have hurled myself into these past two weeks in the naive hope of distracting my anxiety for even just a few minutes, helicopters are all I’m choosing to think about right now. Wow, how do they work? The world is coming to an end. They’re such an exciting way to get around! Hovering celebrity death traps. I love the way they make grass flutter about playfully when they fly low. Rotor blades churn the debris on a deserted main street, sending an Aldi bag-for-life skating across the damp tarmac as the red machine rises towards an iron sky. “Remain indoors,” blares the public address system. I clutch my 48-pack of Charmin closer to my chest and disperse. Ah yes, it’s helicopters.

For a strange while there in the late 1990s, every third game was about piloting a military helicopter to protect America’s oil interests abroad. Novalogic’s Comanche series was one of the most notable of these, employing advanced voxel technology to render foreign landscapes in what was, for the time, mind-smearing fidelity. In an era when most games were set inside a dense yellow fog, Comanche could draw rolling mountainscapes peeling off to a distant horizon, and vast deserts littered with oases and little army bases to blow up. This all took place at three frames per second and without the use of polygons, which were momentarily falling out of fashion as they went through their awkward Discman phase: large, cumbersome, prone to errors and impractical to try to use several hundred of them at the same time. 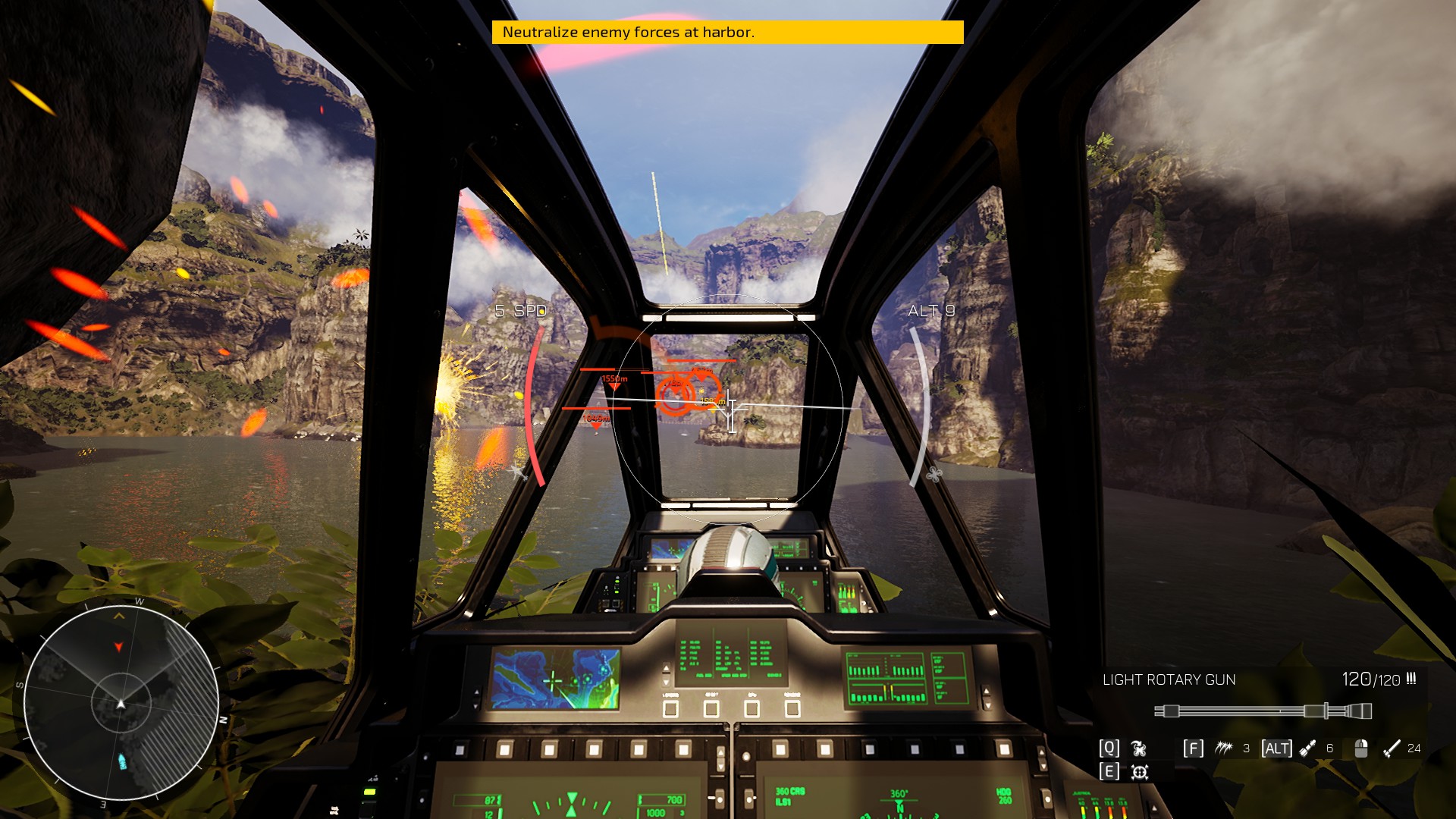 Of course, since then polygons have hit the gym, made their comeback and the phrase “draw distance” hasn’t been uttered in decades. Triangles are capable of rendering any shape the human mind could feasibly comprehend, while voxels have gone down in the history books as the Sony Betamax of rendering techniques. So what would an early access version of a freshly rebooted Comanche have to offer nostalgia-hungry helicopter enthusiasts, now that we want for nothing? What pioneering new technology could be used to conjure the very essence of a helicopter, in a way that makes competing choppers look like total garbage? Raytracing? Virtual reality? Perhaps a particularly evocative cockpit smell that wafts out of your keyboard, sending you into a kind of helicopter-based reverie?

None of the above, unfortunately. In what feels like a betrayal of its proud, voxelated ancestry, Comanche runs on plain old Unreal Engine and bungs a fleet of futuristic looking helicopters into a team-based, objective-led multiplayer arena, in which you and some other pilots must either attack or defend some important buildings on the ground using your assorted guns and missiles. It looks fine, if utterly unambitious in its off-the-shelf aesthetic, resembling a scene from one of those old 3D benchmarking demos, or a free game you’d find as a prize in a box of cereal. 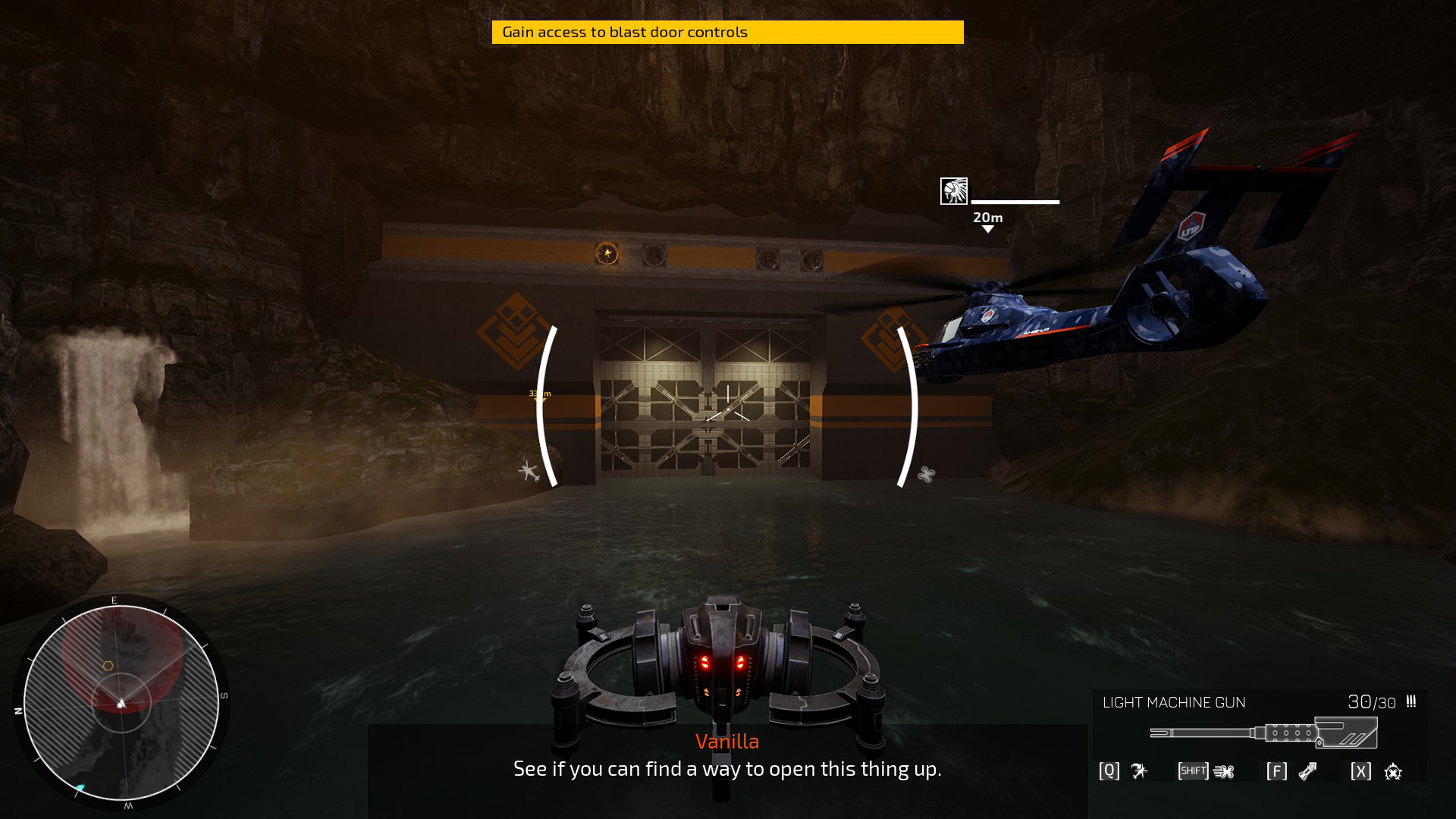 The two arenas, a generic jungle island and a snowy military base, are bordered on all sides by sheer cliffs that are somehow too high for you – piloting your trillion dollar gunship, the most advanced military weapon ever devised – to fly over. Set the controls to simulator-level difficulty and your helicopter careens drunkenly about the sky like a fat bee, smashing into nearby rocks and repeatedly plunging beneath the waves as your fingers helplessly contort themselves around analogue sticks.

Dial things down to arcade mode and things become way easier to handle, though no matter which control setup you use your gunship still feels frustratingly lethargic, and mopes around in the air like it’s just been told off. Helicopters are notoriously hard to control, but this new Comanche makes few in-roads in simulating their eccentricities in a way that’s even marginally fun, which is alarming for a game that’s all about helicopters. 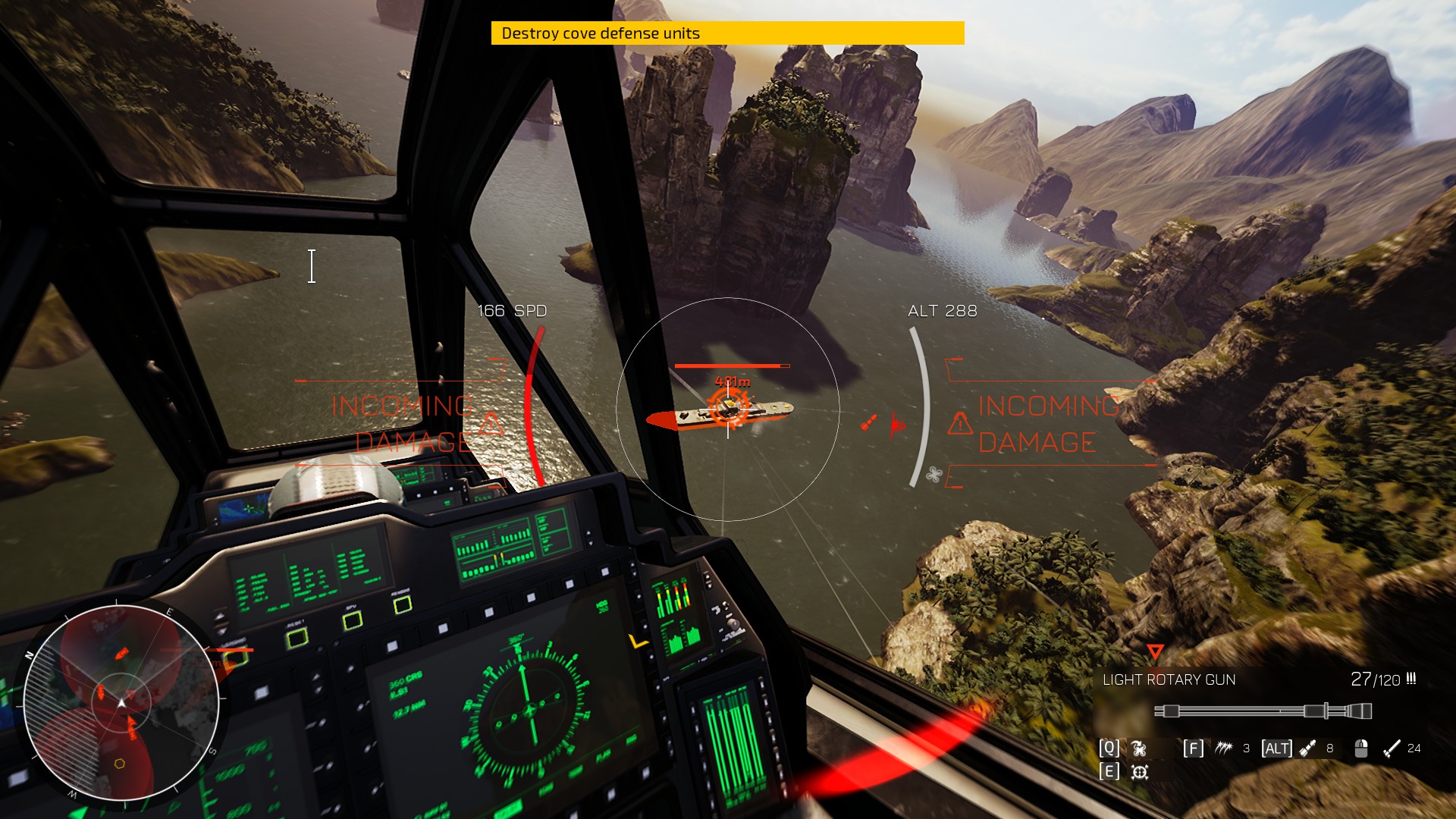 Combat is a matter of pointing one of your two crosshairs over an enemy to either strafe them with machine gun fire or pepper them with dumb missiles, or waiting for the reticule to fill up before you let loose a heat-seeking jobbie. At all times it feels like Comanche is consciously trying to avoid surprising the player with something they haven’t seen before, as though experiencing something new and unexpected might cause their fragile heart to stop.

More interesting to me is the game’s nascent single player campaign, which feels so much like you’ve stepped through a time portal to 1997 that you’ll feel an impulse to buy shares in Amazon and warn somebody about 9/11. In the one available scenario, you play a rookie pilot in a near future global conflict, tasked with escorting a friendly boat around a Jurassic Park style island occupied by some faceless enemy forces. 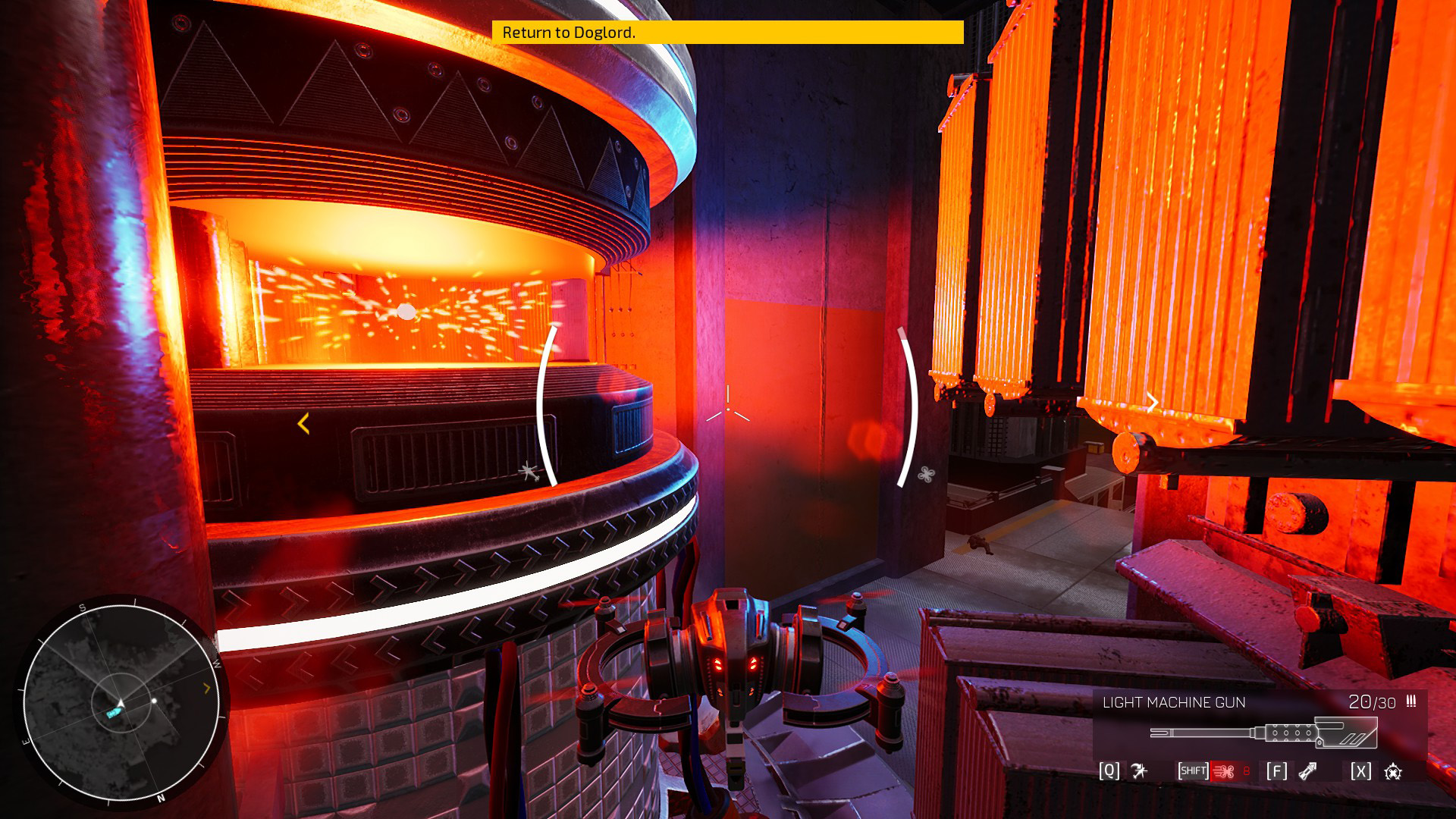 The game’s stand-out feature – which I’ve saved to the very end, as a treat – is that at any time your big helicopter can give birth to a much smaller helicopter, which can be used to infiltrate buildings, usually via a conveniently broken air vent or an open window (to quote Knightboat: The Crime Solving Boat, “every week there’s a canal, or an inlet, or a fjord”). These interior sections have you gunning down static human soldiers while searching for glowing red terminals to hack, opening up doors back outside so that your parent helicopter can progress through the level. This is, to put it bluntly, the opposite of having fun.

In these moments, when you’re a remote controlled drone clattering around inside featureless grey corridors in search of a big switch, Comanche couldn’t feel further from the bleeding edge spectacle and promise of its great grandfather’s vast voxel landscapes. Helicopters deserve better than this.