After the best gaming mouse-grade delights of Roccat's Kain 120 earlier this week, Corsair's new ambidextrous M55 RGB Pro had a pretty tough job on its hands. Sure, the Corsair's more appealing for the lefties out there, but boy do I miss the soft, smooth texture of Roccat's Kain. Instead, the M55 RGB Pro has a hard, almost rough plastic finish outside of its rubbery side grips, and it makes me long for the moment when I can swap it back out for the Kain again.

The M55 RGB Pro is, admittedly a lot cheaper than the Kain, coming in £45 / $55 as opposed to £63 / $70, but it wasn't just the finish I found problematic, either. According to Corsair, the M55 RGB Pro is 'a mouse for all grips', so it should theoretically suit all types of player regardless of whether you prefer an all-encompassing palm grip, a slightly more laidback fingertip grip, or a hunched over claw grip. Personally, I felt the mouse was just a fraction too small for a full-on palm grip, so I ended up using a fingertip grip for most of my testing period - and if my tiddly fingers were too teensy for a palm grip, I suspect yours will be, too.

The problem with adopting a fingertip grip, though, is that it makes the M55 RGB Pro's two programmable side buttons feel too far away. I could just about reach the one closest to me with my thumb, but I had to stretch to reach the one in front, causing me to shift my entire hand round to the side. That's not ideal when you're in the middle of playing a game, although it may just be a result of my apparently awkwardly-sized hand. Whatever the problem is, though, it constantly felt like there was something off about the M55 RGB Pro's proportions. 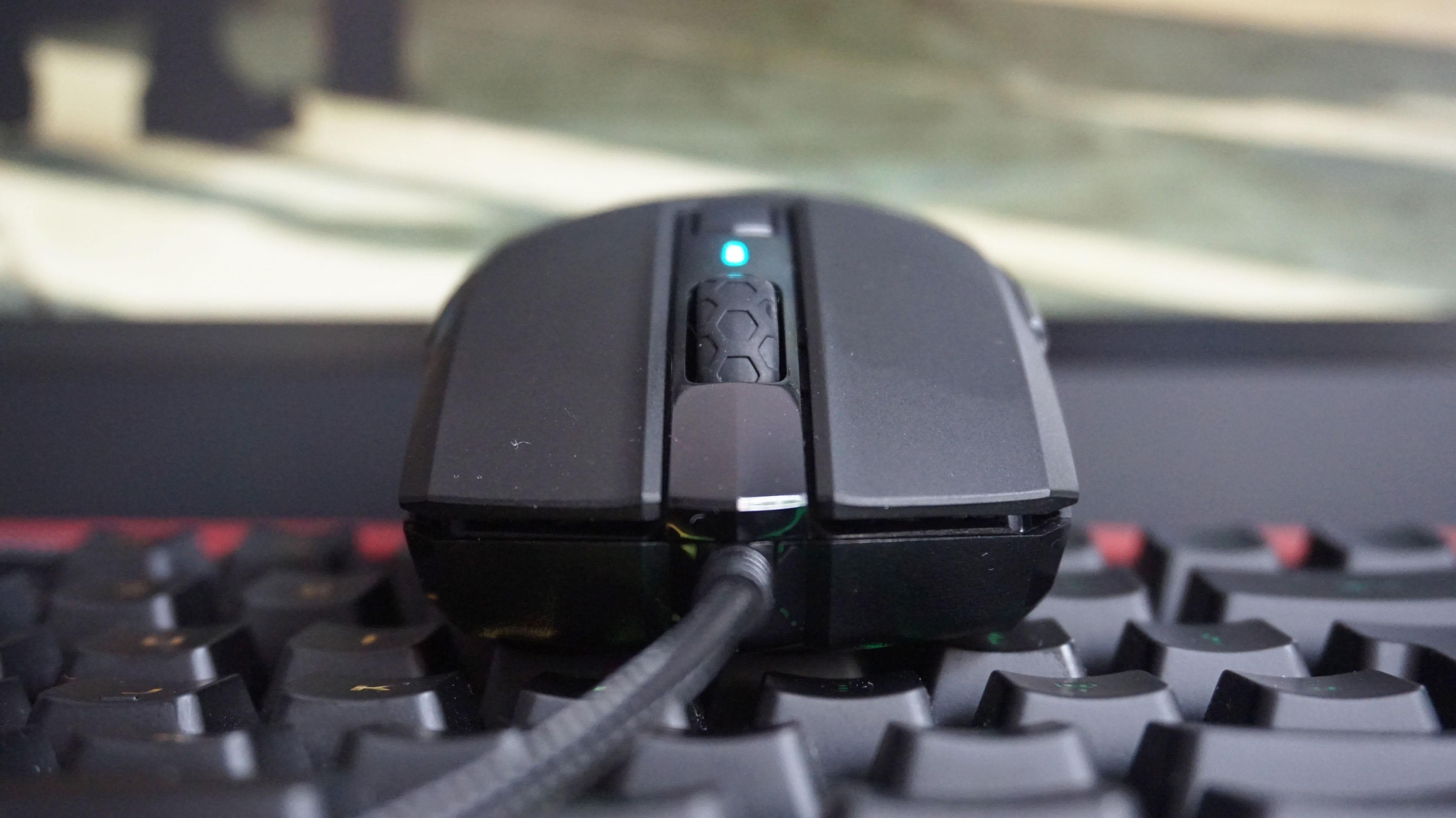 There are also two side buttons on the right-hand side of the mouse for the lefties among us, but they're disabled by default. To enable them, you'll either have to download Corsair's iCue software to switch over to left-handed mode, or press and hold down the mouse's two left buttons for five seconds and let go of them, says Corsair's instruction manual, but I was never able to get it to work properly.

Admittedly, downloading iCue is hardly much of a faff, as you're going to need it anyway if you want to fiddle about with the M55 RGB Pro's RGB lighting, adjust its five DPI / sensitivity settings or reprogram its eight customisable buttons. I must admit, that's a pretty generous set of options for a £45 / $55 mouse, especially compared to the similarly-priced (and equally ambidextrous) Steelseries Sensei 310, which only lets you pick between two different DPI speeds. 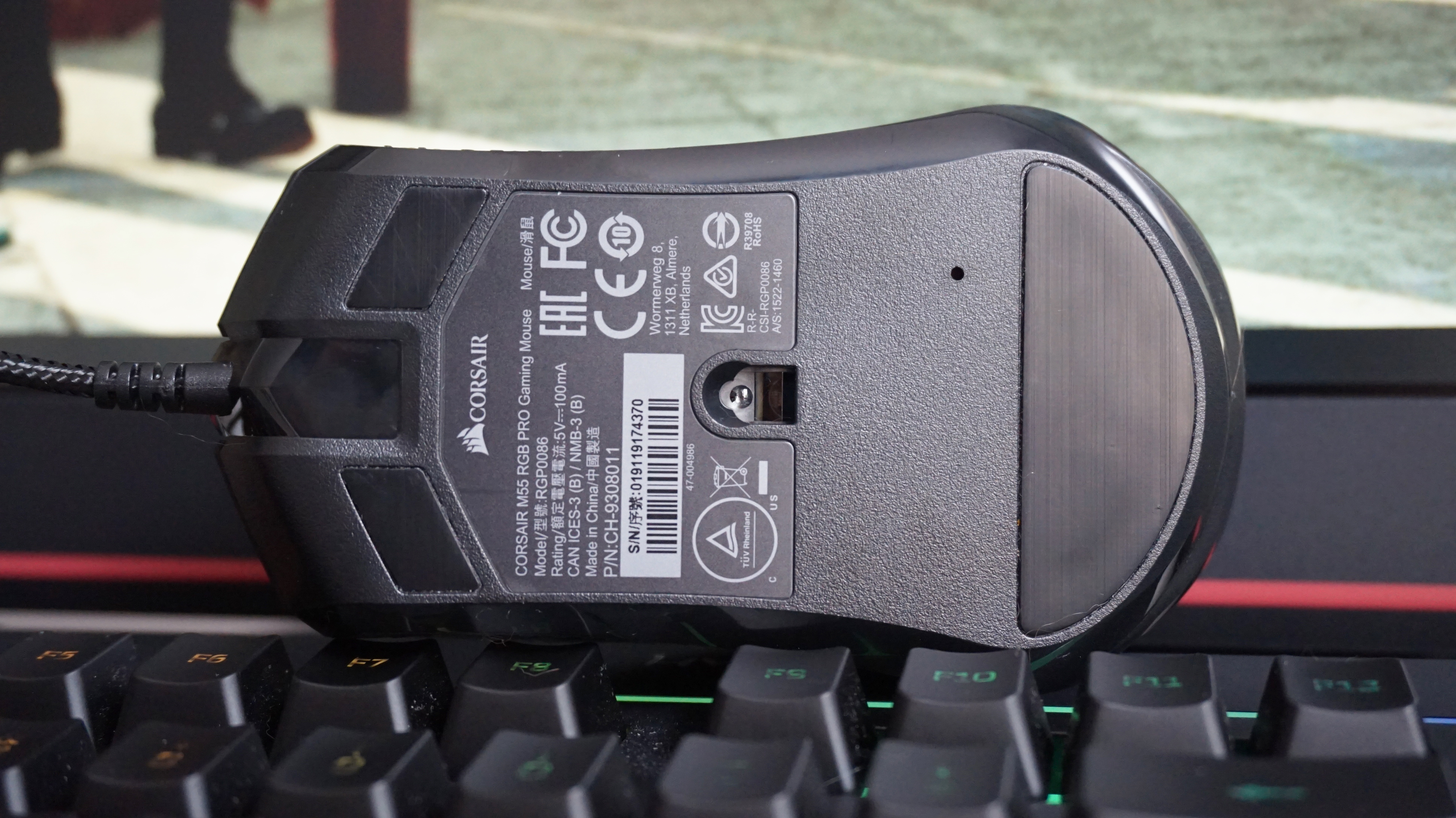 The M55 RGB Pro also has an ever so slightly wider DPI range than the Sensei as well, starting at a dead-slow 200 DPI and maxing out at 12,400 DPI. Adjustable in increments of 100, there are plenty of options here to find the right speed here, especially if you plan on making use of the M55 RGB Pro's five available profile settings.

You also have the option to turn one of the side buttons into a dedicated 'sniper' button, too, which will slow down the mouse's DPI for as long as you press it to help line up headshots and the like in FPS games. You'll have to go looking for it in iCue's Actions tab, but it is there. 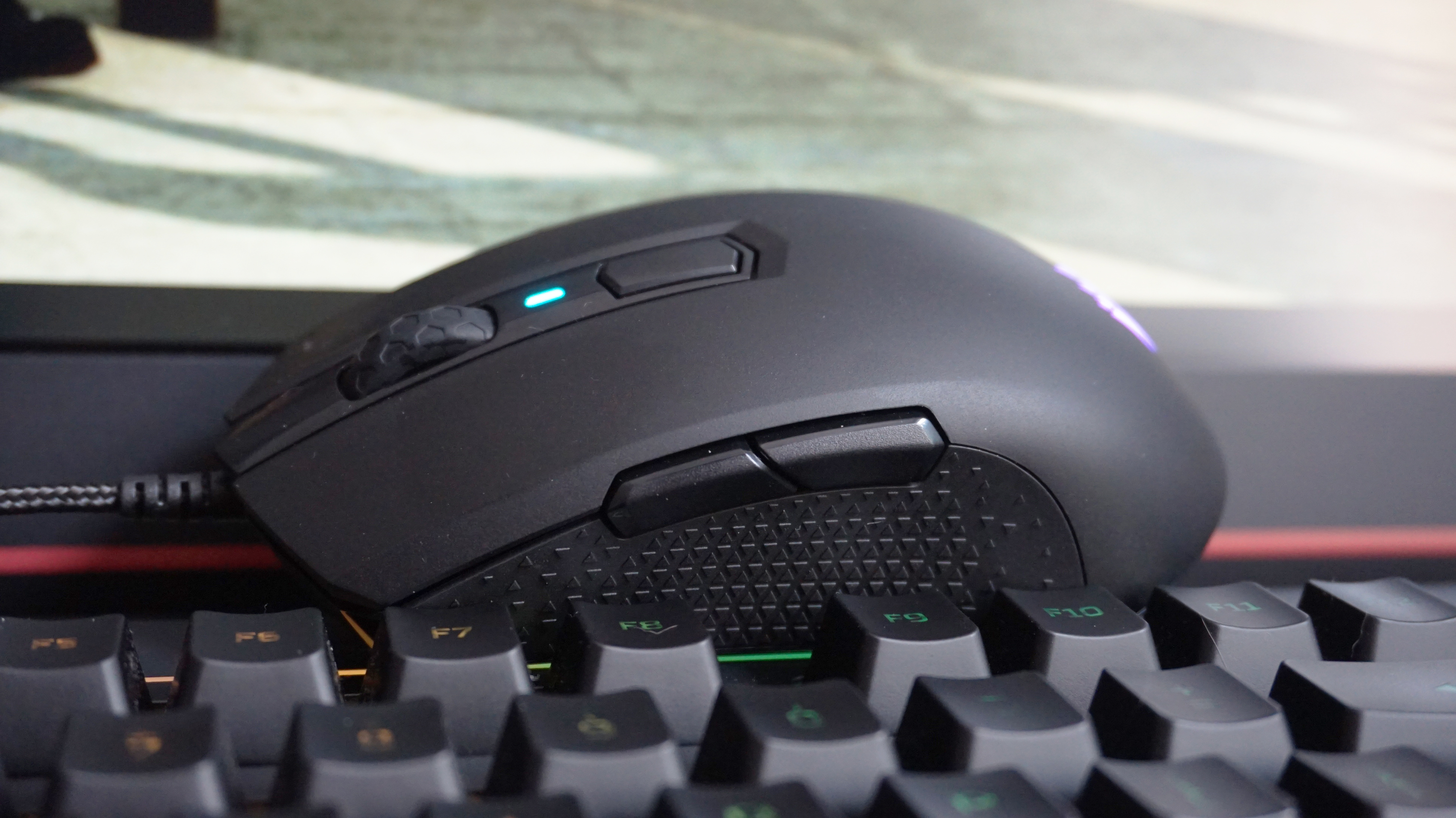 Speaking of mouse functions, the M55 RGB Pro offers plenty of customisation options here, too. As well as remapping ordinary mouse functions, you can record and assign your own macro keys with them, turn them into media controls, launch applications from them, use them to switch profiles, or remap everything from keyboard buttons and number and symbols keys to OS shortcuts - which is once again a lot more flexible than Steelseries' Sensei 310.

I should also note that, as much as I'm not a huge fan of the M55 RGB Pro's size or finish, its right and left click buttons are definitely up there with Roccat's Kain 120. Firm, precise and not too loose, these Omron switches were a pleasure to use in games and general desktop duties, and the mouse's super light weight of just 86g was another point in its favour. 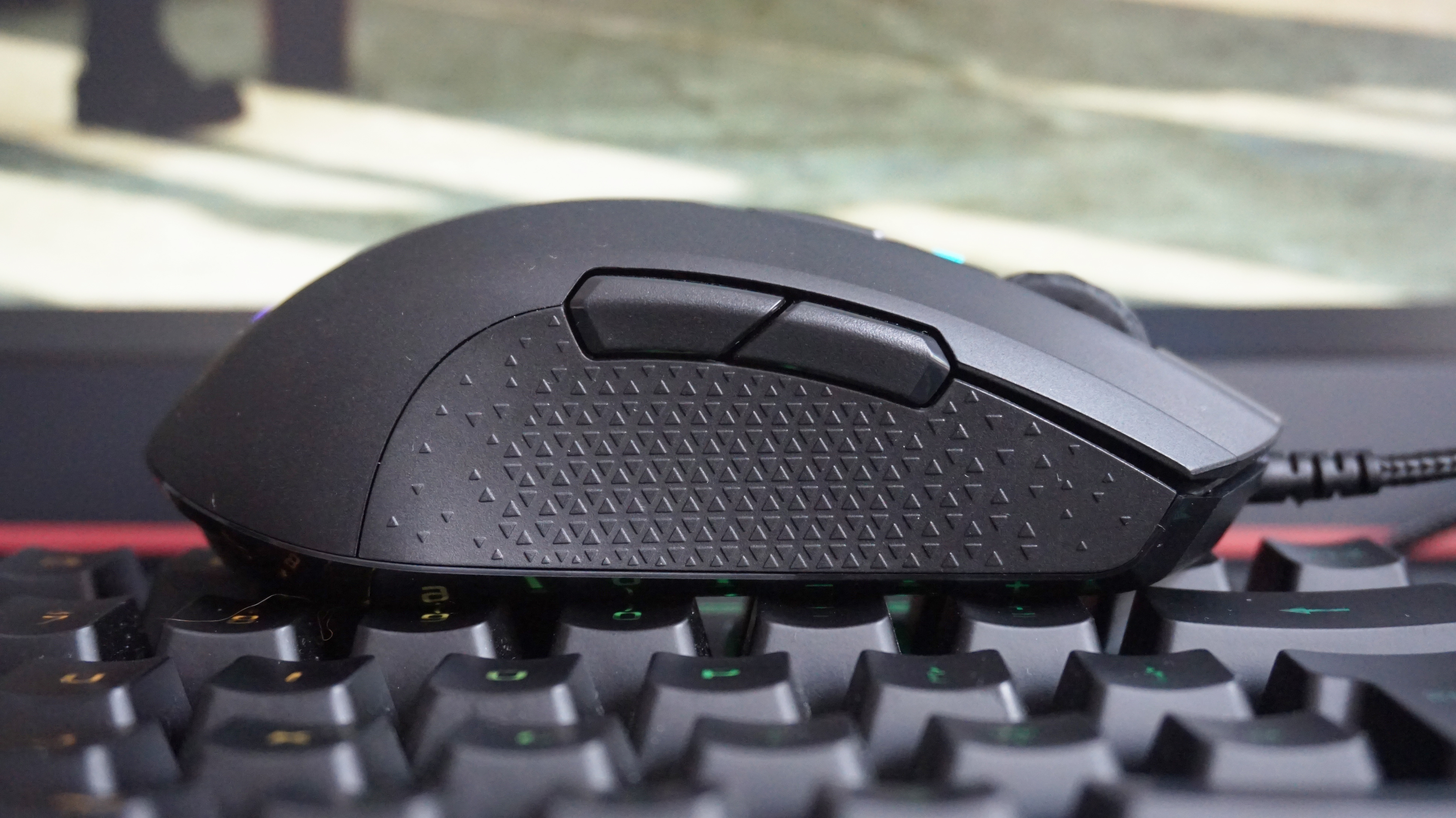 Compared to other ambidextrous gaming mice in this kind of price range, though? I think I'd probably go with the eminently more comfortable Steelseries Sensei 310, if I'm honest, even if you don't get quite as many DPI options with it. It's a better fit for my hand, for starters, and I much prefer the Sensei's softer side grips to the hard, knobbly surface of the Corsair. The M55 RGB Pro is probably still a decent shout if you really want those extra speed settings, but those after a more comfortable ambidextrous gaming mouse will almost certainly be better off with the Sensei 310.