Esports smee-sports. Whatever it says on the box about the Steelseries Sensei 310 being "engineered" for your favourite arena-based festivities, you should know this ambidextrous mouse is still a great point and clicker in its own right. Whether you're indeed planning to use it for a spot of Plunkbat chicken dinner-ing, or frantically buying ten thousand copies of Yakuza 0 on Steam for everyone because you're the world's bestest best good samaritan, the Sensei 310 makes a fine companion for all of your preferred mouse activities, lefties and righties alike.

Essentially a symmetrical version of Steelseries' Rival 310 - our current best gaming mouse winner for mid-range mouse buyers - the Sensei 310 is pretty much identical to its Rival-based sibling in terms of specs save for an extra pair of programmable buttons on the right for those aforementioned individuals of the left-handed persuasion - or, you know, any right-handed folk with particularly acrobatic little fingers.

That gives you eight buttons in total (or ten, if you count the scroll up and scroll down functions that can also be customised along with everything else in Steelseries' Engine software - more on that in a sec), and all are mostly within easy reach of your respective fingers and thumbs.

I say mostly, because there is, admittedly, a dash of truth to the 'esports' marketing line. For instance, I normally adopt what the internet hivemind calls a 'palm grip', where my entire hand flops across my mouse like a lazy digit potato. With the Sensei 310, however, I found I often had to move my hand back slightly into more of a 'fingertip grip' (where there's a small gap between your palm and the rear of the mouse) because the way it's shaped up top didn't play nicely with those little knobbly bits at the top of my palm underneath my fingers. 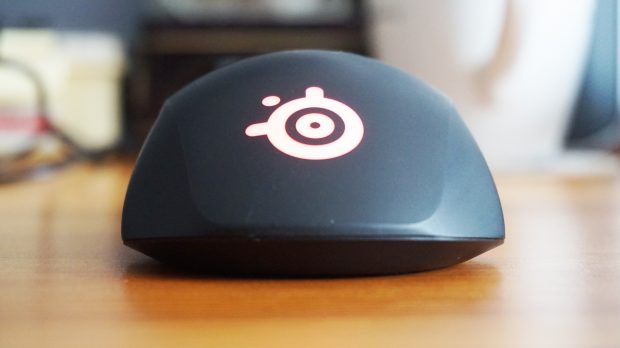 Indeed, Steelseries themselves say the Sensei 310 is best suited to those who favour either a fingertip grip or the classic competitive stance known as the 'claw grip', where your palm does rest on the back but your fingers are arched rather than flat, and I'm inclined to agree. I'm not a big fan of the claw grip myself, as my weary old bones find it too tiring to sustain for any given length of time, but it was the only way I was able to comfortably reach both side buttons with my thumb. Back in fingertip grip mode, the farthest one was just out of reach, requiring either a hazardous bit of stretching or a full-blown grip adjustment.

This didn't bother me in everyday use, as my thumb and little finger infinitely prefer hanging out next to the Sensei 310's nice silicone side grips. If you're the sort of person who likes to have full command of their mouse buttons at all times, however, then you're either going to need very long fingers, or settle for using a claw grip. This might not be to everyone's tastes, all told, but at least Steelseries offer up plenty of customisation options for the buttons you can reach.

You've got your traditional mouse buttons activated by default, naturally, but you can also choose from keyboard and media buttons, macro keys you've recorded, or use them to launch applications, Steelseries Engine apps or particular mouse configurations you've downloaded from Steelseries-partnered esportsers. 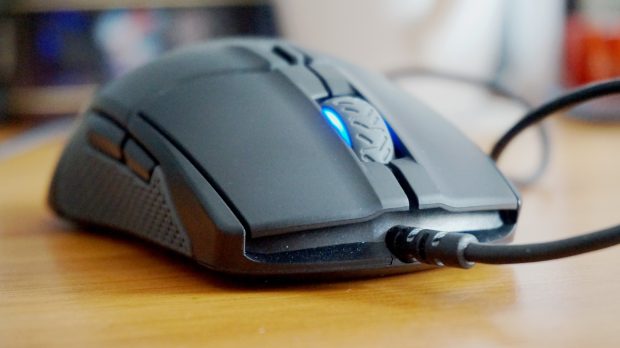 Last but not least, you can also program them to initiate OS shortcuts like copy and pasting or screencapping a window to your desktop's clipboard, or even opening things like the Task Manager, Run Dialog box or Windows Explorer.

In a way, it's a shame Steelseries don't offer the same number of options when it comes to the Sensei 310's DPI (or sensitivity) settings. Again, this is in keeping with Steelseries' other mice such as the Rival 110 and Rival 600, but it's nevertheless a little bit sigh-inducing that you only get two different speeds to choose from here, ranging between 100 DPI and 12000 DPI, as opposed to three, four or even five speeds sometimes offered by other gaming mice.

Still, this isn't really much of a complaint from me personally, as I rarely use more than one DPI setting when I play games, let alone half a dozen. True esportsers, however, may feel differently. 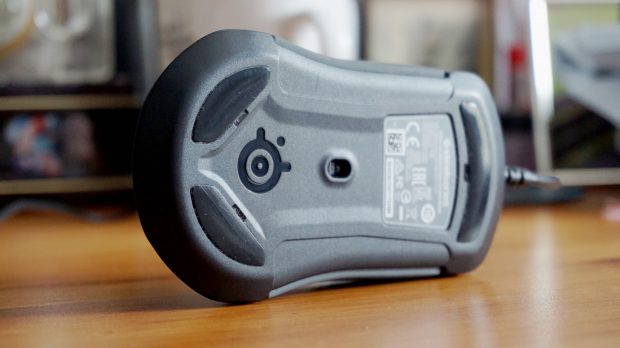 Engine also lets you adjust the Sensei 310's acceleration and deceleration speeds depending on how quickly you like to move your hand across the screen, as well as the polling rate (how often your PC communicates with your mouse). By default, the polling rate is set to 1000Hz, which will send data to your PC every millisecond, but you can also drop it down as low as 125Hz, lengthening that time to a positively monstrous and definitely not esports-friendly 8ms if you prefer.

You'll no doubt have noticed the Sensei 310 has a splash of RGB lighting as well, which - you guessed it - can also be changed (or turned off completely) via Engine. It's a little fiddly to configure compared to other RGB lighting systems I've used in the past, but at least most of it's pretty tasteful and/or hidden by your hand most of the time so it's not too distracting.

All in all, the Steelseries Sensei 310 may have a few leanings towards the more competitive edge of the gaming mouse spectrum, such as its onboard processor for storing all your settings, button maps and lighting effects (so you don't have to faff around setting it up at all those hot LAN events you regularly attend, natch), but if it was truly 'engineered' for 'the esports', then I would have expected a few more DPI options, if not a dedicated DPI button nearer your thumb in the vein of the Asus ROG Gladius II or the upcoming HP Omen 400. 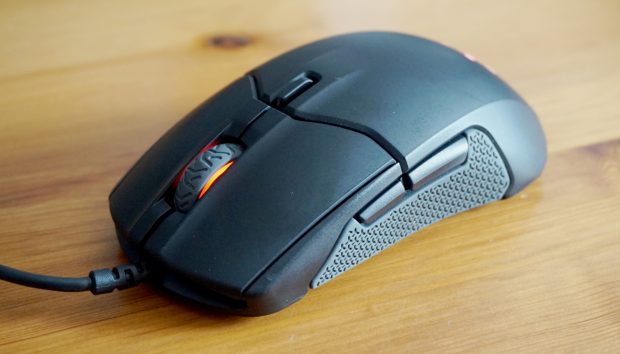 Really, the Sensei 310 is just a very capable, well-made mouse that can turn its hand to almost anything you require. At 92g, it's just about the right weight regardless of whether you're playing games or using it for a bit of desktop work, and its reinforced plastic shell, silicone grips and Omron mechanical switches help justify the price jump up to £50 / $54 over Steelseries' entry-level £35 / $30 Rival 110 - although it should be noted the Rival 110 is still very much a right-handed mouse despite it's nearly-but-not-quite symmetrical design.

Still, out of the other ambidextrous mice I've tested, I much prefer the Sensei 310 to the decidedly gamery Asus ROG Pugio, and you even get to save a few pennies in the process, too. You do get a bit more for your money with the £56 / $76 Pugio, including extra Omron switches and swappable side plates for the buttons you're not using, but if I had to pick between the two, the Sensei 310 would definitely be my ambidextrous mouse of choice.