Freestyle skating and global politics have a lot in common: when you pull off big tricks you feel like king of the world, but muff it and and you can crash hard. It's only natural, then, that Crusader Kings 3 and Tony Hawk's Pro Skater 1 + 2 come together in a new CK3 mod, 'Tony Hawk's Pro Crusaders 1 + 2'. In a most radical rewriting of history, it lets your rulers also be skaters and hit the park as hard as the royal court - but will you sk8 or die?

The mod's creator explains: "My friend Gary couldn't decide whether to play Tony Hawk or Crusader Kings 3, so I made this mod to help him out."

That's one of the best reasons I've heard for making a daft mod. It's the work of Petter Vilberg, who worked on Crusader Kings 3 (and told the tale of the Party Baron).

Available from CK3's Steam Workshop, Tony Hawk's Pro Crusaders 1 + 2 lets rulers pick up the new lifestyle trait Skater. Hit the skatepark and you can both level up your skillz and relieve some stress. It adds new skating-related events too, from going for the world's first 900 to encountering a rival at the skatepark. 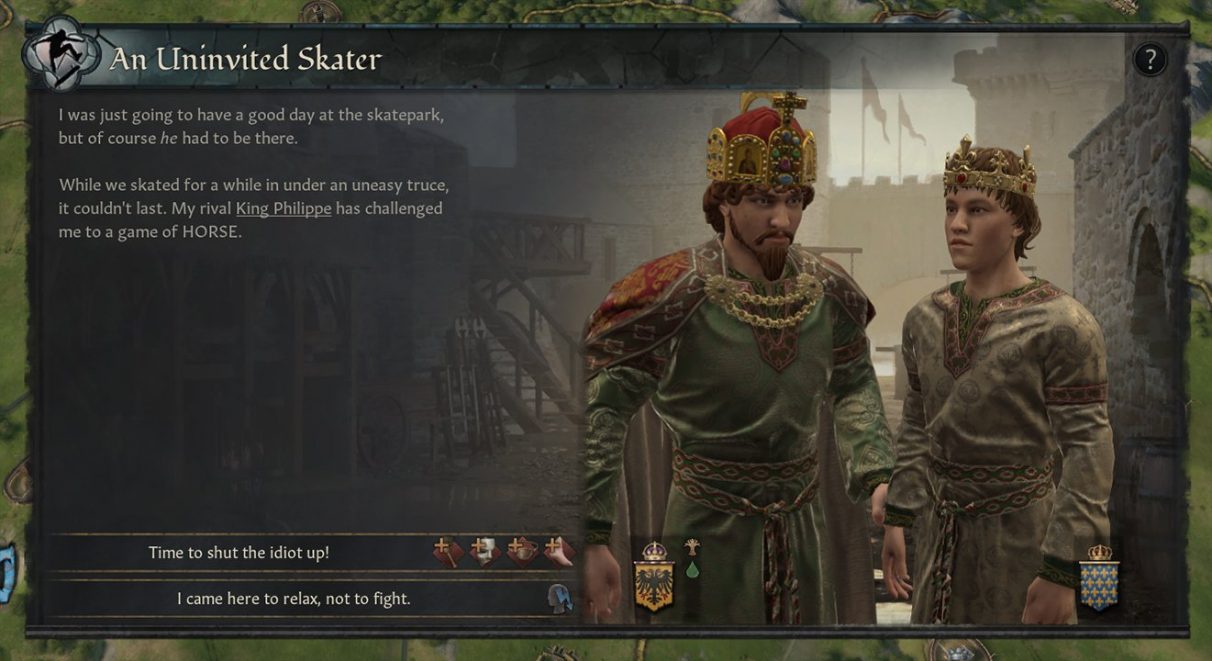 Fingers crossed the Pope decrees that Heaven is a half-pipe.