At some point, Cyberpunk 2077 has to evolve from a visually impressive - yes Keanu, even breathtaking - world and into something more interesting. I want more than meat and gun oil: I want moral dilemmas and a thoughtful exploration of transhumanism. More importantly, I want the game not to lean on racial stereotypes. After CD Projekt Red's latest E3 demo, I'm concerned on both fronts.

I have seen the face of Cyberpunk, and it's got blemishes.

We wake up with Keanu Reeves in our head, a biochip that might contain the secret to immortality, and a mission to find out more about it. Keanu is actually Johnny Silverhand, a "digitised construct" that stays with us for "a very large portion of the game". He's a technoghost that occasionally makes snarky comments. The demo was off to a good start.

We choose from one of three backgrounds. The developer guiding us through our demo mulls over a life spent on the streets, or being ex-corporation (corpo, in cyberlingo). This comes into effect straight away, as our corporate history greys out a street background conversation option. It doesn't really matter, though. The "poor man" we've accosted directs us to the Voodoo Boys anyway.

They're a hacker group "obsessed with transcendence" - or sublimation, if you're into your Iain M Banks - and fixated on uploading themselves to cyberspace.

We're in Pacifica, one of six districts that will feature in the full game. It's a mess. Far from the thriving metropolis we saw last year, Pacifica is in ruins. It's all shanty towns and half-destroyed buildings. In one of the busier areas, a man yells and fires his rifle into the air. Nobody bats an eyelid.

We're soon face to face with Placide, a burly Haitian man decked out in dreadlocks and an uncompromising attitude. He's got the info we need, but he's also got a job for us - and first he wants to plug into us. Not in a saucy way, but a potentially disastrous one. The developer walking us through the demo says that most people in Cyberpunk have a personal link - a wriggly extendable cable in their wrist. “Handing that over to a skilled netrunner is like handing over the keys to your brain to someone", he says. V goes ahead and offers up his arm anyway.

Now Placide is in our head too. He tells us we have to go check out a van that’s being guarded by some hired muscle: meatheads, he calls them. "Animals", he calls them next. It's their faction name, it turns out, and they're obsessed with juice. The nature of the juice was not specified.

I'd later ask quest director Mateusz Tomaszkiewicz if the factions are more nuanced than they appear. So far, they've all been defined by one fixation: juice for the Animals, uploading themselves for the Voodoo Boys. He told me that nuance would appear over the course of the game, and that the Animals would appear again under different circumstances. He didn't give me any examples of that nuance, mind. 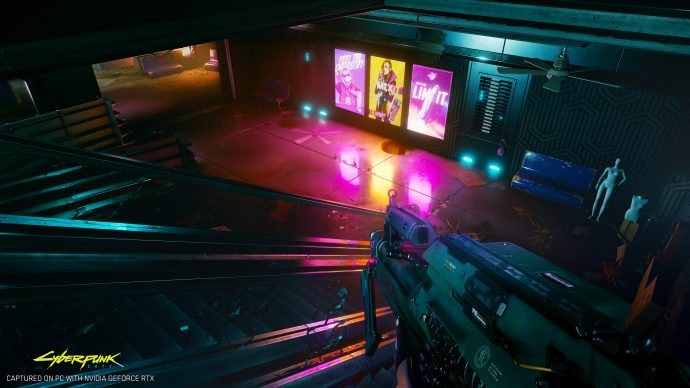 Back in the demo, our character hops on a motorcycle and rides over to the Animal's base. We head in via the back, although our guide tells us there are multiple ways in. We're sliding between cars, so far undetected, and this allows us to sneak up on a guy, knock him out and shove him down a trash chute. You can apparently complete the whole game without harming or killing anyone, though it's hard to see any but the most dedicated pacifists not even knocking goons unconscious.

We’re playing as a Netrunner, which means we can hack turrets. It’s a little disappointing that the first example of hacking is so mundane, but soon we're tapping into robot boxing trainers and gym weights. The robot punches someone’s face off, and a poor fella who's working out gets his neck crushed. It's neat, but very Watch Dogs - you're not being creative, you're just walking up and pressing a contextual hack button.

At this point, the demo resets to before we infiltrated the compound. Now the person playing is controlling a “Strong Solo” character type, who immediately demonstrates this by tearing two doors open with her cyberarms. We’re discovered soon after, as a stealth attack goes awry. We punch that man to the floor, then stab another Animal many times with a broken bottle as they try to run away from us. It’s horrible.

The stabbing causes V to level up, and the person playing the demo opens up a menu with twelve options for skill points, though we don't get a good look at them. Once the menu's closed, a man comes at us with superhuman speed, but we grab hold of him and advance on a turret as it riddles his body with bullets. Then - because again, we're very strong - we rip the turret off its base and turn it on the Animals. At this point, I feel increasingly uncomfortable that we're shooting at predominantly black people labelled as animals. 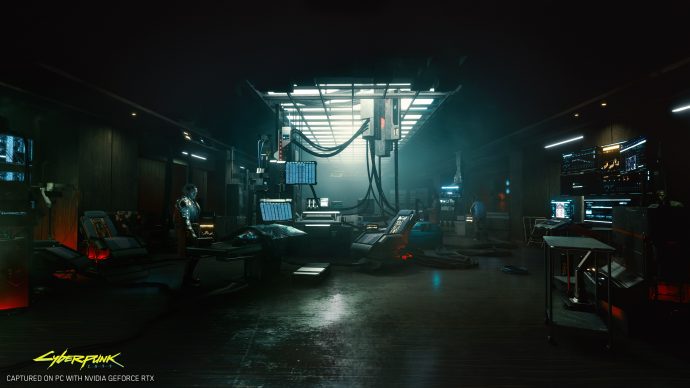 On a very different note, the shooting looks limp. Bullets pile into people as their healthbars tick down, each shot lacking impact despite goon after goon tumbling to the floor. I'm hoping I won't need to resort to my gun too often, though: abilities like that turret manhandling spice up what looks like piddly gunplay.

When the demo later switches away from the strong character type and back to controlling the Netrunner, we get up to some more interesting hacking. We use that wrist cable - now in glowing orange "Nanowire" form - to hack someone from a distance. This opens up a menu where we can overload their cyberware, jam their targeting systems, track their squad's movements, or deploy a handful of other tricks.

Once our cover's blown, we start hacking people's robo-arms, making them prematurely pull grenades or shoot themselves in the head. It is, again, horrible. Pleasingly so, on some level - but it's a shame that this is the main side of Cyberpunk we've been shown. Plunging into dens of violence, then revelling in the cyber-gore.

I asked Tomaszkiewicz for examples of quests that explored the kinds of questions I'm interested in. Questions less like "how many people can I chop to bits at once with my Nanowire", and more "what are these cranial augmentations doing to my identity". He gestured towards transgression as a theme, and the city as an antagonist that "grinds people up and spits them out". It's understandable that he didn't want to talk about specifics, but frustrating that he couldn't point to anything more interesting. 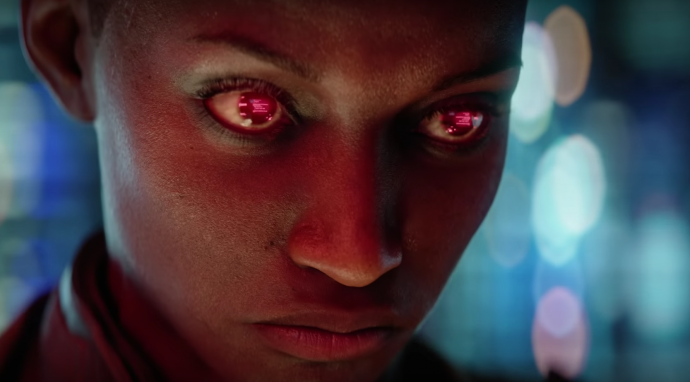 I'm also increasingly concerned about Cyberpunk's handling of non-white cultures. Last year's Gamescom demo drew criticism for its clumsy and inauthentic presentation of a Latino character, and I'm not convinced the Voodoo Boys are a step in the right direction. At one point V, the player character, mockingly says "and who are dem" in response to Placide's pronunciation. I asked Tomaszkiewicz if he was concerned they weren't treating certain cultures with enough respect.

"Obviously we're paying a lot of attention to representing different groups respectfully. You know, there's always a risk. Of course we have it in the back of our heads that we need to be careful about this. We are contacting different consultants to learn about specific groups, and our company has a variety of people with different beliefs. As for The Animals, if you play through the game you'll see that they're not mostly black people, it's mixed."

He told me that most of the city were mixed race, but the backstory for this particular area concerned most people being immigrants from Haiti. By itself, that would be fine. But near the end of the demo, we meet a white man in a suit and tie who gives us the information we need. He also tells us the Voodoo Boys are going to turn on us the moment we've done their dirty work - and is immediately proved right.

The violent black thugs betrayed us, as the corporate white man said they would. If CD Projeckt are trying to subvert expectations - if the punchline is, but sometimes the thugs are really thugs - then it’s not one that lands.

It was hard to suppress excitement at last years demo. I had to fight to remind myself of the artifice, to look past the intricate bombast and see the sporadic wall destruction and implausible drowning animations. We've still seen only another small slice of a game that will be dozens of hours long, but after this year's inconsistent combat and questionable representation, my expectations have been tempered.