Not content with blowing everyone's socks off last year with Divinity: Original Sin 2 (see Adam's rightfully gushing review here), Larian Studios are putting in some serious man-hours on improving it for the upcoming Definitive Edition re-launch. This isn't just a little bit of spit n' polish work, but a major rewrite of large chunks of the game, an across-the-board rebalance, and even some brand new things to see making a return to Rivellon at the end of August all the more tempting. Today they detailed most of the big changes in this Kickstarter update and the video within.

The biggest changes to the game are coming in its fourth and final act; the City of Arx, with the endgame section and epilogue having seen probably the most comprehensive changes. It's undergone a major rewrite (and re-record of spoken dialogue) to flesh out motivations, and the Tag system's usage has been ramped up so that you can make more character-appropriate decisions during the final stretch. They've also restructured it somewhat, improving some old fights and adding some entirely new battles, including a proper boss fight against the Kraken, as seen up top.

It's not just the ending of the game that's getting an overhaul. To ease new folks into the (admittedly very complex) web of systems that make up Original Sin 2, the tutorial-filled ship you start on has gained a whole new deck to explore, full of new characters to interact with and lessons to learn before you're unceremoniously dumped onto the shores of Fort Joy. The frequently-criticised quest journal has also been overhauled and heavily rewritten, giving you a much better idea of where you are and what you're meant to be doing.

There is one chunk of entirely new content on its way, coming as a bit of free DLC for existing owners, and those who pre-order it on consoles. Sir Lora the Squirrel Knight is a new NPC who wants to recruit you to his cause, although you'll need the Pet Pal perk to communicate with him. He's on a grand (and potentially very silly) quest to save the world from the coming of the Great Acorn. While he sadly doesn't engage in combat (he's a squirrel), he does keep pace atop his skeletal cat steed. Here's hoping he'll be usable in GM mode. 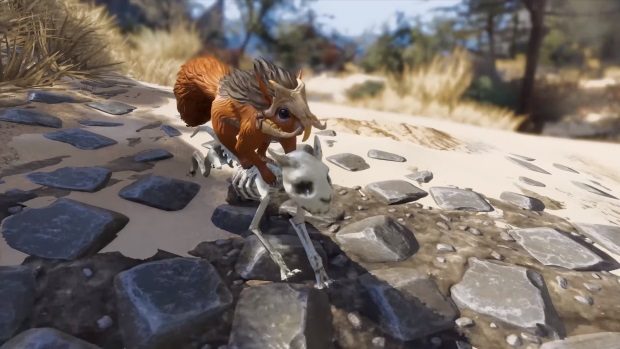 On the aesthetic front, while the game won't be getting any prettier (it was nice enough to look at already), squeezing the game down onto consoles has led to a lot of optimisation tweaking and tuning, meaning that hitting 60fps or higher on PC is going to be easier than ever. While visuals are staying the same, the soundtrack is getting some extra love, with each of the pre-made main characters having their own personal theme that evolves over the course of the game, and can be heard in a few key locations.

The Definitive Edition is far from Larian's only project now. The company now runs four whole studios around the world (including one in Ireland that swallowed up Adam), and the company is hiring for multiple game projects that have yet to be formally announced. Considering their track record so far, and the fact that Adam is now among their writing crew, I cannot wait to see what they have next. Maybe I'll have finished playing through the Definitive Edition by then.

Divinity 2: Definitive Edition will be launching on August 31st, and will be a free update for anyone with the original version, along with the Squirrel Knight DLC. You can see a full summary of the coming changes here.