So Doom Eternal has been put back a few months into an already busy March period. Not the best of things to have to report, but at the very least, those who will be getting the game via a pre-order are now getting a port of Doom 64 as an apology. Below is an updated version of everything you need to know about Doom Eternal. 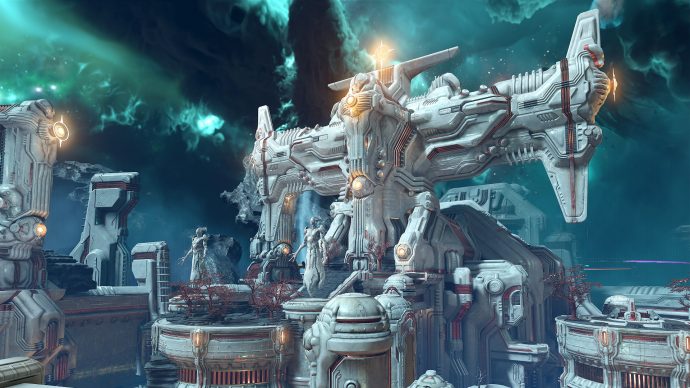 Doom Eternal - everything you need to know 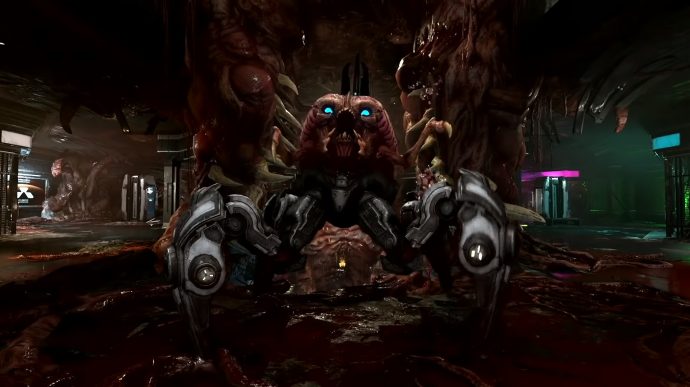 You now have a bit of a wait on your hands for the Doom Eternal release date. It has now been delayed until March 20th, 2020.

An update on DOOM Eternal: pic.twitter.com/2LWrfh6e4Z

While it was going to be November 2019 as of Bethesda's announcement at E3 2019, but some extra time has been required.

During last year's QuakeCon, we got some Doom Eternal gameplay footage. There will be twice as many monsters in this one, with degradation in their character models as they're damaged. The Doom Slayer has new weapons to contend with the fact that everything's gone to pot.

Secondary fire has also returned from the previous Doom game, including a grappling hook that's attached to the Super Shotgun, but another big new feature is that you can now climb certain walls.

It's also more arcade-like in nature, with extra life power-ups and abilities that trigger when certain actions happen. For example, there's a punching ability that allows for the Doomslayer to punch things really hard after a takedown kill.

It's not just taking place on Earth though, as the Doomslayer will also journey through a UAC space station before touching down on Phobos - a highly industrialised planet filled with the demonic hordes.

This part of the trailer is also where we first meet the marauder - a demon that suspiciously looks like the Doomslayer and is armed to the teeth with fiery powers in the trailer, and a double-barrelled shotgun, and what looks like a plasma axe from the concept art.

But of course, you probably want to know how it actually feels to play. You can check out the RPS video team's impressions in the video above.

Since the teaser trailer at E3, id Software and Bethesda have only shown off the game as part of the gameplay reveal at QuakeCon 2018.  It's a very high-octane video. Given the tone of the previous Doom, it's unsurprising that there is some rather dark humour in Doom Eternal.

An overhead speaker transmitting messages about humanity's transition to the demonic side, such as "Remember, "demon" can be an offensive term. Refer to them as 'mortally challenged'."

All of this is accompanied by a new soundtrack overseen by Mick Gordon, who stated the following in an interview with VGR:

“I always feel really disappointed when I play a game and I think the music is great, and then by the time the second one comes around, the music is completely different and it loses the feel of what you liked about the game in the first place. We spent so much time defining the sound of DOOM, we’re not going to abandon it now.”

The one saving grace for the delay is that we got more information about "Invasion" mode. It'll still be coming to the game, but won't arrive at launch. The idea is that at any point, other players will be able to invade your campaign playthrough as monsters.

There's also the new multiplayer mode - BattleMode - where two players as demons would face off against one Doom Slayer over the course of multiple rounds. Demon players would then be able to summon the hordes of the damned to try and stop the Doom Slayer, while the Doom Slayer just goes around butchering everything in sight.

Bethesda later clarified the demons you can fight the Doom Slayer as during their QuakeCon 2019 presentation. As for the demons you can play as from the get-go, you'll be able to use the Revenant, Mancubus, and the Pain Elemental. They have their abilities but also are able to summon demons to cause more stress to the fully loaded Slayer, who has every single upgrade on top of their weapons. They also confirmed that new demons and maps are being released after launch for free.

The Doom Slayer has the use of jump pads, monkey bars, and portals to aid in isolating demons, and will need to kill both in quick succession as they can respawn if let too long. 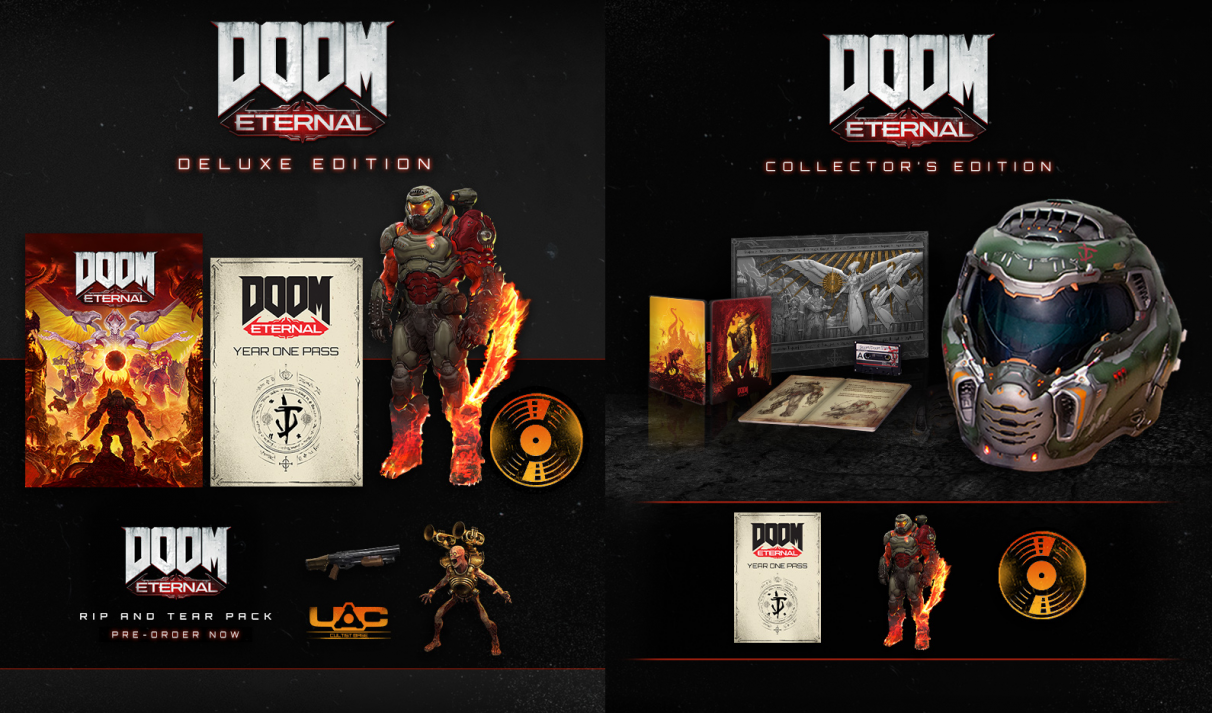 The Doom Eternal pre-order is open now, with both regular and a Deluxe Edition available both from Bethesda's store and Steam. Both are also available in physical form from retail shops. The Deluxe Edition includes:

As for the Doom Eternal Collector's Edition, we now have a confirmation that the original availability was an oversight and that there are now pre orders open for the the £199.99 version at GAME. It is still unavailable in Denmark and Finland for PC. It's available as normal everywhere else as far as Bethesda's own website states. It includes the following items:

The Doom Eternal pre-order includes the "Rip and Tear pack", which includes a player and weapon skin, as well as the "Cultist Base" master level. We don't recommend that you preorder games as it's better to wait for reviews, though the collector's edition's helmet could make that edition somewhat sparse.

Also, as an apology for delaying the game until 2020, Bethesda have confirmed that all pre-orders now come with Doom 64. 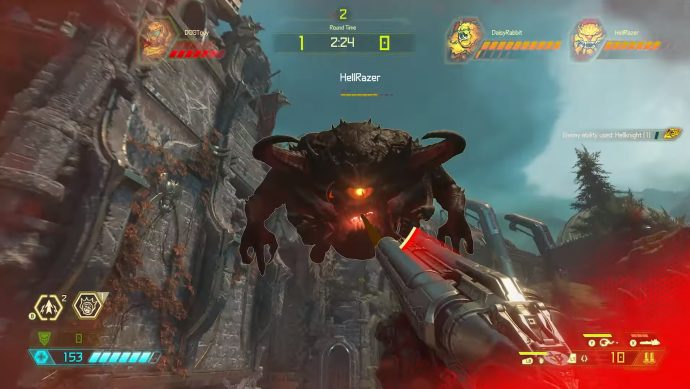 Announcing the #DOOM Slayers Club, a brand-new fan club that will offer rewards, contests, and prizes for fans. Just by signing up, you'll receive the Zombie DOOM Slayer skin to use in DOOM Eternal, available at release. #DOOM25https://t.co/JpVHYUDYOW pic.twitter.com/Jd7ImnTvyR

What is the Doom Slayers Club?

There was also an announcement of a "Doom Slayers Club". To celebrate Doom's 25th anniversary, Bethesda opened up membership to the Doom Slayers Club that offers goodies for fans. There's even an exclusive skin that you can get to use in the game once it has been released. 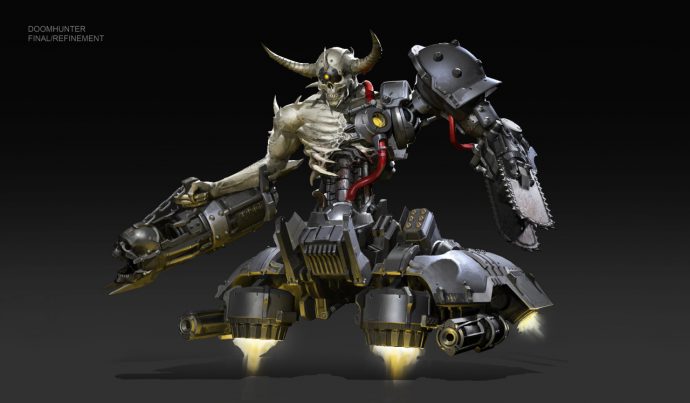 The reboot of Doom in 2016 gave us plenty of re-designed classic enemies, including the likes of the Revenant, Imps, and Pinkies, but Doom Eternal looks to bring back some that didn't make it in the reboot, and all new demons for the Doom Slayer to annihilate. 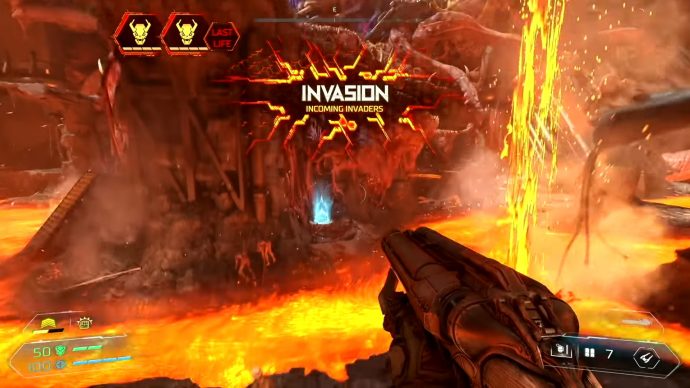 Is the Invasion mode still in Doom Eternal?

Your guess is as good as mine on that one. Id Software haven't said a big deal about it since last year's QuakeCon. When we first saw Doom Eternal gameplay, there was a short bit in the middle of it where the game signalled invaders coming into your game to try and kill you.

The idea is that you take on the role of a monster, with the techniques and arsenal that an AI-controlled version would have, and are tasked with stopping the human-controlled Doomslayer. Naturally, they outnumber you, but you're packing a lot of heat, so it's likely that you have the overall advantage.

They did clarify this at the time by saying that this is just one of the ways you can play with your friends, but since then all we've heard about of Doom Eternal multiplayer is Battlemode. 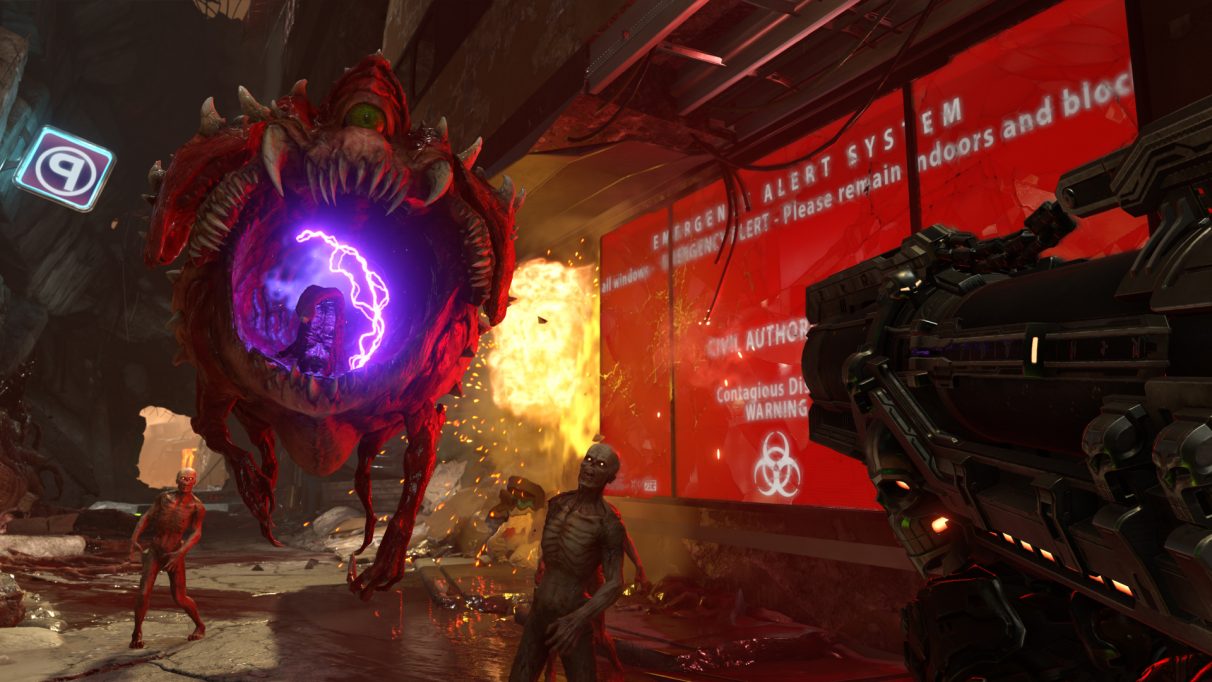 Will weapon mods be returning to Doom Eternal?

Yes. In an interview with Eurogamer, Marty Stratton described the new weapon and suit upgrade system as:

Refined is probably the best way to think of it. A lot of those things worked but there were things, as we played more, and as we watched people play, we were like, 'Let's tighten this up,' or, 'Let's make this a little more accessible to people.'

Runes were one of those things. We didn't see as many players [using them]. Several times it was like 'you just missed probably the most fun rune in the game' because it was tucked away and then you had to do a challenge to get it. We're trying to make that a little bit more within arms' reach.

Is that the guy who did Mortal Kombat's round announcing in Doom Eternal Battlemode?

Well, it's impossible to say for certain at this point. After all, the cast list has not been uploaded yet to the likes of IMDB. But this did get a few heads scratching during the Doom Eternal multiplayer Battlemode teaser trailer.

Examples of where this whole confusion comes from can be found at the 35 second mark, and the one minute and three second mark. It does sound either a little like Mortal Kombat 11's default announcer or Steve Ritchie - who did Mortal Kombat II and all of the Mortal Kombat 3 games. Your guess is as good as mine though as to whether it could also be a soundalike.