On this fine Friday afternoon, join me as I descend into the morality swamp. Around five days ago, the organisers of Dota 2 tournament WePlay Pushka sent a copyright strike against "Coldfox", a YouTuber who broadcast the tournament on his personal channel. Coldfox recorded the tournament from in-game, separately to the organiser's stream, and says he obeyed all of Valve's rules. Valve have previously said only they are legally allowed to send DMCA takedown notices against such content. After at least 48 hours of the videos being taken down, WePlay rescinded the copyright notice.

On the one hand, this is a story about an individual YouTuber being jerked around by people who either don't understand how the law works, or knew and went ahead anyway. On the other hand, it's also reopened a whole can of worms about what streamers should be allowed to do with other people's tournaments.

You can see Coldfox's side of the story here, along with a response from WePlay. He insists he follows "all Dota broadcasting rules" by showing the match from Dota 2's live in-game spectator system, DotaTV, and using nothing WePlay added to it. WePlay say that "the tournament is an object of intellectual property" owned by them and what he's doing "violatеs our copyright by illegal commercial relaying of our content on YouTube." My understanding is that their response is mistaken about how copyright law works.

Because there's been confusion before around broadcasting games from DotaTV, Valve explained in 2018: "No one besides Valve is allowed to send DMCA notices for games streamed off of DotaTV that aren't using the broadcasters' unique content (camera movements, voice, etc)." Which Coldfox insists he doesn't.

The issue is somewhat muddied by the way WePlay claim Coldfox monetised his videos. They weirdly point to a screenshot... not of Dota 2. But it shows he's had an affiliate link and accepted donations, which WePlay claim is against Valve policy on commercial use. Valve did say in 2017 that they think people shouldn't broadcast DotaTV matches "in a commercial manner or in a way that directly competes with the tournament organiser's stream," and that they shouldn't have advertising or sponsorships. That's vague. Any stream is arguably competing with the organiser's, even if it's broadcast afterwards, because people might reasonably choose to wait for the stream with the personality they like. Plus, we're talking about people who make their living from streaming, here - of course they're streaming in a commercial manner.

Valve said in 2018 that they wanted the broadcasting rules to be "flexible" to allow "up and coming casters" or "community figures" to "occasionally" broadcast DotaTV matches, but not to "allow commercial organisation like BTS to compete with the primary stream." Does Coldfox cross the line? And is it WePlay's place to decide? After all, Valve said: "It'll be our judgement alone on who violates this guideline and not any other third party's." 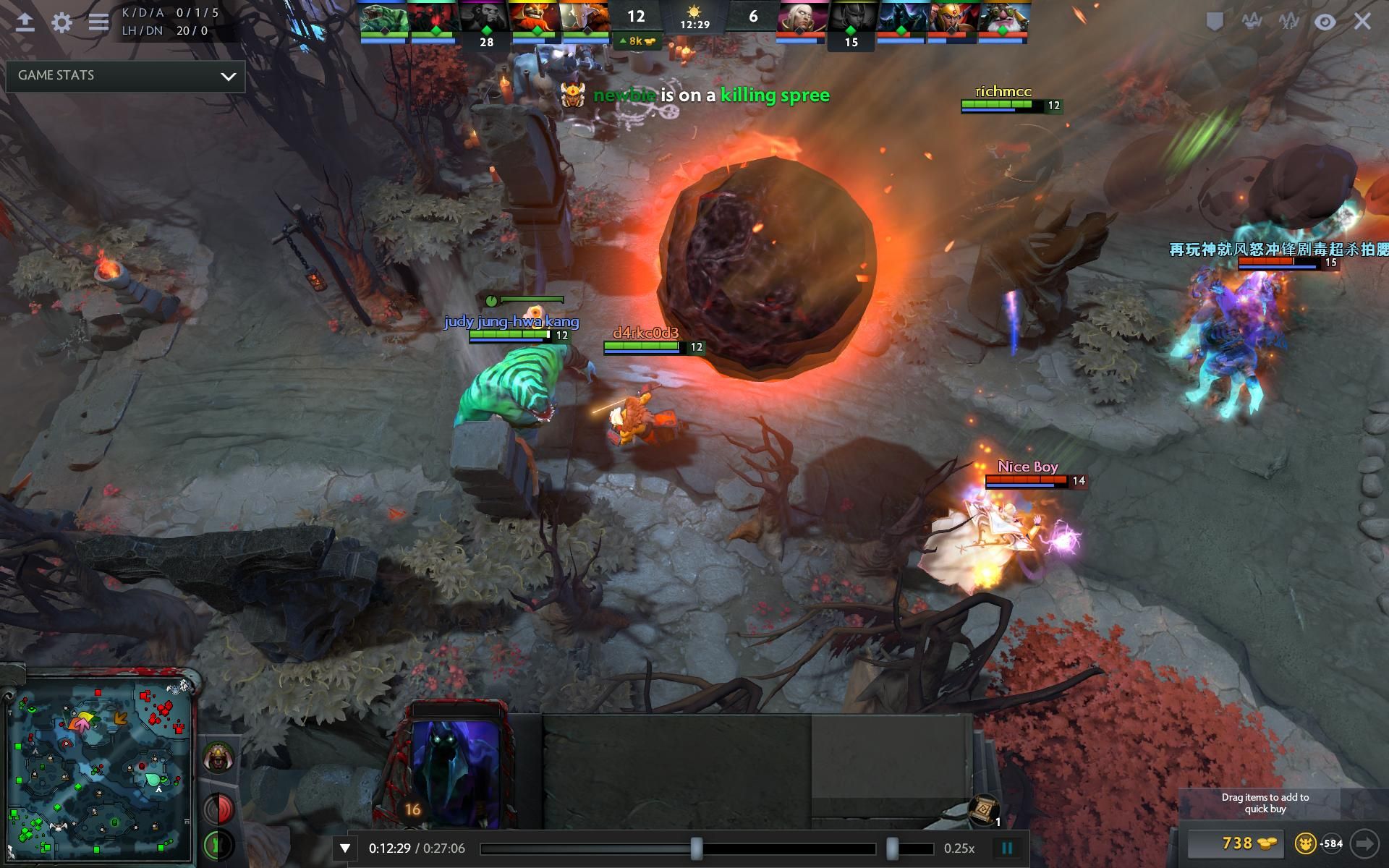 Valve's stance does seem like a not-awful, albeit flawed, compromise between the interests of different groups.

Obviously both groups are partly in this for personal gain, and that's not intrinsically bad. Everyone needs to make a living. But beyond that, both groups are also attempting to make a case for why their way is ultimately best for the health of esports and competitive Dota 2. Streamers generate more interest in the game, and make more people likely to watch future tournaments. At the same time, they're undeniably cashing in on the work of the organisers, even if they obey all of Valve's guidelines.

I think the case for the organisers is stronger. I like this piece by Cristy Ramadani, which gives a nice overview of the situation and brings up some worthwhile points. It's easy to assume event organisers are raking in huge profits, because events are often high-profile and bombastic. But their margins are (probably) small, and allowing streamers to take viewers away from their feed is going to impact them to some degree. Where it can really bite them, though, is in making it more difficult to make money through sponsorship deals.

ESL vice president Ulrich Schulze raises that issue, along with other valid problems with Valve's stance in this Twitter thread.

So, where have we landed? WePlay shouldn't have sent Coldfox a DMCA copyright strike. But should he have been streaming WePlay's tournament in the first place? Potentially not.