Fans of wholly unrealistic representations of ancient Chinese combat rejoice! Dynasty Warriors 9 is out now on Steam. The journeyman hack-and-slash series, which began life as a straight-up tournament fighter on the original PlayStation, had its previous PC installment land on Steam back in 2015 in the form of Dynasty Warriors 8: Empires.

For the uninitiated, Dynasty Warriors is a game in which you take on hundreds of enemies at once, while a story unfolds against the backdrop of China’s Three Kingdoms Period. It's the era where Total War is planning to flex its strategic muscles. This new installment promises to take you on a tour of ancient China via a newly introduced open-world map. It also sports a new combo system and 90 playable characters. 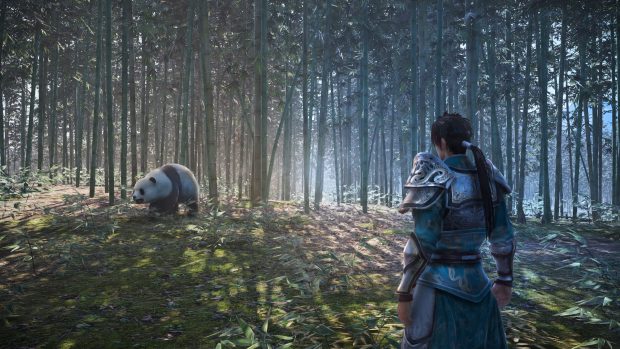 For me, Dynasty Warriors is reminiscent of a simpler time in gaming, when the infantile fun of juggling multiple peasants on the end of a pike for hours on end was all one’s heart desired. It’ll be interesting to see just how the open-world mechanic affects the arcade-fun of the Dynasty Warriors formula.

You can grab Dynasty Warriors 9 right now on Steam, where it currently has 10% knocked off the price tag. I’d recommend having a controller of some sort ready for this one though, it’s gonna be a total nightmare to try and wrangle a mouse and keyboard around those controls.