An explorer in Elite Dangerous has ventured into the void between galaxies, seeking to break the record for travelling the furthest distance from our own sun. But due to a miscalculation, they’ve run out of the fuel necessary for a return trip and are currently stranded further than any pilot has ever been from civilisation. Now the fuel rats – a collection of players who save player ships from dereliction by refueling them – are mounting an ambitious multi-ship rescue that will take two days to complete.

Commander Persera swam out into intergalactic space last week, she says in a forum post, piloting a ship called the Jack of Flames. The reason for the trip is simply to go further from Sol than anyone else (a previous record was set by one Commander Deluvian, who travelled 65,652 lightyears from Sol along a similar route). But also, she says, to bring a canister of mugs from the infamous Hutton Orbital space station into the void and leave them there. Just because.

It’s a long post and full of jargon, but it’s also written in full-throttle roleplay mode, which makes it a fun read for any fellow commander. At one point, she describes a previous ship, the Siderea Balneus.

“It’s supposed to be Latin for ‘Space Bathtub’,” she says, “but it’s probably not, as I don’t actually know Latin.”

Anyway, she soon reached Beagle Point, a community-named system at the furthest reaches of the galactic arm opposite Sol. This is where, you might remember, a huge flotilla of hundreds of explorers once headed as part of a massive expedition. 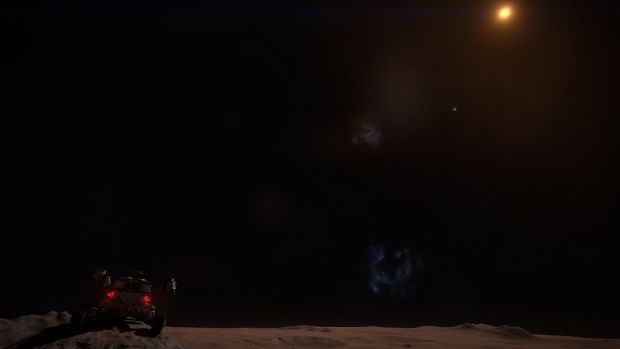 Of course, she wanted to go further. She decided to jump to Semotus Beacon – a binary star system further than any other that is currently reachable from the edge of the galaxy. From there, she’d engage supercruise – the faster-than-light form of travel normally used to close the gap between planets – and simply cruise out as far as possible. After flying for 21 hours, she had beaten Commander Deluvian’s previous record. On Tuesday, a full two days after setting her ship to cruise mode, she had travelled a total distance of 65,659 lightyears from Sol.

Then she looked at her fuel gauge.

But I was wrong about my fuel rollover.

Guess this is it. No return trip for me.

She still had some fumes in the tank but not enough to complete the journey back. This is where the fuel rats come in. They’re a group of players who head out to remote locations to fill up the tank of any stranded pilot who gets in touch. Through the forum and messages with Commander Persera they’ve calculated the tonnage of fuel needed to rescue her and added additional ships to the rescue mission. The idea is that one fuel rat will head out to her, while others will re-fill that rat en route. After all, both the Jack of Flames the rescue ship will need to save enough fuel to make it back.

And it’s even more complicated than that. All the other shipboard systems will burn fuel, even life support, so to stop wasting energy, Persea will have to stay logged off and out-of-game for most of the next couple of days while the rats supercruise towards her. Unsurprisingly, this makes her hard to spot for Commanders Highwaywarrior, TheUnkn0wn1 and Abish – the pilots of the principle rescue vessels. Every few hours Persea needs to log back in and broadcast her position to the rats (eleven lightyears away!) like so. 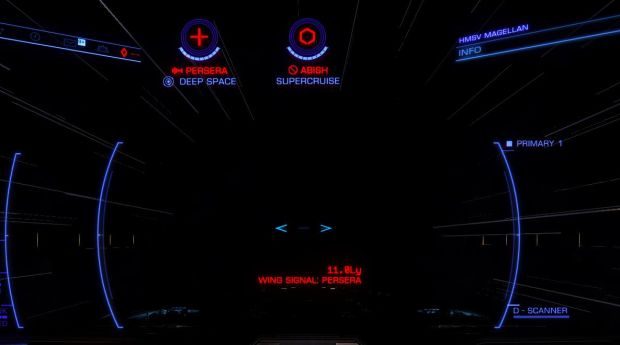 In the meantime the incoming rats might have gone off course by a few degrees, having had nothing to point towards as they cruise. They will also have to shut down non-essential systems as they fly, in order to save fuel. The whole mission is some seat of the pants NASA-style madness.

The rescue is ongoing and, again, the thread is worth glancing at even if you don’t grasp all the Elitist chatter. There’s response after response of pilots doing furious mathematics to find out how to get her home safely.