Fallout 76 may be on the horizon, with Bethesda preemptively warning players of 'spectacular' bugs, but fans hungry for a more traditional, solo apocalypse are well served today. Fallout: New California might technically be a mod for Fallout: New Vegas, but it's closer to a whole new game. Set out in the New California Republic twenty years before The Courier got shot in the face, there's a new map two thirds the size of New Vegas, and a branching, voiced story that developers Radian-Helix Media reckon can take between six and thirty hours to finish. Below, the trailer.

Formerly known as Project Brazil, New California has been in the works since the early days of New Vegas, which coincidentally just turned eight years old. New California tells the story of a new protagonist - the Star Player - a Vault-Ball player who (depending on choices made during the prologue) will follow broadly combat or science-themed stories. Later, players emerge into the wasteland and have to pick sides between the NCR, a raider warlord's army, the New Reno mob, the Enclave, the Shi and the Super Mutants, each with their own quest-lines and unique endings.

While designed to be near-standalone and  playable as just your sole New Vegas mod, New California's devs have provided a list of recommended mods to improve the experience. Among them is a personal favourite; Project Nevada, a sweeping systems overhaul which refines both the FPS and RPG sides of the game. Depending on how New California ends for you, they tease the possibility of continuing your character's story, becoming The Courier and leading back into the events of New Vegas. Even more ambitiously, the upcoming Fallout: The Frontier should be compatible too.

The current version of New California is officially a beta. It's feature-complete, but there's no playtesting environment quite as vigorous as putting it in the hands of thousands of eager Fallout fans. Save often in different slots, and expect the same bugs you would of any official Bethesda launch. There's no word on when an official 'final' release will happen - it all depends on how many bugs are discovered. I'm excited to try this out for myself, having been waiting practically since its announcement, but congested download servers means that may have to wait until tonight. 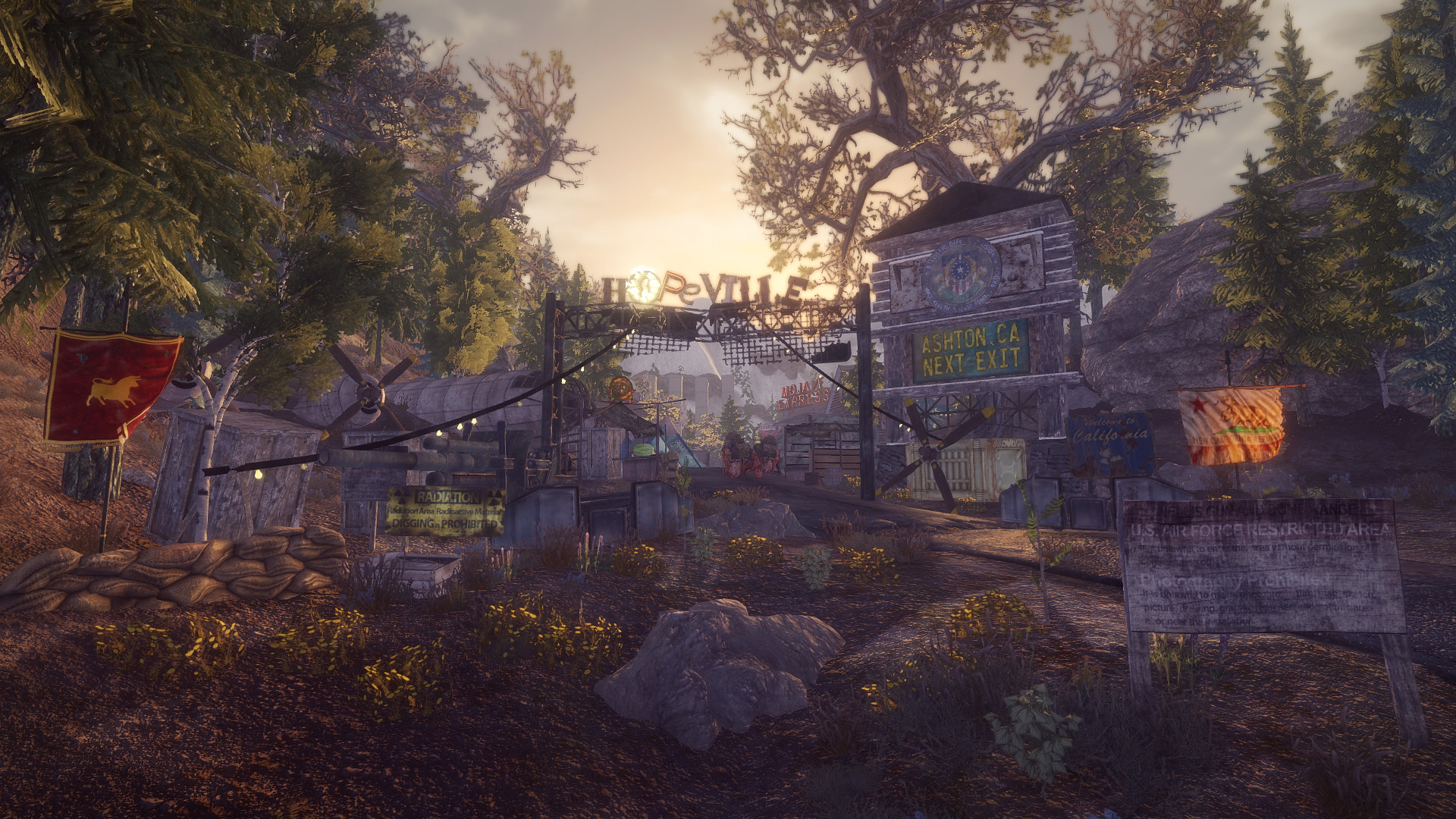 You can find Fallout: New California on both Mod DB and Nexus Mods, although both sites are creaking right now trying to serve up the hefty 6.6gb download. You'll need Fallout: New Vegas to play (no DLC required, but ideally the Ultimate Edition), which happens to be 40% discounted on Steam, bringing it down to £9/€12/$12 for the next day. Steam users will also need the Large Address Aware patch from the recommended mods list.