We might be devoting a lot of column inches to the good, good boys of Final Fantasy XV as of late, but let's not forget that its immediate predecessor is still one of the most successful MMORPGs on the block.

In-between expansions, Final Fantasy XIV is supported by massive episodic updates, each one effectively a small expansion. The second episode of the current season was so big, they had to split it in two. The first half brought cackling clown-god Kefka back for an encore performance, and the latter half (due to hit servers on March 13th) promises a new, larger kind of endgame experience.

The Forbidden Land of Eureka is a new zone coming in Patch 4.25. A 144-player instance geared around large-scale cooperative play, dwarfing even the recently-added 48-player MOBA-esque PvP mode. In this strange new land (based on a location from Final Fantasy 3 from waaaaay back in the day), even the regular monsters hit like trucks, and the roaming bosses could go a couple rounds with Godzilla before throwing in the towel. 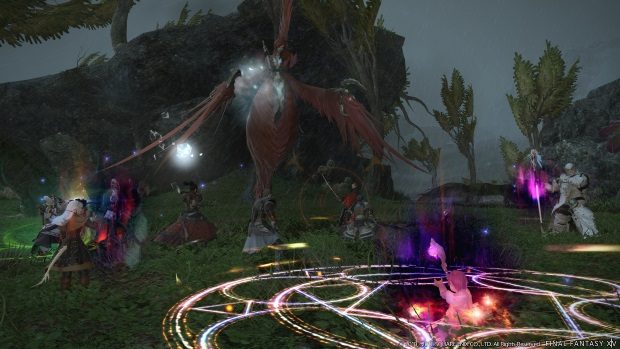 Just to complicate matters, everything in Eureka has a specific elemental affinity, giving it advantages far beyond even the highest-level monsters. In order to break through the defenses of tougher creatures, you'll need to attune yourself to a conflicting element by hunting smaller monsters of an opposing type, effectively adding a new kind of levelling. Just to make things even more intense, you can lose attunement levels if you go and get yourself killed out in the field and not revived by another player within ten minutes. This is not a place for lone wolves.

For the less intense adventurers, you'll also have a chance to meet back up with bumbling would-be detective Hildibrand on his latest nonsensical caper. Slapstick action, references to earlier games and pointlessly stupid and explosive solutions to complex, subtle problems are order of the day. Also mustaches...? 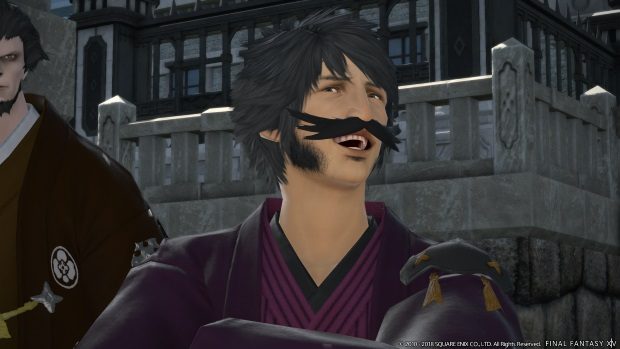 As for me, I'm slowly catching up on the game. When I last unsubscribed, I was about halfway through the second episode of post-Heavensward content. Without repeating anything (not a single dungeon returned to) I've easily sunk 20 hours more into the game and I'm still some ways from even beginning the latest expansion, Stormblood. This is a very large game.

Eureka will just have to wait a little longer for me. Don't hunt all the monsters before I get there, alright?

Final Fantasy XIV is available from all major game outlets, but for those curious I highly recommend the free trial, which brings players all the way up to level 35 - a key point in the story. Unlike other MMOs that supposedly 'don't get good until endgame', this trial includes at least 8 co-op dungeons and two major god-slayings, as well as access to the roguelike Palace Of the Dead minigame.