If two new mechanical keyboards weren't enough for you, esports giants Fnatic have also released a new pair of mice to go with them, the first of which I've got here: the Flick 2. As its name implies, this is the second generation of Fnatic's Flick mouse, now with a newer, grippier grip, a more refined symmetrical shape and a better, more accurate sensor. Let's see if it can break into our best gaming mouse rankings.

It's a lot more expensive than the original Flick, costing £50 / $60 as opposed to £35 / $35, but on the whole I'd say it's a much classier looking bit of kit. Weighing a comfortable 97g, the smooth plastic chassis sits very snugly under my palm, and its rubbery, perforated side grips bring a welcome sense of texture to its largely plain black design.

The three thin strips of white LEDs above the two side buttons are also quite a stylish and elegant way of indicating which of the Flick 2's three profiles you currently have active, and I also like the cheeky flash of Fnatic's trademark shade of orange that circles round the mouse's underside and lower edge.

Admittedly, I could probably do without the RGB-ified scroll wheel and Fnatic logo on the inner left side, but you can always turn them off using Fnatic's OP software if you prefer. Out of the box, those RGB lights are set-up to flash all colours of the rainbow, but you can also choose from any number of static colour options colours or get them to fade or pulse with as many different shades as you like. 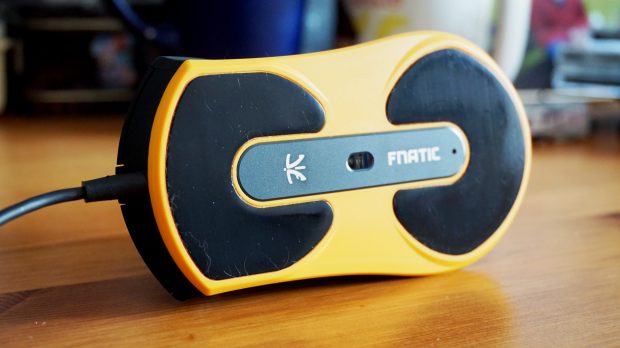 Now, Fnatic describe the Flick 2 as a mouse 'for everyone'. By comparison, the other mouse Fnatic are launching alongside it, the Clutch 2 (which I'll be reviewing very shortly), is very clearly defined as being right-handed. Sadly, it would appear 'everyone' still largely means 'not lefties', as the layout of the Flick 2's additional pair of side buttons is still very much biased toward right-handed players, appearing on the inner left-hand side of the mouse and nowhere else. This will no doubt come as a disappointment for any lefties thinking about buying this mouse, as trying to tap the side buttons with your little finger doesn't feel nearly as natural or easy as simply lifting up your thumb.

Still, the good news is that you can also use OP to reassign the functions of all six buttons, including the right and left click if you feel so inclined. By default, the two side buttons are set to go Forwards and Backwards when surfing the web, while the small one below the scroll wheel is your DPI profile button. However, possible alternative functions include activating keyboard macros (albeit only ones you've recorded using Fnatic's own Streak keyboards), launching specific applications and opening files or links, and you can even transfer any of your current button functions to another one by selecting the remapping tool.

You'll almost certainly want to change the Flick 2's DPI presets as well when you get it out of the box, as you only get rather slow options of 400 DPI, 800 DPI or 1000 DPI to start off with. Personally, I prefer a DPI setting of around 1600 for daily mouse work and browsing the internet, but you can turn it up all the way to 12000 DPI if you wish (or have bionic eyes that can actually keep track of such a bonkers fast cursor). 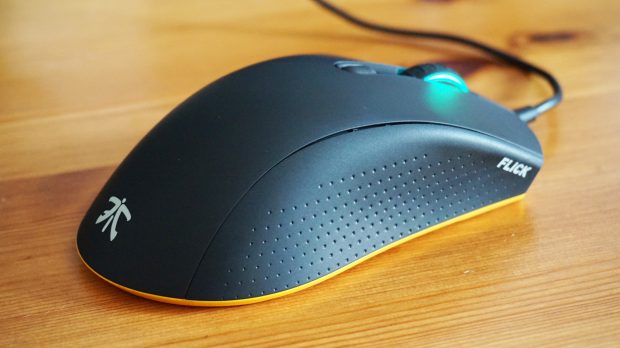 You can do this on the mouse itself if you're feeling particularly masochistic (holding down the side and DPI buttons for five seconds and then using the mouse wheel to scroll up and down in 100 DPI increments with no way of telling what you've actually chosen and then having all that instantly overwritten whenever I use OP to switch profiles isn't exactly my idea of a fun use of my time), but you'll save yourself a lot of grief by doing it through OP. Sort of.

Sort of, because OP's UI doesn't exactly do a great job at explaining what you can actually do with it. For in addition to changing the general DPI setting for each profile, you can also have separate DPI settings for horizontal and vertical mouse movements. All you need to do is just click the unlock button between the X CPI and Y CPI boxes - not that it actually tells you that, or gives you any indication that that's what it means.

I wouldn't recommend this kind of setup for general desktop work, of course, but short of having something like the Asus ROG Gladius II's little on-the-fly DPI thumb button, this is by far one of the most intricate bits of speed customisation I've seen in quite some time, so it's a shame Fnatic doesn't make this a bit clearer. It would take some getting used to, of course, but I can see it being useful if you're playing games and still want to be able to look around left to right super fast, but have instantly more precise control when inching your mouse up and down to line up that perfect headshot, or need to zip back and forth over a MOBA map but take a gentler approach scanning its various lanes. 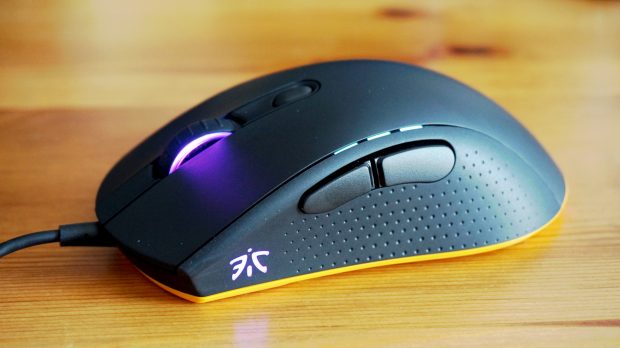 Thankfully, the Flick 2's polling rate options (ranging between 125Hz and 1000Hz) and lift-off distance adjustments are far more obvious, with the former being how often your mouse communicates with your PC and the latter being the number of millimetres the Flick 2's Pixart 3360 sensor can still detect your mouse mat when you move it off the ground, which in this case is up to 3mm.

Some, of course, will no doubt be disappointed that the Flick 2's 1.8m USB cable is integrated rather than detachable, but at least you get a two-year warranty instead of one here so you've got a little bit of extra leeway if something happens to go wrong or your cats think its rubbery surface would make a tasty snack.

All in all, the Fnatic Flick 2 may not actually be for 'every gamer' out there, but there's certainly a lot to recommend. Its OP software could probably do with a bit of work, but its DPI settings offer a lot more flexibility and customisation than other similarly priced mice out there, and its low-key design is a lot less embarrassing than many of its esports/gamer-orientated rivals. Personally, I'd rather pay a bit extra (£70 in the UK and $95 in the US) for the Asus Gladius II's little thumb button if I was going all out on DPI controls, but for those whose budgets don't quite stretch that far, the Flick 2 is a sound choice.